Over the last few years, Ulysse Nardin has been greatly expanding its Freak family (a smart move say I), and the latest member is the Freak X, which joins the Freak Out and Freak Vision. 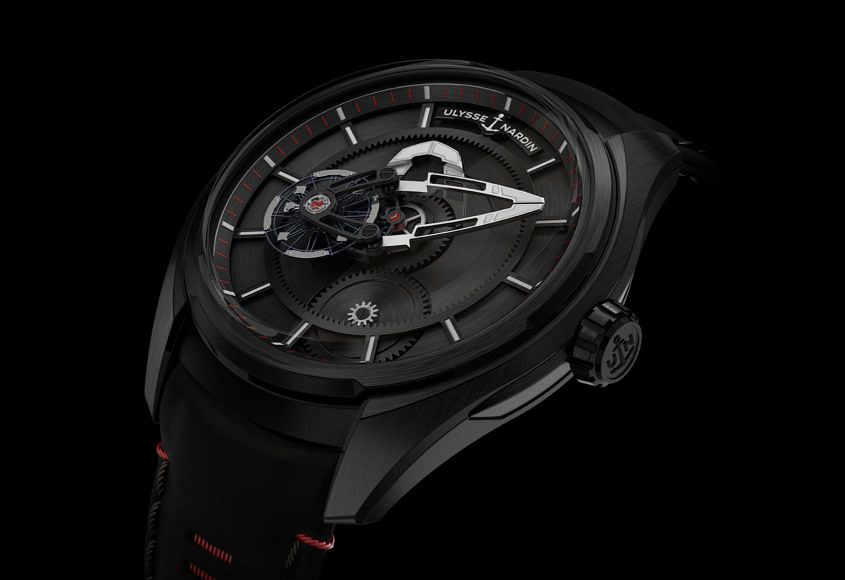 Now, before we break down this watch, a quick word about X, which is serving as something of a thematic moniker for the brand this year. It’s a good theme, evoking everything from mystery to gravity to (depending on how many Xs you use) eroticism. All things Ulysse Nardin is quite adept to translating into watch form. Though I can’t help but wonder if UN CEO Patrick Pruniaux is borrowing a trick from his former colleagues at Apple here. Either way, it works.

So, the Freak X. This watch is something interesting, and if you’ve been following the evolution of the Freak recently, somewhat expected. It’s something of a hybrid watch — a pared-back Freak if you will. The trademark carousel time-telling escapement (with silicon balance wheel) is still there, but it’s now a module on top of Ulysse Nardin’s UN-118 movement. But it’s more simple in execution than its siblings: there’s less gear and wheel action going on, and there’s a crown where you’d expect it — on the side of the case at three. But having said that, the overall effect is just as striking, especially in this black DLC-coated titanium case, which is sized at 43mm and rated to 50m of water resistance. 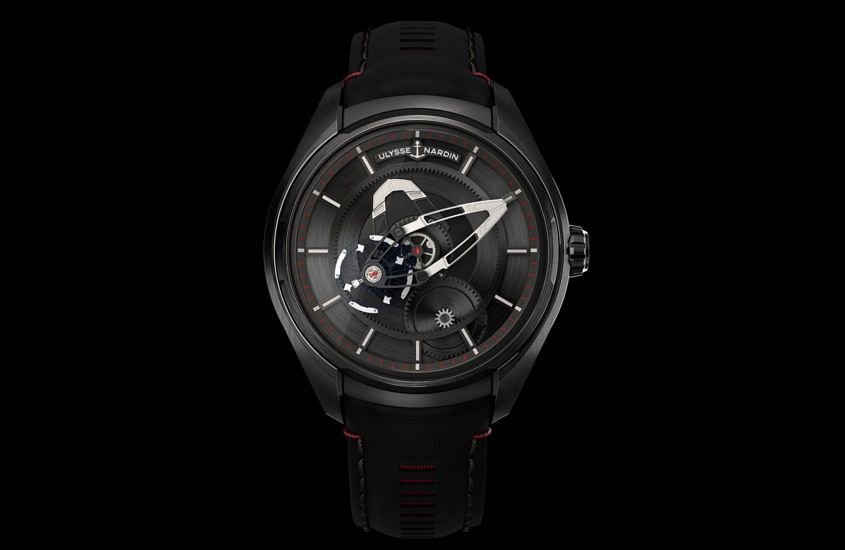 This is an exciting watch, as it honours the incredible pedigree of the Freak, but makes it accessible like never before. Viva la Freak!