Great design for a great price. That’s why the Timex Marlin is an understandable darling of the watch community, with clear historical connection to a collection that the brand produced in the 1960s. The Marlin journey was restarted in 2017 when they launched a manually wound silver dial version, with sword hands, an attractive sunburst brushed dial and charmingly elongated numerals at the cardinal points. In the years since, the same basic design has been re-expressed with a number of different dial and case colour variations, but in the closing moments of 2020 we get something totally new – the Timex Marlin Automatic California. 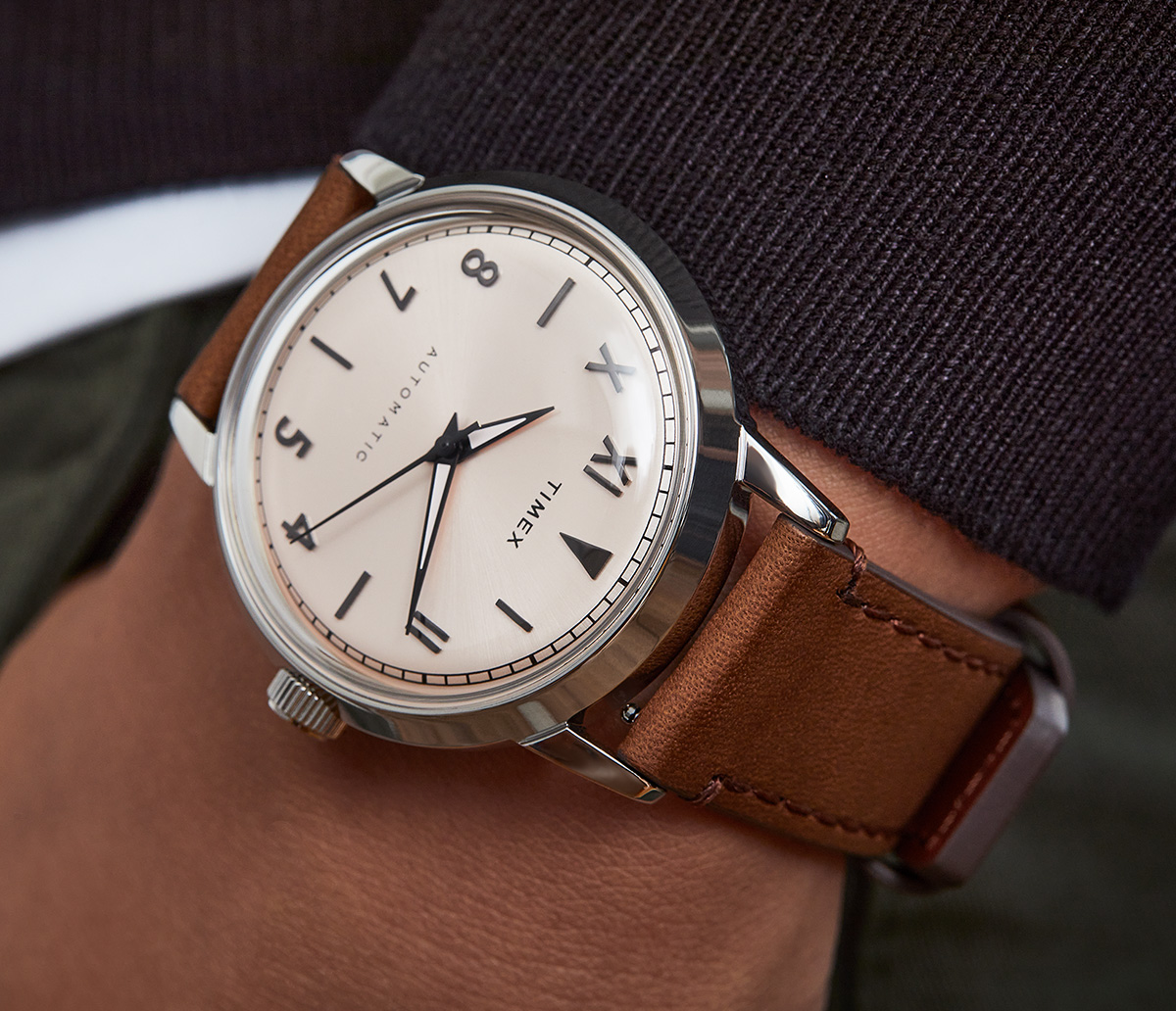 It’s a little bit of a mystery, with a few competing theories. The nickname isn’t because a Californian native came up with the design, but instead the most popular theory is that a dial company in California in the 1980s refinished a large number of Rolex Bubbleback dials with this design. The nickname stuck, even though brands like Panerai were producing dials with the design half a century earlier. 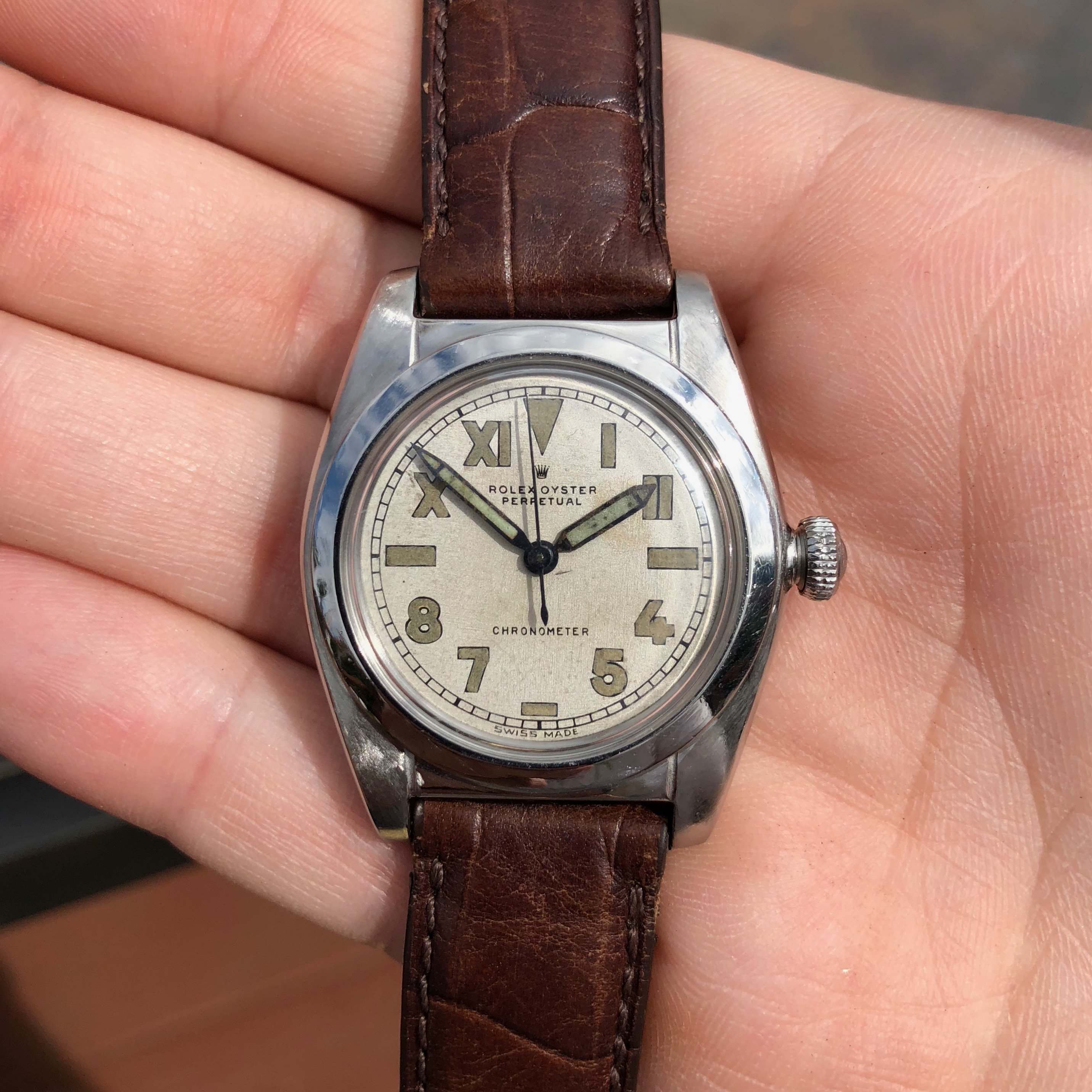 Regardless of the story, you can’t help but have your eye drawn to the strange mix of symbols on the dial, and the design seems to be having a resurgence more widely. I mean, even Apple has released a dial design for their Apple Watch that uses the same blend of Arabic and Roman numerals (perhaps a small nod to where the tech giant is headquartered). 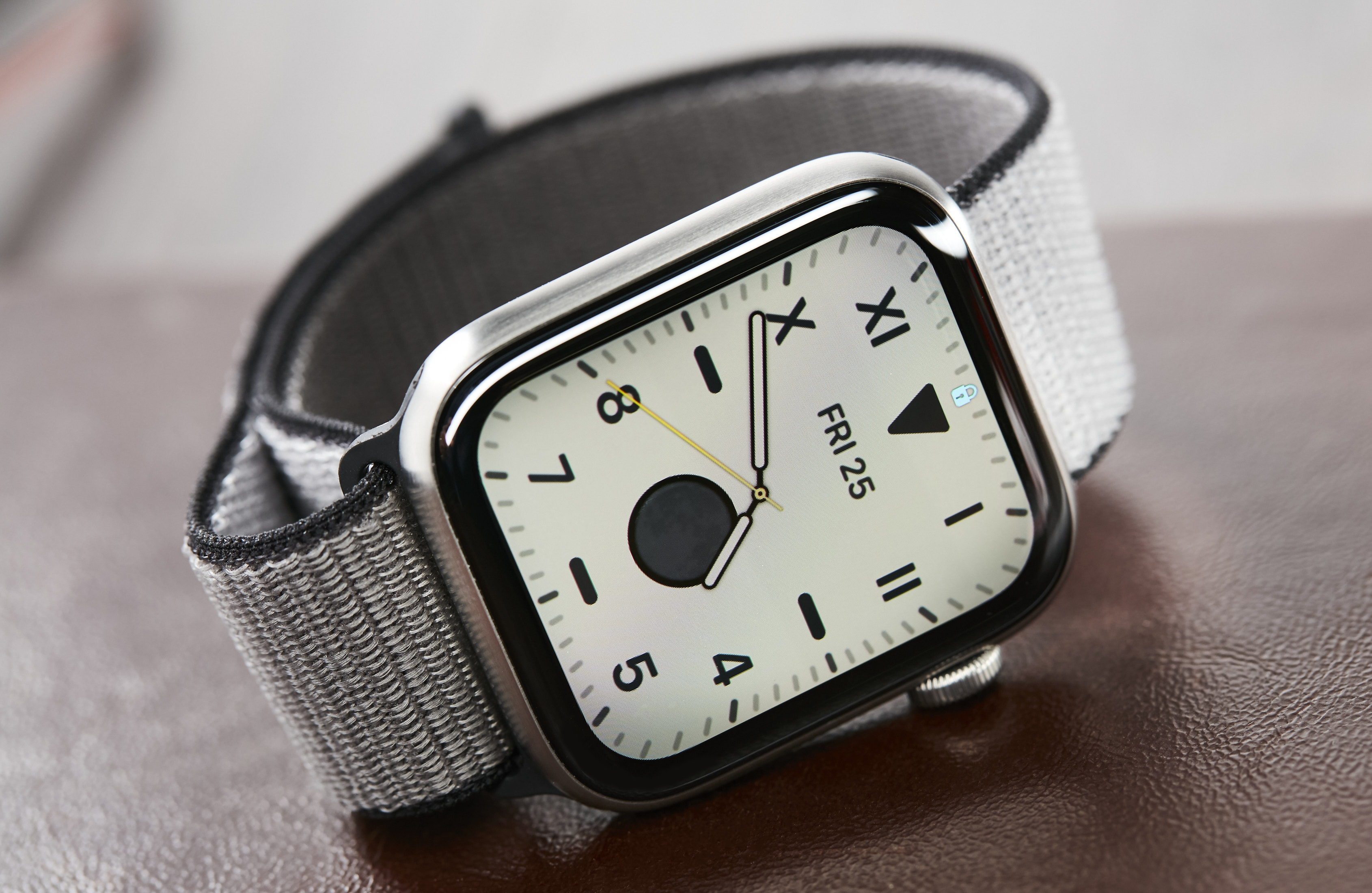 The Timex Marlin Automatic California comes in two different references, one in steel with a white dial and another with a black dial and a rose gold-tone case. Both watches are 40mm in diameter (a slight increase from their first 34mm Marlin released in 2017) and sits 13mm tall thanks to a heavily domed crystal over the dial. The automatic movement within the case isn’t likely to be hand finished or METAS-certified for the price, but still offers a decent 40 hours of power reserve which is more than enough if you’re adding it into a rotation. 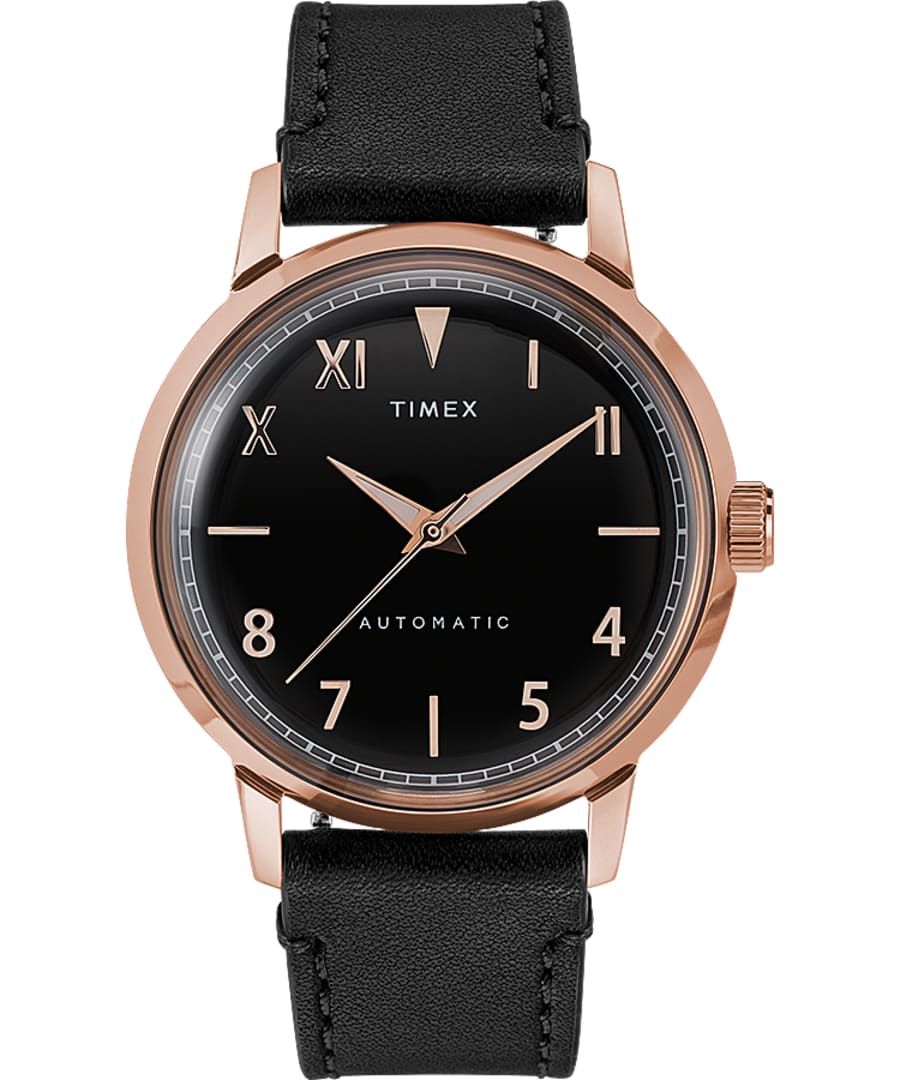 Timex has had a strong push into the watch enthusiast space over the last couple of years, diversifying their range to including the funky quartz Timex Q models inspired by the 1970s and the Marlin collection inspired by the decade earlier. With this dial switch-up, the direction of heritage reissues seems to be working for Timex, and it’s certainly working for the community of watch collectors, so here’s hoping they keep it up into 2021. 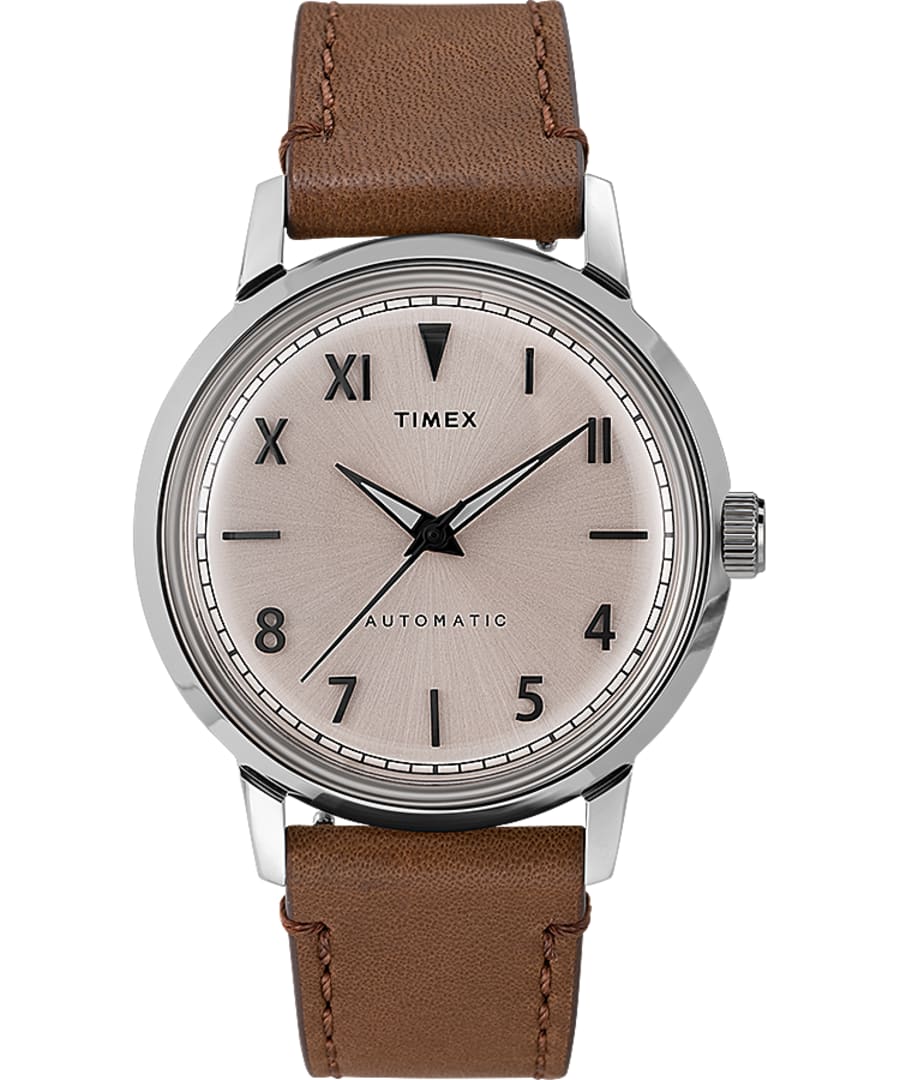 The Timex Marlin Automatic California is $249 USD for either reference, and is available now. For more details, visit Timex right here.