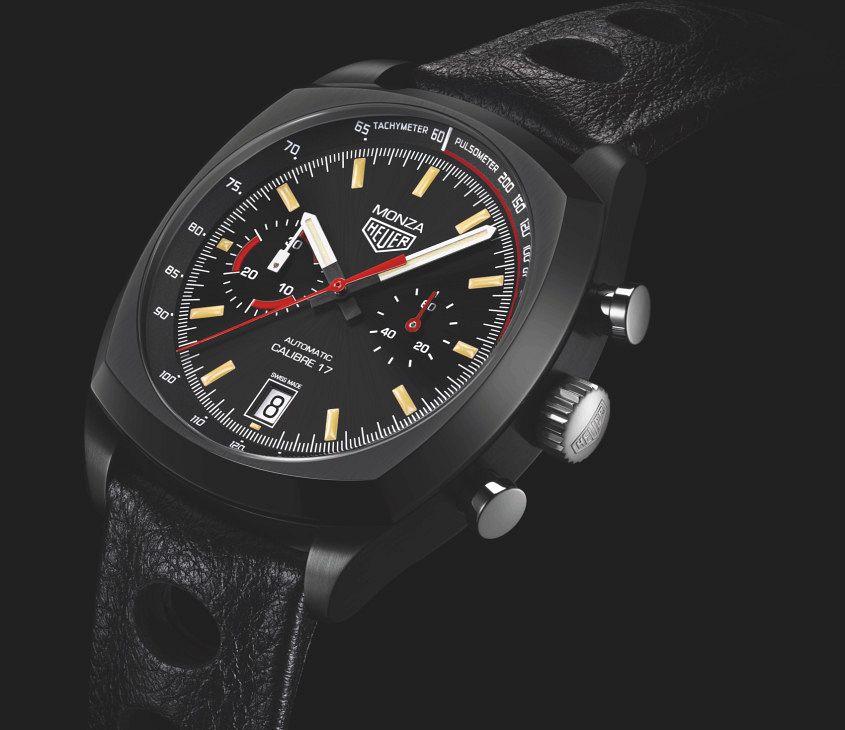 Forty years after the first Heuer Monza was launched, TAG Heuer has today unveiled the 2016 Heuer Monza re-edition to kick off Baselworld 2016. The Monza has been a regular part of the TAG Heuer line since its return in 2000, but this is the first time that we’ve seen the modern incarnation of the Monza combined with the ’70s flair of the original. This watch truly has legend status to back up the looks – Monza was the first F1 racetrack that Ferrari won on as partners of Heuer. Its dashing black and red colour scheme now adorns all sporting TAG Heuers. And that’s only the beginning.

Like many iconic Heuer models from this time, the Heuer Monza has a strong Formula 1 pedigree, and is one of several models from this time sharing its name with a Formula 1 racing track- think Monaco, Silverstone, Jarama and Daytona. But Monza is more than just a racing track. It’s also the spiritual home of Ferrari, and it’s because of Heuer’s link with Ferrari that the Monza was created. 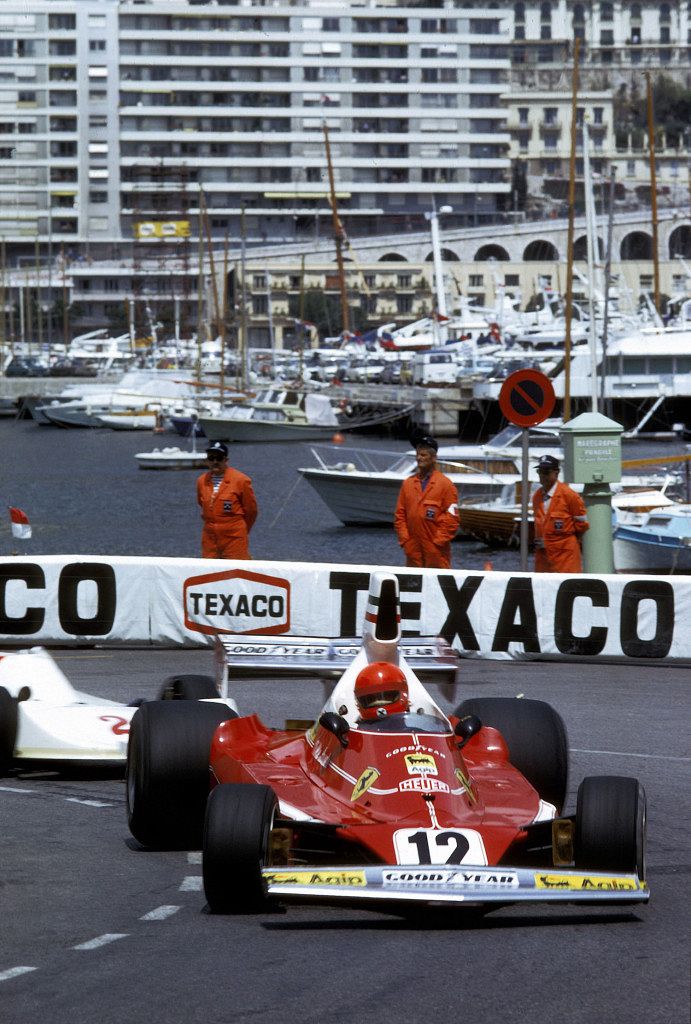 The first Heuer Monza was launched in 1976 to celebrate the first World Championship of Ferrari driver Niki Lauda, who sealed the 1975 Drivers Title at the Italian Grand Prix held in…can you guess? Yep, Monza. As well as Lauda’s first title, it was the first for Ferrari in almost a decade and was therefore the first won by the team during the era when they were sponsored by Heuer. 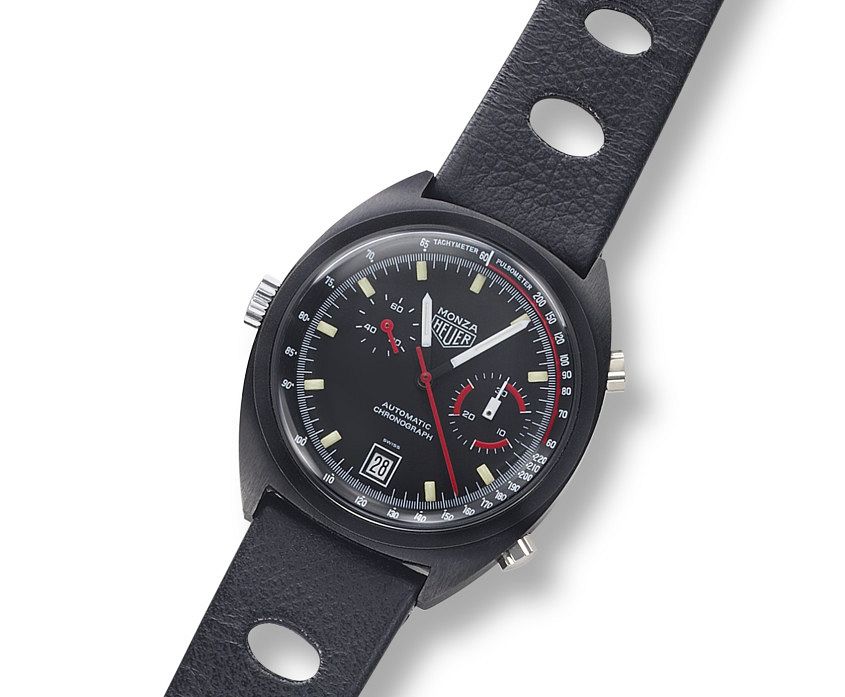 The Monza was based on the 1153 Carrera, using the same case, but with a black PVD coating rather than the stainless steel of the Carrera. There were Calibre 12 and Calibre 15 models offered, all of which had the same black and red colour scheme that still today serves as the battle colours for sporting TAG Heuers. That all started with the Monza. 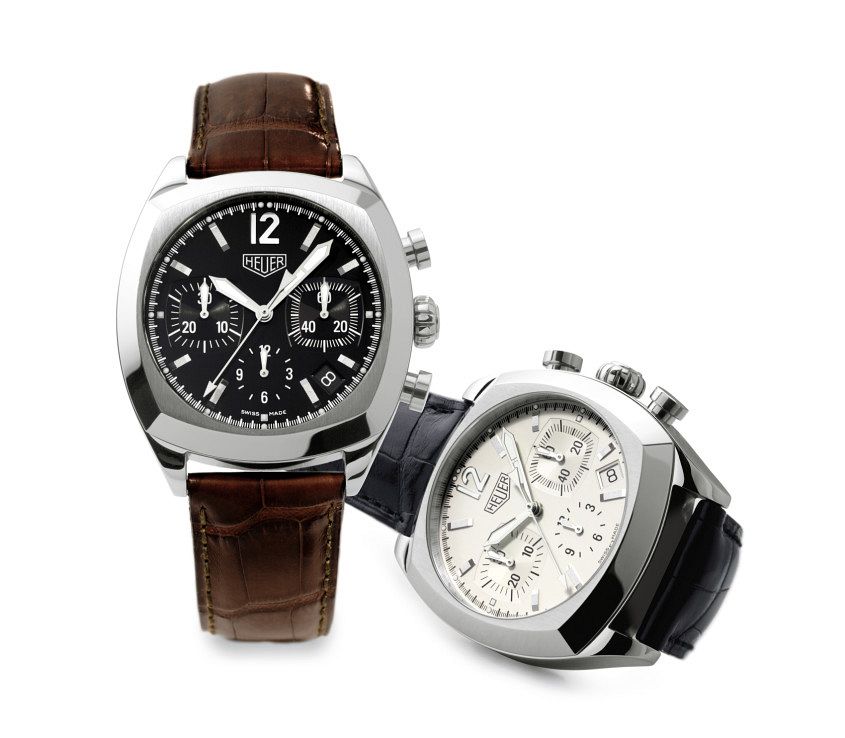 After an absence of some 20 years, the Monza returned to the TAG Heuer range in 2000 with a new design based on a beautiful mono-pusher Heuer chronograph from the 1930s. Other than bequeathing its name, the original Monza had very little to do with this 2000 model which veered away from the overt sportiness of the ’76 model and towards more of a dress watch style, with its polished cushion case. 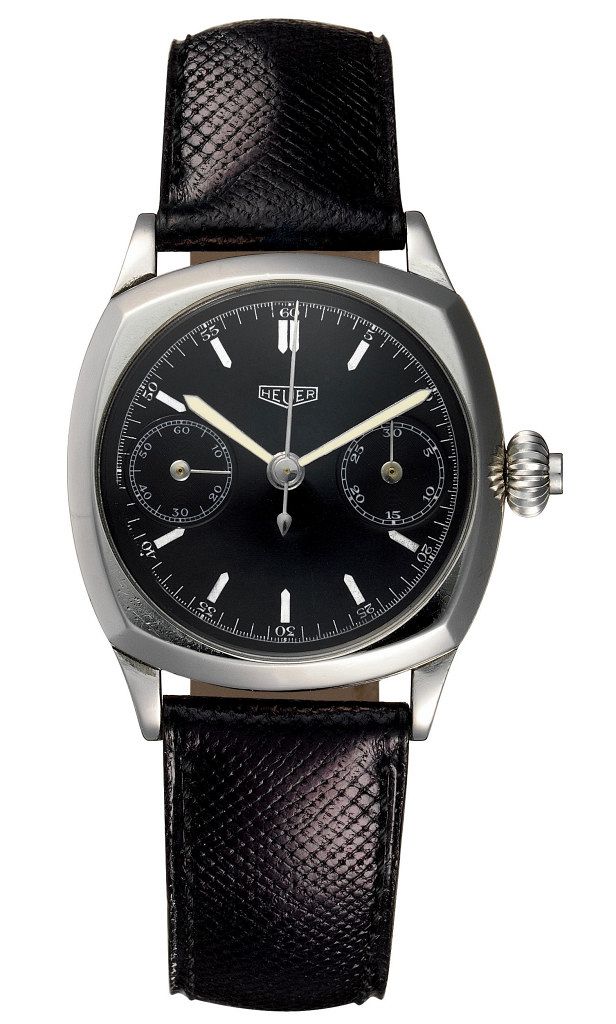 Always a popular model, there were several versions over the years, including Calibre 6 time-only models and Calibre 17 Chronographs. At the top of the tree was the Calibre 36 (El Primero) powered Monza, which was resurrected for a 2011 limited edition. But despite the success of the Monza range, the 2000-era models played off but never properly capitalised on the power and the glory of the original 1976 model. That is until now. Because they may have waited, but they’ve done this 2016 model right, from every angle. 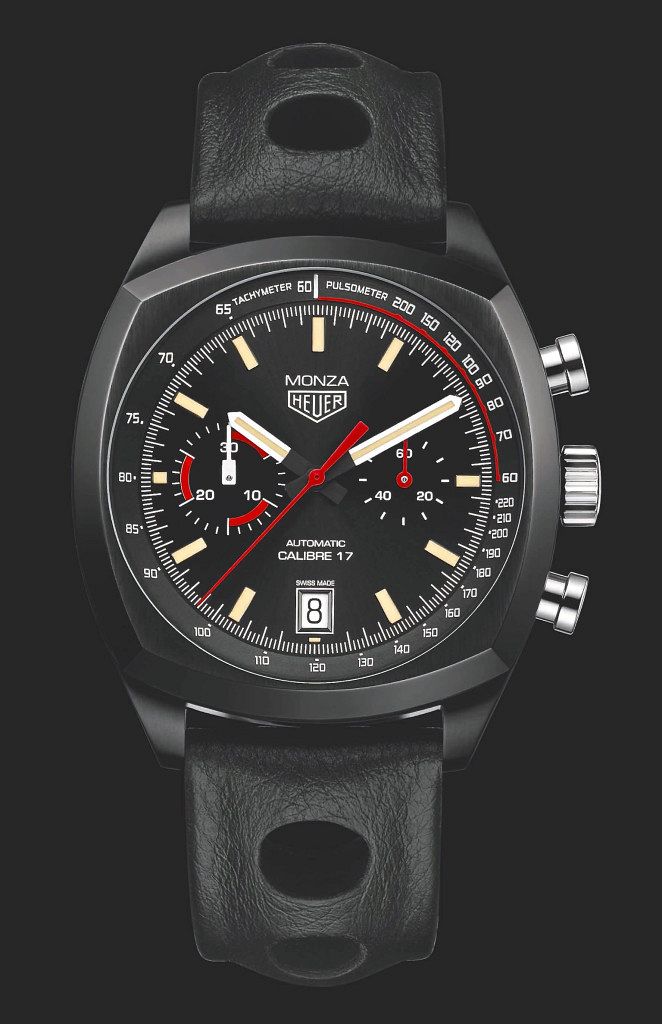 Just like the original, TAG Heuer has left the pushers and crown in naked steel

Put simply, the 2016 Monza takes the case of the second generation Monza and combines it with the dial and colour scheme of the 1976 Monza. Maybe that’s a combination that shouldn’t work, but the result is a sensational looking chronograph with just enough retro styling to tie the watch back to the past, but with a mean, stealth look that is bang up-to-date. The titanium case has a diameter of 42mm and is coated in titanium carbide for that “all black” look of the original. The dial uses the same font and layout as the original, all the way down to the “Pulsometer” scale and the aged lume. Inside the watch is the same Calibre 17 movement offered with the 2000 Monza and other recent heritage-themed models including the Jack Heuer 80th Anniversary Carrera.

Who needs a sapphire caseback when the view is this good?

Further enhancing the Monza’s racing heritage is the large-hole calfskin strap, a welcome improvement on the rubber strap of the same style used by the original Monza. The 2016 TAG Heuer Monza 40th Anniversary Calibre 17 is a limited edition, even if TAG Heuer is yet to confirm how many it will make- 1,976 seems like the right number. Although based on looks, we’d expect that such a small production run will leave many empty-handed.

As TAG Heuer CEO Jean-Claude Biver told us a few weeks ago, TAG Heuer is determined to regularly dip into its back catalogue of classics to bring new re-edition watches to market. If they’re able to do as good a job with those as they have with the Monza, then that prospect is one that should have all watch lovers excited.

The Monza has an RRP of 4900 CHF, we’ll update you with more information on Australian on-sale dates and prices as soon as we have any further news.