TAG Heuer’s fabled Monaco wristwatch, a timepiece immortalised in the annals of motorsport as a result of Steve McQueen sporting one in the 1971 film Le Mans, is for the first time in its history being produced with an in-house movement. 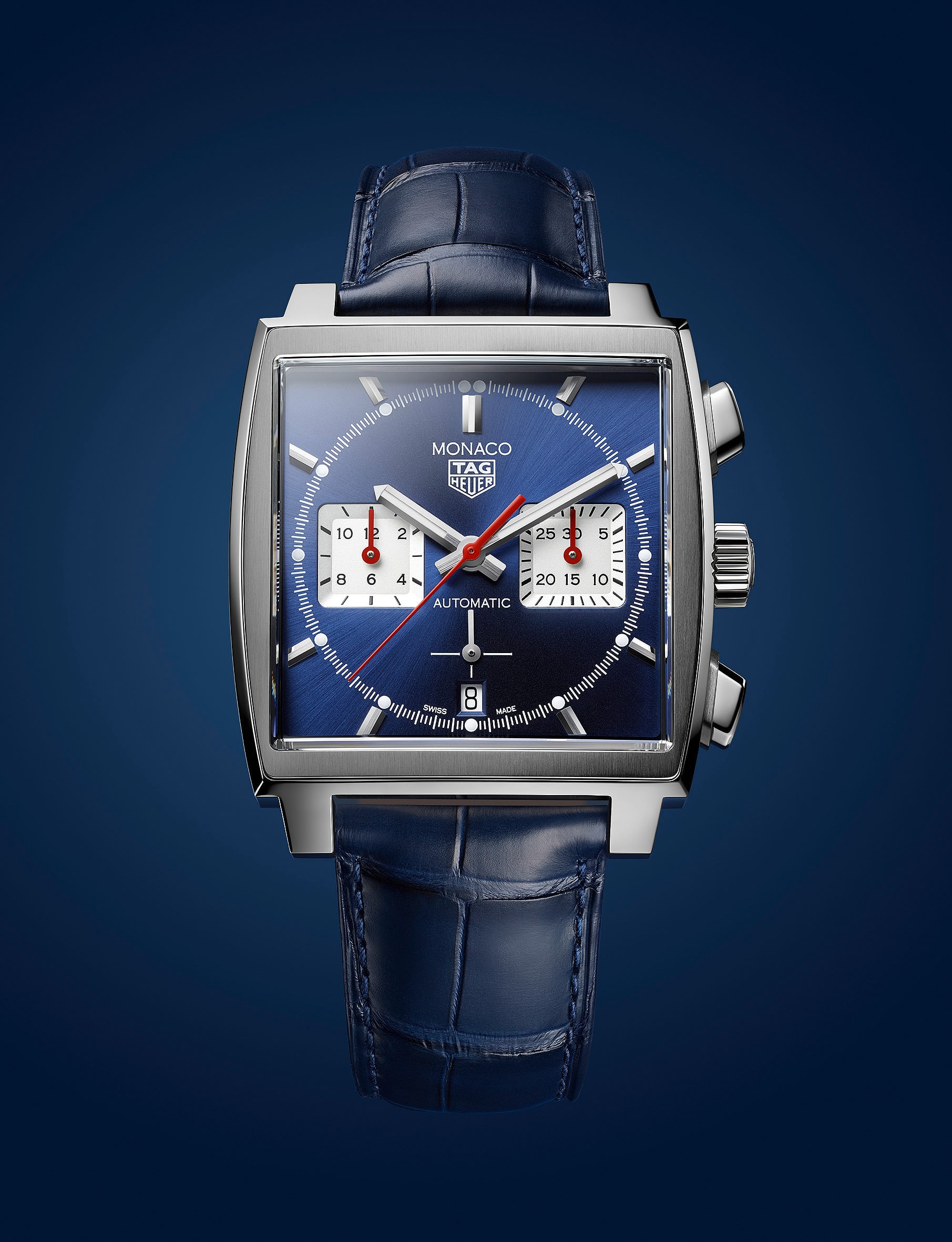 That’s right, whether you were aware of it or not, the TAG Heuer Monaco has, since its inception in 1969, been produced with an externally sourced movement.

Back in 1969 it was the Calibre 11, and throughout the course of the next 50 years of its production the Monaco would employ a number of different third-party movements, such as the Calibre 12, Calibre 17 or Valjoux 7740. 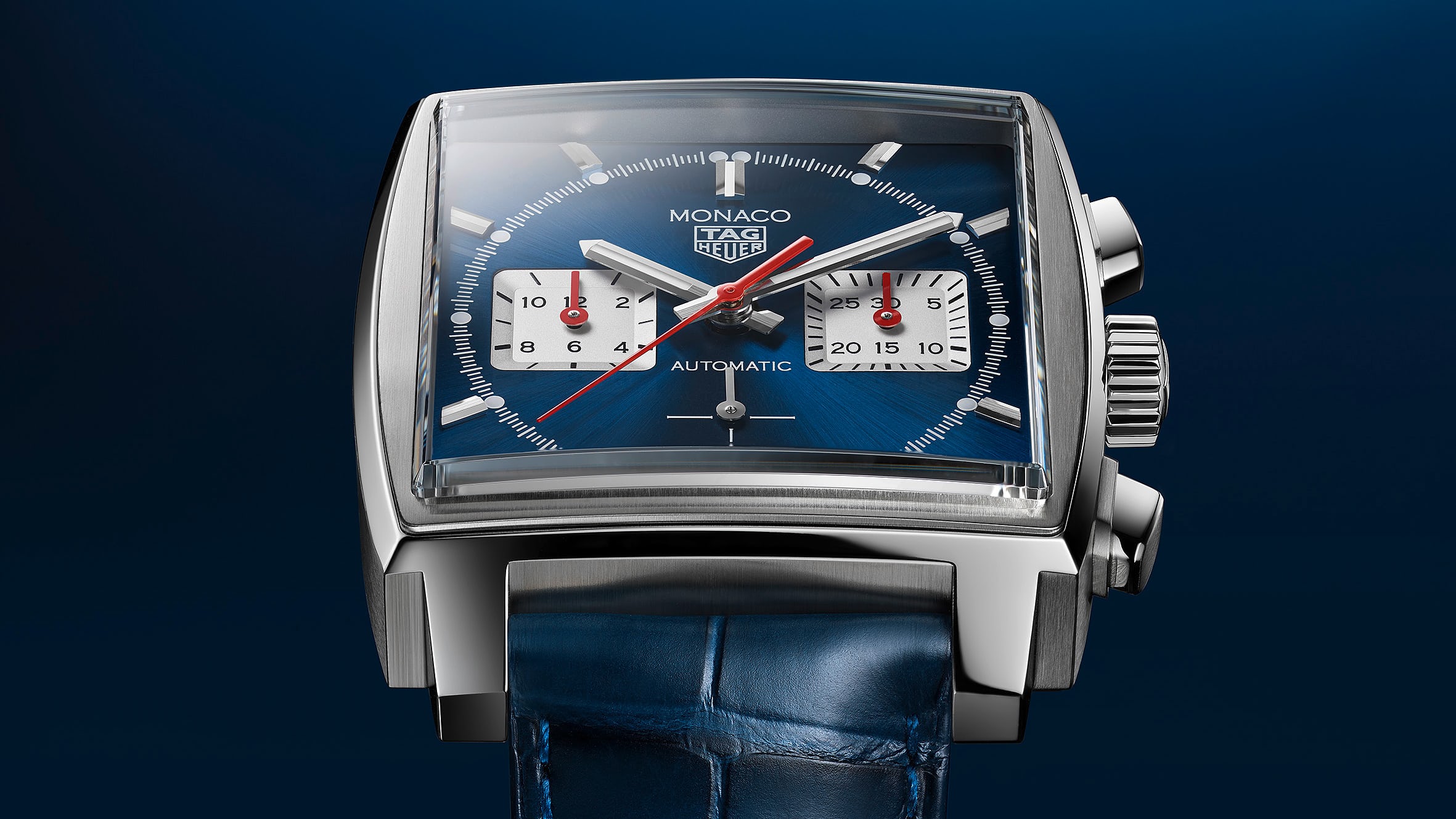 Sure, there have been exceptions to this rule, like, for example, the anomalous TAG Heuer Monaco V4, which was first unveiled in 2004 and utilised a highly experimental belt-driven movement made by TAG Heuer that was meant to replicate the appearance of a Formula 1 car’s pistons.

However, besides these very limited outliers, the Monaco has always remained a timepiece powered by a third-party movement … until now. 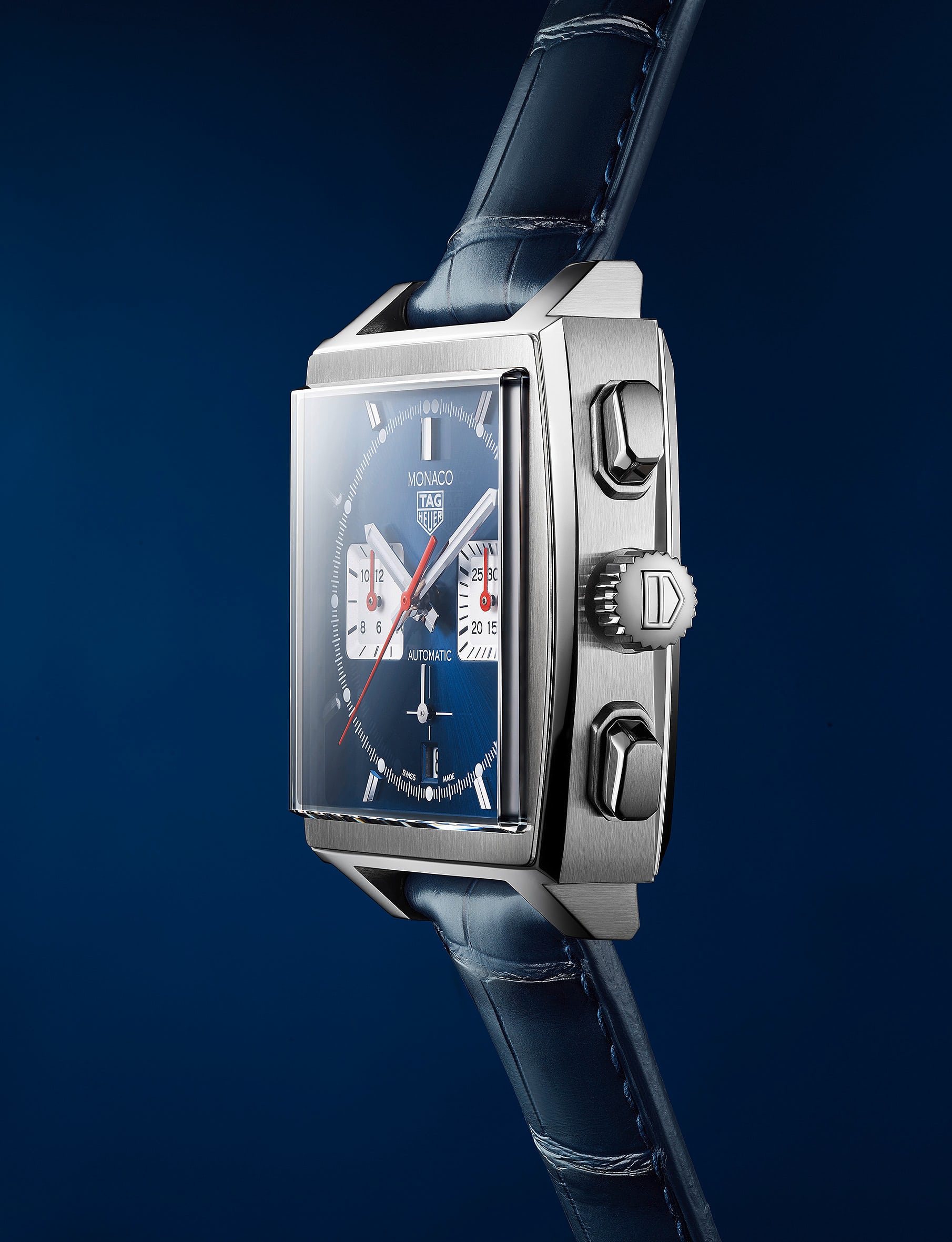 TAG Heuer has seen fit to bestow the iconic timepiece with its own in-house Calibre 02, which was first unveiled in 2017, housed inside the similarly sporty TAG Heuer Autavia.

The Calibre 02 is an impressive movement, and it features a chronograph complication that possesses both a column wheel and vertical clutch, which certainly ups the horological ante. 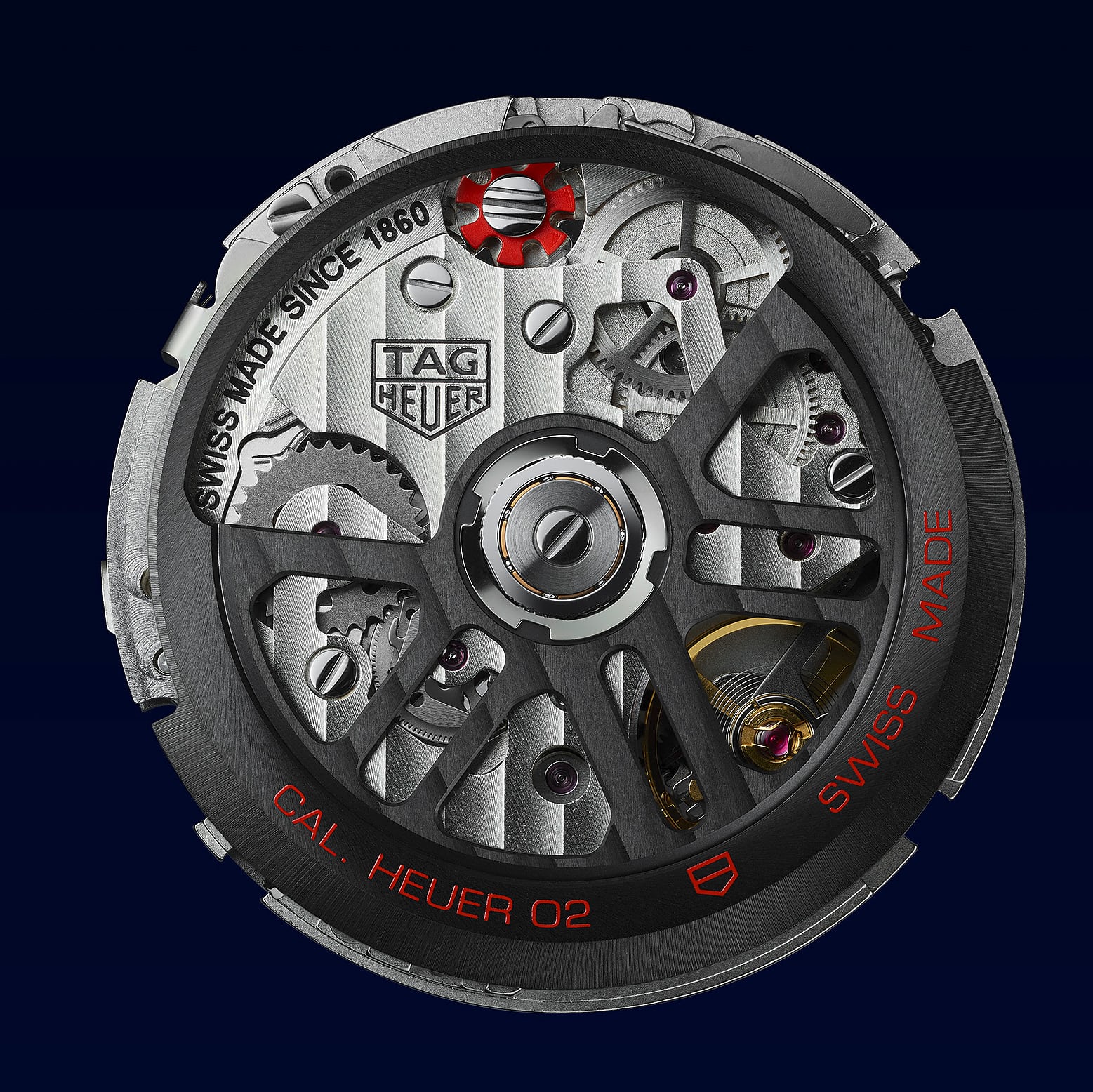 The Calibre 02 also benefits from a lengthy 80 hours of power reserve, 33 jewels, and an operating frequency of 28,800 (4Hz) vibrations per hour.

Both the sides of the Monaco 02 are adorned with sapphire crystal, which means that lucky owners have the opportunity to see this hardworking in-house movement in action. 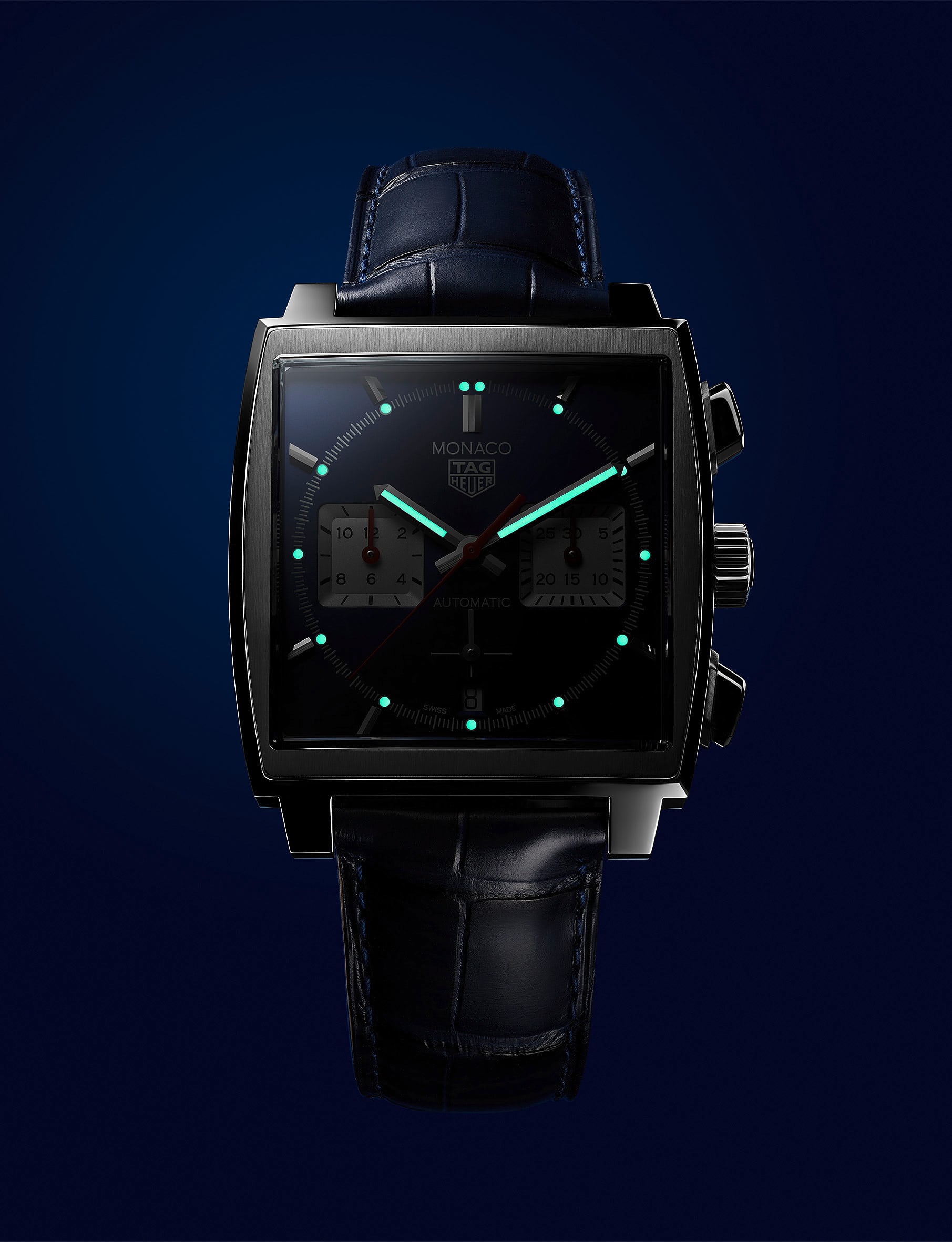 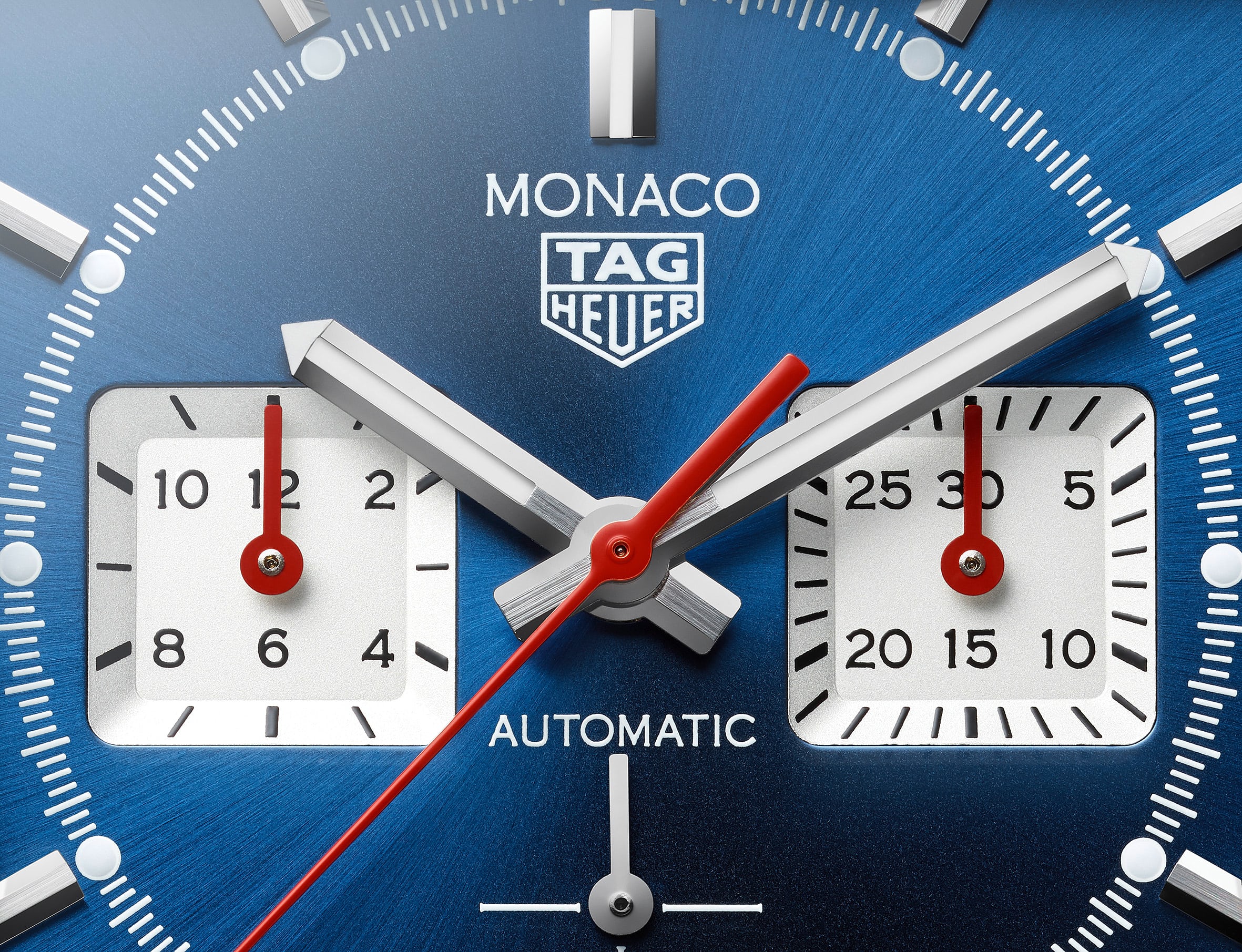 The new TAG Heuer Monaco 02 has a recommended retail price in Australia of $8200, and you are getting quite a lot of watch for the money.