This year, TAG Heuer are celebrating more than a decade and a half of timing partnership with the celebrated NTT IndyCar Series, and are releasing a new special edition watch to mark the occasion. The TAG Heuer Formula 1 Indy 500 Special Edition was designed in close collaboration with the IndyCar team, and has a number of design cues that pay specific tribute to the legendary motorsports event. For anyone that has a soft spot for this race, it’s going to be a constant wrist-worn reminder. 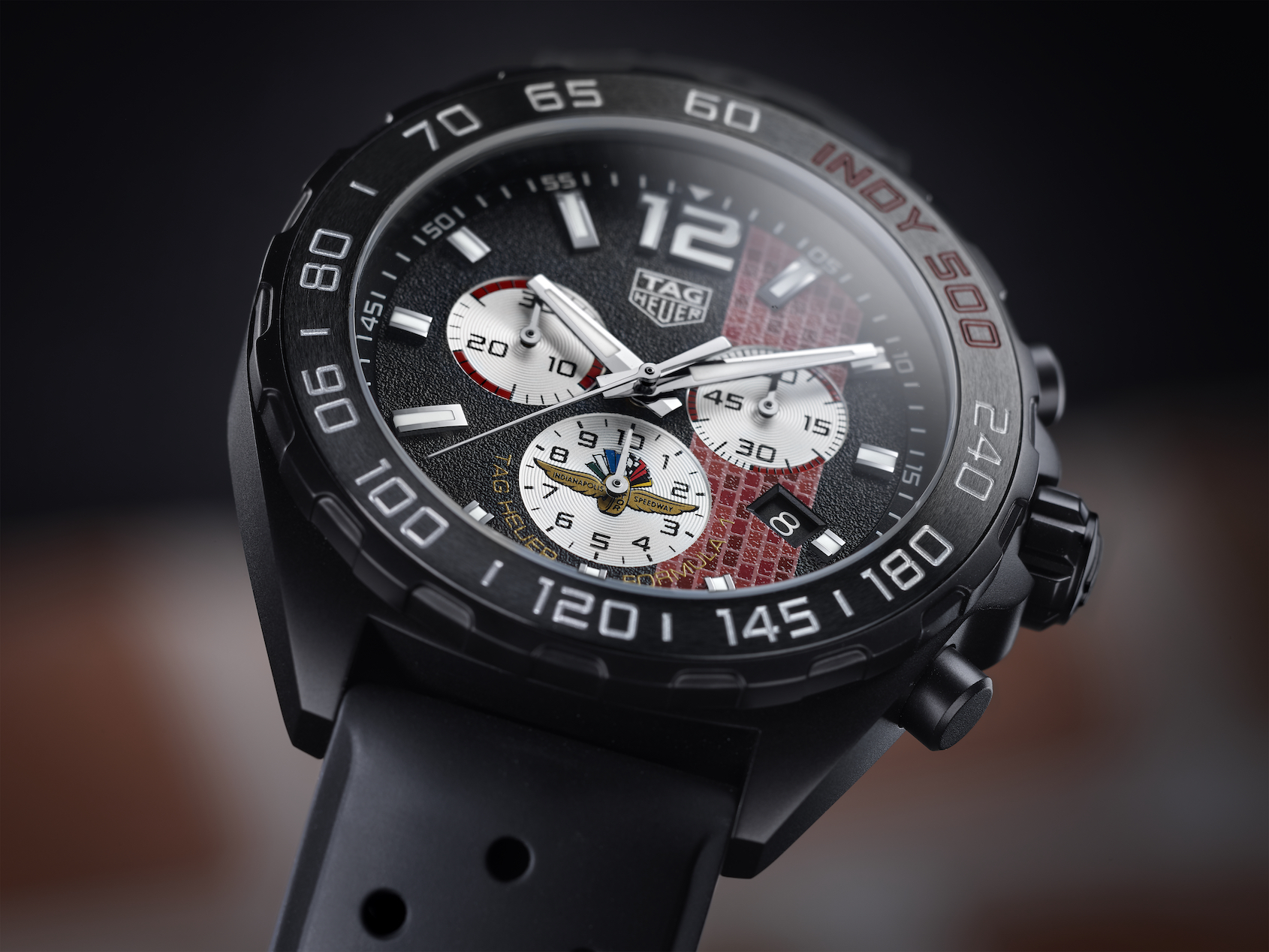 For those unfamiliar with the Indianapolis 500 race, it does what it says on the tin. It’s held in Indiana, and it is a gruelling 500-mile race that has been running for more than a century, attracting some of the largest sporting crowds on earth. Known among fans as “The Brickyard”, the Indianapolis Motor Speedway circuit serves as direct inspiration for this latest TAG Heuer release. Early in its life, at the beginning of the 20th century, the entire track was paved with bricks, which were chosen for their relative safety as a driving surface. 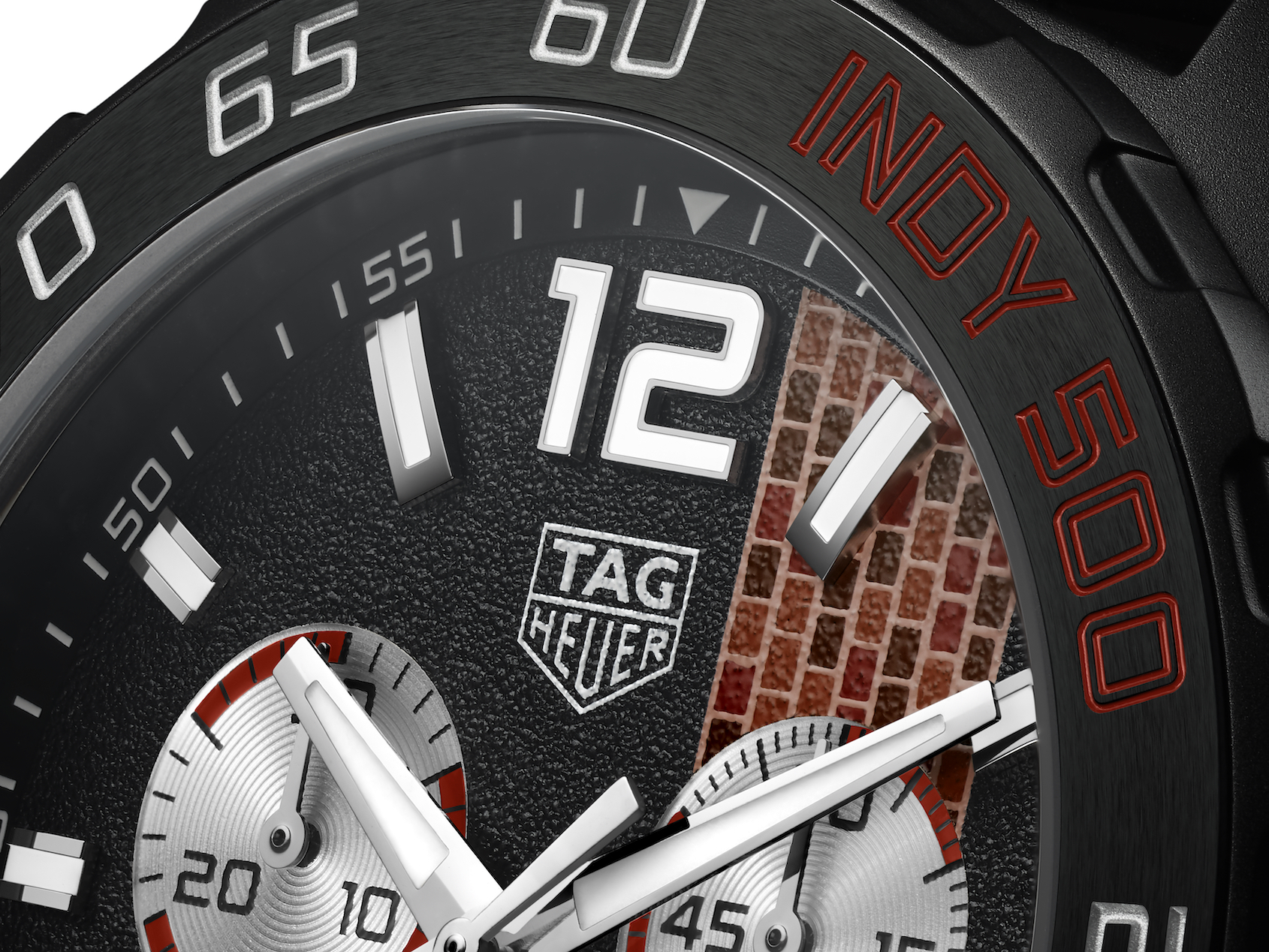 Over the years, the bricks have been covered with more modern asphalt, but the start/finish line of the racetrack still features an exposed section of bricks as a nod to the history of the venue. It is these bricks that are featured on the dial of the TAG Heuer Formula 1 Indy 500 Special Edition, forming a strip across the 3 o’clock chronograph sub-dial. 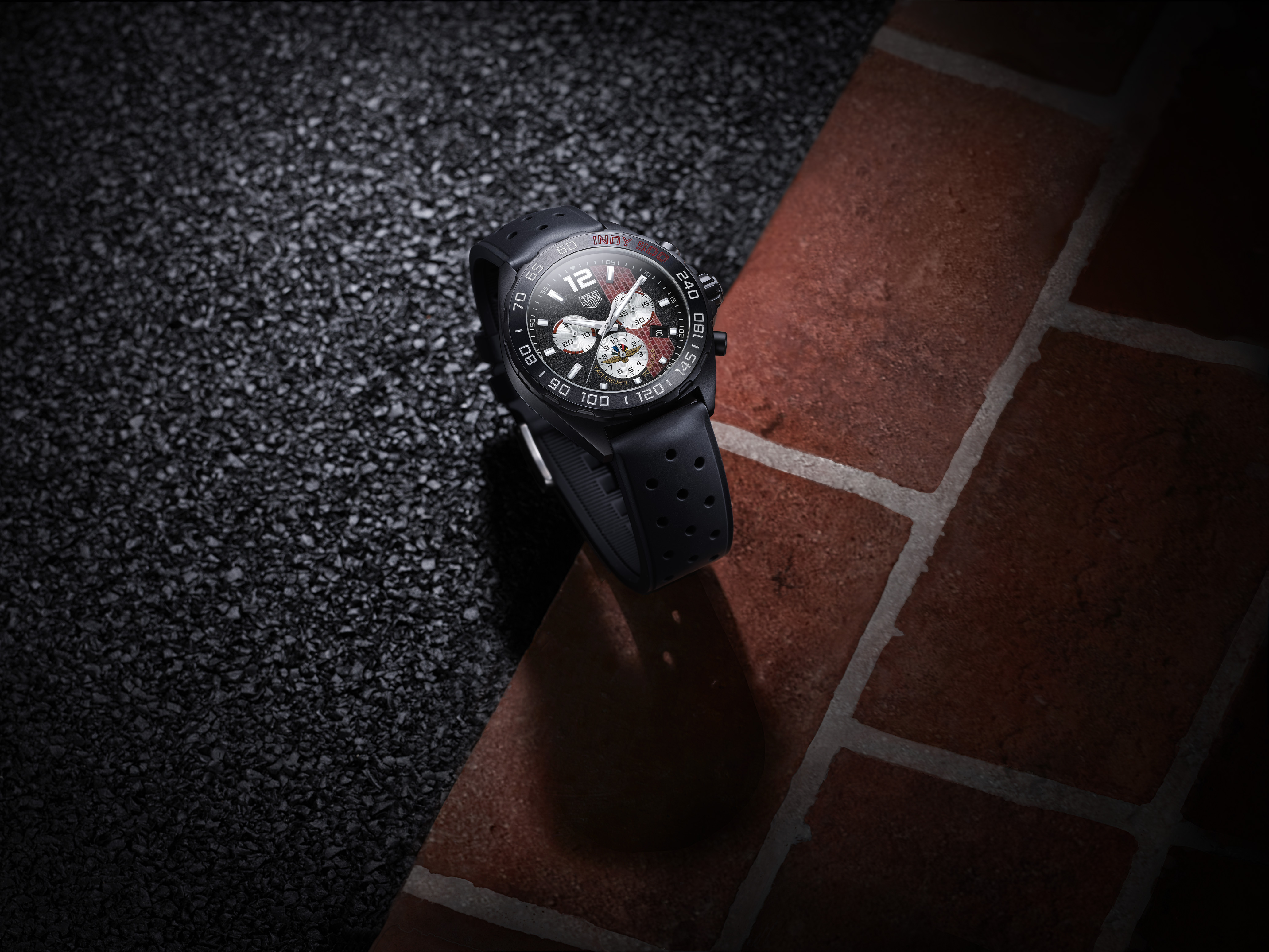 The 43mm case is hewn from black DLC sandblasted steel, offering a stealthy profile on the wrist. It matches nicely with the sandblasted ceramic bezel that features the text “INDY 500” at the 2 o’clock position. The solid steel caseback features an engraving of INDY 500, and guarantees the watch to be water resistant to 200m. Behind the solid caseback is a quartz chronograph movement that powers the watch, keeping the price more affordable and the case-profile slim. 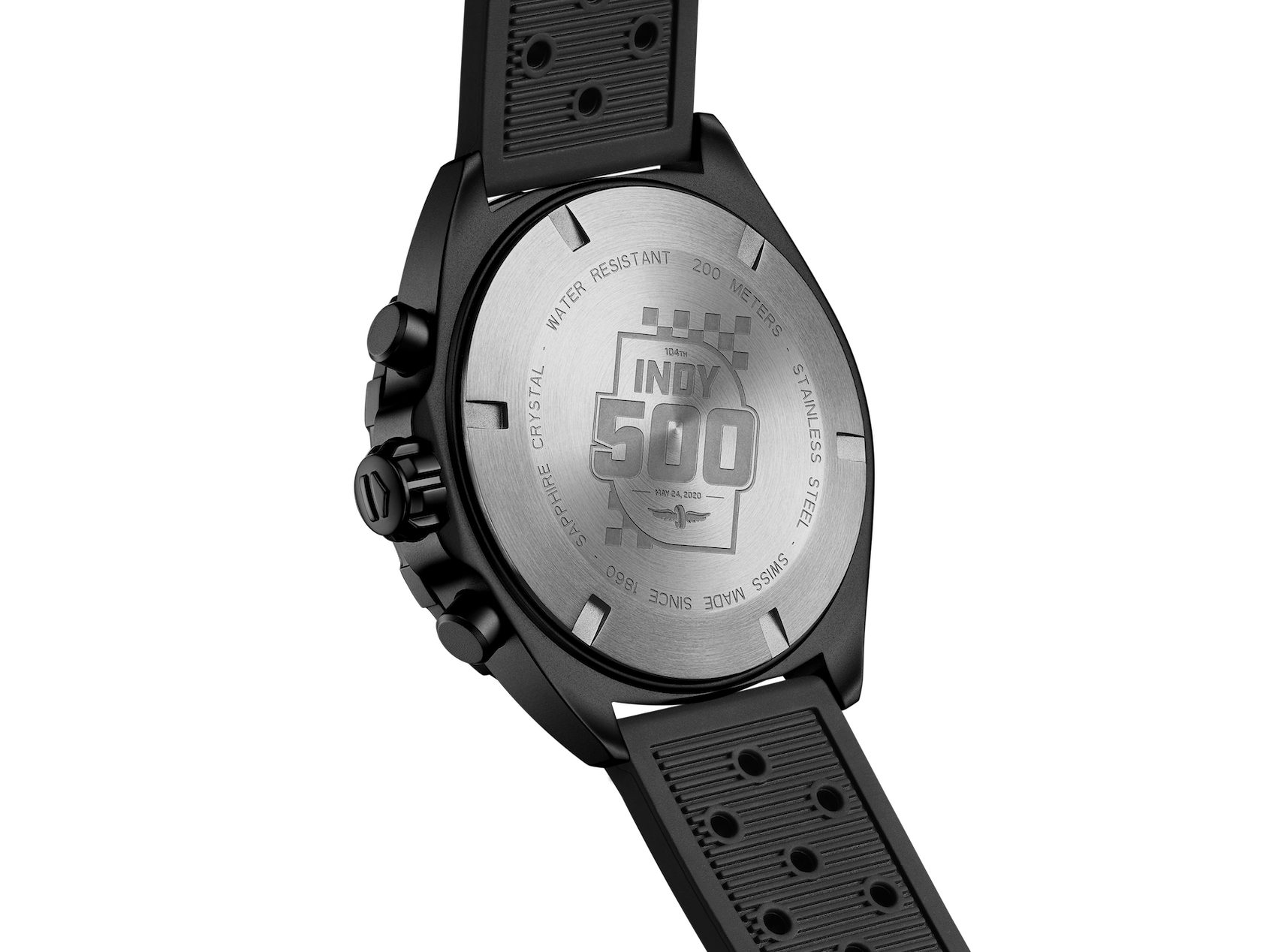 The black dial has several points of complexity that all add layers of visual depth. The black has a granular finish reminiscent of asphalt, and firmly roots the watch in its motorsport context. The three chronograph sub-dials are azurage-patterned and contrast nicely against the dark dial, and feature trios of red highlights as well as the INDY 500 logo emblazoned across the 6 o’clock sub-dial. In low-light conditions, the generously applied lume becomes visible, ensuring its functionality no matter the time of day. 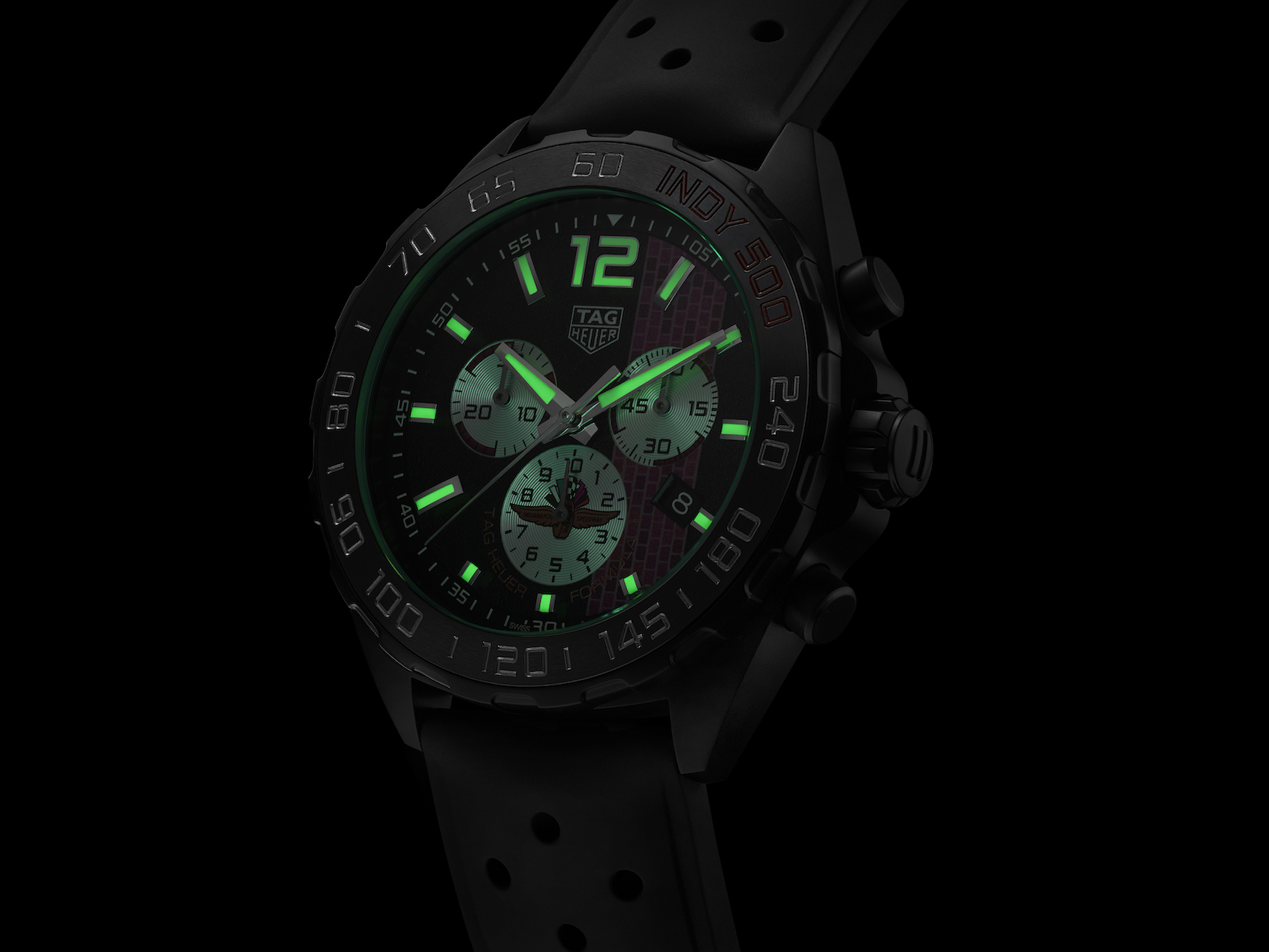 TAG Heuer have a deep connection with motorsport events around the world, and it is a nice way for the brand to mark 16 years as the Official Timekeeper of the NTT IndyCar Series. The design is reserved, but still thoughtful in the way it visually pays tribute to one of the largest races in North America, and is sure to be popular with fans of the Indy 500 specifically, as well as motorsport enthusiasts on the whole.