The TAG Heuer Heuer-02T Tourbillon has been one of the worst kept secrets of the watch industry for the past 12 months. We saw pictures of it on the walls of TAG’s Baselworld booth, and every so often CEO Jean-Claude Biver posts a picture of himself wearing one on Instagram. 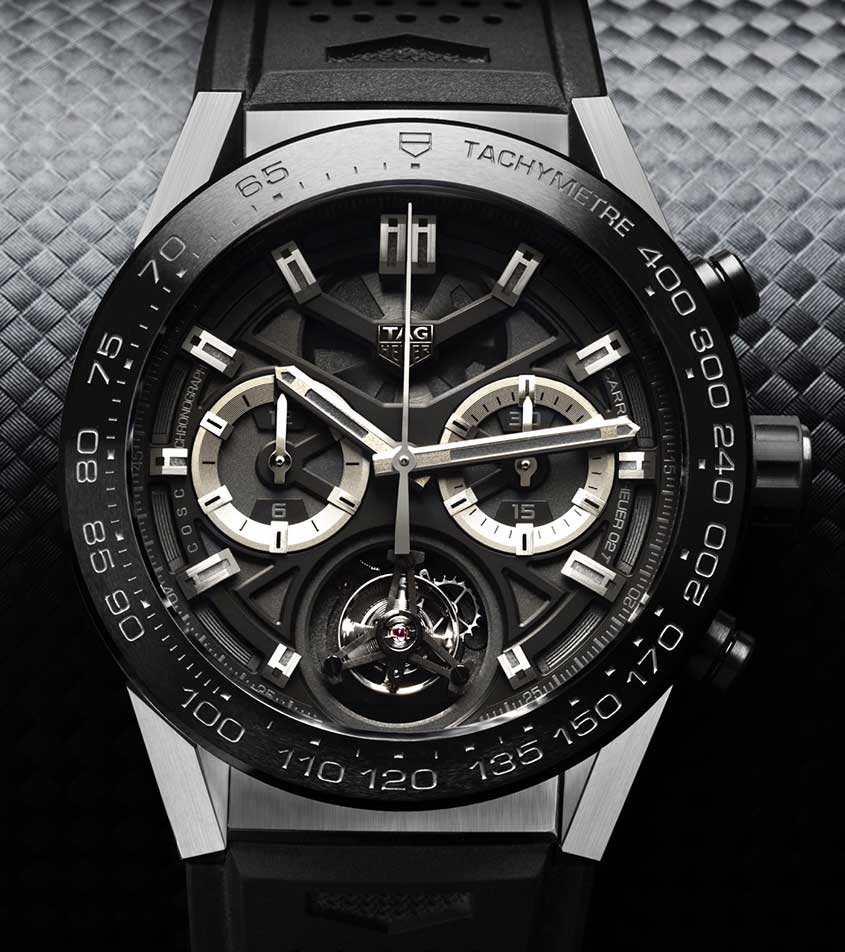 In case you haven’t been keeping up with the buzz, the Heuer-02T is a big deal for several reasons. Firstly, it adds a flying tourbillon to the hugely popular Heuer-01, with the same 45mm case (now in titanium) as last year’s release. That’s newsworthy in and of itself – but wait, there’s more. The Heuer-02T movement is actually a rebranded version of the infamous on-again off-again CH80 calibre, modified to include the flying tourbillon at six. TAG Heuer are releasing two versions of the Heuer-02T, a regular production piece, and a Black Phantom version with titanium carbide coating and grey Super Luminova, limited to 250 pieces. 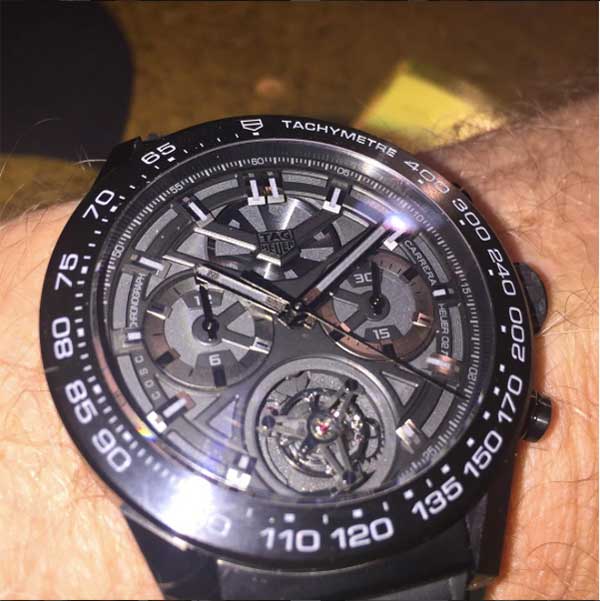 Already the Heuer-02T is shaping up to be an important watch, a high-end expression of TAG Heuer’s new creative direction, powered by the brand’s most significant in-house movement of recent years. But the most astonishing thing about this watch is the price. The regular production version has an RRP of 14,900 CHF, and the phantom is priced at 19,900 CHF. Based on current exchange rates, we expect the regular version will retail for around $20,000 AUD. This is the cheapest Swiss-made, COSC certified automatic tourbillon chronograph ever produced. 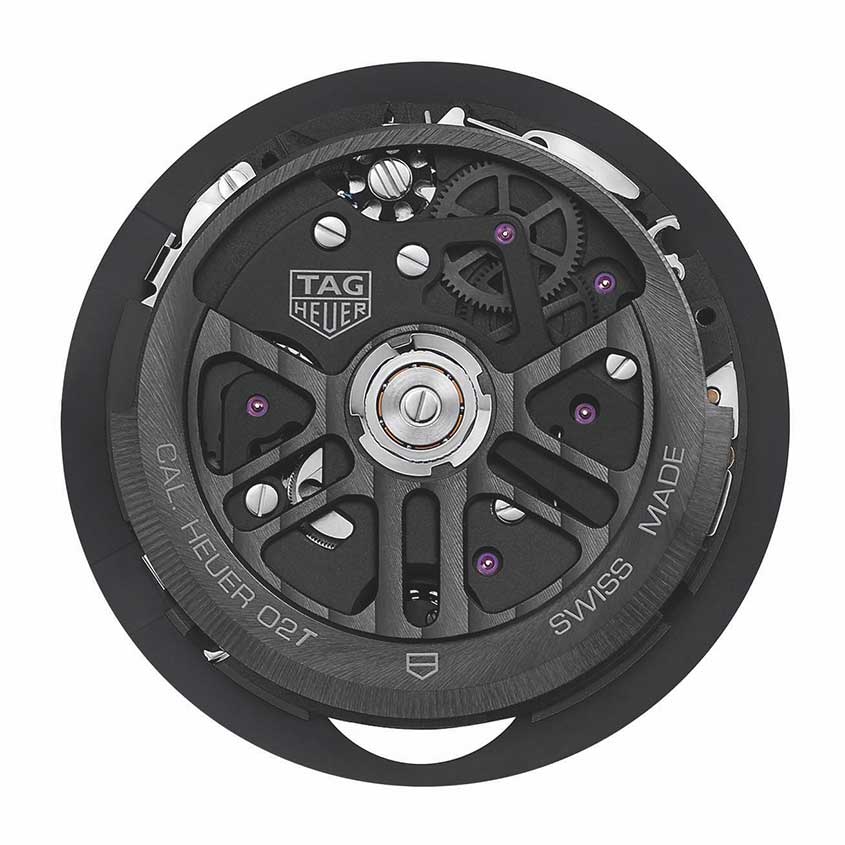 The back of the Heuer-02T Calibre

There’s been a lot of scepticism from the watch-loving community surrounding this, as the usual starting price for a Swiss tourbillon is around the 50,000 CHF mark, and many have asserted that the movement components must have been sourced from Asia. In an (excellent) interview with Calibre 11, Jean-Claude Biver directly responds to this speculation: “I’m ready to show numbers, prices, but then it will hurt the whole industry when you start to show prices! The industry has no other way to fight and find excuses than saying some parts are made in China, which is totally stupid. Nothing is made in China on the movement, of course not. The movement is 100 per cent made in our own company. It’s just that we have an organisation, people, an internal productivity that enables us with a normal margin — the usual margins we take on the Formula 1 or the margins we take on the Carrera, the same margins are applied to the cost of the Tourbillon.” 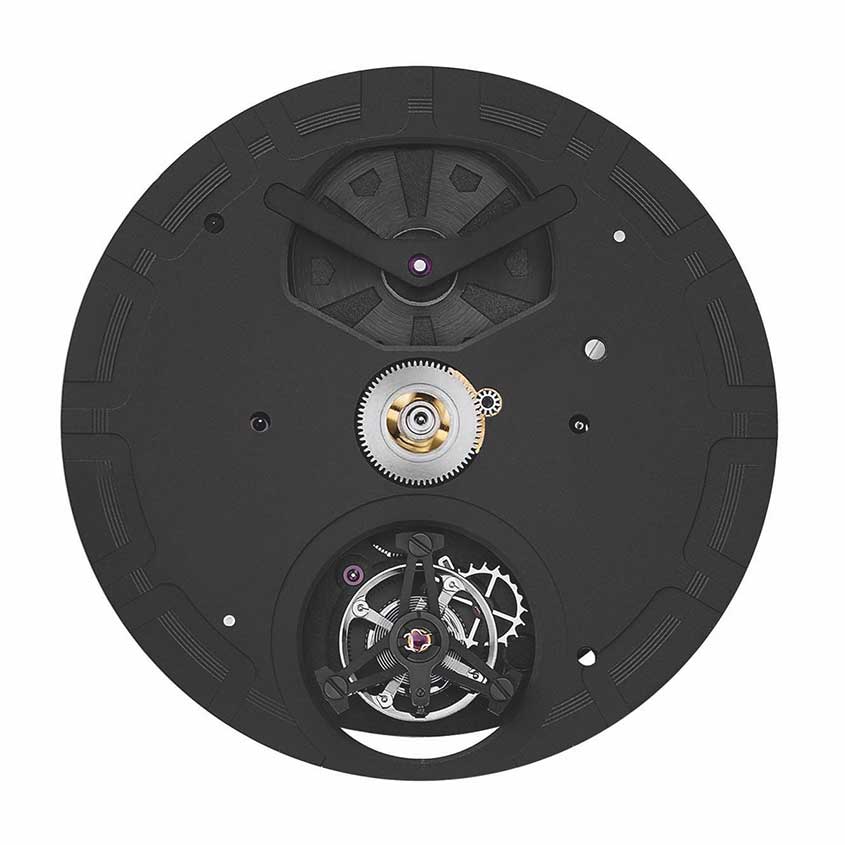 The dial side of the Heuer-02T Calibre.

Biver’s statement is a shot across the bow of the Swiss industry – an industry he claims is more than comfortable with adding hefty premiums to high complications. Though it lacks the hand-finishing traditionally associated with a tourbillon, there’s no denying that this watch, with its COSC certification and TAG’s formidable production capacity, is anything but a well-made, reliable watch – just one that’s been shifted into a different price-point and perhaps, a different paradigm.

Reframing the tourbillon is a very savvy move; it makes good business sense to release an accessible tourbillon in the current precarious luxury market. But more importantly the Heuer-02 continues to bolster TAG’s persona as an aggressively avant-garde game changer. 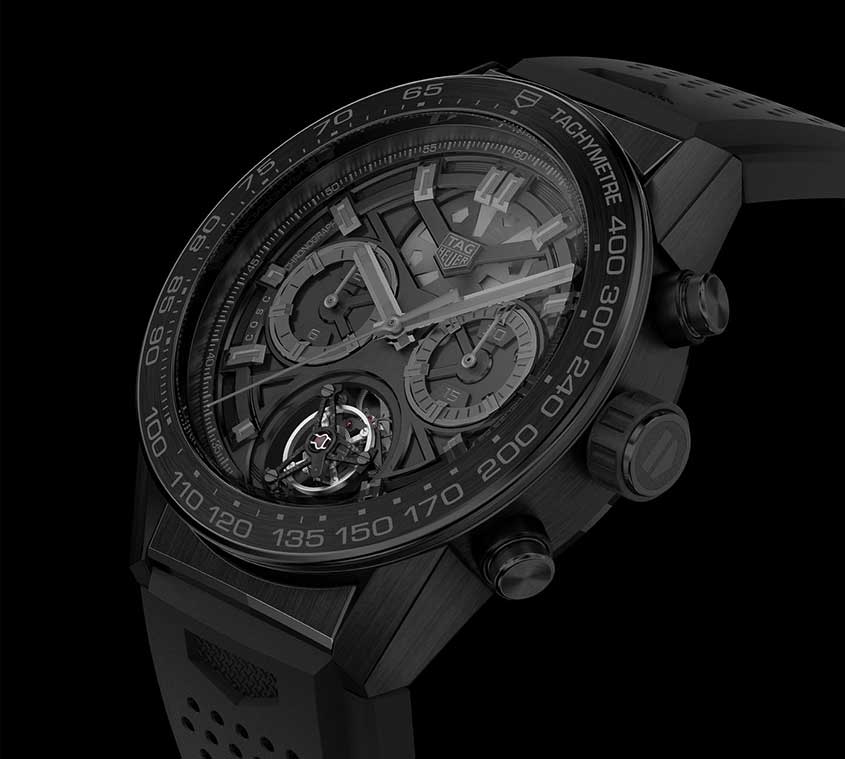 The real question, and one we suspect might be answered at Baselworld, is how will the other Swiss brands respond?