The launch of any new Rolex model this year is a hugely exciting event, but the complete overhaul of the Submariner collection is a moment in time that will be looked back on as the beginning of a new chapter in the history of one of the most celebrated watches ever. Typically, when Rolex moves to update a specific model, they move gradually, perhaps introducing a reference in precious metal or two-tone, before adopting the update across the stainless steel references.

But 2020 is no normal year, and after fears we would see no new models from the Big Crown this year, we have the opposite outcome – the entire Rolex Submariner collection has been updated. Included in this update is the new Rolex Submariner Ref. 124060 41mm no-date, which may be the most distilled expression of the dive watch, and now with a different movement, case size and bracelet. 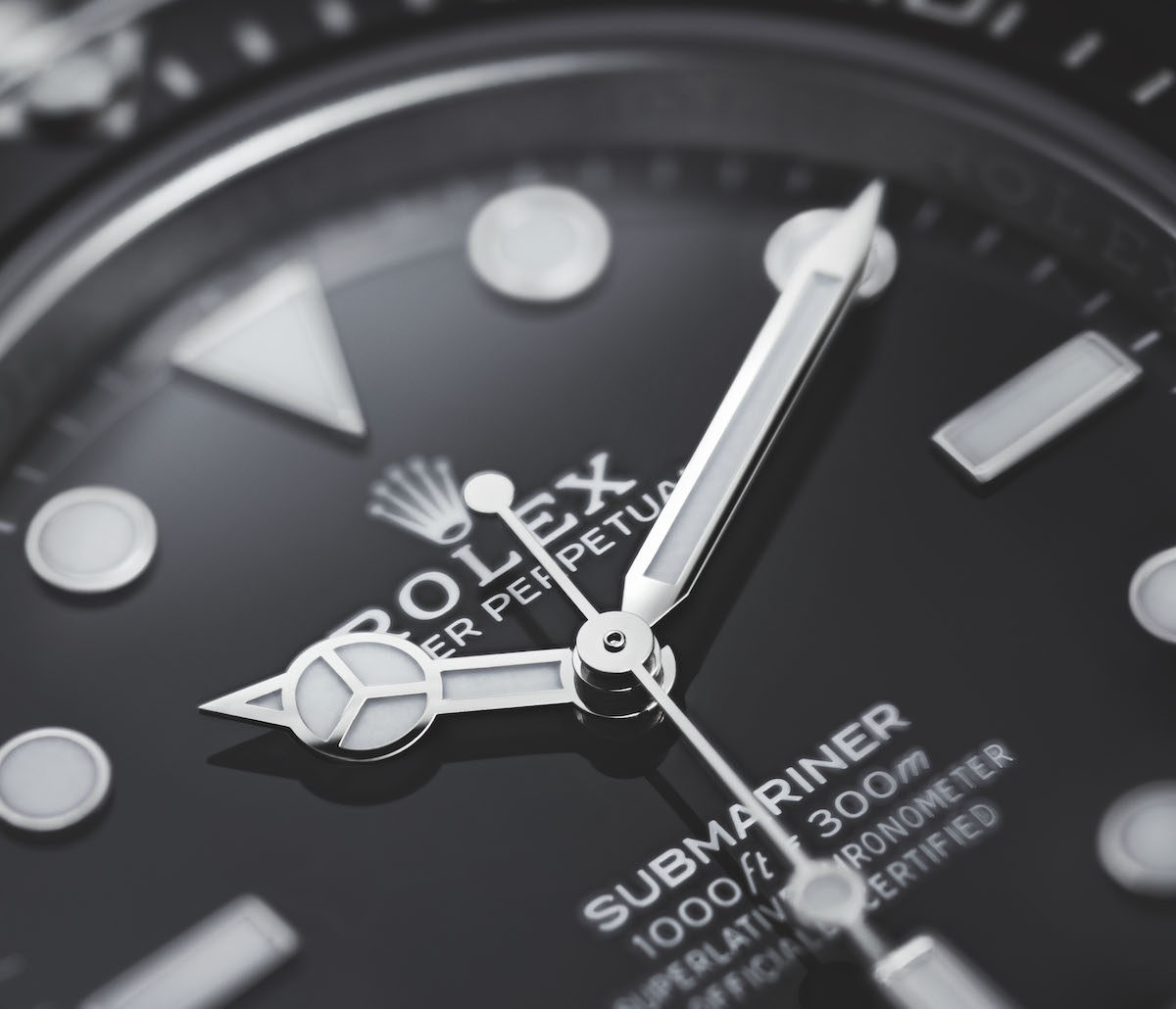 The Rolex formula for success can be boiled down to a simple core idea – evolution, not revolution. And this doesn’t mean being out of touch with the times. It refers to the gradual and considered progress that each of their watches goes through and how, over decades and decades, they never falter from preserving the core identity of the watch. This is perhaps more true with the Submariner than it is with other Rolex models, as it is a watch that has changed only very slightly since it was first released in 1953, but in ways that are both unrelenting and incremental in the progress that is made to remain in step with the times. 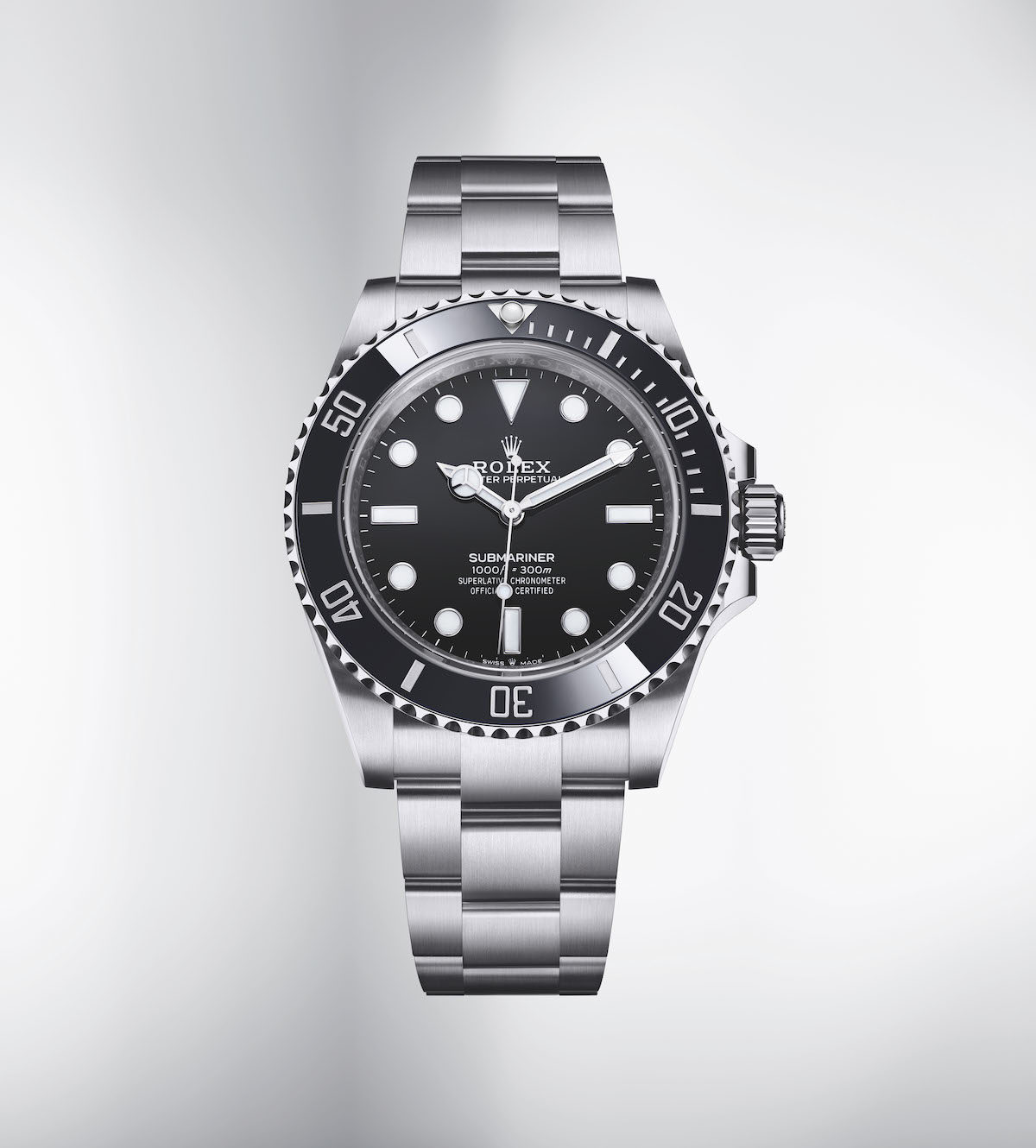 Today we are seeing the first update to the no-date Submariner since 2012 when the Rolex Submariner ref. 114060 was released, following the release of its date-displaying sibling in 2010. That sounds like a long time, and it is, but Rolex isn’t one to rush. In the update that saw the launch of the Rolex Submariner ref. 114060, the larger maxi-case was introduced, as was the Cerachrom bezel that was still relatively new to market. 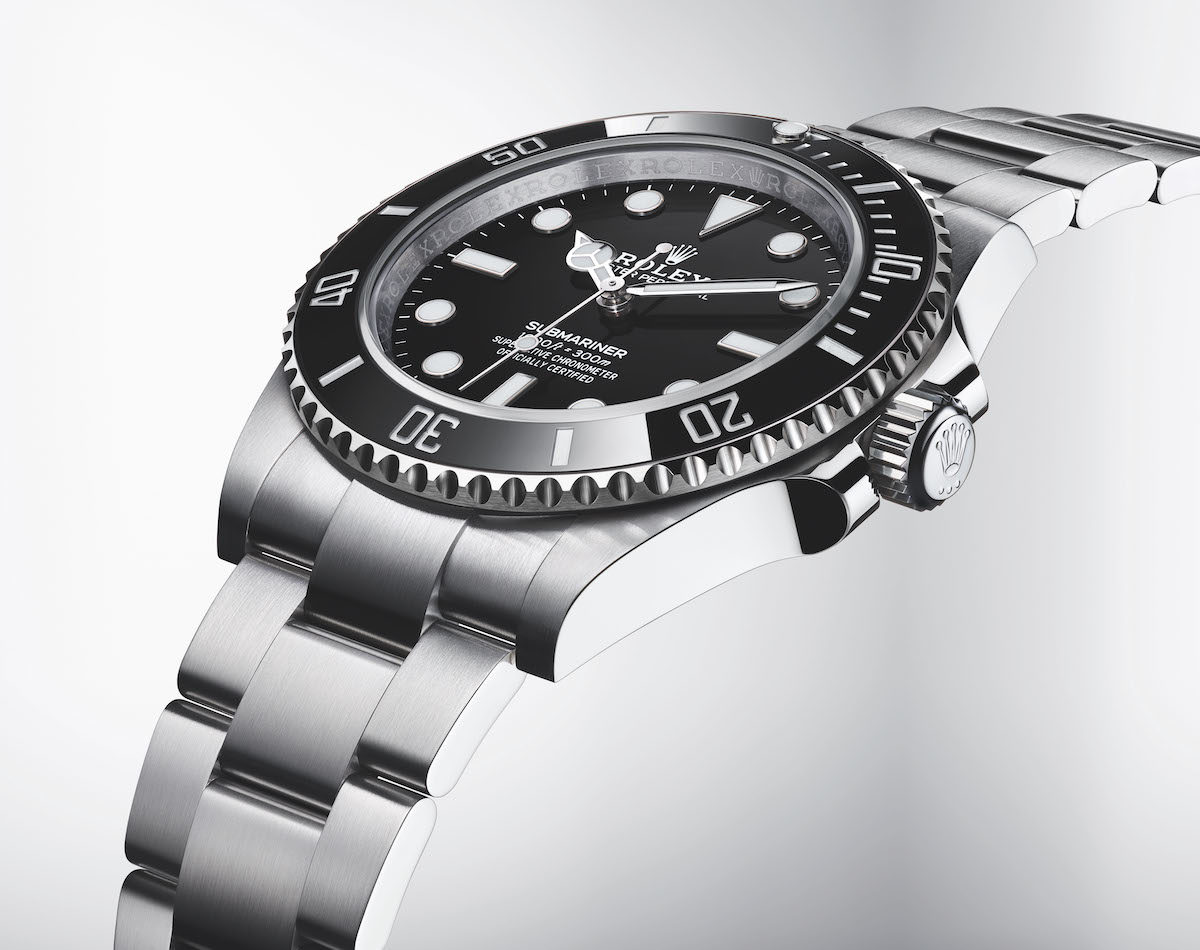 In this latest expression of the quintessential dive watch that is the Rolex Submariner Ref. 124060, we see the introduction of a larger case diameter of 41mm for the first time ever. While this isn’t new ground broken in the broader horological landscape, it is a difference that offers the appearance of a watch that is both more refined and easier to read. When compared to the previous generation that featured the 40mm maxi-case, the lugs are noticeably slimmer and more sleekly shaped, which offers the impression of a much less angular watch. Another factor that accentuates this change is a slightly wider Oystersteel bracelet, which, at 21mm across, actually looks significantly better proportioned with the case and lug width than its predecessor. The bracelet also features the Rolex Glidelock extension system that offers 20mm of additional extension. 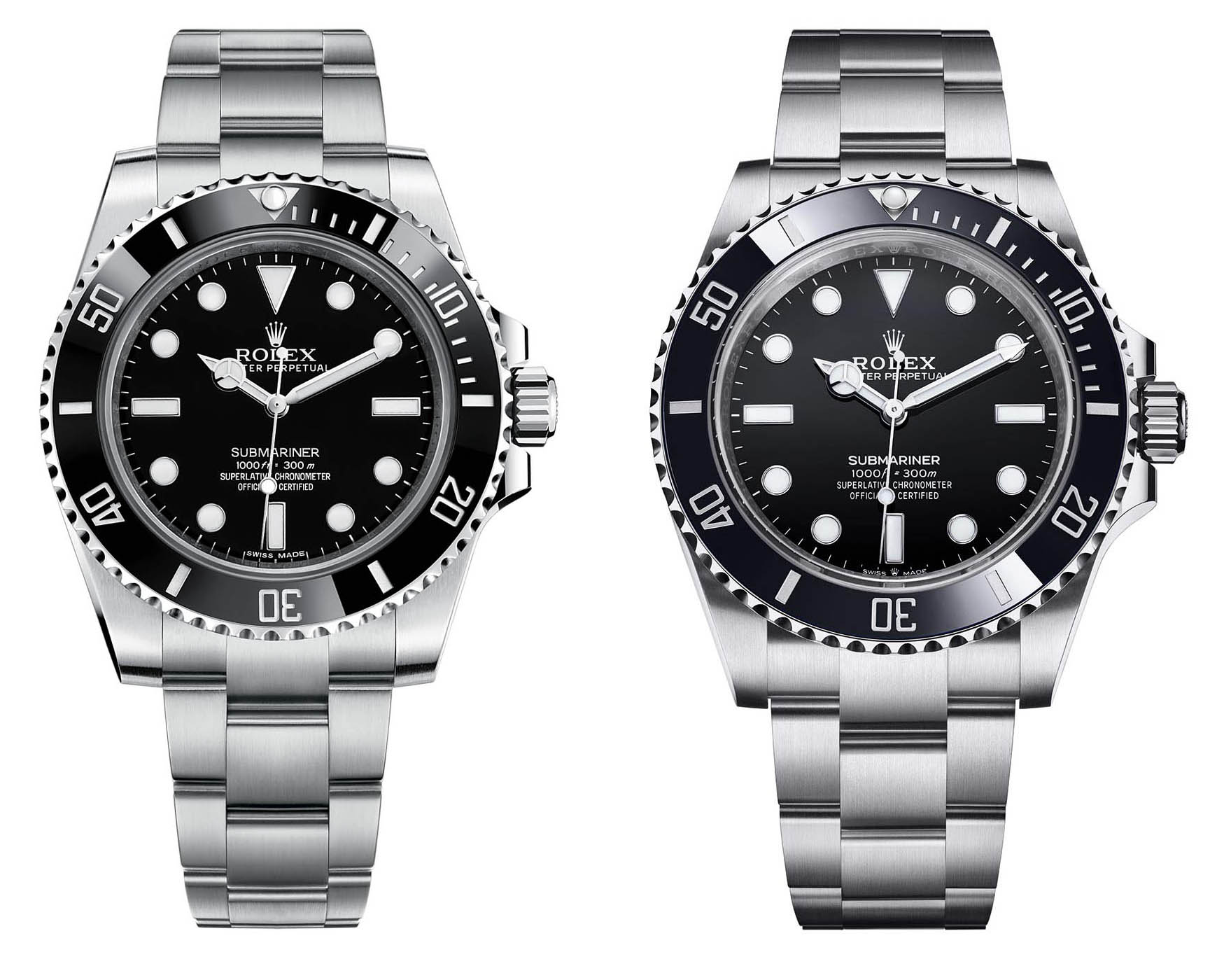 Another change is the updated movement of the Rolex Submariner Ref. 124060, which features the automatic cal. 3230. This movement offers a much longer 70-hour power reserve (nearly double the previous generation), and a more efficient movement overall, thanks to Rolex’s proprietary Chronergy escapement. As with all Rolex watches, it is guaranteed to their own Superlative Chronometer standards, and is certified to be accurate within -2/+2 seconds per day. As you would expect, the Rolex Submariner Ref. 124060 41mm no-date is still water resistant to 300m, enough for almost any professional diver. 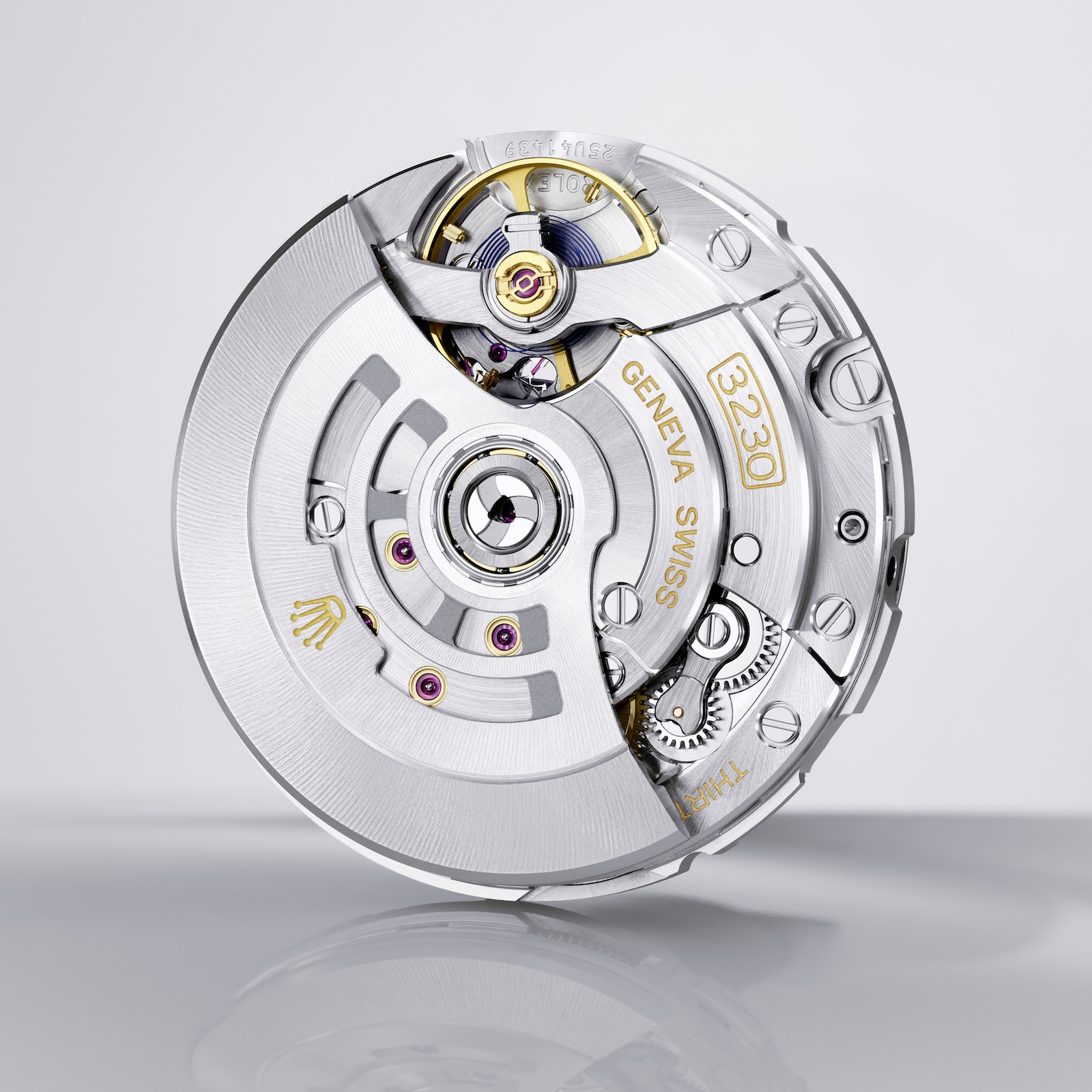 While these changes are not jaw-dropping in their breadth or complexity, anyone who was expecting anything else had themselves fooled. It is the slow and deliberate refinements that the Rolex Submariner collection has seen over the last half-century that makes it such a universally revered watch. It is one of the most recognisable wristwatches ever – a feat of dominance that would have been impossible if any change was too fast or too progressive in its scope. With this latest expression of the no-date Submariner, we see updates that undoubtedly improve the watch, both with the more ergonomically designed case and the introduction of a superior movement. It is a watch that remains unmistakably a Rolex Submariner, and is once again an even better watch than the previous generation.