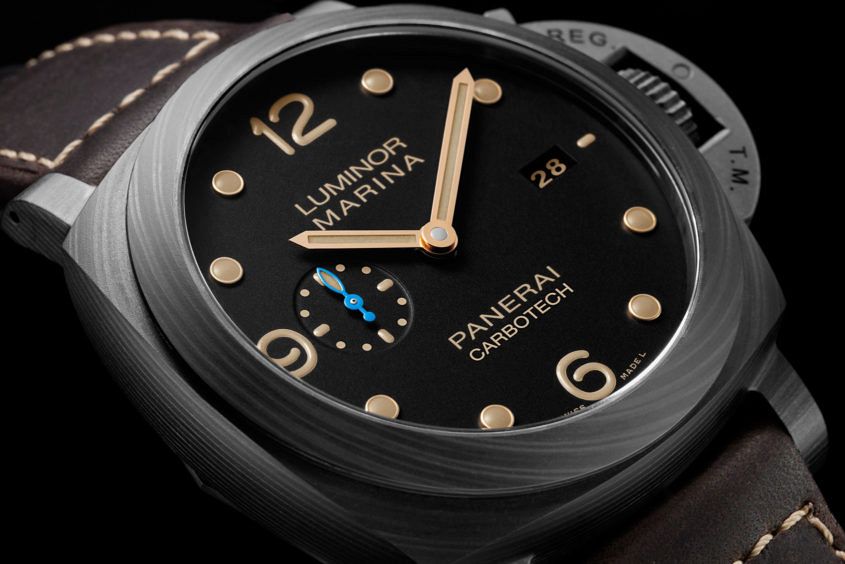 After a surprisingly quiet SIHH, Panerai chose to reveal a host of new models at an exclusive event just four months later in Florence. There’s a lot of new wrist-candy on offer, but one particular piece caught our collective eye – the Luminor Marina 1950 Carbotech, or PAM00661 if reference numbers are more your thing.

Carbotech, a technology that up until recently was only seen in aviation and supercars, was first debuted by Panerai on last year’s Luminor Submersible. A composite carbon polymer material that’s both incredibly strong and incredibly light, outperforming ceramic and titanium in both metrics, it also allows for some interesting finishes, like the matte black wood-grain effect of the PAM00661. The watch has a hint of ‘stealth’ about it, so although the distinctive crown guard means this is clearly recognisable as a Panerai, the use of unconventional Carbotech makes it more understated. 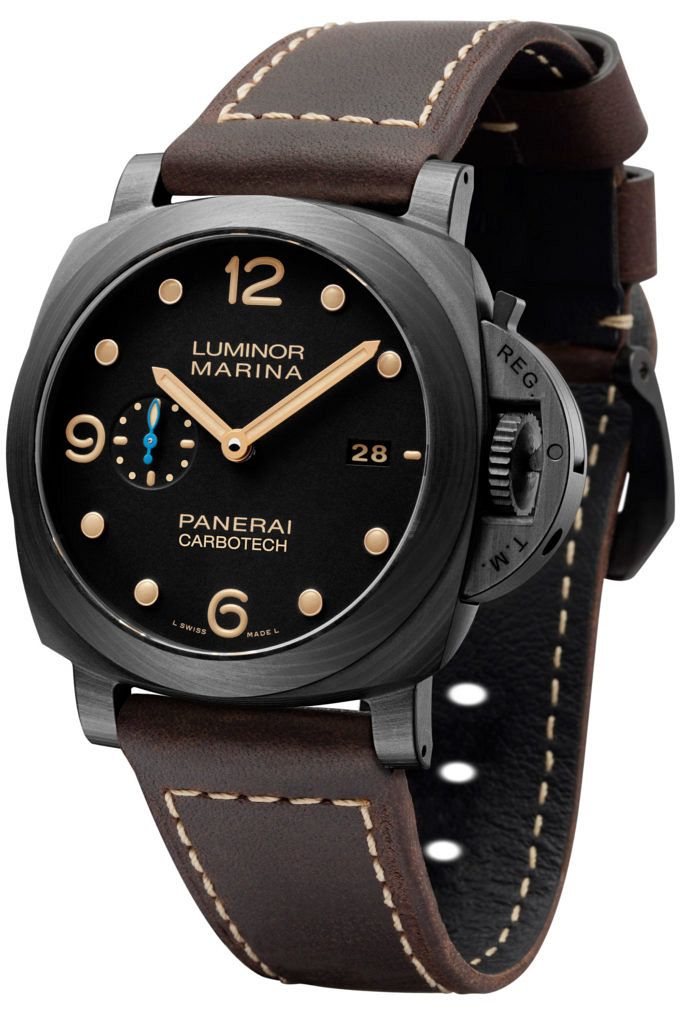 The modern case material is offset by the warm brown Ponte Vecchio leather strap, as well as the dial’s classic Panerai hands and markers in vintage-style ecru. There are some other interesting features to the dial too; the applied round hour markers look to have been borrowed from the Submersible collection, as does the bright blue second hand. You’ll also notice Panerai’s iconic sandwich-style dial construction is absent. The new P.9010 movement (an upgraded version of the P.9000) powers the watch. So while the Carbotech is the most obvious new feature, it’s not the only new element at play, and as a whole the combination of reassuringly solid design and highly technical materials works well. 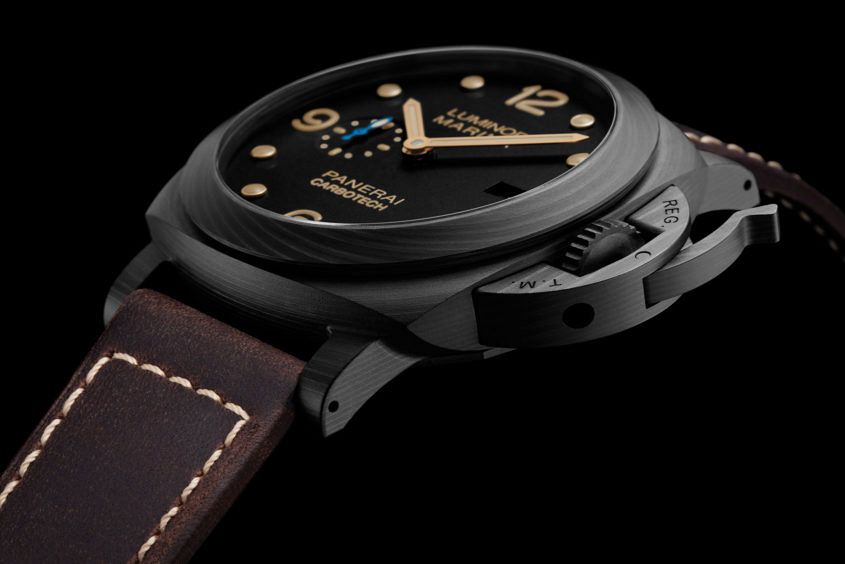 This model – along with others from the likes of Bell & Ross and Audemars Piguet – could well be forging a new trend in carbon fibre. Still, like PVD before it, only time will tell if Carbotech and its buddies have what it takes to endure. But however you slice it, the Luminor Marina 1950 Carbotech is a very good-looking chunk of carbon polymer.