If you’ve been around watches for more than a few years there’s a decent chance you’re familiar with the watch designs of Alain Silberstein. They’re bold, bright and very much of their time — crazy shapes and primary colours that go to show that Bauhaus design is far from boring. It’s minimalism, but in the most maximal way imaginable. Silberstein had his own eponymous brand, which is no more, but thankfully he’s still involved in the world of watches — he was one of MB&F’s friends a few years ago and now he’s popped up in this cool, colourful collaboration with Louis Erard. 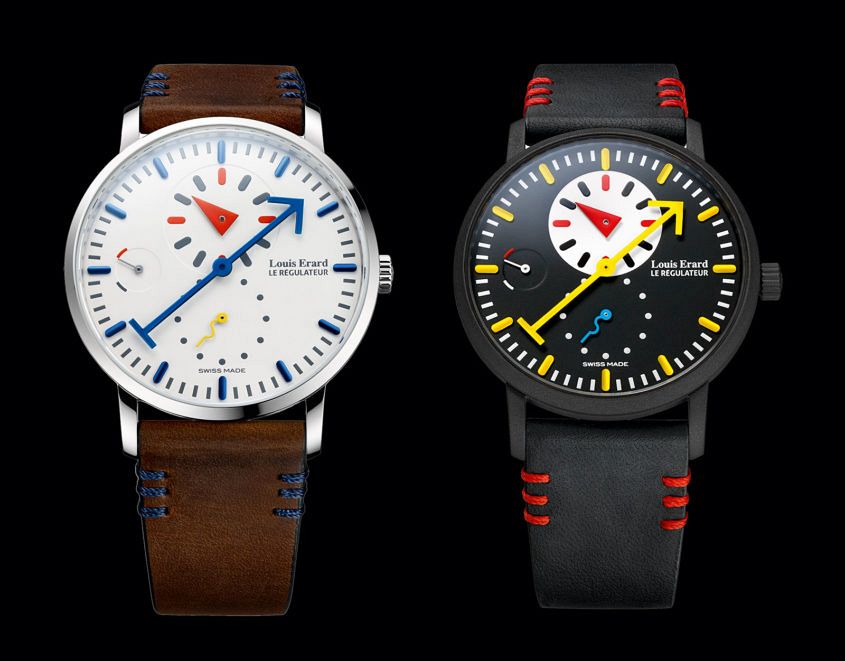 Louis Erard is another name you might not be familiar with, even though the name has been around for 90-odd years. It’s also a name you might be hearing more of in the years to come, as they seem to be picking up steam, as evidenced by this very funky fresh take on the classic regulator. Regulator is where the hours and minutes appear on separate sub-dials — a design originally conceived for accuracy of time reference. The movement used in this 40mm steel regulator is a manual Peseux base with an exclusive Soprod module on top. And in addition to the deconstructed time display you get a power reserve at nine. And you get it all in a wild panoply of colours, and an incredibly distinctive set of hands that are 100 per cent Silberstein.

And while I’m willing to acknowledge that the look is something of an acquired taste, the value proposition is quite strong. A well-made interesting watch that’s eminently wearable, in either white or black (which has a PVD case) for 2800 or 2900 CHF respectively.