INTRODUCING: The Depancel Tangerine belongs to a tribe called zest

Last year was a big year for Depancel, and 2023 is already getting off to a great start. The first Depancel Serie-A Allure was launched after crowdsourcing the design choices, resulting in a watch that guaranteed an adoring audience instantly. Some 500 pieces were made and sold, increasing the brand’s upwards trajectory and inspiring further exploration of the Serie-A Allure lineage. Depancel have now unveiled their ultra-limited edition of the Serie-A Allure with vibrant new colours, known simply as “The Tangerine”. 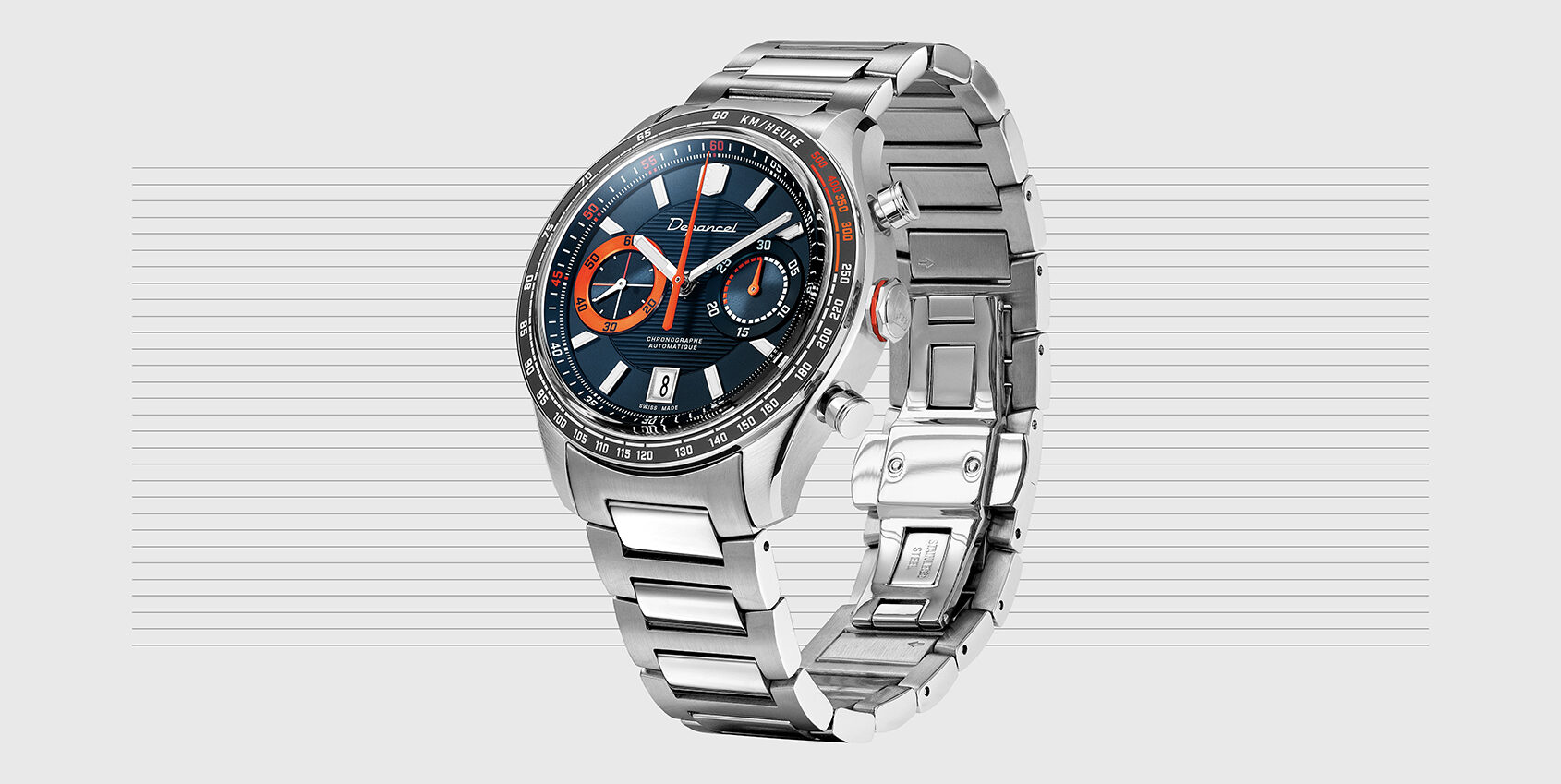 The Tangerine instantly earns brownie points with me as I love watches with short and catchy names, when they easily could have called it the Depancel Serie-A Allure Tangerine Limited Edition, or something clinical like that. You can tell from a glance that the watch is full of character, and made by passionate people with a love for watches — especially racing chronographs. The case seems to be a bit of a hybrid between the rounded stylings of the 1960s and the bulk of the ’70s The majority of the finishing is finely brushed, with a polished chamfer that runs the entire length of the lug-to-lug and polished centre-links on the steel bracelet. The polished piston-style pushers stand out as well, as does the triple-layer octagonal crown with a red accented middle. 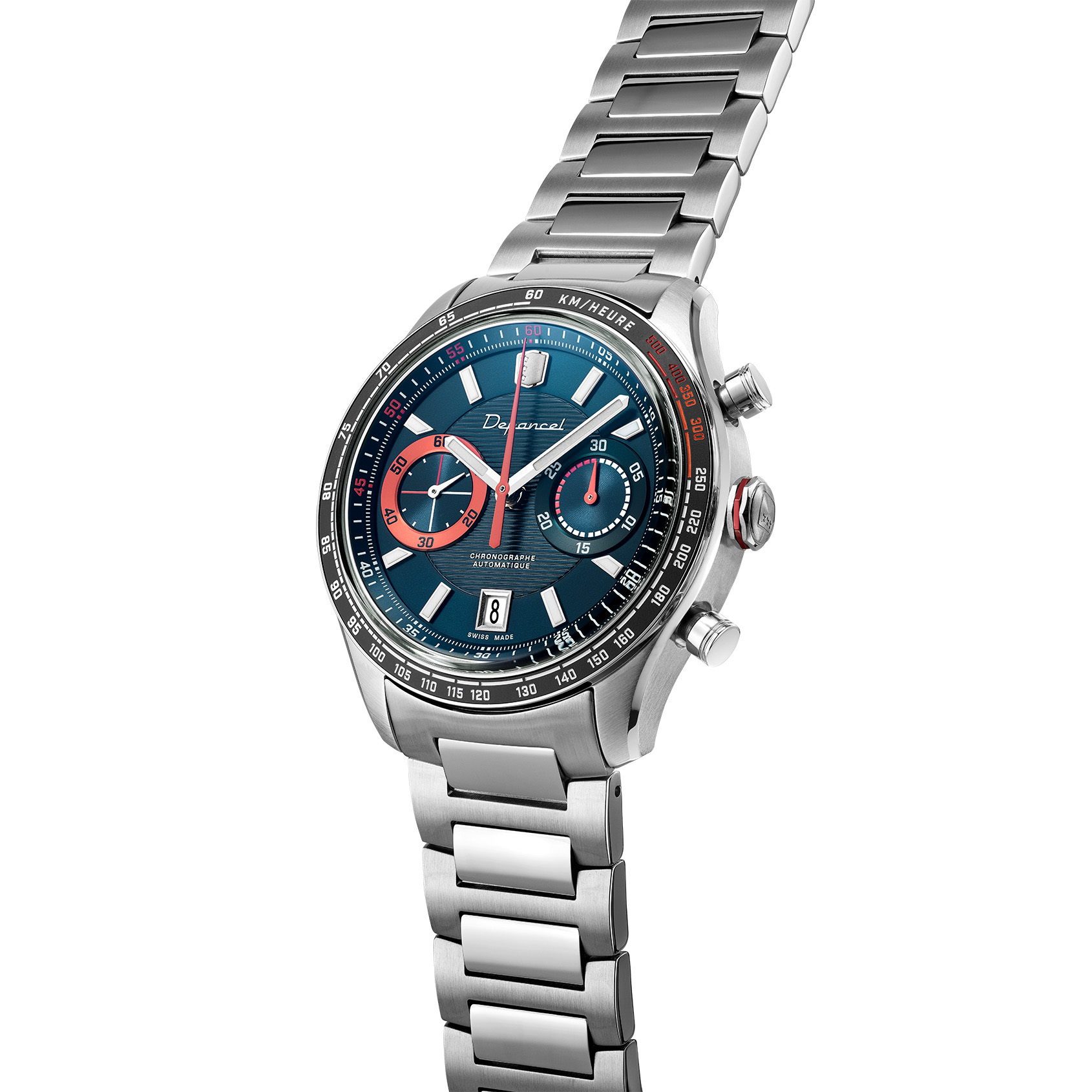 The deep navy dial has quite a lot going on, so let’s break it up into its sections. The central sector has a horizontal engraving, providing a great textured backdrop for the Depancel logo and dial text. The outer section is smooth but for the blocky hour markers filled with lume, the Depancel logo (inspired by the 1954 Facel Vega) and a framed date window at 6 o’clock. A chapter ring offers a traditional minute timer for the chronograph, while the ceramic bezel insert allows you to use a tachymetre. The two subdials are glaringly different, with the running seconds counter at 9 and the minutes counter at 3. The titular Tangerine elements are bright on the chronograph hands and the small seconds ring, while touches of darker red are also visible in various numerals. 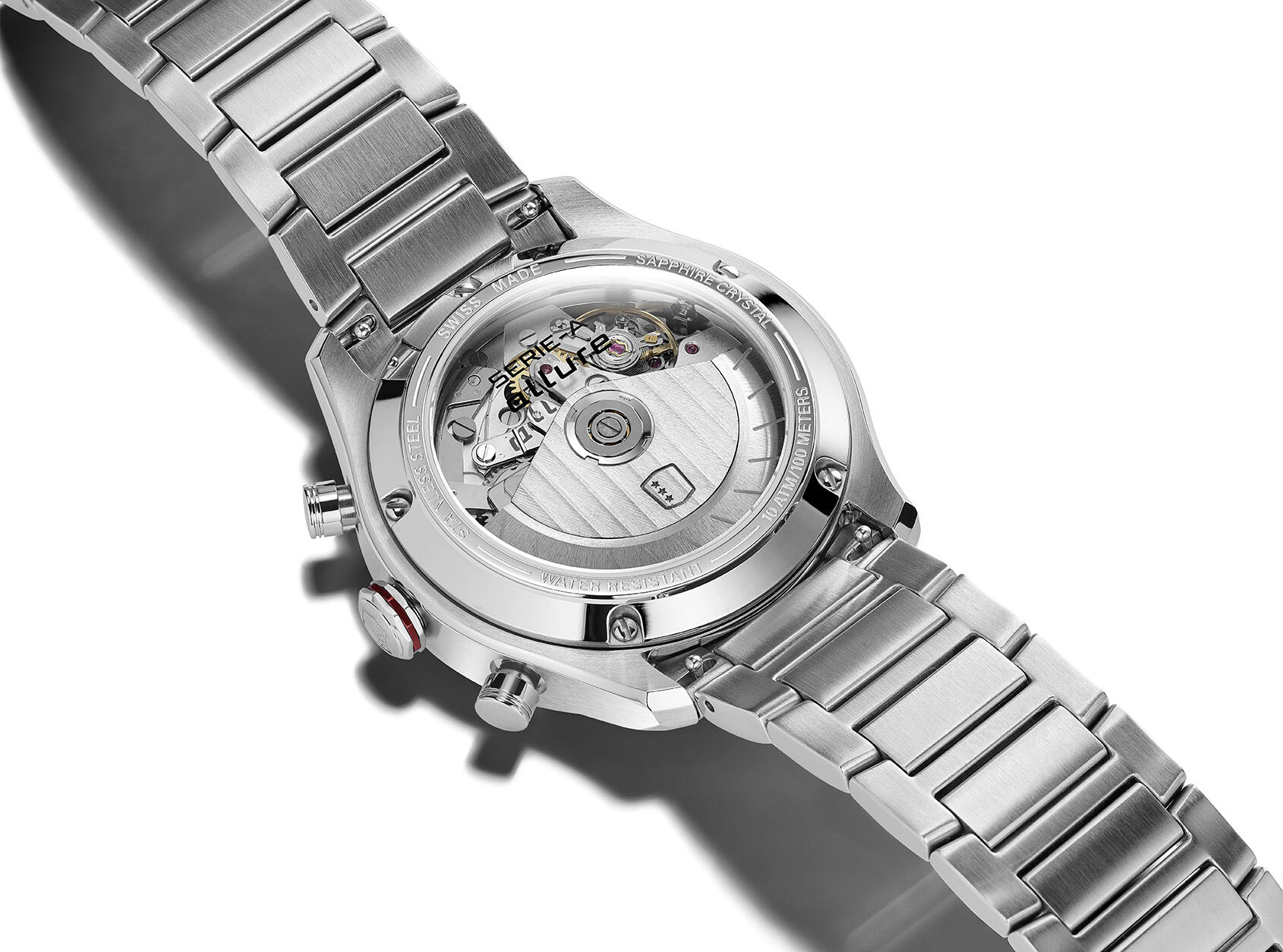 In terms of specifications it’s quite a large watch, but not insensibly so. The diameter is 43mm with a 15mm thickness, but the stubby and downturned lugs help it fit well on an average wrist. If you want to swap the steel bracelet out for something aftermarket like the optional blue leather or a NATO, you should have an easy time thanks to the 22mm lug width and quick-release spring bars. It’s also capable of going swimming with a 100m water resistance rating, although you should be careful not to bump the pushers while underwater. The movement is the Swiss-made ETA 7753, which is both a clever move for reliability and accuracy as well as vintage style. The 7750 has been around in various guises since 1974, and this one has been modified with a custom automatic winding rotor. It has a smooth beat rate of 4Hz and an acceptable power supply of 42 hours, the date complication adjusted via a hidden pusher at 10 o’clock, next to the limited-edition plaque on the left side of the case.

The Depancel Tangerine pricing and availability:

The Depancel Tangerine is strictly limited to just 100 pieces, although I expect we will see more releases in the Serie-A Allure family to come. Pre-order price: €1,695