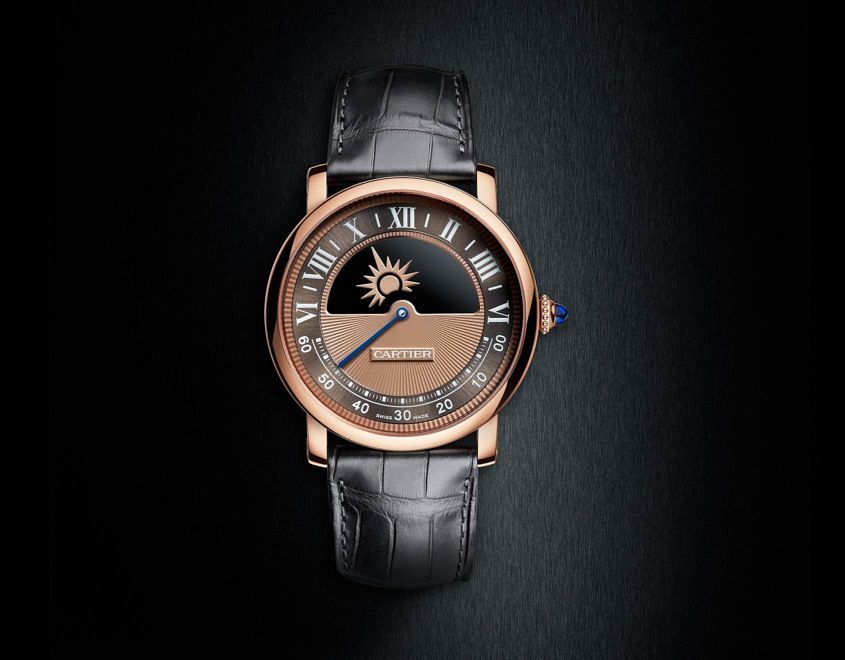 Cartier may be better known for simple timekeeping classics like the Tank or the Santos. But it’s no secret that the French maison also hosts a history full of complicated – and equally as iconic – designs. In fact, even before the Tank or the Santos were the style icons they are today, Cartier were mystifying the world with mysterious movements. Like that of their Model A mystery clock, and the cleverly stylised sun and moon day/night display of the Comet clock (AKA the Planet clock), both of which date from 1912. As a prelude to SIHH 2018, Cartier have, for the first time, combined both these designs into the aptly named Rotonde de Cartier Mysterious Day & Night Watch. 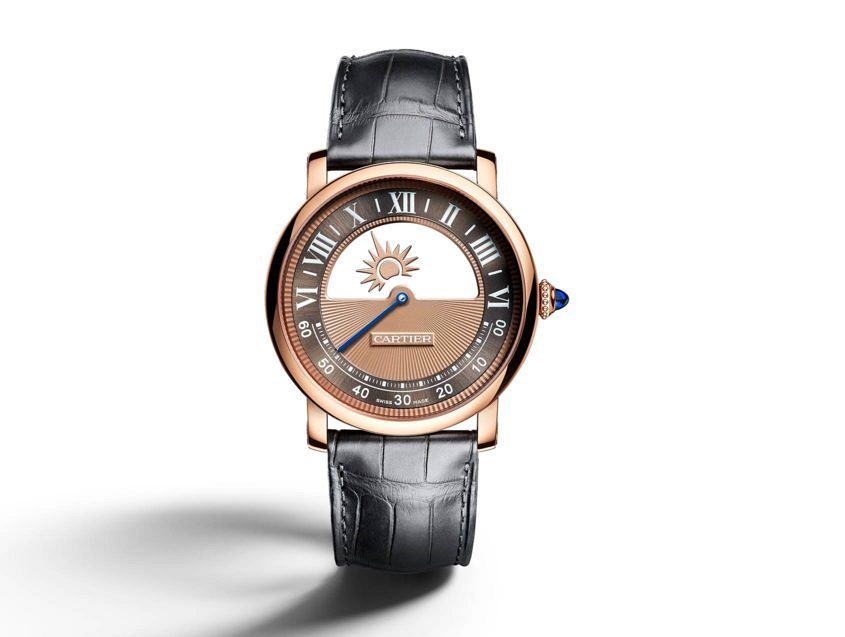 The watch starts with the 40mm case – available in 18k white or pink gold – and the quintessential Cartier beaded crown, set with a sapphire cabochon. It’s actually the dial where things really get interesting. Radiating from the centre is a section of guilloché, which is then met by a surrounding ring of brown satin sunburst. With the minutes presented on the bottom half and hours at the top. Indicating the minutes is a right-to-left tracking, bright and blued steel retrograde hand. However, it’s at the top where the magic and mystery happens. Seemingly floating within a transparent window is a stylised sun. Doubling as the day indicator and an hour hand as it arcs left to right across a 12-hour scale from 6 to 6. Before giving way to the moon and distinguishing night from day. A rather simple yet incredibly romantic way to tell time. 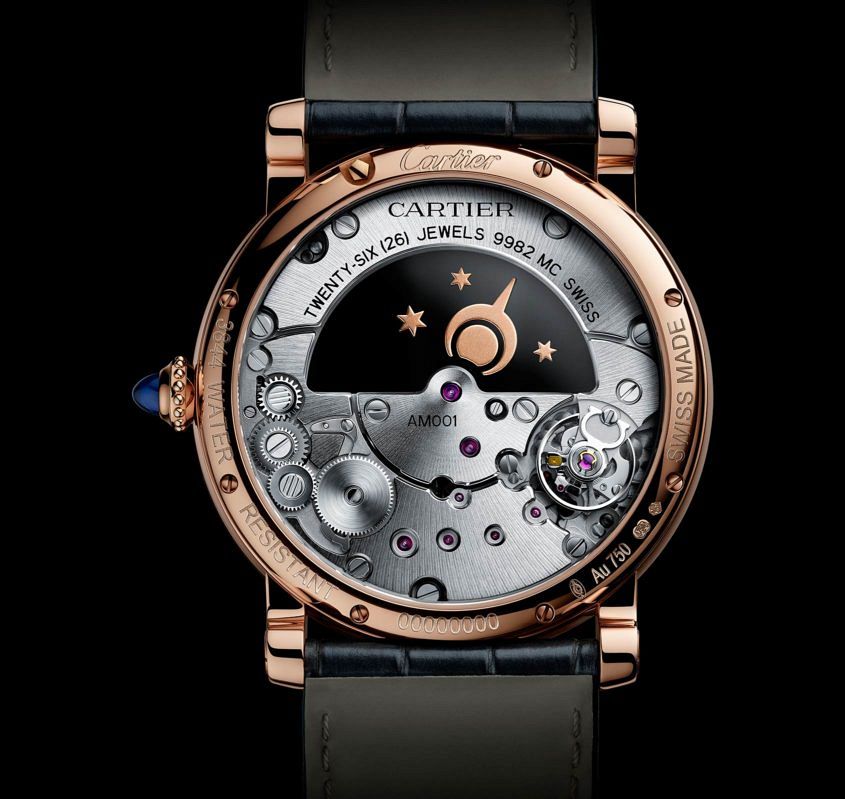 Bringing the poetry into motion is the in-house Calibre 9982 MC. A 174-part (including 26 jewels) manually-wound movement. Beating at 4 Hz with a minimum power reserve of 48 hours. It’s hard to tell from the images we’ve seen so far, but the level of finishing should not disappoint. And it’s always a pleasure to see the hallmark c-shaped bridge over the balance wheel. The complete package is delivered on a grey alligator strap with an 18k gold folding clasp. If this is just the beginning of what we can expect to see from Cartierin 2018, it looks like it’s going to be another great year.