INTRODUCING: The Grand Seiko SLGH005 brings the 9SA5 to standard production in steel

Whenever I hear a new Grand Seiko is being released, I get all giddy inside. Like a child hoping to find a Nintendo Switch under the tree on Christmas morning, Grand Seiko novelties are highly anticipated by fans worldwide – and fortunately they never disappoint. We recently covered the 60th anniversary limited edition Grand Seiko SLGH003, celebrating the introduction of the new hi-tech 9SA5 caliber into a stainless-steel watch. It made this latest innovation more accessible to the masses than the previous precious metal SLGH002. The new Grand Seiko SLGH005 not only introduces yet another reference in stainless steel, but also marks the first time the caliber has been used in an ongoing production model – with a gorgeous “white birch” dial to make the offering that much more tempting. 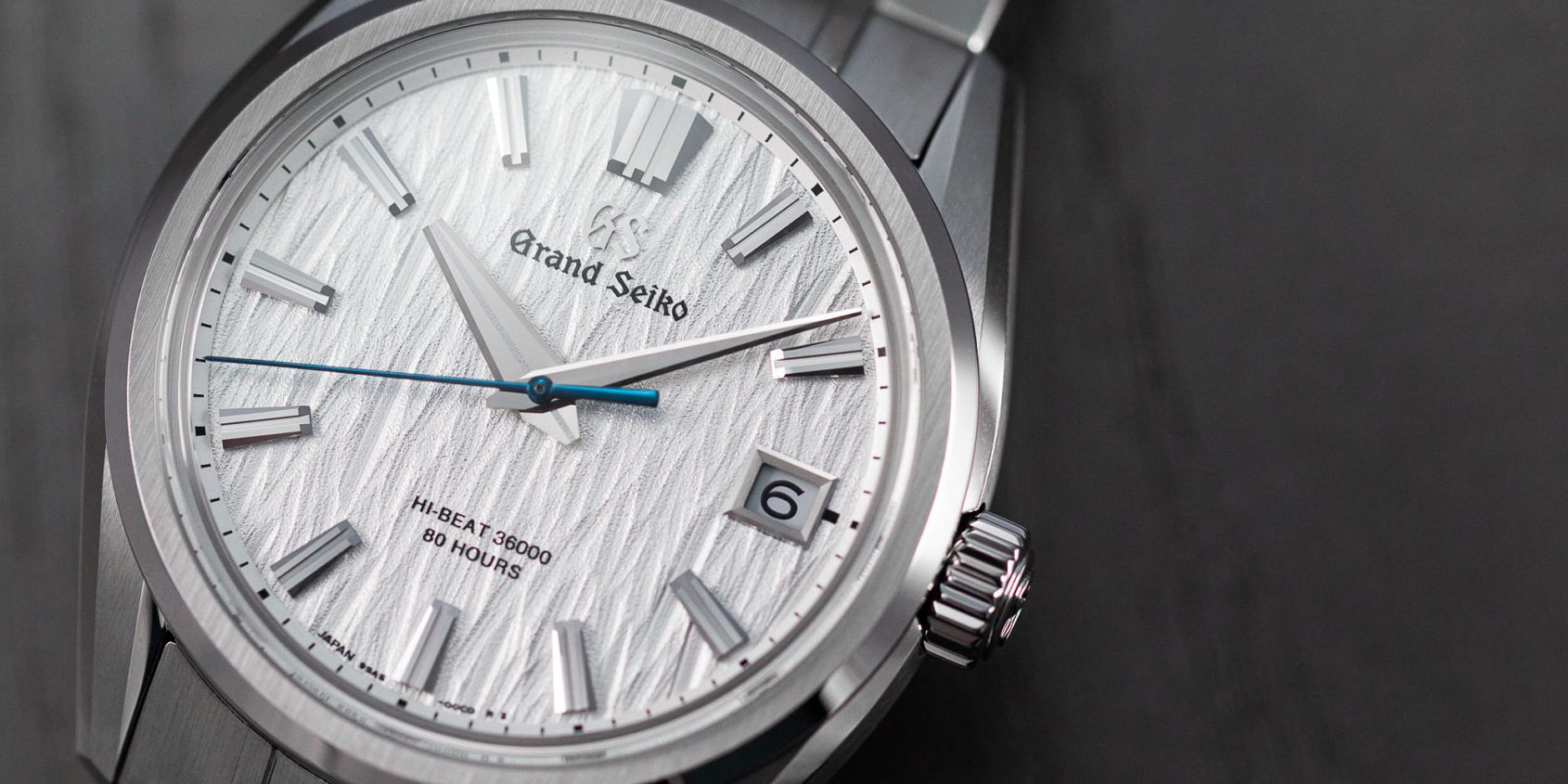 The white textured dial is inspired by the white birch trees surrounding Studio Shizukuishi. The pattern is applied via a press pattern stamp, with tons of pressure applied to the dial base – similar to how the Snowflake and Mt. Iwate dials are fabricated. According to Grand Seiko, “Studio Shizukuishi, where all Grand Seiko mechanical watches are made, is surrounded by woodland areas boasting nearly 1000 wild-grown trees. These forested areas are maintained and preserved by the people of Shizukuishi, with the manufacturer itself also taking part in the region’s sustainability, nature, and the local community. It is only fitting then that nature continues to influence the designs of Grand Seiko’s creations”.

With the dial now white, versus the blue found in the SLGH003, instead of the ceremonious red hand found on the 60th anniversary watches here we have a hand-blued central seconds hand. To provide better contrast against the dial, the hands are now mirror polished which means that when light hits them straight on they will go darker against the bright dial. The hour hand is the same broader hand we saw on the SLGH003, with a sort of frosted line of texture that symmetrically splits the hand. The faceted mirror polished hour indices are channelled to give them each a great amount of depth to their design. The minutes track is stepped, radially indicated via the inner bezel. In this instance, the black on white date disc at 3 o’clock matches the dial – resulting in little break to the dial visual. 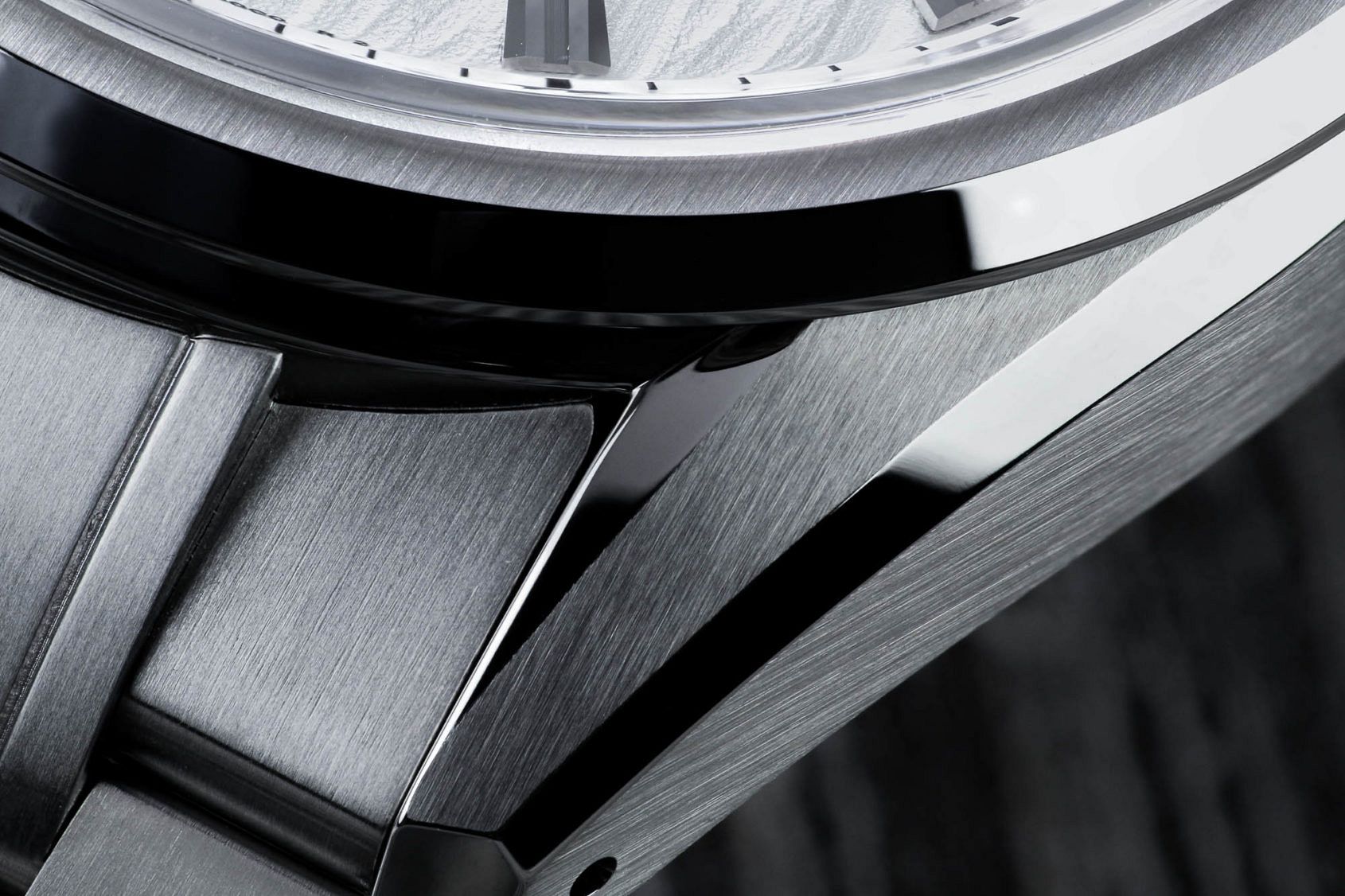 The stainless-steel case is the same design found on the SLGH003. Sized at 40mm in diameter and 11.7mm thick (including its boxed sapphire crystal), and 47mm lug-to-lug, the SLGH005 is one of the more slender timepieces from Grand Seiko and its compact lug-to-lug makes it the perfect size for a large spectrum of wrists. The bezel utilizes a flat satin brushed ring around the sapphire crystal that breaks into a mirror polished slope down towards the caseband and lugs. As a Series 9 design, the case utilises many satin-brushed surfaces with adjacent narrower distortion-free mirror polishes to provide aesthetic contrast and play with ‘light’ and ‘shadow’. While it by no means inelegant, Grand Seiko worked to make this design very sporty as well – and its screw-down crown and 100 metre water resistance further reflect that fact. With more brushed surfaces, over the course of daily wear it will better hide the scratches it may incur over time. 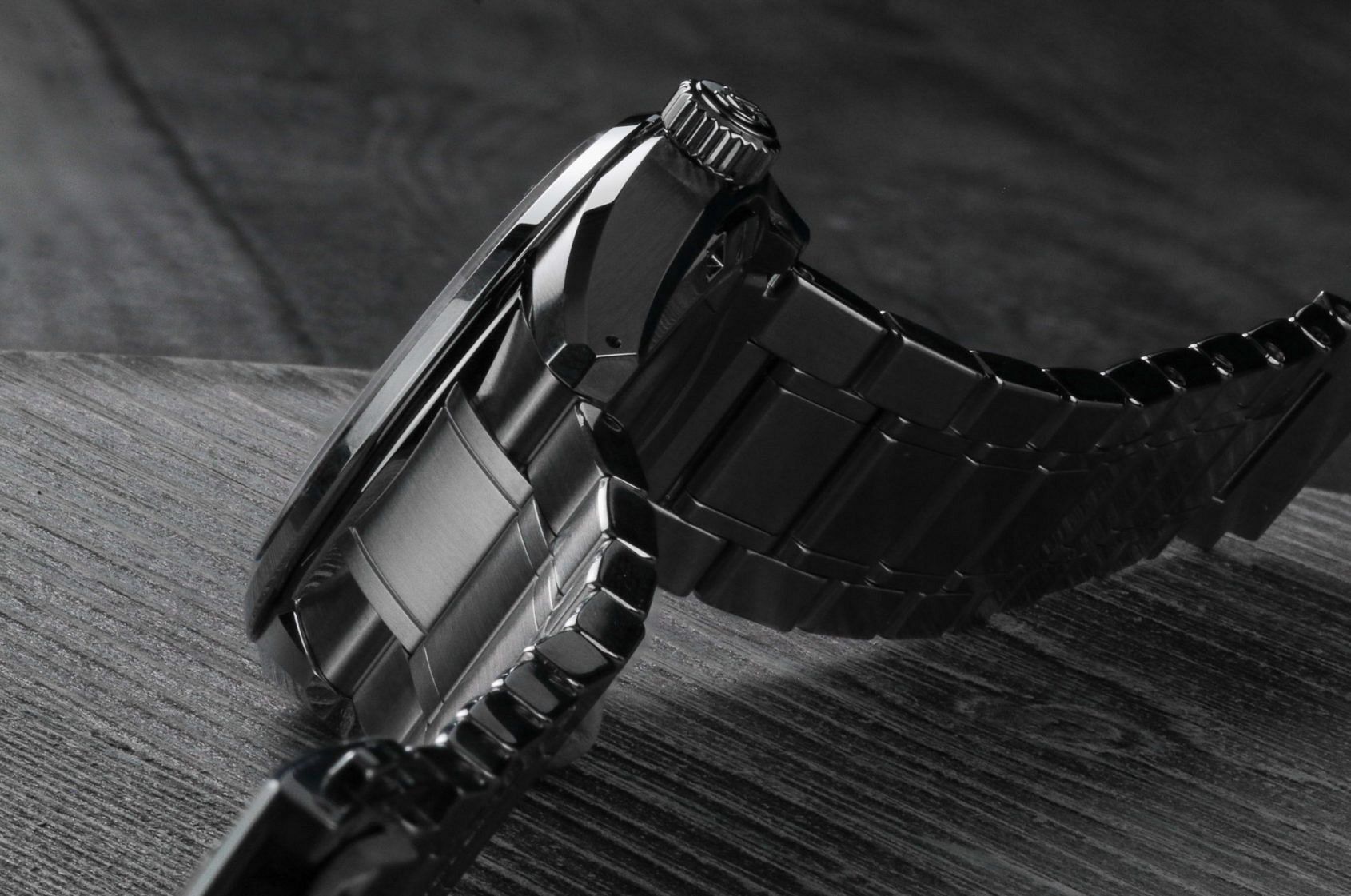 The bracelet is a broader 22mm format of the familiar five-piece link design that tapers down to 20mm as you reach the folding clasp. Like the SLGH003, the front of the bracelet is entirely satin brushed. Only the outer bevels of the shoulder links, and sides their sides, have received a mirror polish. This reiterates the sportier nature of the timepiece. Unlike the SLGH003, however, the Grand Seiko medallion on the clasp is rendered in stainless steel instead of contrasting gold. Being a stainless-steel watch, the links are secured by removable screws – so for those who are not the biggest fans of the pin and collar system you can let out a sigh of relief. 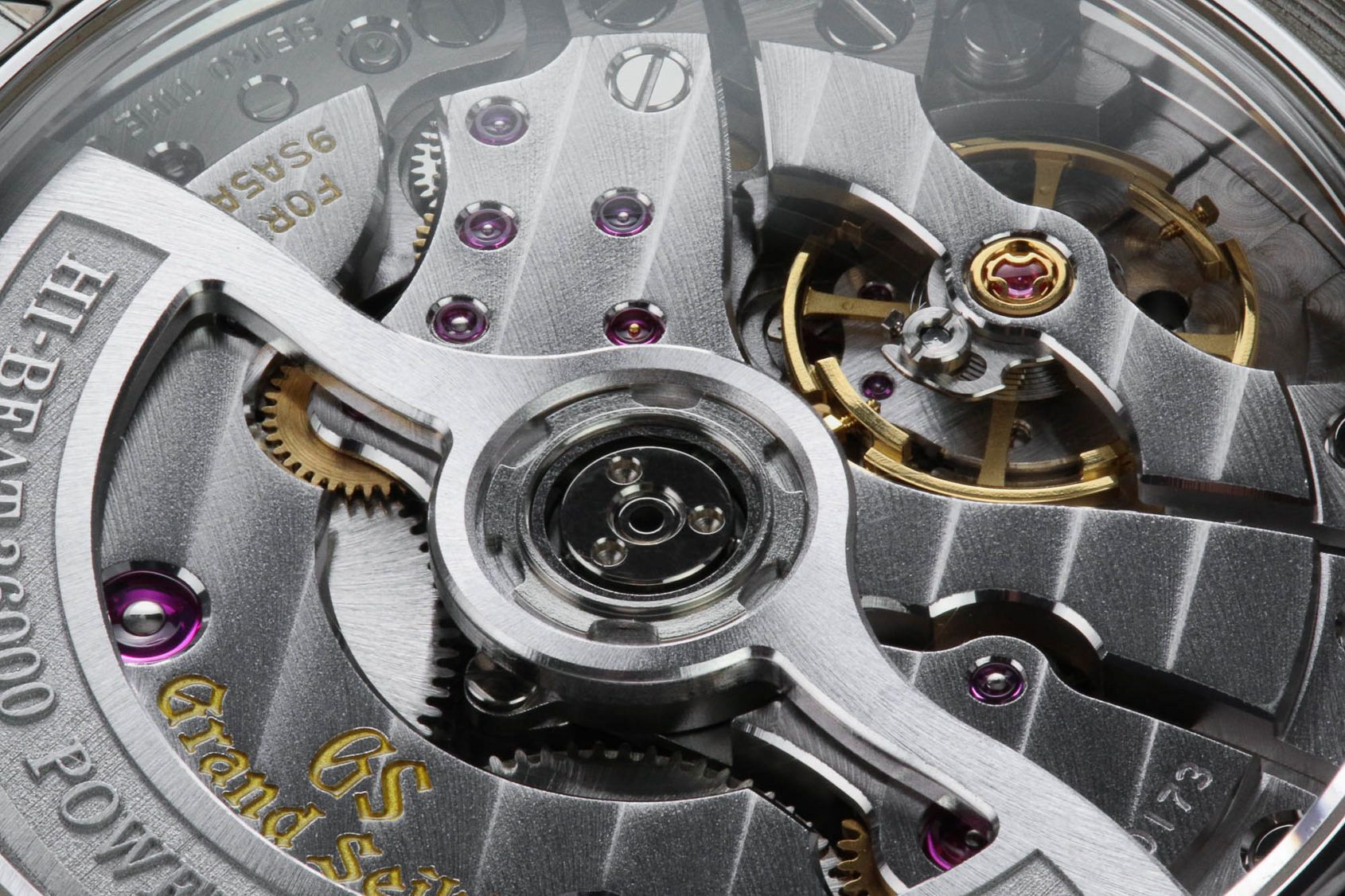 The caliber 9SA5 represents the pinnacle of 9 series caliber designs, a completely new design from the ground up that incorporates an entirely new dual-impulse escapement designed in-house. The twin barrel movement has 80 hours of power reserve, a hi-beat frequency of 36,000 vph, a new free-sprung balance, and new Grand Seiko overcoil hairspring distinct to the brand and perfected through over 80,000 simulations.

The culmination of the watch reflects what Grand Seiko has now distinguished as their Series 9 design. What is Series 9? According to Grand Seiko, “The Series 9 name echoes the number 9, which is used in the naming of all modern Grand Seiko calibers. The number 9 in Japanese is pronounced kyu, which is represented by the kanji symbol 九. Another kanji symbol 究極 — also pronounced kyu — translates to ‘the ultimate.’ This representation of the ultimate, along with 9 being the highest possible single digit number, signifies Grand Seiko calibers and this new series as being the ultimate in precision, legibility, durability, and beauty. These are the ideals behind Grand Seiko’s watchmaking philosophy.” 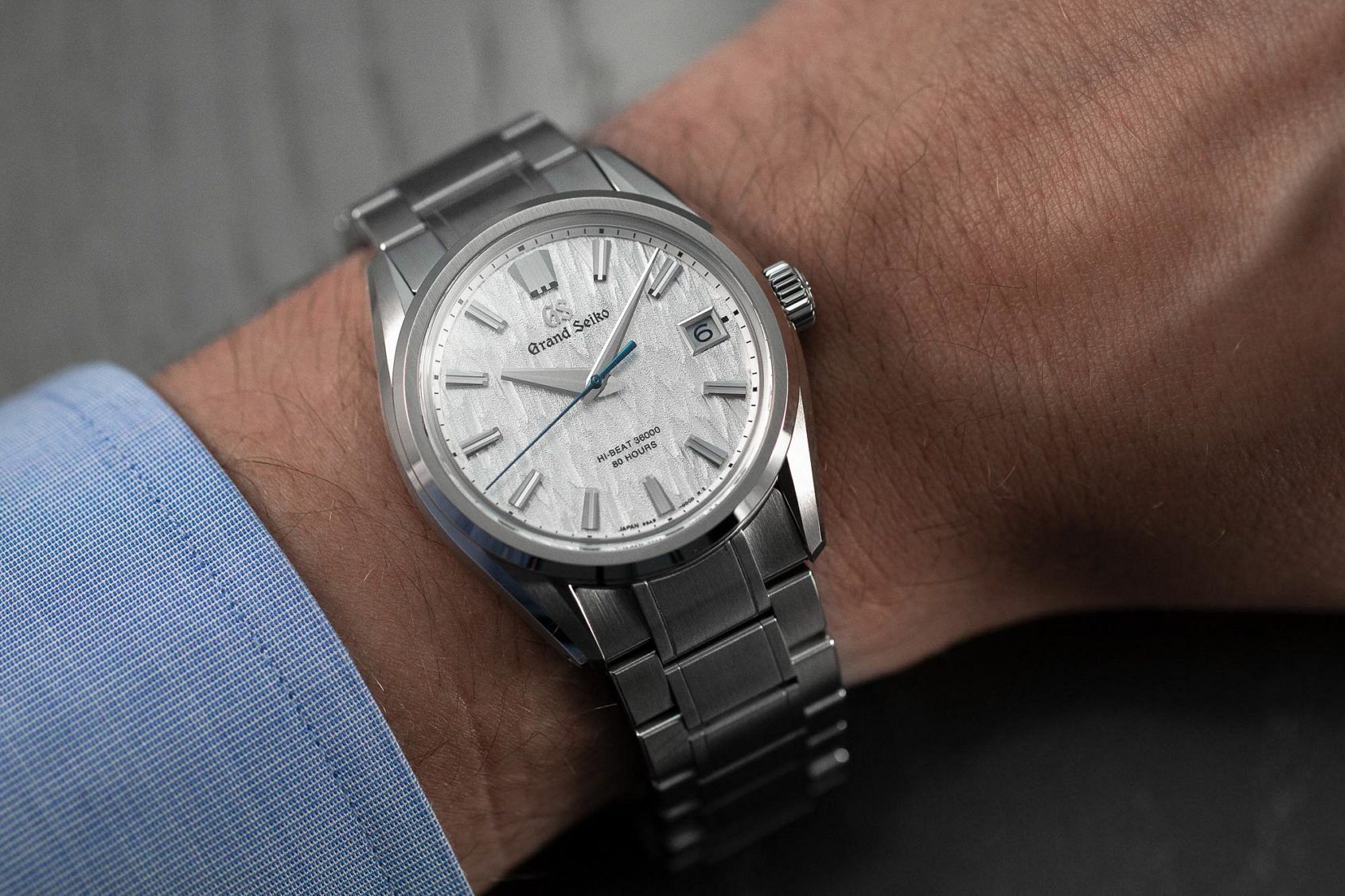