Omega shows no signs of stopping when it comes to James Bond special editions, despite Bond showing no signs of showing up for 2020. Last year we saw the release of a Seamaster Diver 300M jam-packed with nods to 007’s heritage as a celebration of the 50th anniversary of On Her Majesty’s Secret Service. Now, although it’s technically been 51 years, we are treated to this spectacle, the Omega Seamaster Diver 300M Platinum, which is a similar watch, lavishly cased. 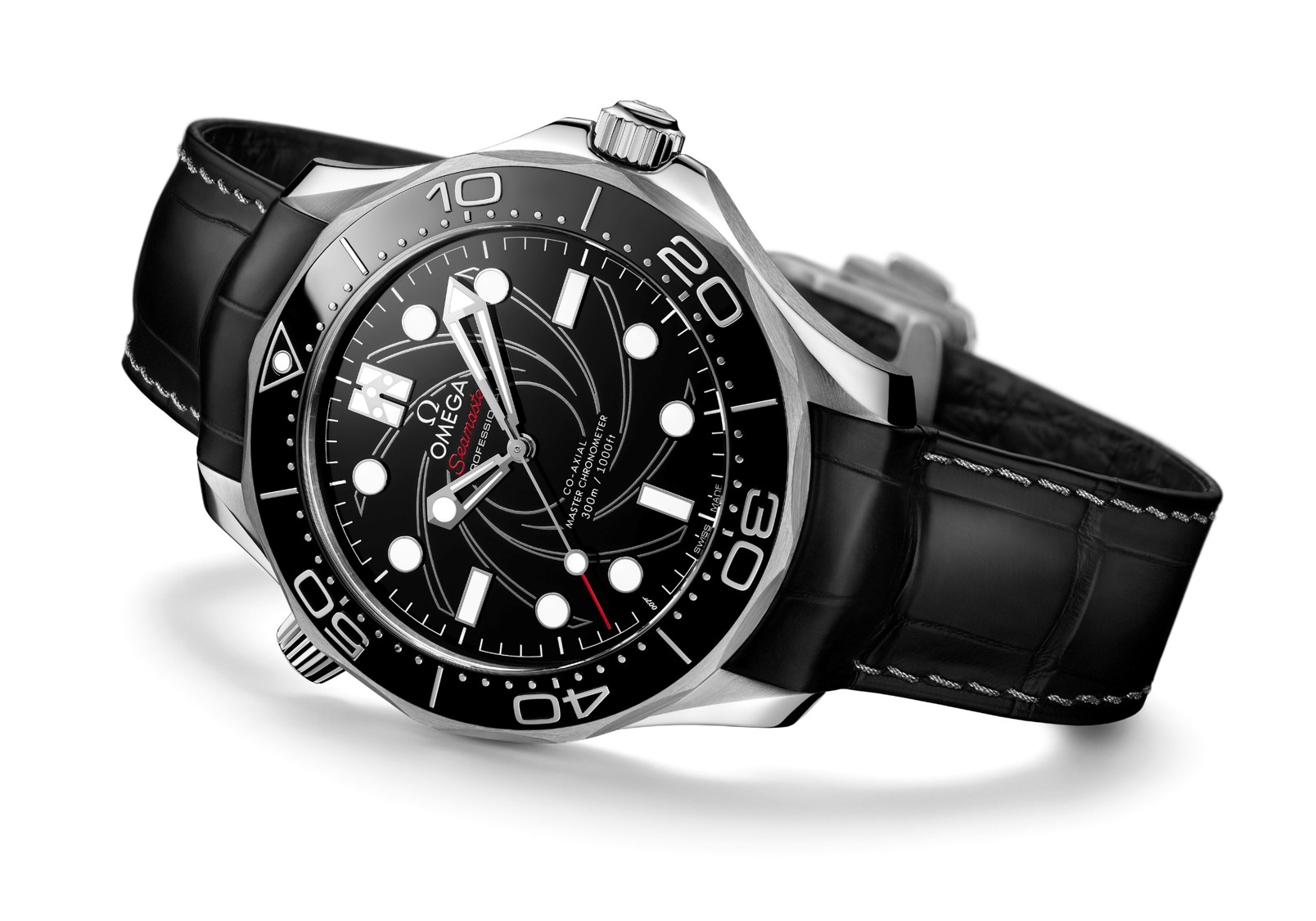 The spiral-dial motif is a throwback to one of the earliest Bond special editions, an SMP from 2006 celebrating the re-birth of Bond in Casino Royale. This time embedded in a glossy black enamel dial, the 18k white gold rifling perfectly complements the tones of the case and the black leather strap, which is completed by contrasting metallic stitching. Similarly to the previous On Her Majesty’s Secret Service 50th anniversary editions, the 12 o’clock marker is decorated with a reference to the Bond coat of arms, and the 10 o’clock luminous marker has the number 50 hidden within the paint, only to be seen when the glow comes to life. The specific production number of the watch is engraved on a plaque, screwed onto the side of the case. 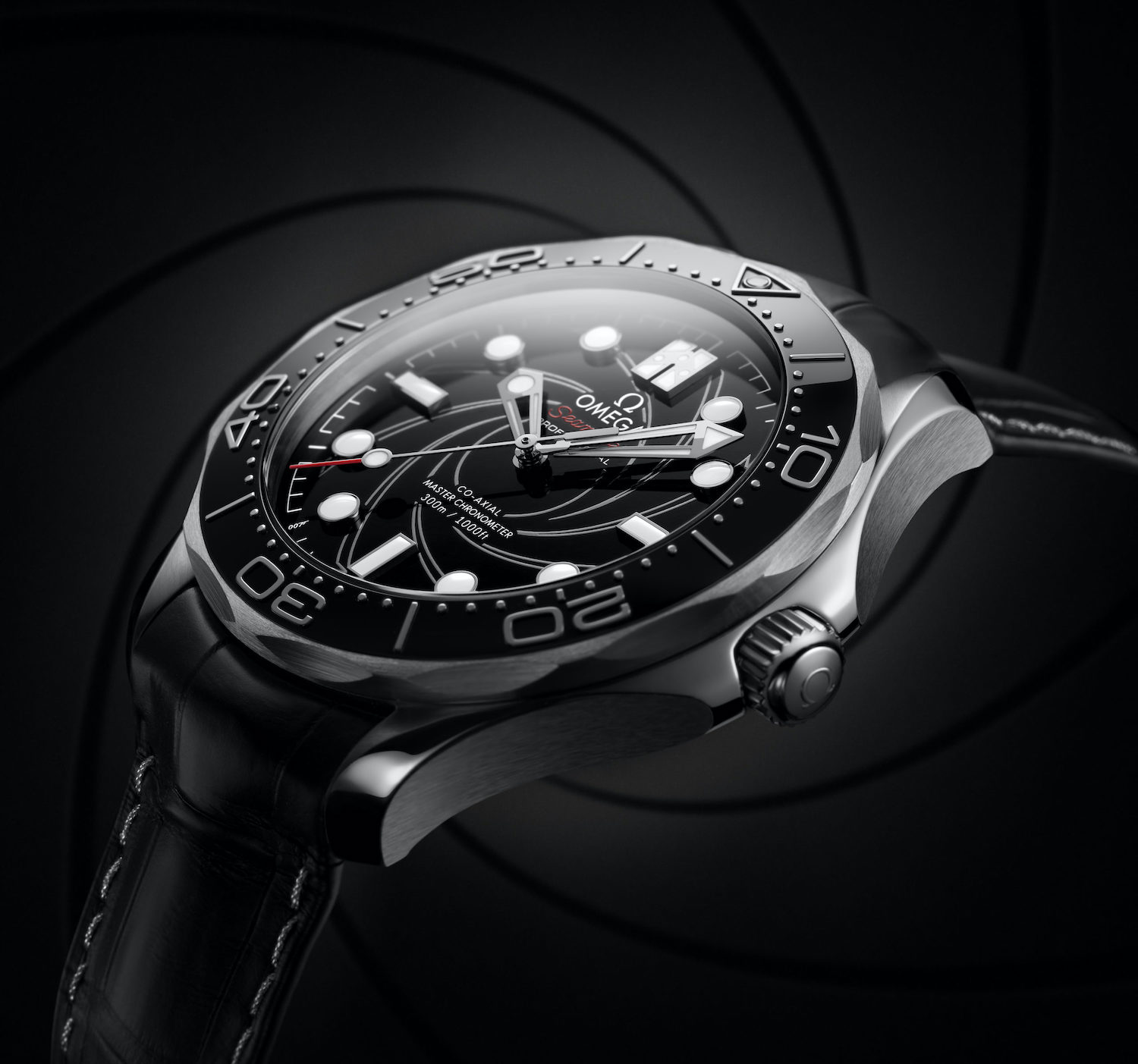 Aside from the platinum case, there are a couple of small differences that mark out this special edition from the previous models. Although they are all subtle, the most evident is the platinum-filled bezel markings, which are done in a positive relief to give a more tactile experience to its use and also add a great deal of depth. The display caseback etching is also applied in platinum, depicting the Bond family coat of arms, and the phrase “WE HAVE ALL THE TIME IN THE WORLD”. For the more eagle-eyed viewers, the addition of a white-enamel 007 logo can also be spotted on the minute track at 7 o’clock. 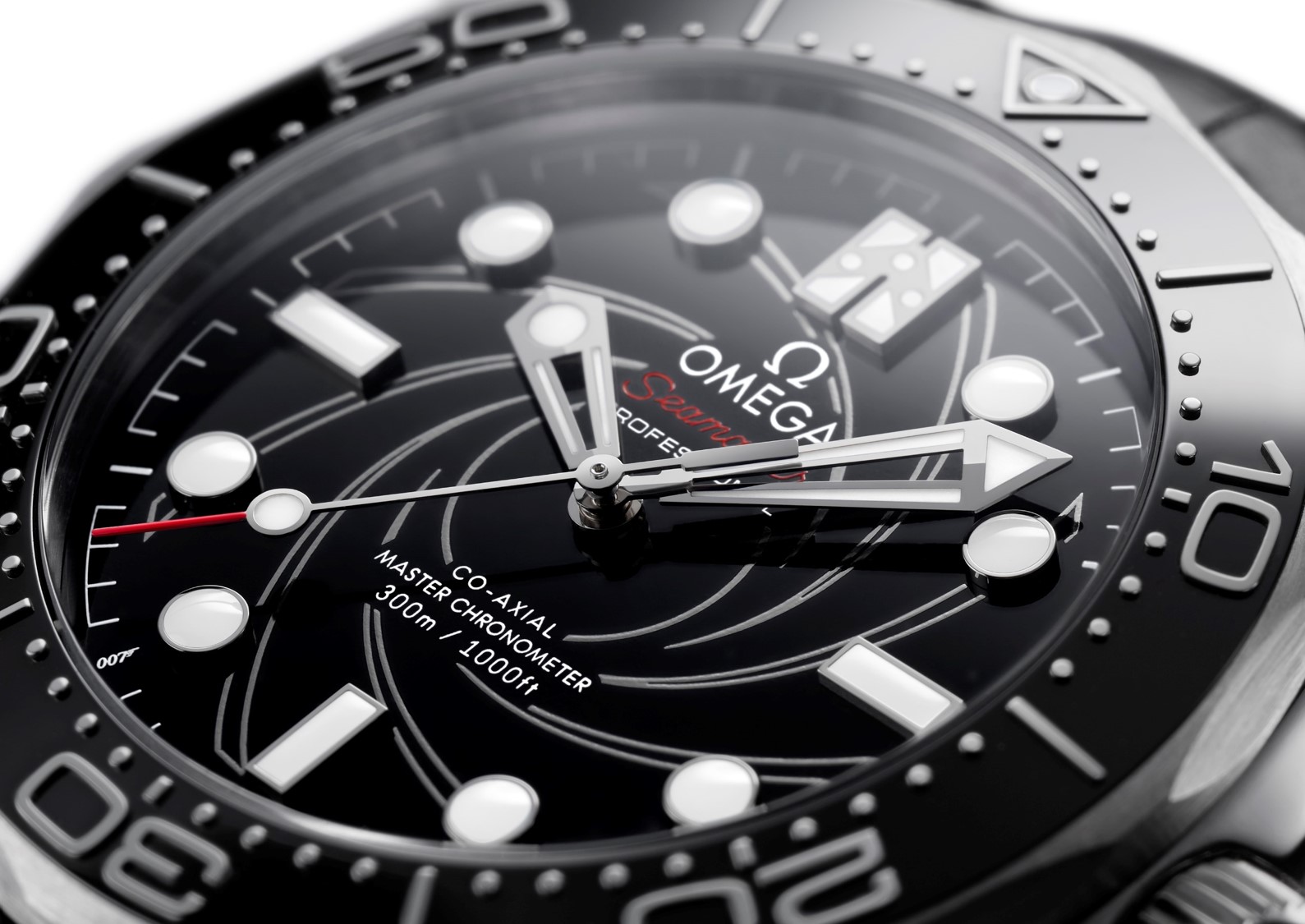 Beneath the lavish coat of arms lies the Omega Calibre 8807 Co-Axial Master Chronometer, one of the brand’s top in-house movements with the famed Daniels’ Co-Axial escapement and the inclusion of METAS certification. In addition to the COSC standards, METAS exposes the watches to some of the most rigorous testing fathomable, ensuring the watch is resistant to 15,000 Gauss and accurate within -0/+5 seconds per day, after the movement has been installed. 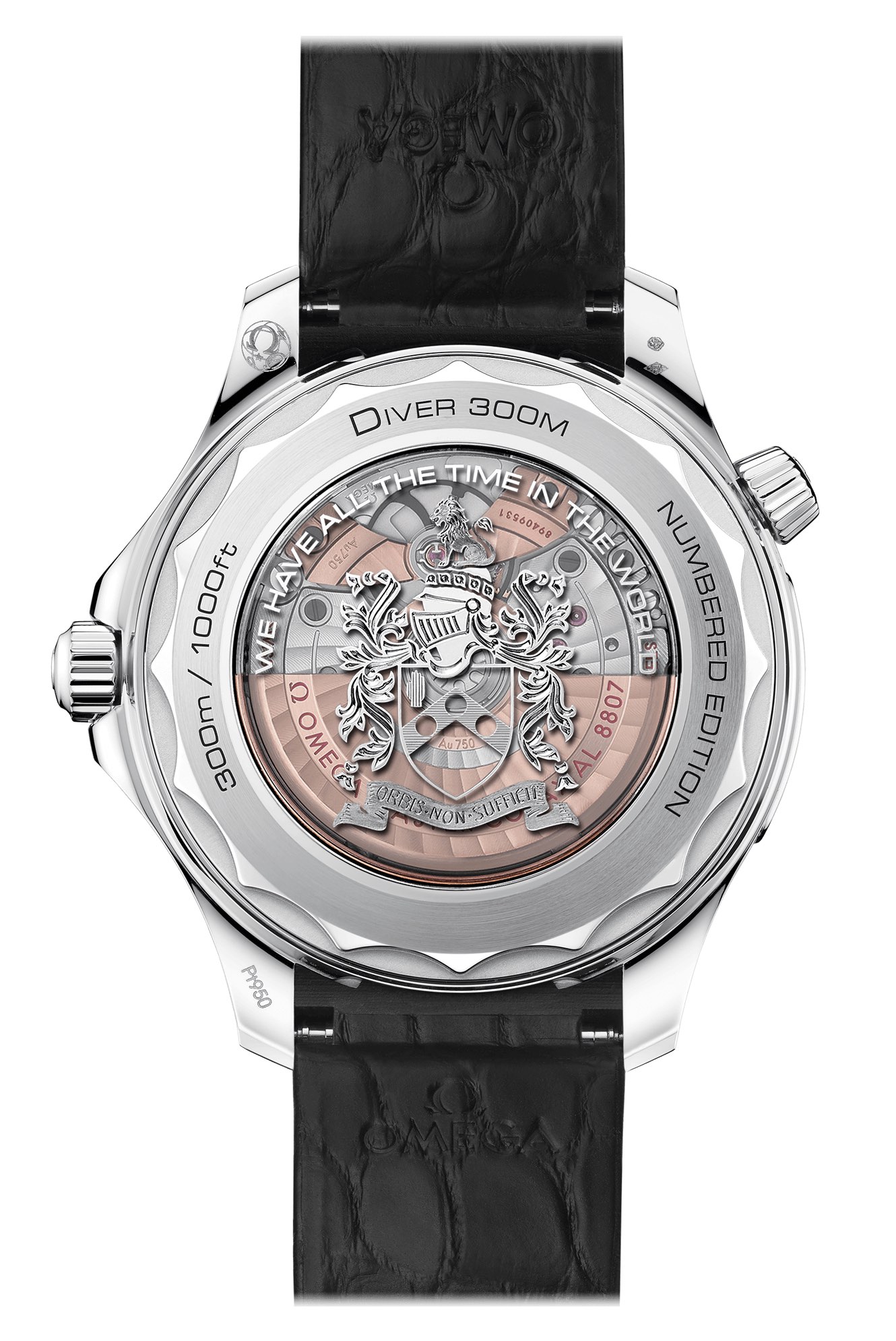 Pricing and availability of the Omega Seamaster Diver 300M Platinum

Of course, a fully platinum numbered edition from Omega is not going to be cheap. The RRP of Omega Seamaster Diver 300M Platinum is AUD$79,200, and truly sets this watch aside as a museum-grade collector’s item. Along with the Globe-Trotter suitcase, which is secured by NATO-inspired straps, you also get a spare rubber strap, should you be bold enough to consider taking this diving.