At SIHH 2019 in January, Montblanc will launch two new versions of the Nicolas Rieussec chronograph that it introduced last January: one in tone-on-tone of dark grey, the other in a bold mix of anthracite and richly copper-toned red gold. Having spent some time with the new pieces, I’ve fallen rather hard for the latter. It’s one of those “love at second sight” things. (Didn’t take long, though: the initial “Huh?” about the highly unusual colour scheme became “You’re the one” after – oh – a whole 15 or 20 minutes.) 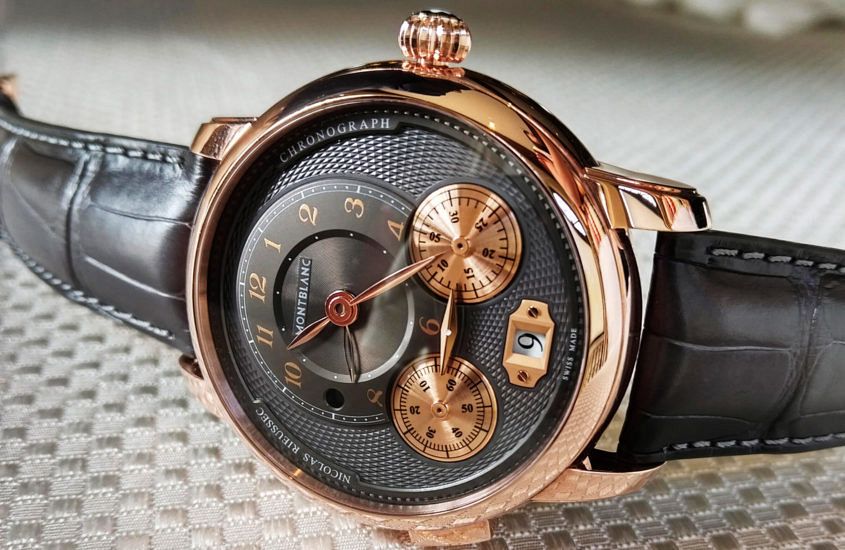 Since 2008 and Montblanc’s first tribute to the “time writer” or inked chronograph invented by the eponymous Rieussec in 1821, I’ve been intrigued by the model – a rare example of chronograph readings displayed in something other than the trusty old sub-dials-with-hands format. The 2018 version had me smitten: by losing a lot of the complexity of its predecessors, the design gained even more. And, rendered in tone-on-soft-silvery-tone, it was a thing of loveliness. The big deal, though, is its counter display: rather than the conventional hands rotating around fixed sub-dials, it has a fixed, double-ended pointer and a pair of side-by-side rotating sub-dials – one for chronograph 60 seconds; one for 30 minutes. That’s a direct echo of Monsieur Rieussec’s original.

Felix wrote about the piece a while ago and there’s nothing really to add for 2019. But there’s plenty that bears repeating. (But before we go there, did I mention the colours? Think autumn, tweed, malt whisky, bracken and mist, fine cognac in front of the fireplace at the end of a black-tie evening. Or sunset on a black-sand beach …) 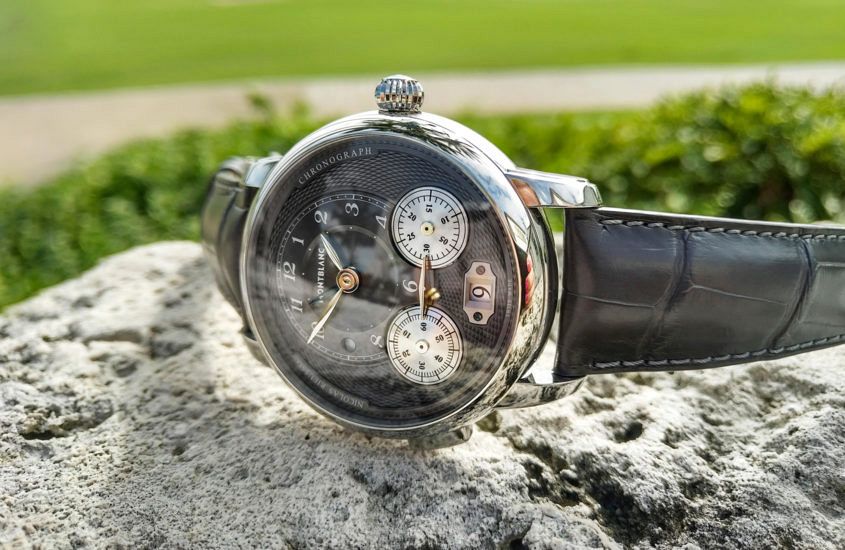 In its smooth and rounded galet (pebble-shaped) case, the Star Legacy Nicolas Rieussec looks and feels like a lot of watch. Which is exactly as Montblanc intended: a lot of watch especially in relation to its price. On the aesthetic side, it’s loaded with luxe details: the contrasting finishes on different areas of the dial, the raised guilloché filet around the outer edge of the dial (reminds me of a row of tailor’s tacks). The date (pace date-haters) that is an asset to the overall design, not a jarring distraction – its position perfectly balances the rest of the dial; its raised metal ‘window frame’ (attached by visible screws) is something you may not see on a watch that’s 10 times the price – mentioning no names here. The lugs with their stepped sides; the alligator strap in smoky grey (from Montblanc’s own Italian pelletteria) that perfectly matches the dial. The elegant decorative finish on the movement and the red-gold winding rotor that matches the case. 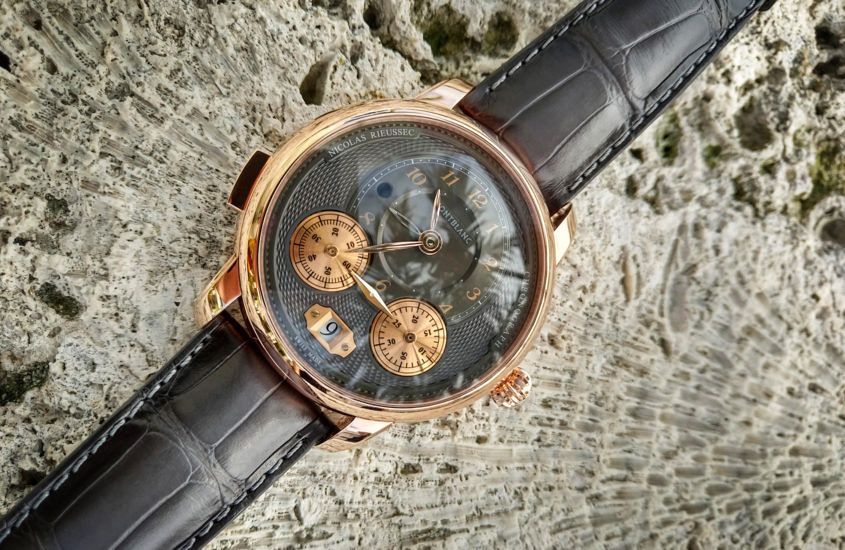 Which brings us neatly to the technical guts of the thing: it’s Montblanc’s well-respected mono-pusher chronograph calibre MB R2000, with a column wheel and vertical clutch. The barrel holds a power reserve of 72 hours – not at all bad for any chronograph; even better for a chronograph that also has a second time zone (and a day/night display in place of the ‘9’ on the hour ring). 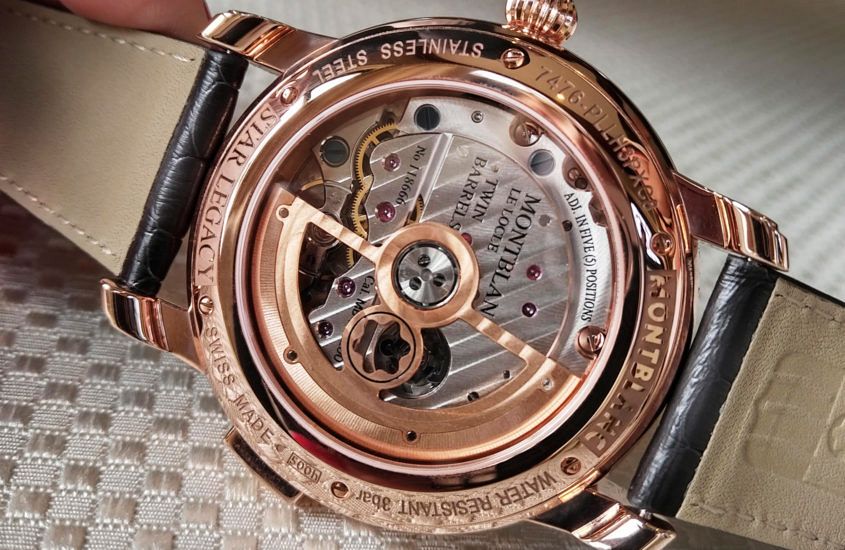 And did I mention the colours? The warm-copper-tough-grey contrast makes those luxe dial details ‘pop’ even more – especially the convex counter dials and hours ring. You may hate the colours; I get it – they’re not the usual and, therefore, not for everybody. But try second sight and see if it doesn’t sneak under your skin. Or don’t – the dark grey-on-grey version is waiting in the wings.