Following on from their somewhat controversial releases at SIHH, Girard-Perregaux has surprised us with not one but two new pieces to add to their already brimming Laureato collection.

Originally launched back in 1975, the then cutting-edge, quartz-powered Laureato was designed by an Italian architect who, the story goes, drew his inspiration from the dome of the famous Cathedral in Florence. With its octagonal inner bezel and integrated bracelet, the watch bore more than a passing resemblance to other very recognisable ’70s designs (read AP and Patek). 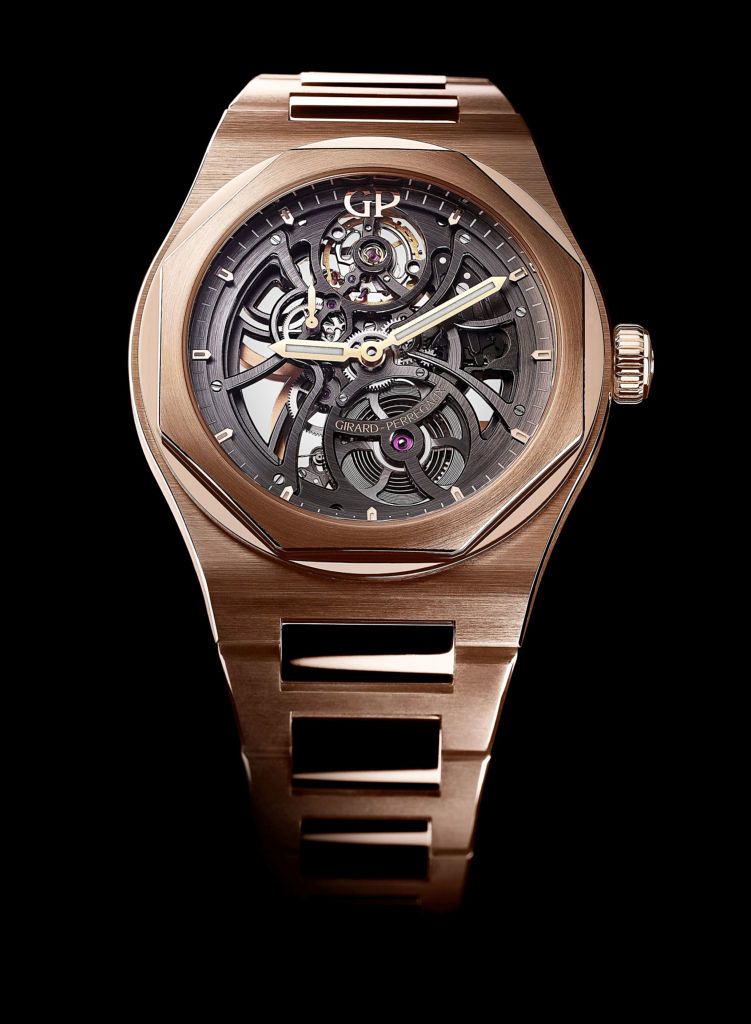 These two new skeletonised pieces seem to be doing their best to shake that association and delve back into the architectural design roots of the Laureato. The 42mm wide, 10.88mm thick Laureato Skeleton is available cased in either stainless steel or 18k pink gold. It sports GP’s own in-house GP01800-0006 skeletonised movement with a 54-hour power reserve and small seconds – a movement most recently seen in last year’s skeletonised 1966 model. Derived from the GP01800, the movement has been upgraded with a variable inertia balance, ensuring greater precision. But the most obvious addition is, well, what’s been left out. The openworked design seems to be well done, and the movement has been galvanised with an anthracite grey ruthenium and brushed circularly to a superb satin finish with precise bevelled edges. The lines and curves of the skeletonised movement catch and hold the light, creating a beautiful interplay of solids and voids between case and movement. 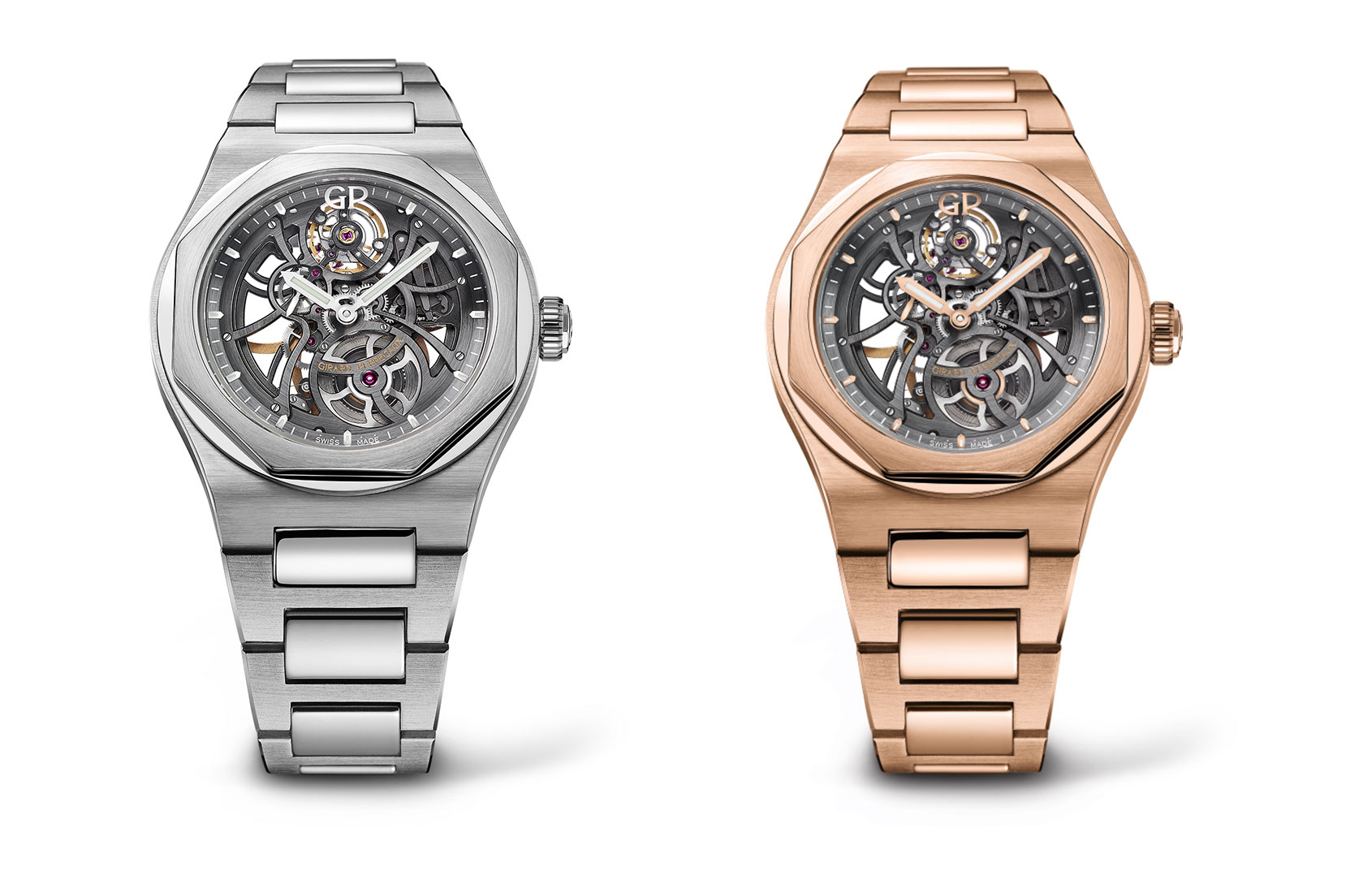 It’s easy for manufacturers to go overboard when opening up a movement, sometimes creating a watch that looks over-the-top or dated. The Laureato Skeleton doesn’t fall into this trap, managing to strike a balance between the architecturally inspired case and the openworked movement. While its winding pathways for the eyes create a visual excitement, it’s still a watch you can read, thanks to the same lume-filled hands and hour markers we see on other Laureato models. 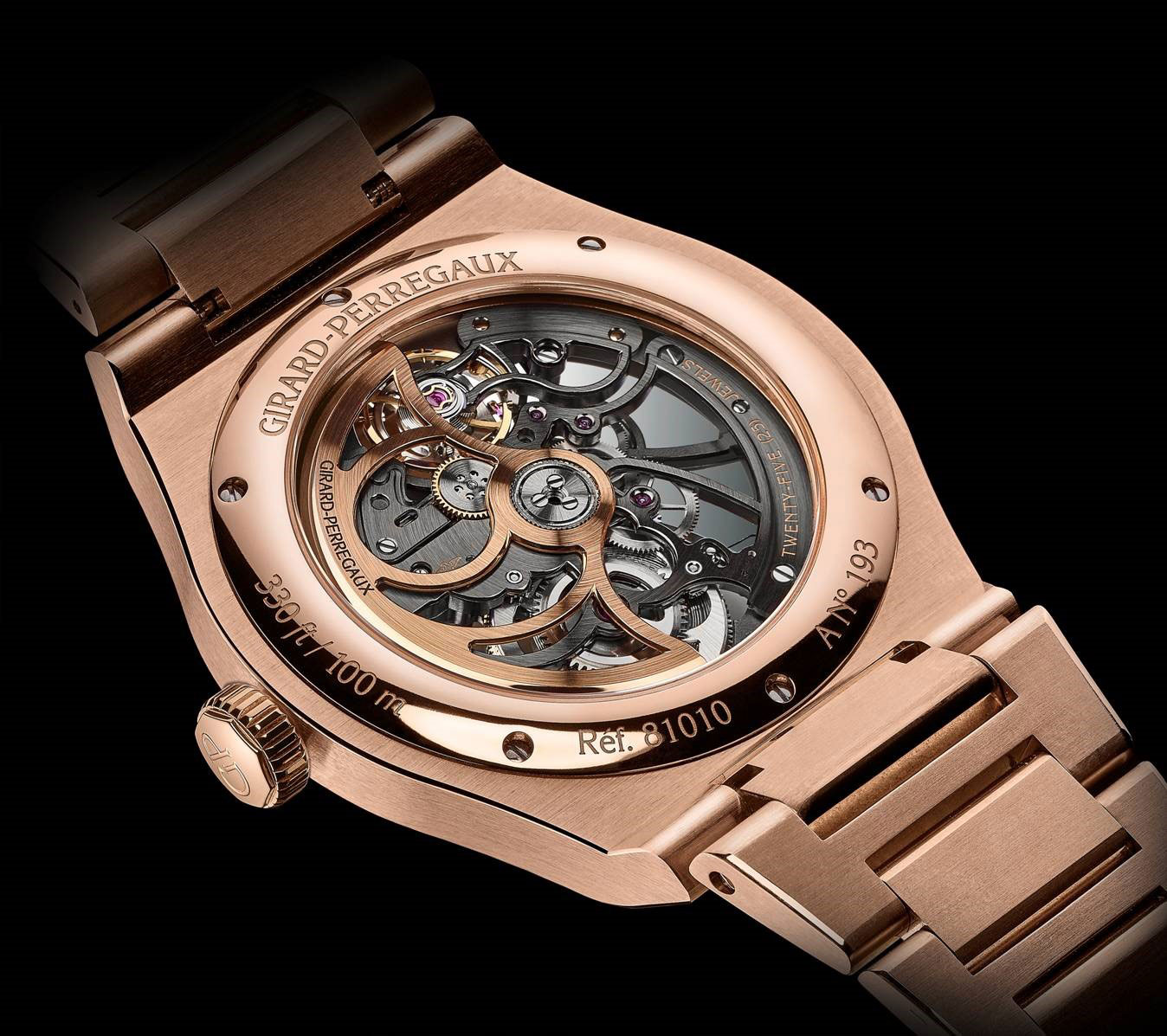 At its heart the Laureato is a luxury sports watch, and the Skeleton is still just that. The stainless steel model has 100m WR (outdoing the 50m WR Pink Gold), which means it’s not too delicate. And while there are similar watches on the market – particularly the Audemars Piguet Royal Oak Double Balance Wheel Openworked, which may have the upper hand when it comes to name length and technical features – those with an eye for design will no doubt be drawn to the architectural lines of the Laureato Skeleton.