The watch world collectively held its breath when rumours started circulating about the possible demise of the Patek Philippe Nautilus 5711, arguably the hottest watch on the planet right now. Rumours turned to facts when Patek Philippe CEO Thierry Stern confirmed that the fabled luxury sports watch would indeed be discontinued, but it put no end to the speculation, which then focused around what would take its place in the catalogue. Today the fabled Genevan watchmaker revealed four new Patek Philippe Nautilus references, including two new branches on the 5711 family tree. Let’s take a look at all four to see what’s new. 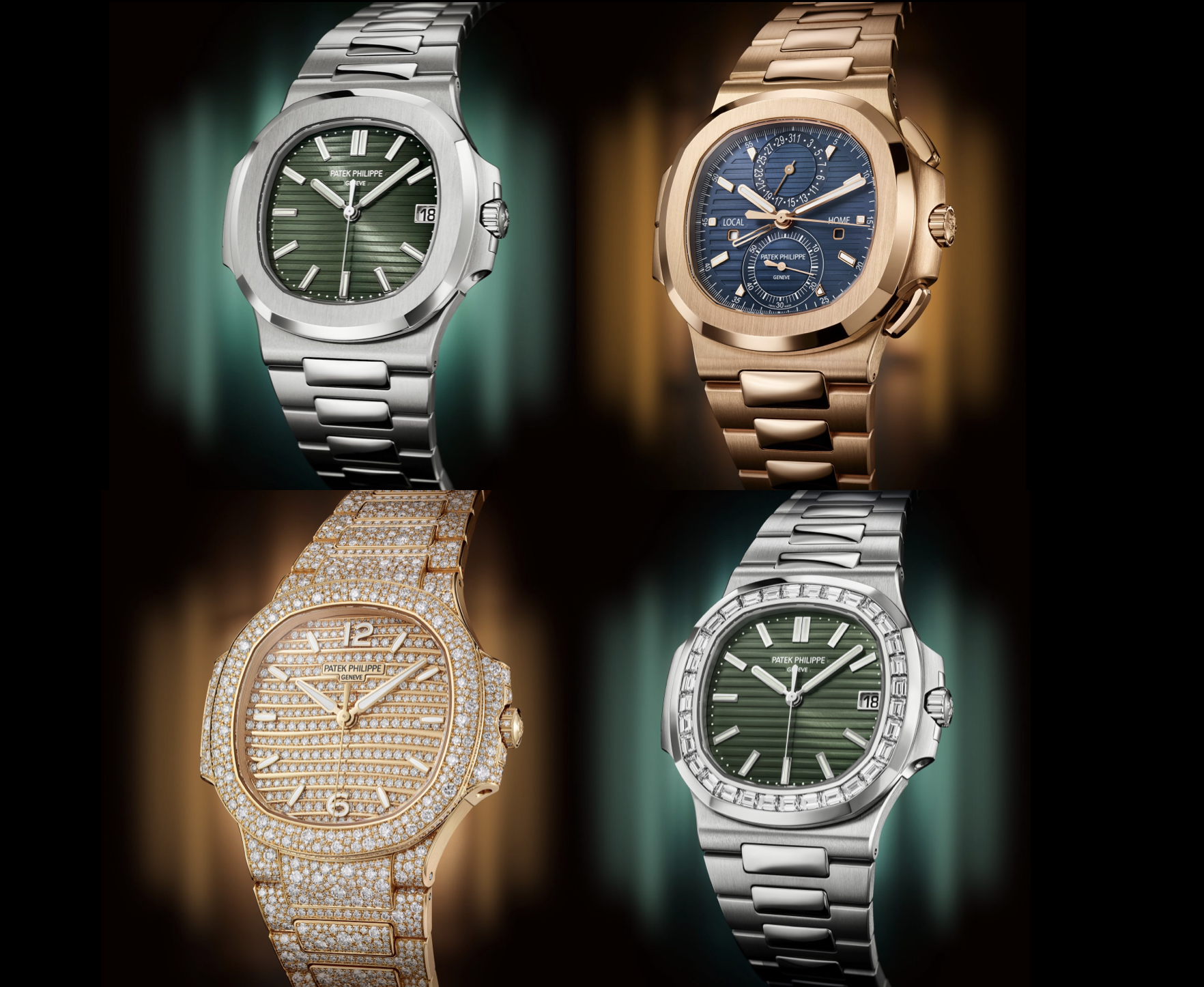 This is the one we’ve all been waiting for. The successor to the legendary blue dial 5711 will also be in steel, but now with a sunburst olive green dial. There were rumours that the newest member of the 5711 family would have a green dial and be cased in titanium, so the speculators were half correct and it looks every bit the part. Apart from the dial tone, the watch is unchanged, still being powered by the caliber 26-330 S C that has been inside the 5711 since 2019. No doubt this will be equally challenging to find at retailers. 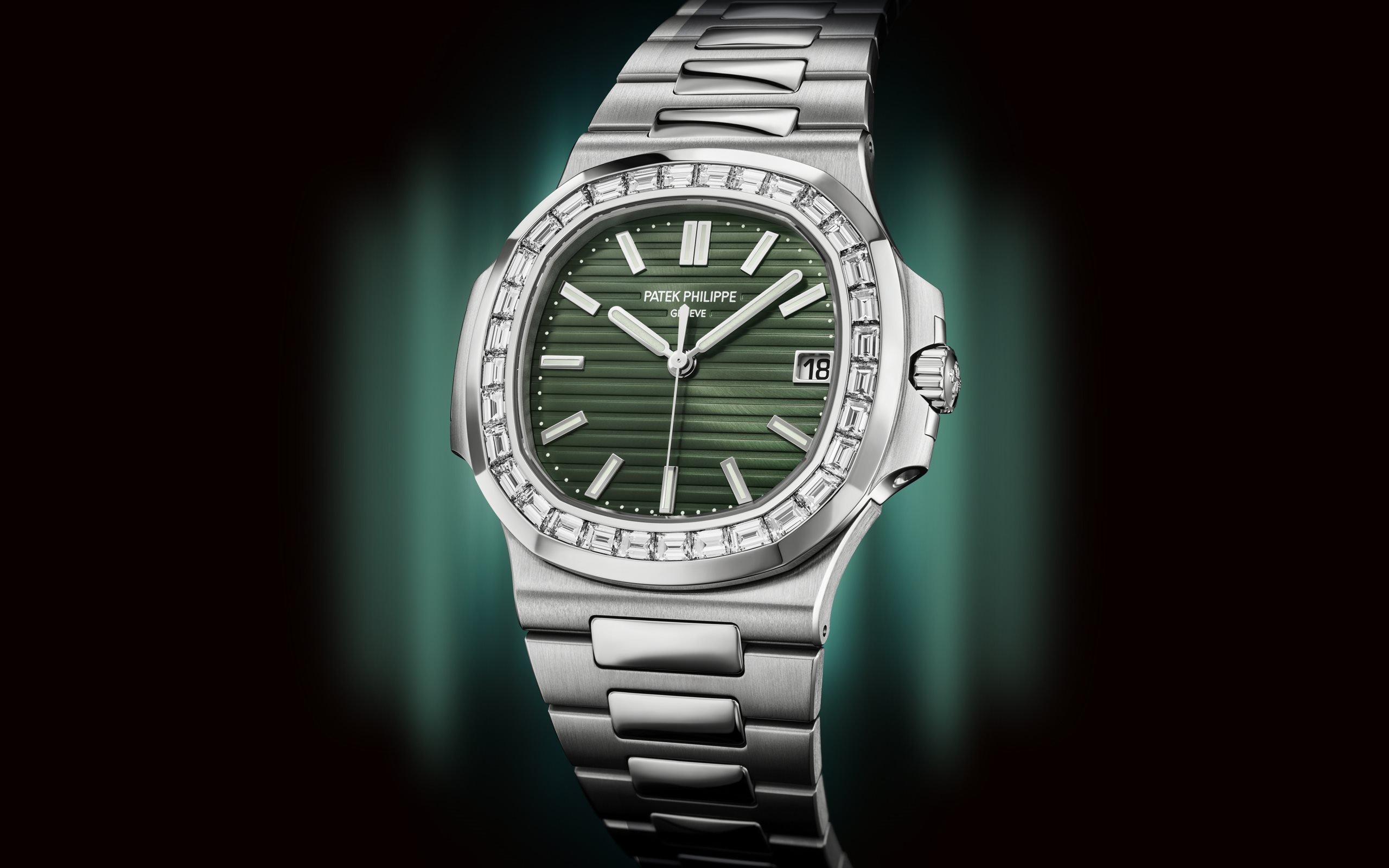 Another green dial, but dial up the bling. In this reference Patek Philippe have bent a normally unrelenting rule: diamonds are only found on precious metal watches. That’s right, in a very rare occurrence we have a steel Nautilus with a stunningly set bezel with 32 flawless diamonds. Consistent with the previous watch, we also have the stunning new sunburst olive green dial to mark the beginning of a new era. 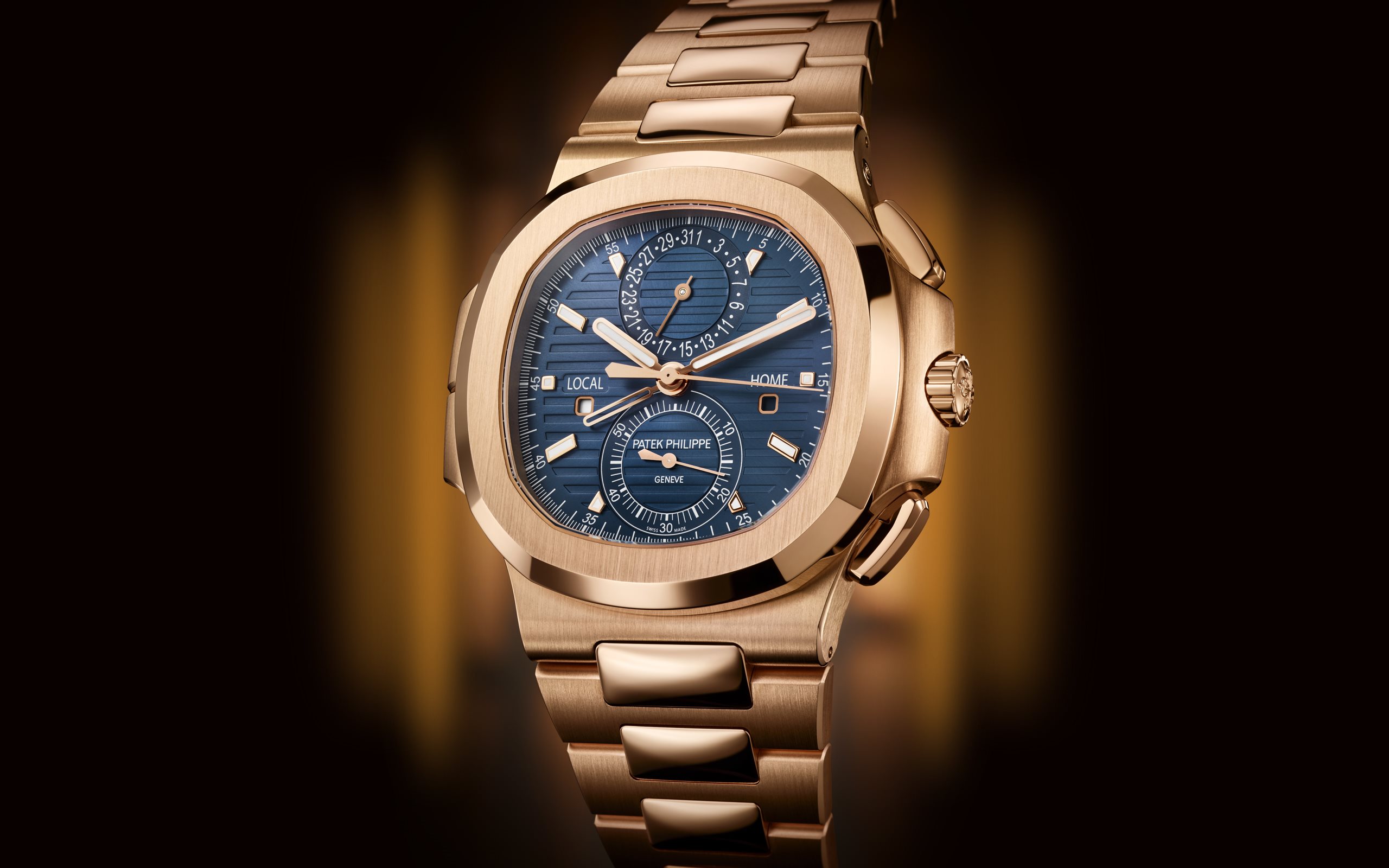 No diamonds to be seen here, instead the incredibly popular 5990 travel watch is now available in rose gold that contrasts nicely against the blue sunburst dial. Like the two previous 5711 references it is also water-resistant to 120m and the movement within has similarly remained the same as the previous generation in steel in the chronograph caliber CH 28-520 C FUS. Just in time for international travel to reopen. 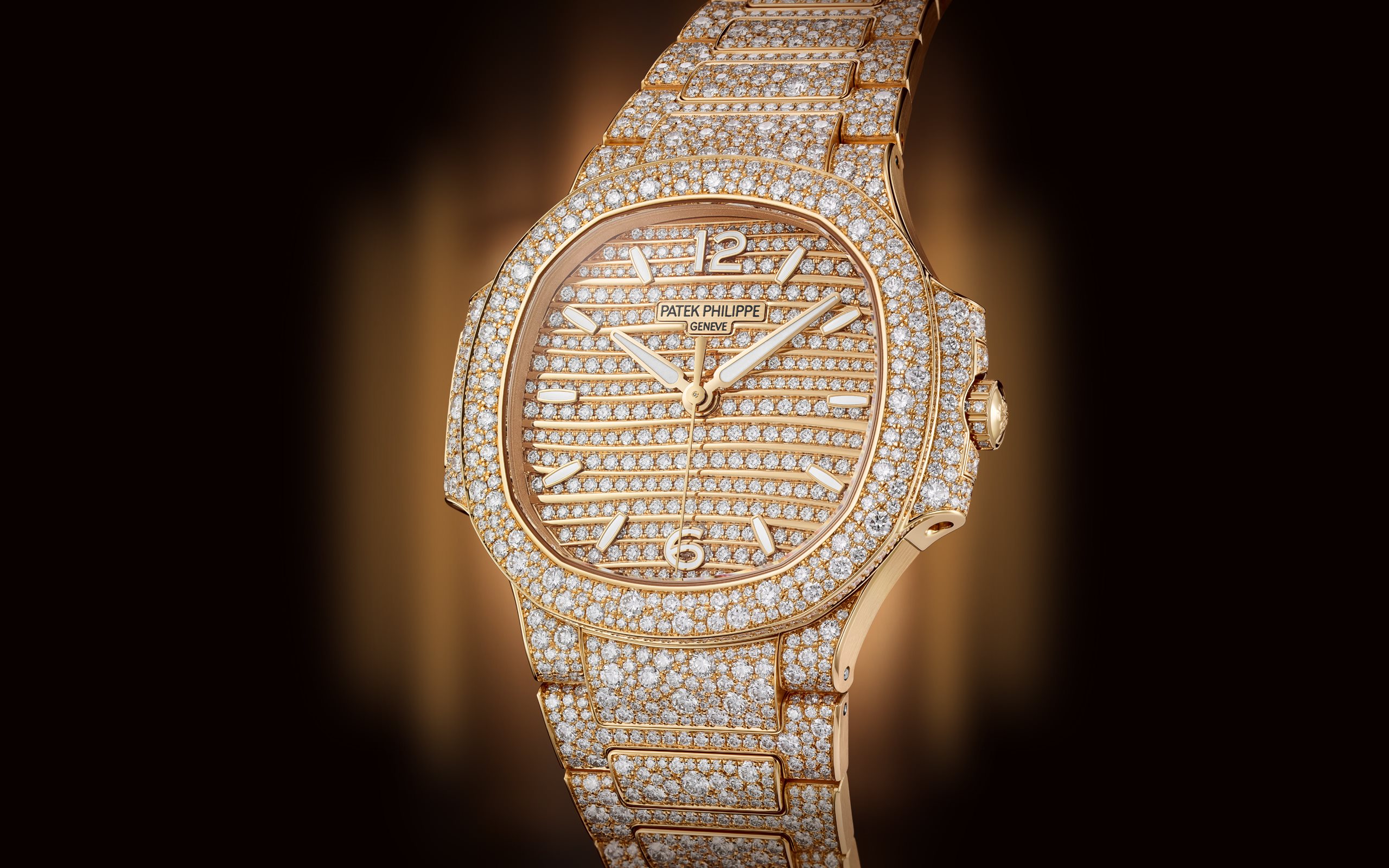 Finally, we have a brand new expression of the ladies Nautilus that features a type of diamond setting called “random pavé setting”. It isn’t the first time Patek Philippe has produced such a dial within the ladies Nautilus family, with the reference 7021/1R-001 having a diamond set dial, however in 2021 the dial has been turned up to 11 with the entire case, bracelet and bezel set in the same style. Suffice to say, this is a serious statement piece.