If you’re a regular reader of Time+Tide, you’ll probably know that Audemars Piguet are well known for their skill in making tourbillons. This year alone, the Le Brassus-based brand has released a number of tourbillon watches, which we’ve covered here, here and here, but Audemars Piguet isn’t slowing down. Today the watchmaker announced the release of three new Audemars Piguet Royal Oak Selfwinding Flying Tourbillon 41mm references in different metals, which is an important step by the brand for a couple of reasons. 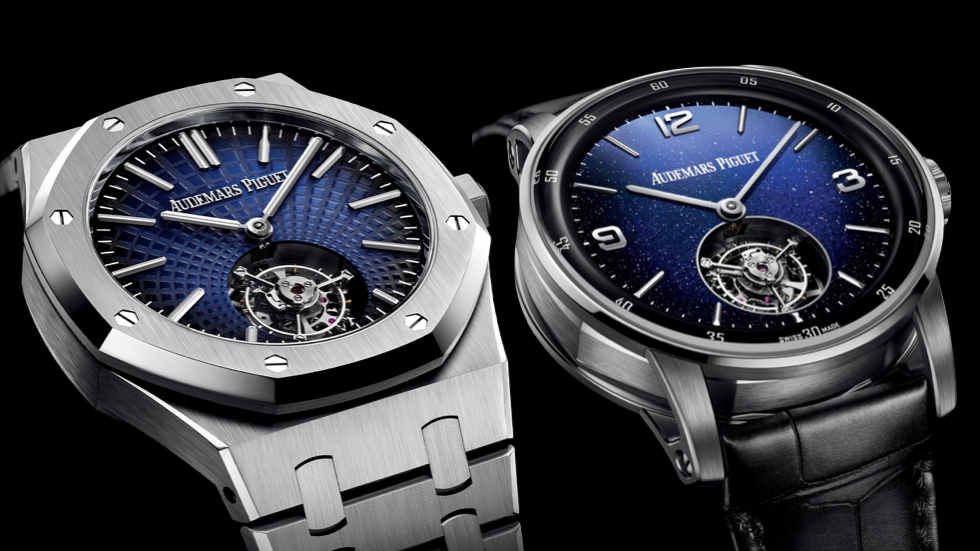 Firstly, while it was all the way back in 1999 that the brand incorporated a tourbillon into a Royal Oak case, it is the first time Audemars Piguet has used their new Caliber 2950 in the famed Genta-designed watch. This movement was debuted with the launch of the CODE 11.59 by Audemars Piguet at SIHH in 2019, and was the first caliber produced by the brand to feature both a flying tourbillon and a central winding rotor, and featured 65 hours of power reserve. Other Audemars Piguet Royal Oak references that feature tourbillons at 6 o’clock are typically powered by the Caliber 2924, making this new trio an exciting bridge between the Royal Oak of the past and the CODE 11.59 of the future. 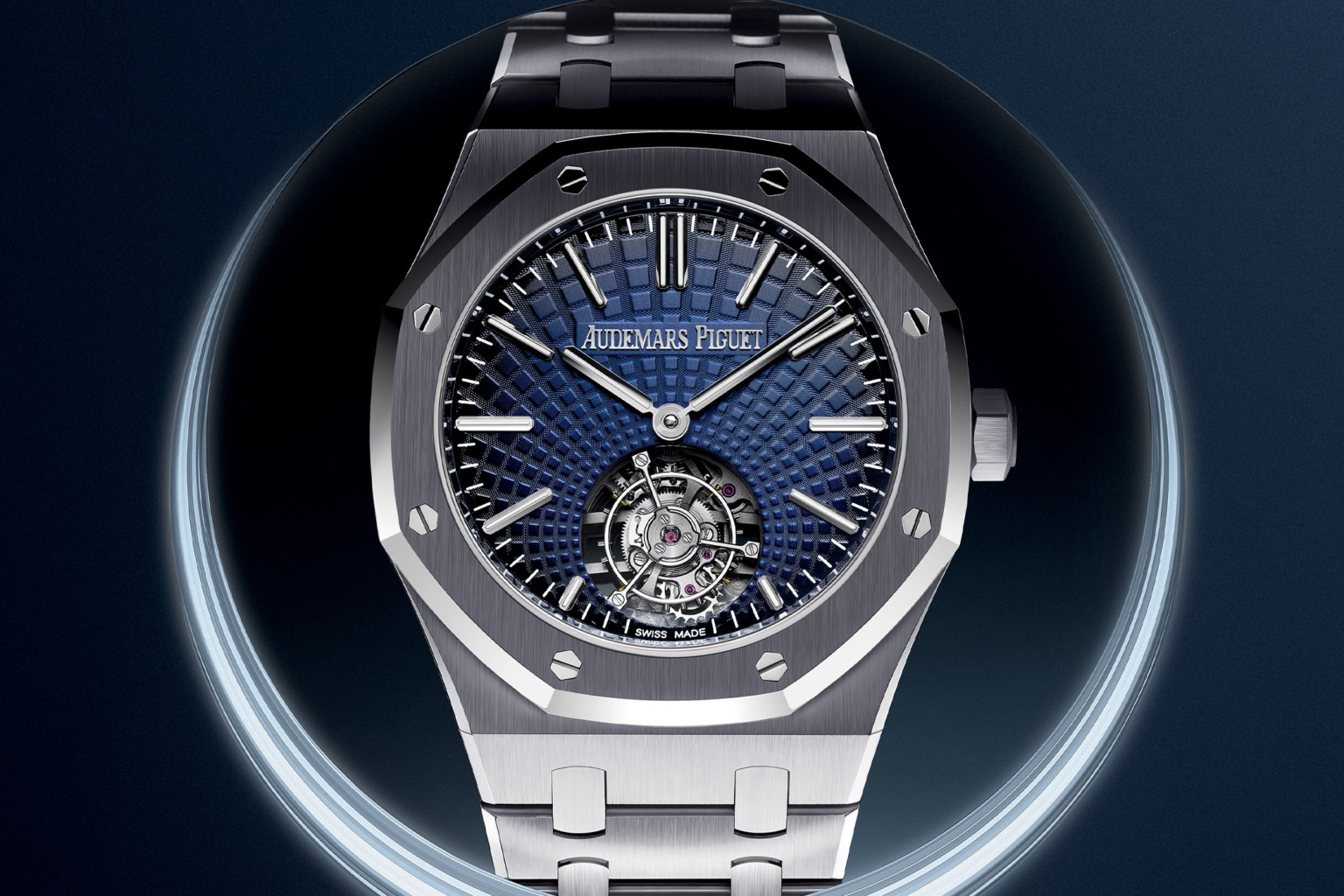 The second interesting thing about these new releases is one reference is cased entirely in grade 5 titanium. This is extremely uncommon for Audemars Piguet, who very rarely use the lightweight metal. In its most recent use — in 2018, with the Audemars Piguet Royal Oak Jumbo Extra-Thin 15202IP — it was a two-metal watch with platinum. If that wasn’t enough, the titanium reference also features an unusual grey dial that has a matte sandblasted finish, and thanks to the lack of “Tapisserie” pattern, a very distinct minute track. 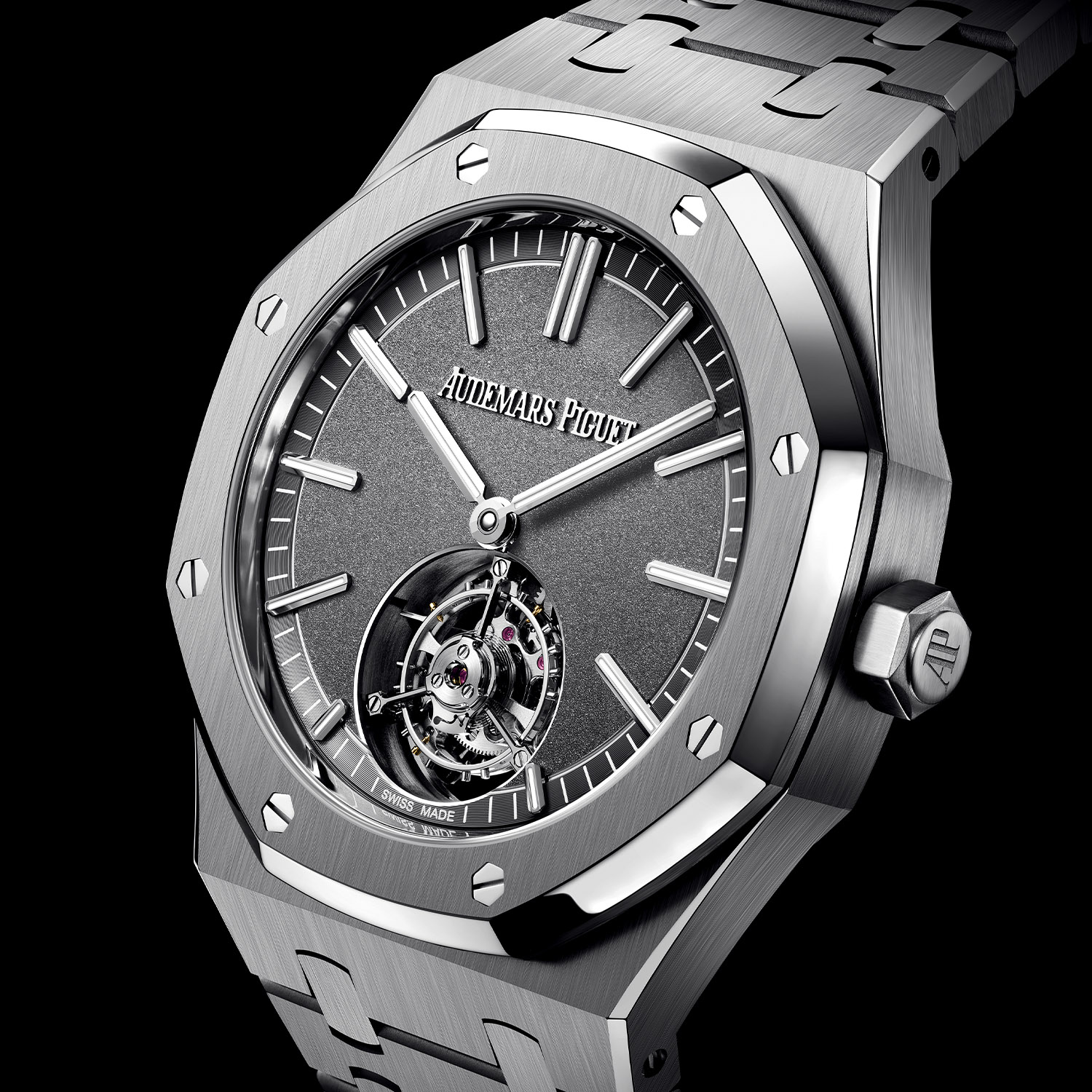 The two other Audemars Piguet Royal Oak Selfwinding Flying Tourbillon 41mm references are executed in steel and pink gold, with the steel version featuring what is sure to be an extremely popular blue dial, and the pink gold version with a similarly toned grey dial to the titanium reference. 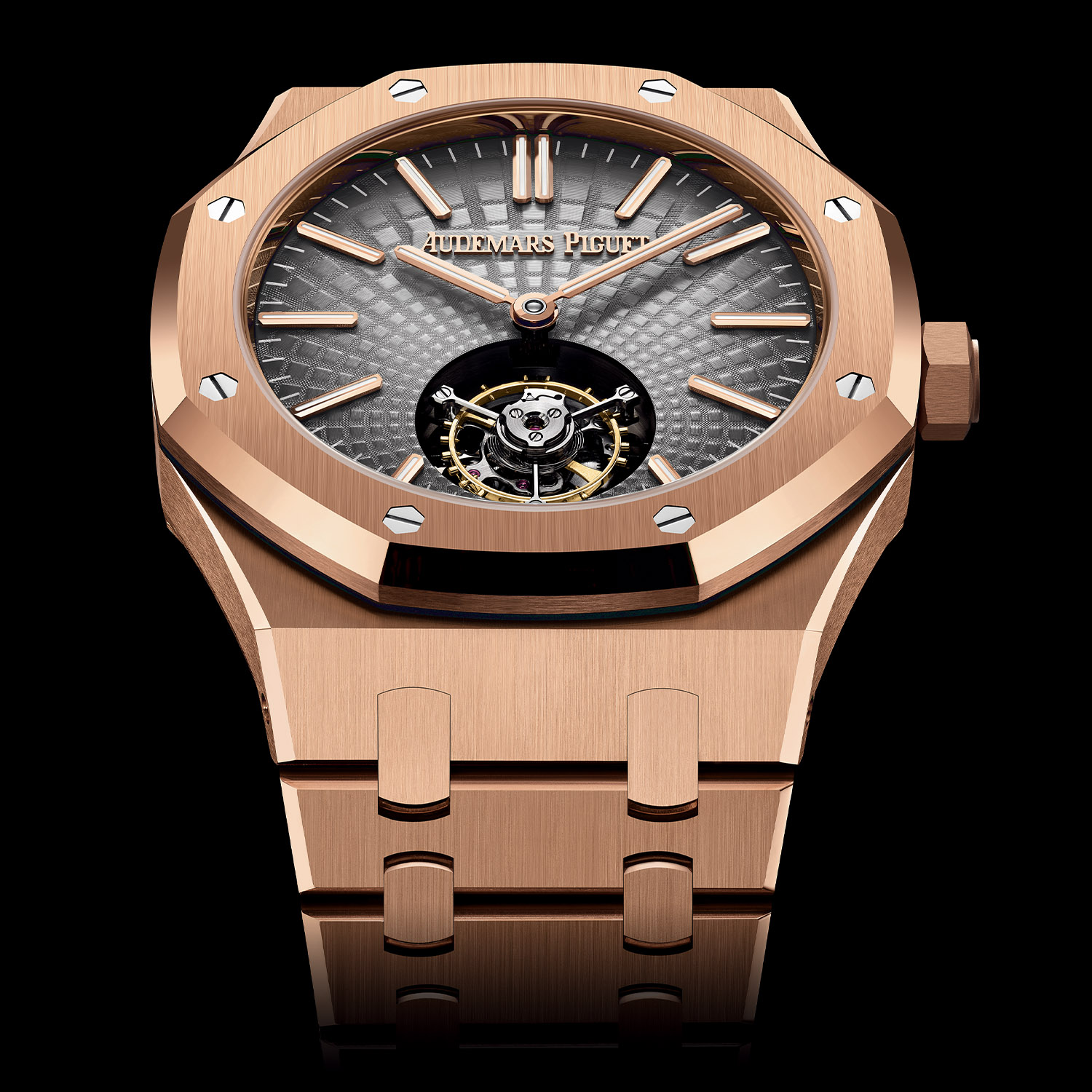 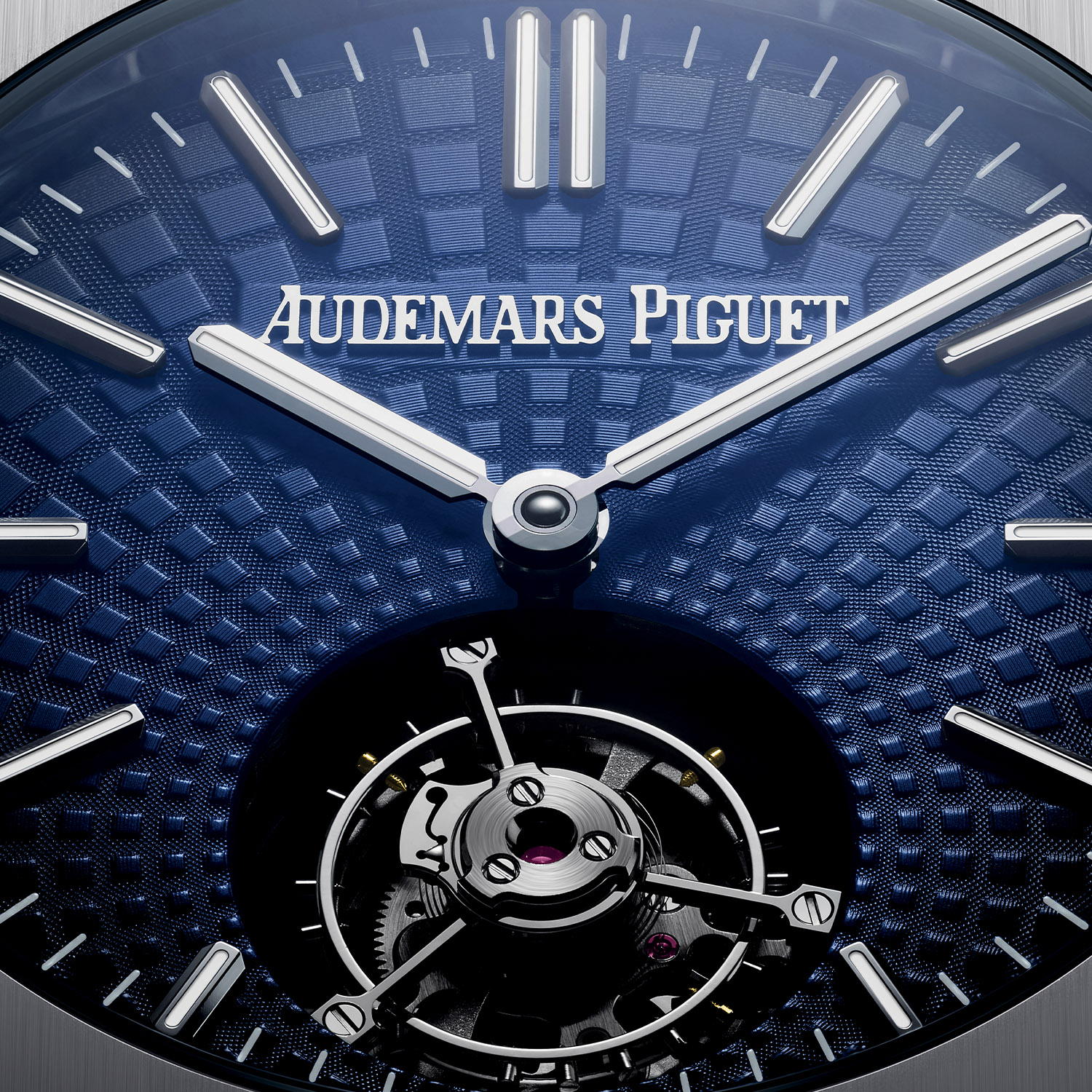 In a way, these three new references represent a new link between two Audemars Piguet collections. The Royal Oak is an enormously successful watch for the brand, and firmly represents the nearly five decades of growth that the brand has seen since its launch. But in contrast, as Audemars Piguet look to expand their offering for the future, the CODE 11.59 collection represents a more forward-looking and expansive perspective. The trio of Audemars Piguet Royal Oak Selfwinding Flying Tourbillon 41mm references are a bridge between that successful past and an even more optimistic future for the brand. 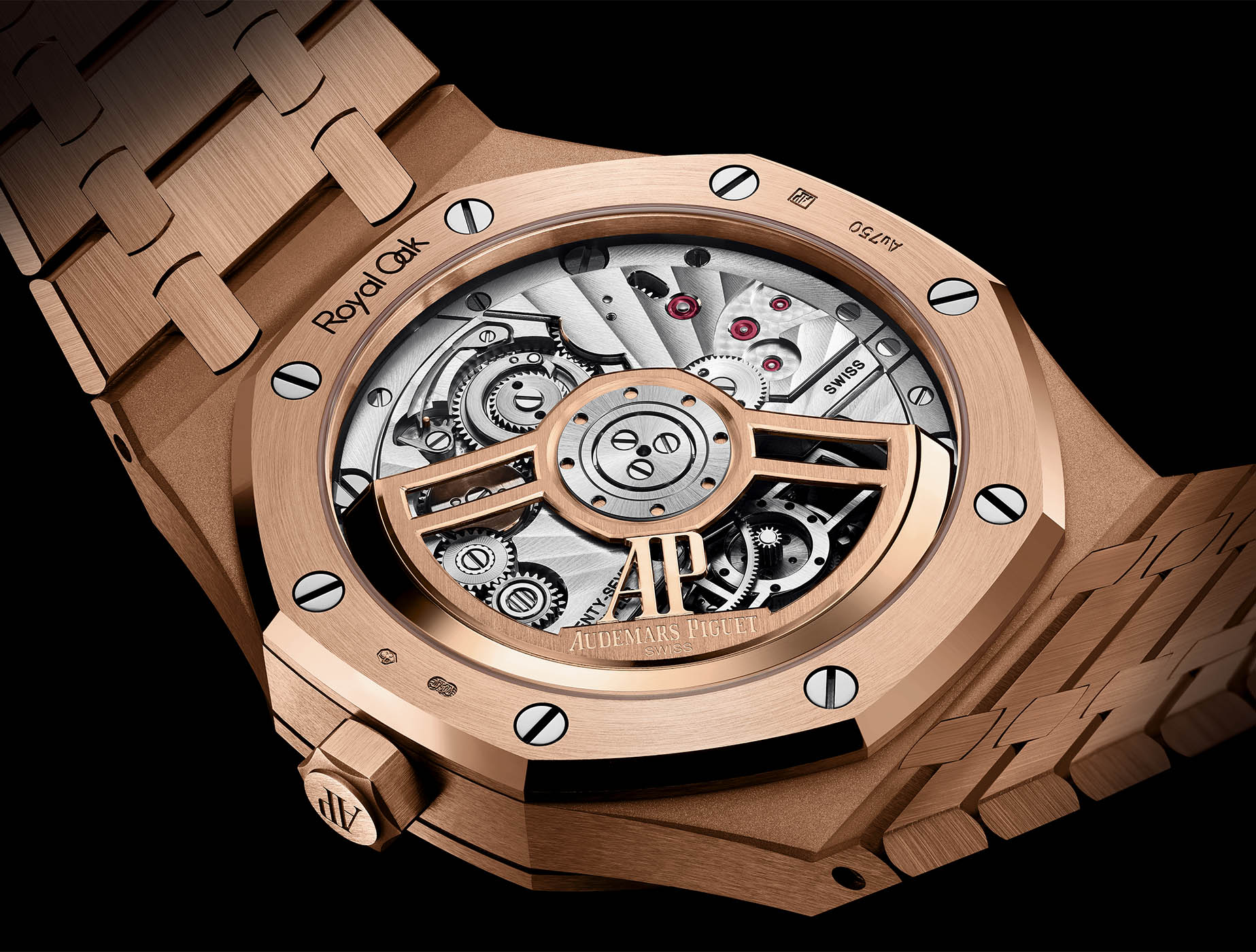