The Longines Spirit release is a totally new collection this year, something that is already very exciting in and of itself, but also because it’s an entirely new chapter for the brand. Longines, just like many of the finest watchmakers in the world, slowly improve their watches over time and rarely release entirely new collections, making the launch of the Spirit collection something that deserves attention just for its rarity. But beyond this new step from the brand, the Spirit collection is a totally different offering from Longines for a number of reasons. I spoke with Matthieu Baumgartner, the VP of Marketing at Longines, about how this new collection is a first for Longines in a few ways, and where it fits into the brand moving forward, and I came away with six key points you need to know. 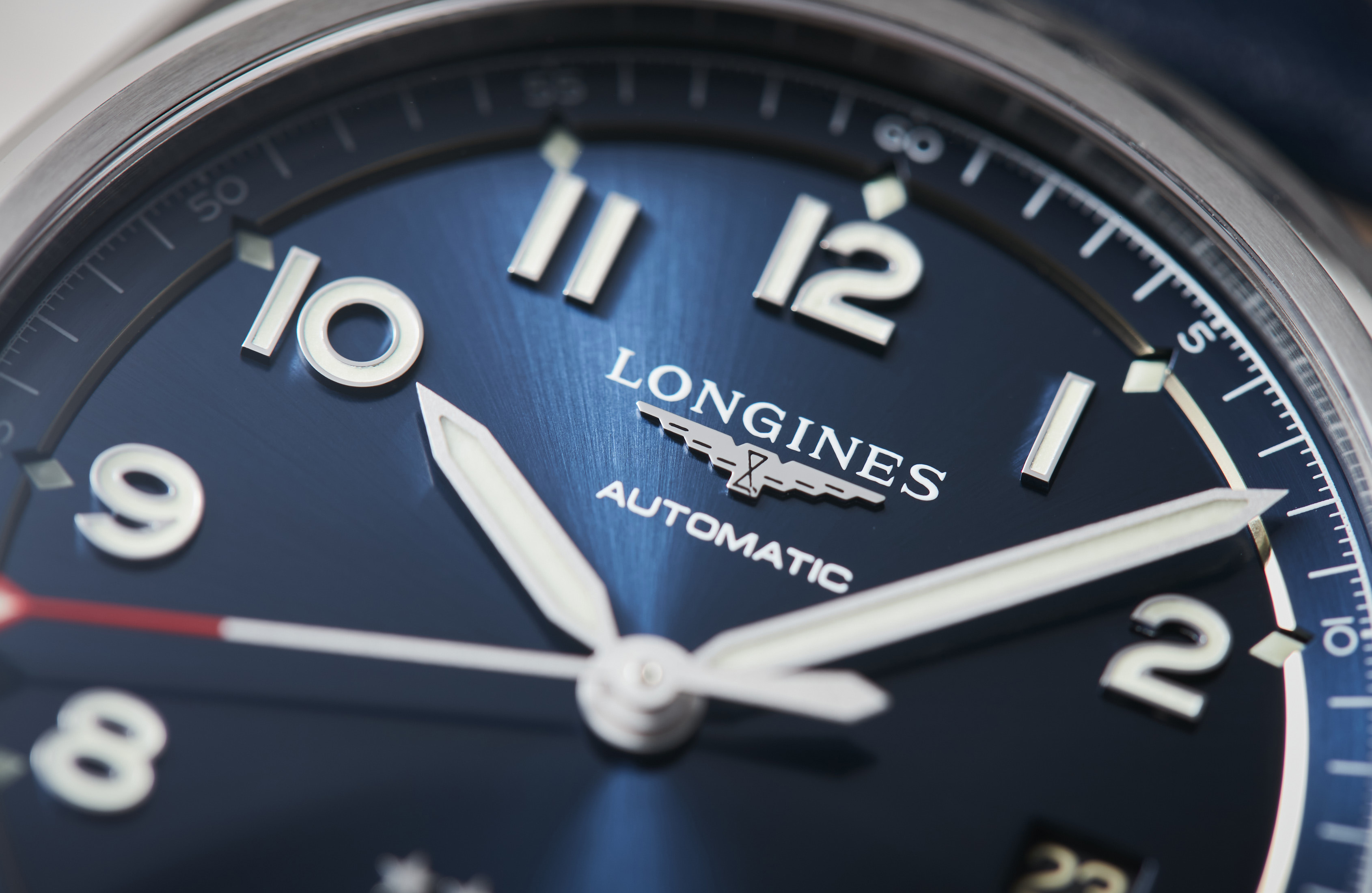 1. This is the first Longines collection that blurs the line between old and new

“One of the key challenges behind this collection was blending heritage and contemporary. We wanted to have it distinct from the heritage segment statement of Longines, which is made of re-interpretations of milestones from the archives and the Museum of Longines. Spirit was a different project, because we rather see it as a testimony of the pioneer spirit. It is not a re-interpretation or re-edition of a specific watch from the past, but it encompasses different elements, and it’s a fusion of different aesthetical and technical elements, from watches that were equipping pioneers and innovators in the past.

“If you look at the crown, we didn’t go for an oversized onion shape, or at least an oversized crown like we have on the Longines Weems Second-Setting watch. That, for example, is very much a pilot’s crown for pilots to use with gloves. Here we went for a slightly oversized yet very contemporary approach. 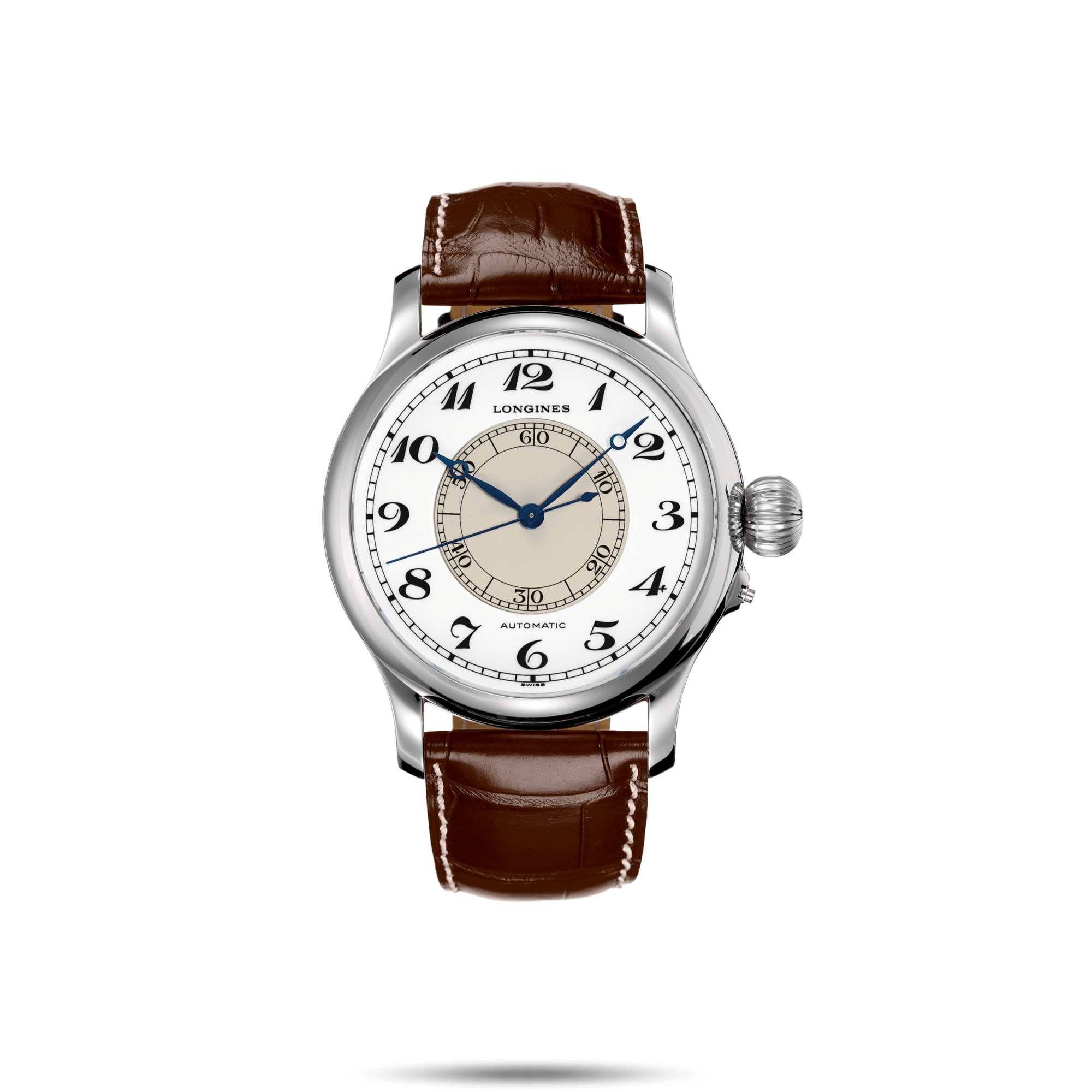 “So it’s in these very small details that we made the difference between a re-edition of a watch from the past and a brand new collection that is strongly rooted in Longines history and aesthetic and functional codes of pilot’s and explorer watches and, of course, they did this with the COSC chronometer caliber, which is possibly the highest quality that you can expect today.” 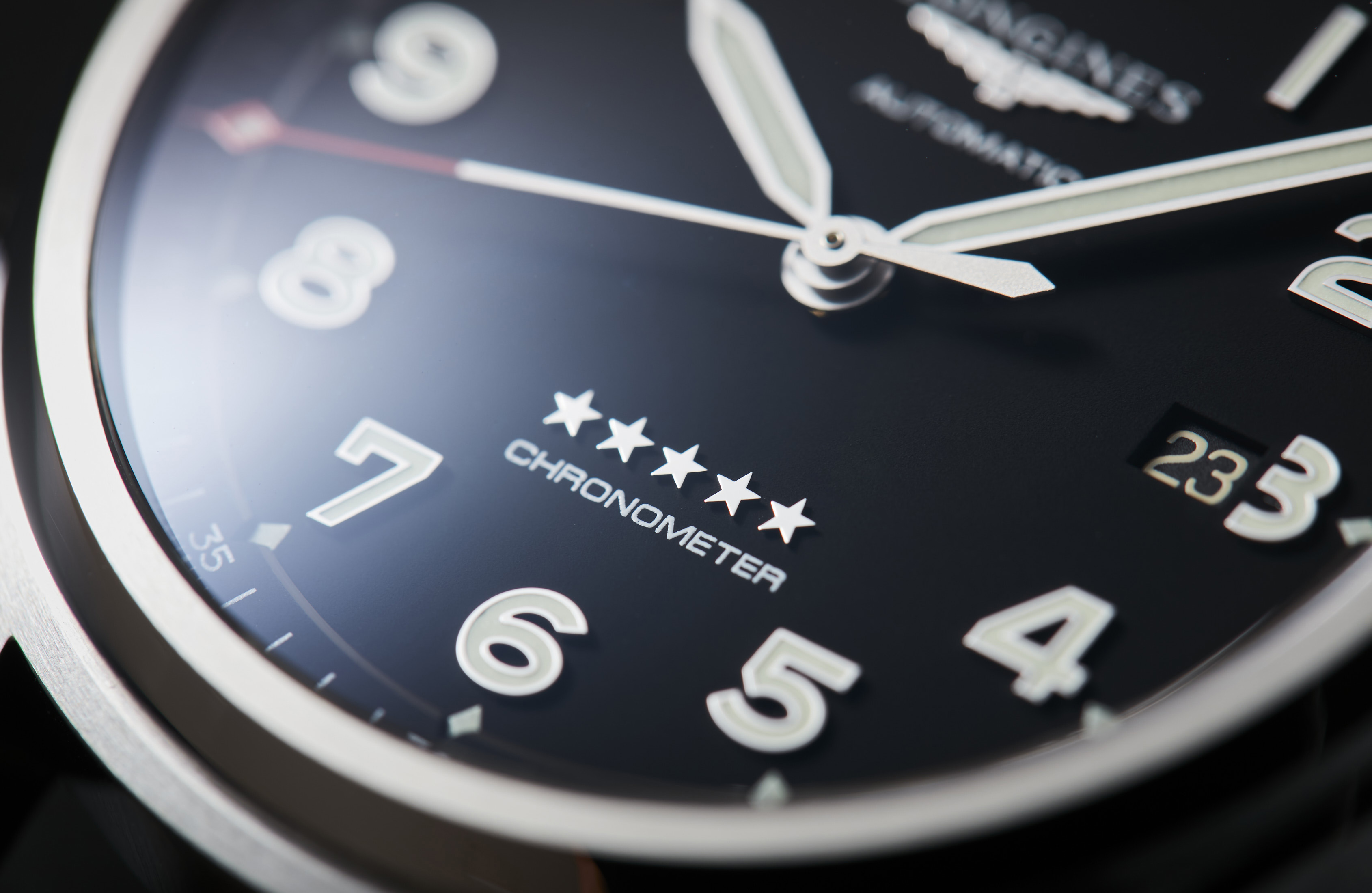 2. If you were going to risk your life in an aircraft in the 1920s, you put your trust in Longines

“This new collection pays tribute to the feats of the pioneers of the past, and it’s not only about what they’ve achieved, but the fact that they have done that with the help of Longines wrist watches or instruments. It was a significant role that the timepiece played in the success of their endeavours back then, and could be the difference between failure and success. 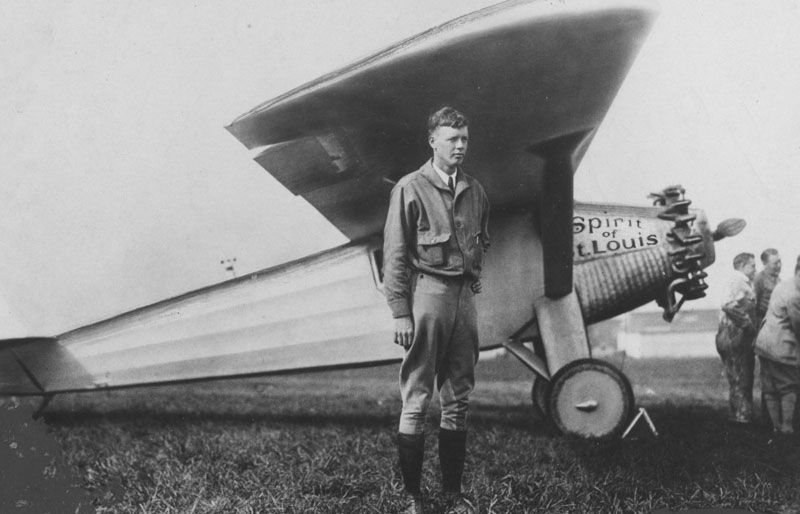 “The link between Longines and aviation is quite obvious, and we already had re-editions of historical timepieces from that era. We think of the Weems or the Lindbergh, and we were able to get some amazing and sometimes crazy stories about these watches back in the 1920s. For example, we found out that while they were taking the utmost risk to cross an ocean, or to go from point A to point B, or to break the record of being the fastest or the highest, they were placing their trust in Longines watches and instruments. We were so stunned by the level of risk they were ready to take. 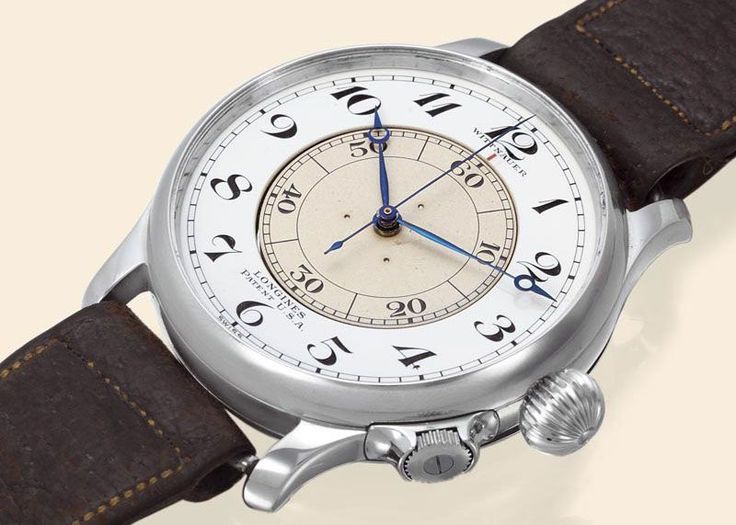 “Longines played a very important role back then as the official supplier of the World Air Sports Federation from 1919 onwards, and we found these stories also really inspiring when it came to the times we live in now. We believe that the pioneer spirit still has a strong meaning. Of course, taking risks is not the same as it was a century ago, but we are strongly convinced that being brave, daring, accepting risks, to sometimes fail but eventually be successful and triumph, they are very much values that are still important and make sense today.” 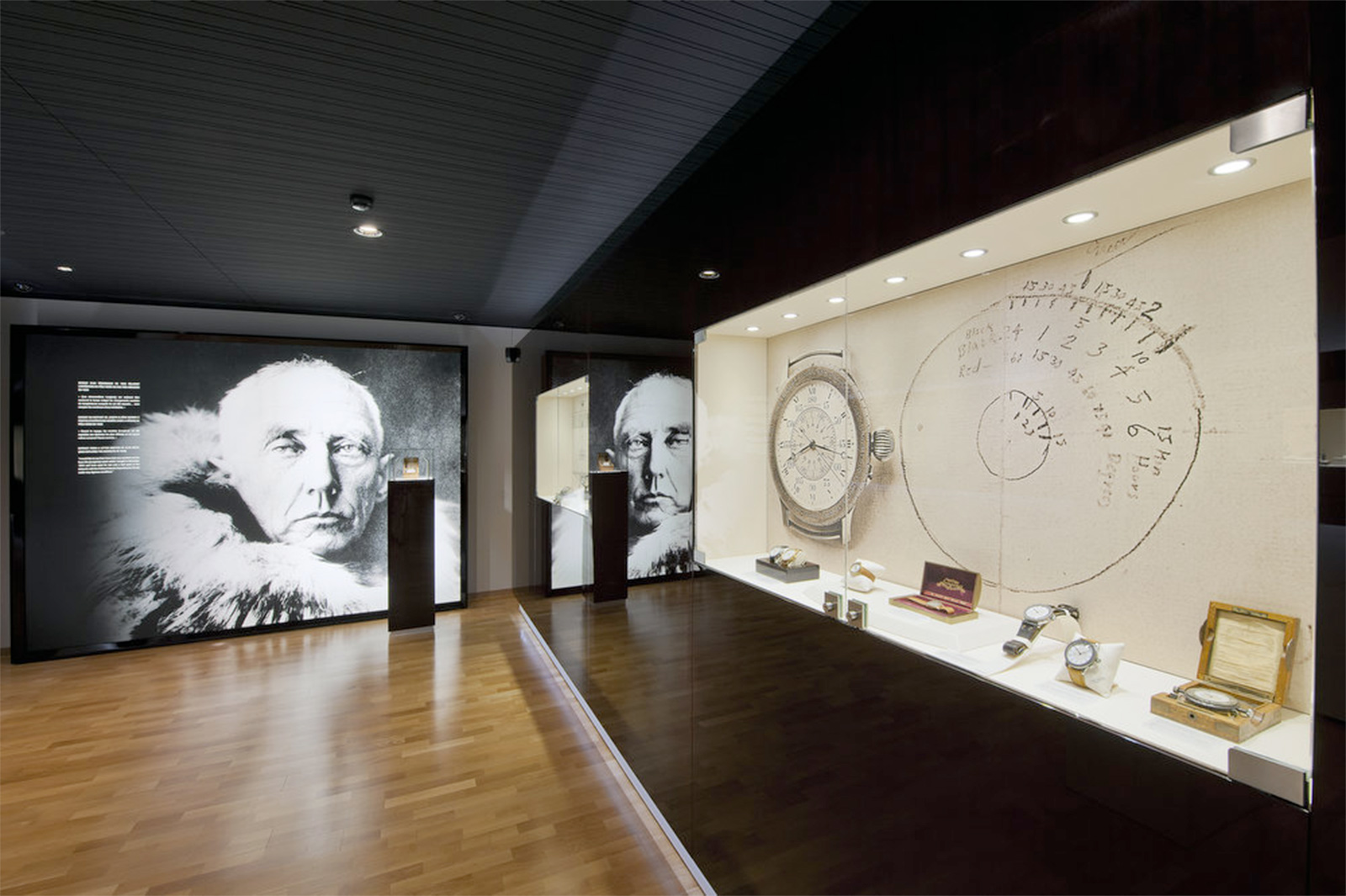 The section of the Longines Museum that focuses on the history of aviation.

3. The Spirit collection is rooted in optimism

“With Longines Spirit, we have not only a re-interpretation of a specific quest from the past, but we have a fully new collection that is deeply rooted in Longines history with the pioneers of the skies, the lands and seas. Beyond a watch collection, this is also a new claim that the pioneer dream lives on. That is somehow a bridge between the glorious history of these pilots and pioneers and what we see as the pioneers of today.

“So the ones who are very daring, brave, and who have the courage to try to uphold dreams even if they don’t succeed the first time, but to sometimes fail and eventually succeed with elegance. That is very much what is behind this new collection.” 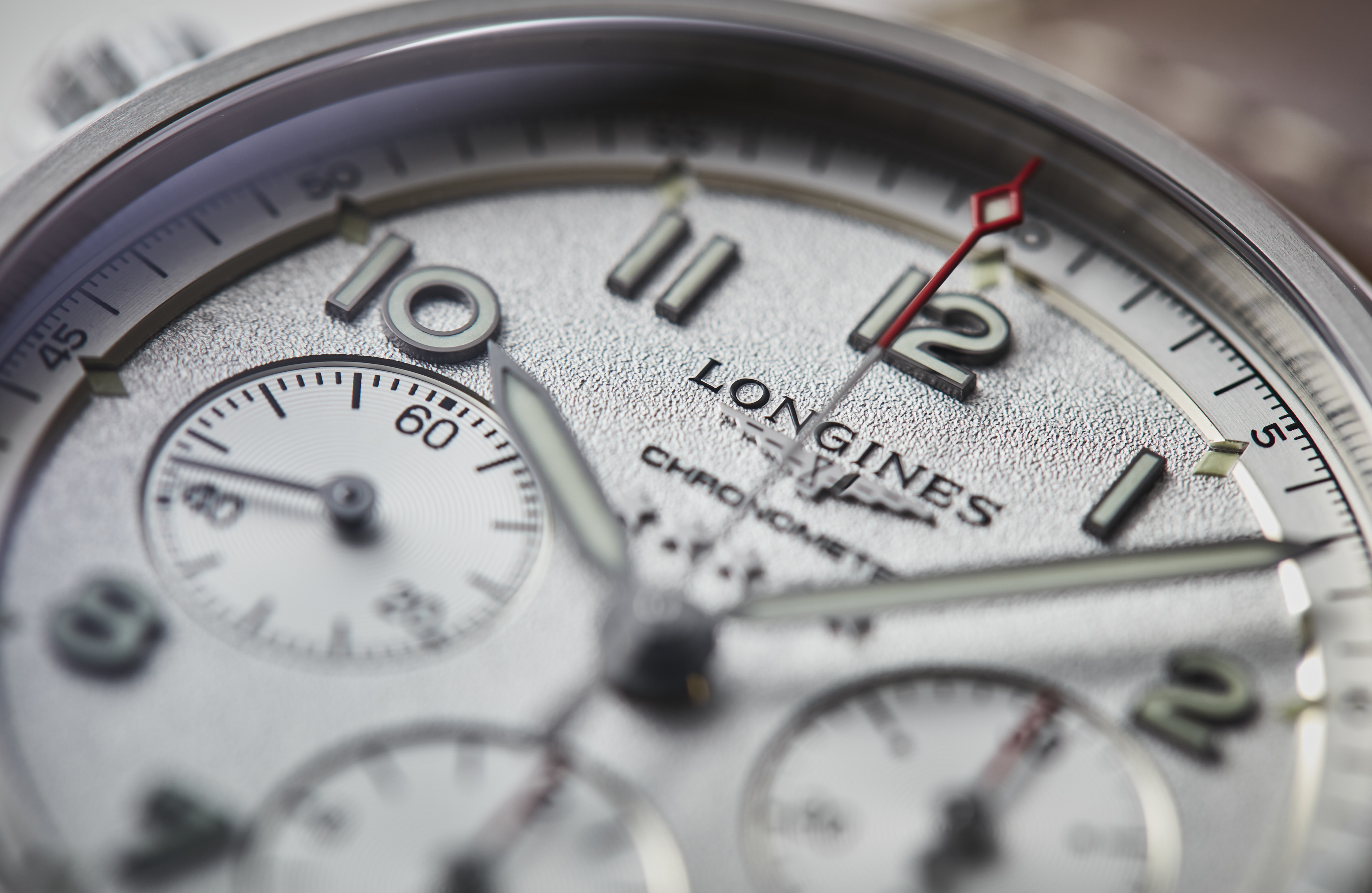 4. The quick-change date function on the chronograph was carefully considered

“This is a function of the L688.4 caliber that this chronograph is fitted with, and then there was a question: ‘Shall we hide this function or make it very discreet, or shall we have the proper pusher at 10?’ Eventually, we found out that having this function visible, this quick-set function visible with a pusher — that is screw-down to avoid any accidental or unwanted use — made the watch overall more balanced because you have the chronograph pushers and the crown on the upper end.” 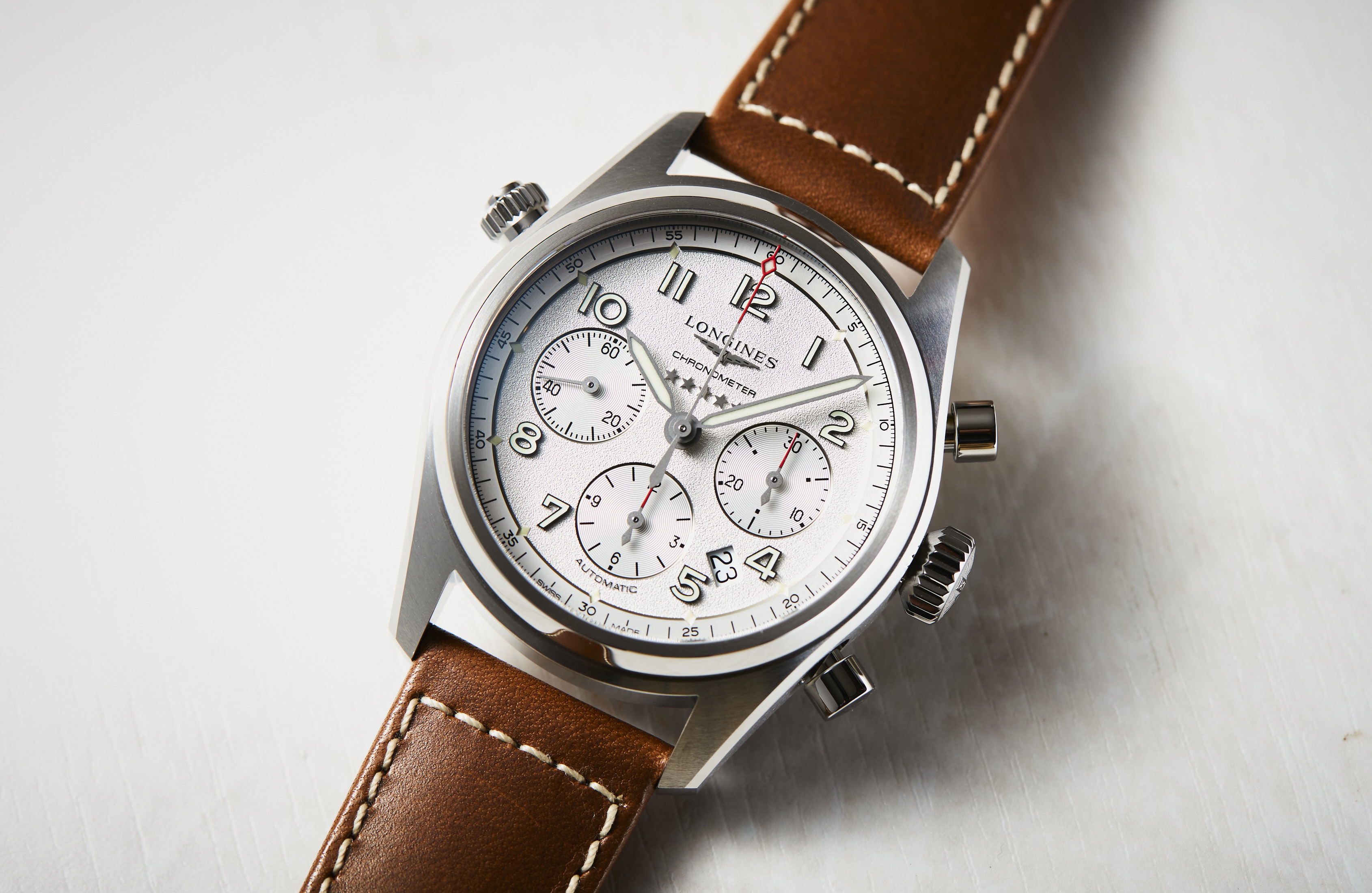 “I have rather small wrists, so I’d rather go for a three-hands date, and when I saw the first sketches and the first prototypes, I very much liked the black dial. But right now I think my favourite is the silver dial on leather strap.” 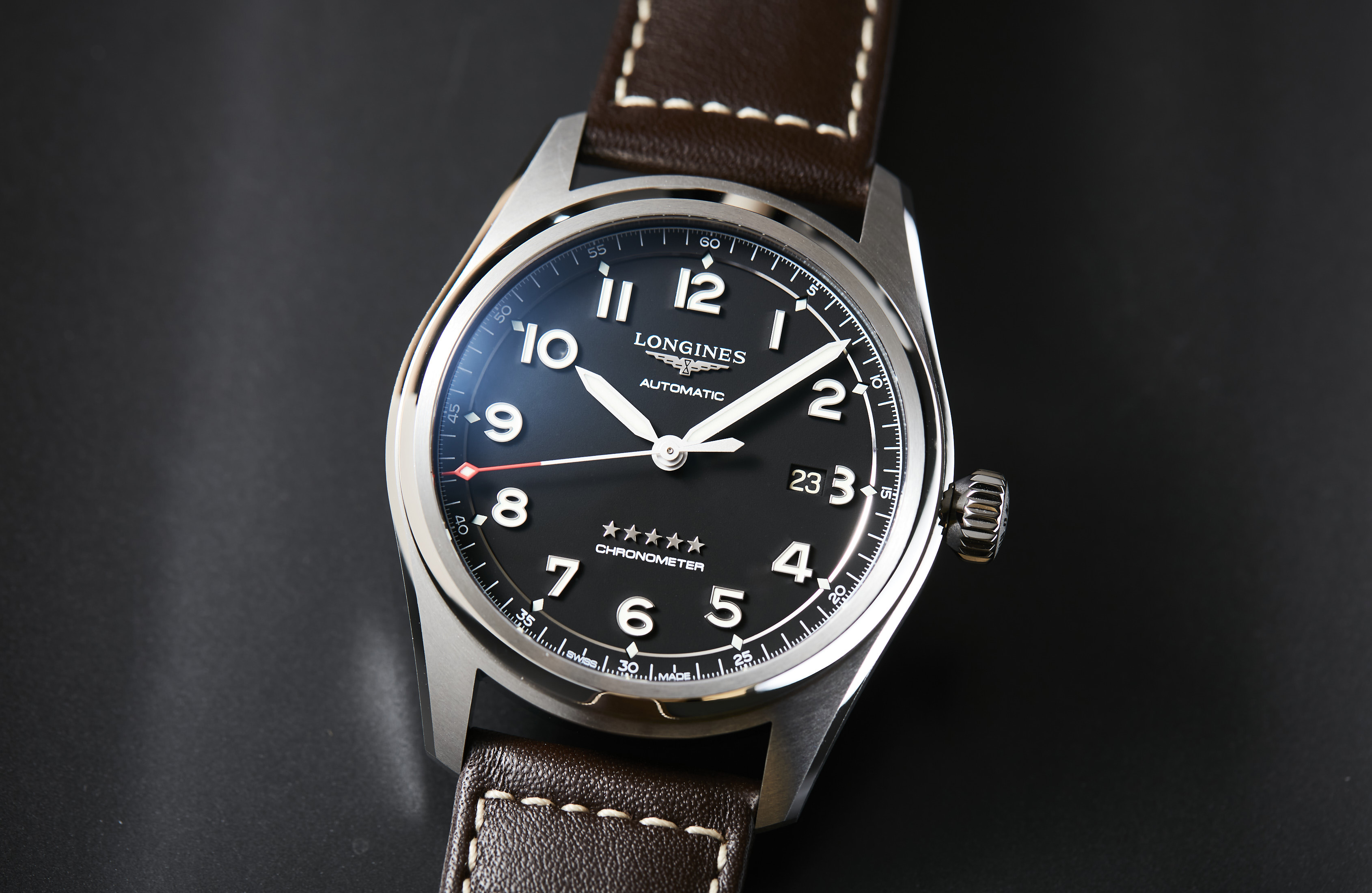 “I would say that like many collectors, I would love to one day find a Longines fitted with a 13ZN movement, in good condition and at a decent price. I think that’s a dream that many collectors and aficionados of Longines have — both for the movement and also just because of how the watch looks, as well as what it means in the history of Longines. That’s probably the one I would dream of.” 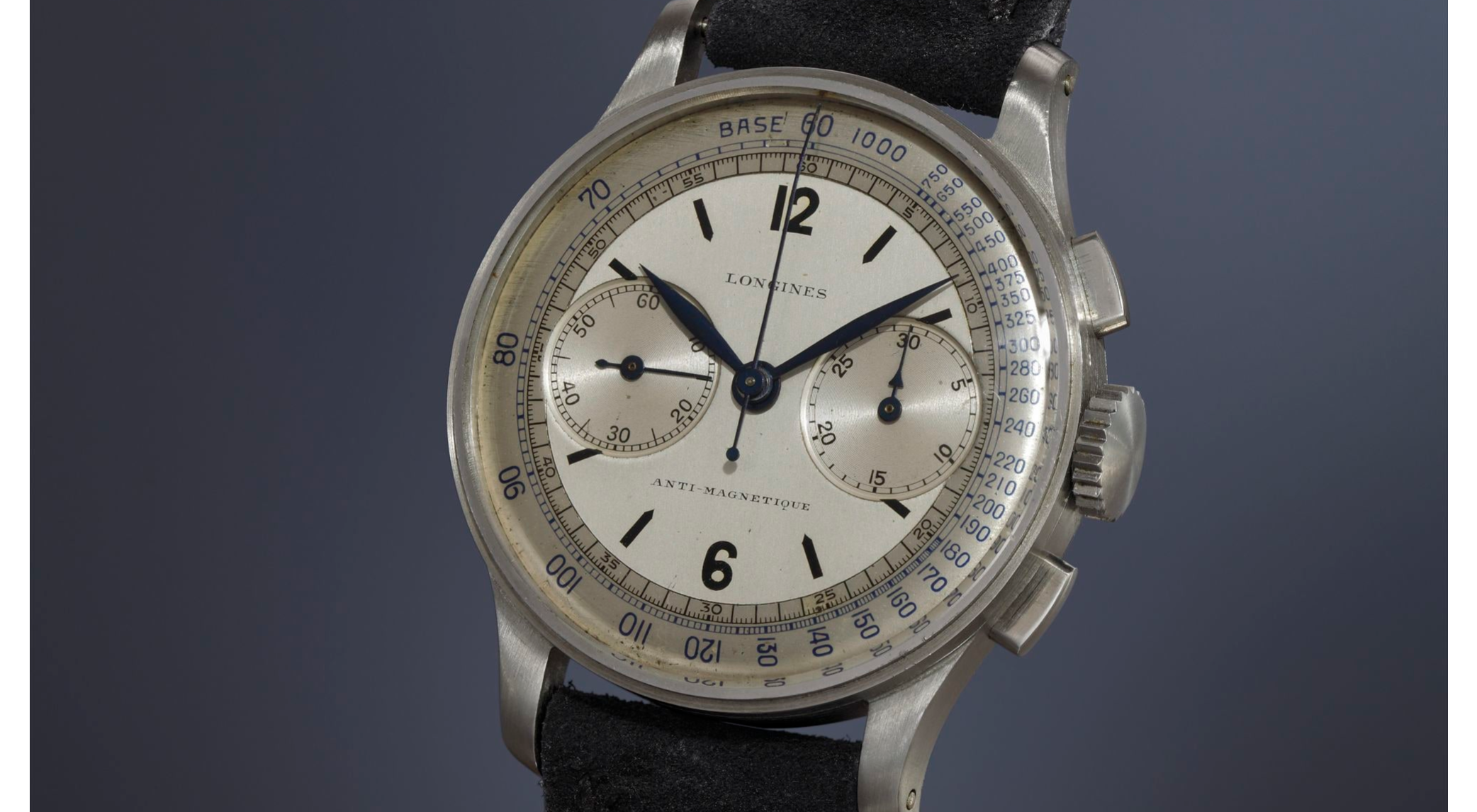