It’s been an eventful 12 months for George Russell. After his first real taste of Formula One victory was cruelly taken away from him as he filled in for a COVID-stuck Lewis Hamilton as the 2020 Sakir Grand Prix, Russell had to bide his time at Williams before getting his chance at the big time. Now at Mercedes, where wins and success are expected rather than an added bonus, George is ready for prime time. Just before setting his sights on the long straight of Mexico City’s Autódromo Hermanos Rodríguez, I got the chance to get a better insight into the life and times of being a driver for the sport’s most successful team of the last decade.

His gentlemanly Britishness was immediately apparent, despite the impersonal nature of a video interview. It wasn’t all racing, either. While I’m sure that Mercedes-AMG PETRONAS F1 Team partnership with IWC helps, George’s connection to watches stems from the early days, as he’ll go on to explain.

After a successful, yet arduous three-year tenure at Williams, the Brit finally got his shot in a competitive car, joining the Mercedes-AMG PETRONAS F1 team for 2022. The year wasn’t without its difficulties, however. Compared to previous years, the team was outclassed by rivals Red Bull and Ferrari, lacking the monstrous pace their previous creations have shown. Russell admits that it has been a challenging year, though there are certainly encouraging aspects, namely recognising where the team went wrong in the development game.

Despite some sub-optimal performances by the team, Russell looks back at the year fondly. Highlights include achieving a career first pole position in Budapest and the strong team performance in Zandvoort which saw him fighting for victory. Both of those races saw Russell finish on the podium, adding to his rising tally, currently sitting at eight.

As teased earlier, George’s connection with watches started at a young age.  “Growing up, my father used to wear a watch daily. I’d never see him without a watch on”, he explains. Clearly, this has had an impact on George’s current watch-wearing habits. Wearing the Pilot’s Watch chrono AMG edition in this particular instance, he reminisced of his IWC manufacture visit earlier this year, expressing an even greater appreciation for the work that IWC do, comparing it to an F1 factory.

“When you see the watch and the design process, you get the appreciation for the work”, George explains. “They probably work at an even higher precision than us in Formula 1, just because of the small size”.

Even though he’s worn numerous IWC Pilot’s pieces – including the AMG edition above, as well as the Double Chronograph Top Gun Ceratanium and the teal-tinged, long-winded IWC Pilot’s Watch Chronograph 41 Edition “Mercedes-AMG Petronas Formula One Team – it’s a piece from IWC’s Portugieser collection that captured the Briton’s heart. What sees the most wrist-time is the  Portugieser Annual Calendar, with its large 44.2mm case and seven-day power reserve.

“I wear the Portugieser all the time. It works really well on my wrist, and goes with anything”, George explains, “the seven-day power reserve is really helpful. I was never really good at winding my watch”. And indeed, he seems to be enjoying it fully, as the watch has accompanied him from Singapore to the recent US Grand Prix in Austin. 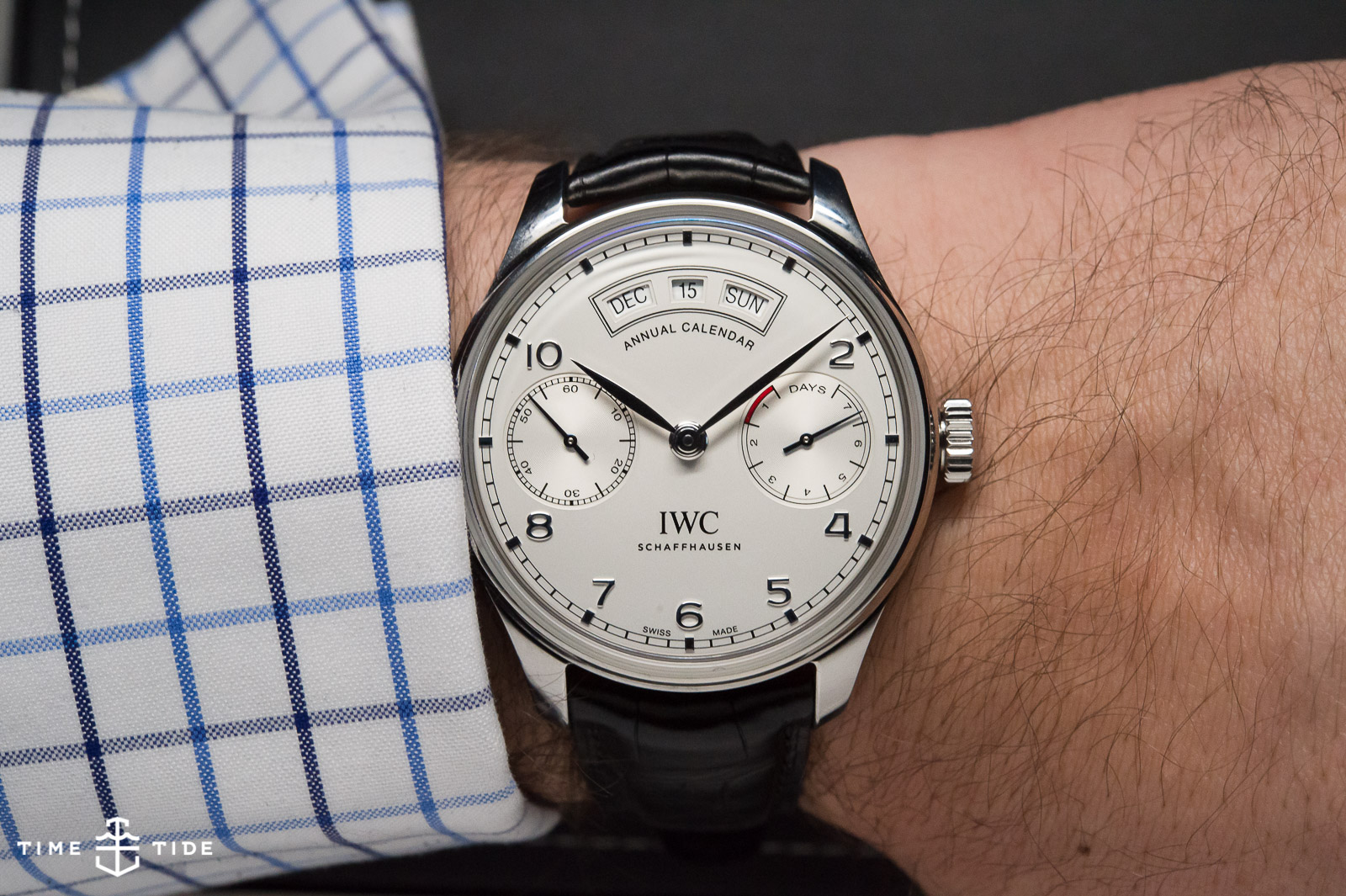 “My watch helps to be there on time. It may sound simple, but the life we live, our schedules are planned to the minute, and being late has a knock-on effect for everything, so you become heavily reliant on your watch”, George explains when queried about his busy schedule that involves travelling hundreds of thousands of kilometres, both on and off-track.

Despite having only the third-fastest car this season, Mercedes’ team and individual driver performance has been nothing short of impressive, making the absolute most out of the situation. 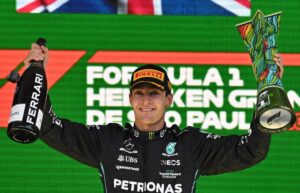 After a solid performance in Mexico, Russell had the breakthrough he’s been working towards, winning his first F1 GP in Brazil last weekend. With the final race of the season this weekend, Russell will be looking to finish the year on a high, building towards a tilt at the 2023 title.