Typography matters. The choice of font or type is a more complicated matter than merely the arrangement of letters used and the order in which they appear.

It’s something designers and branding specialists know only too well: the sub-textual information communicated through the subtle language of serif, weight and kerning. Take the word ‘apple’, for example. Typically, that arrangement of letters evokes the fruit. Capitalise the ‘a’ and write it in Avenir, a font designed by Adrian Frutiger in 1988, and the meaning instantly morphs to that of the sleekly designed products of the Cupertino giant. The heaviness of this meaning is exacerbated when text is used as logo: think NASA, Coca-Cola or even Facebook. 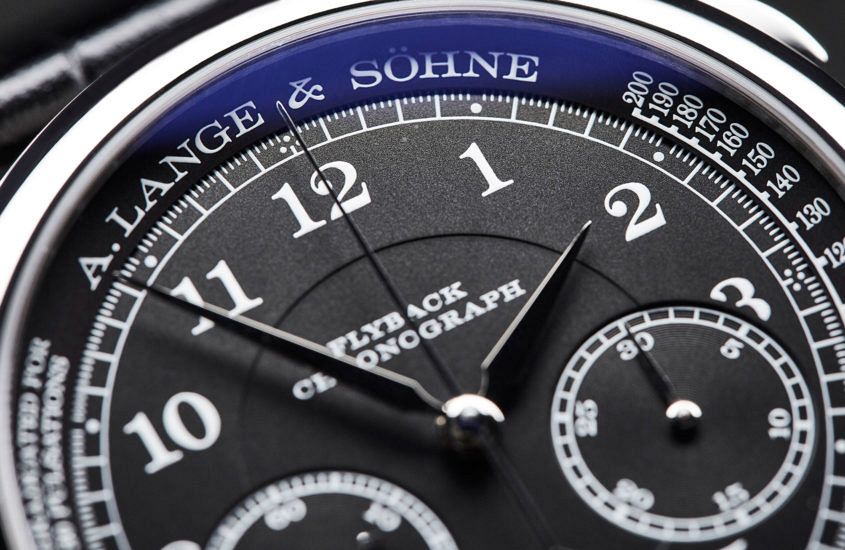 And so A. Lange & Söhne, written in that characteristic curve, which gently follows the line of a round case – surmounting the words Glashütte I/SA – has multiple meanings. A. Lange & Söhne indicates the brand, and the second line speaks to their home (the I/SA is shorthand for ‘in Sachsen’ or Saxony). Factual, literal stuff, but the font Lange have chosen speaks to their identity, and speaks to it in a very interesting way. A. Lange & Söhne is a brand with a long, storied, and fragmented past. They’re also decidedly not Swiss. All that is hinted at in their choice of typeface. That heavy text, in capitals, with sharp lines and serifs, has a decidedly historic, Germanic look, though one that thankfully falls short of full-on gothic. 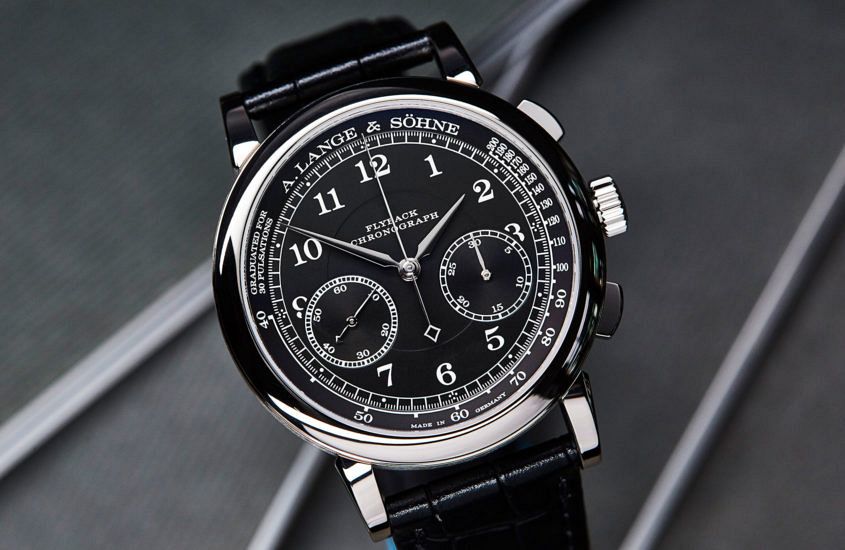 The strength of this text is immediately apparent to Julie Kraulis, a visual artist with a strong pedigree of illustrating watches. She says the text is distinctive. “The text has been treated with the same level of intention as the rest of the watch and so it integrates seamlessly within the style and philosophy of the brand. I’ve noticed with certain watches that typefaces can sometimes seem like an afterthought or an element just grandfathered in.” This visual strength is also clear to those who aren’t familiar with the watches of Lange and what they represent. Take Annie Nguyen, for example. Upon first seeing the watches of A. Lange & Söhne, Nguyen, a LA-based art director with a strong graphic design background, quickly pegged the values of the brand: “Their brand identity speaks to their heritage. The Serif logo with the slight arc immediately says ‘classic’ and ‘traditional’, as does the typesetting of the numerals on the dial. But just because they’re classic, they’re not by any means out of date. The look of the typeface, as well as how and where it’s used on the dial and the movement, show the care and conscientious decision behind every choice. It’s lovely how considered the design of these timepieces is.” 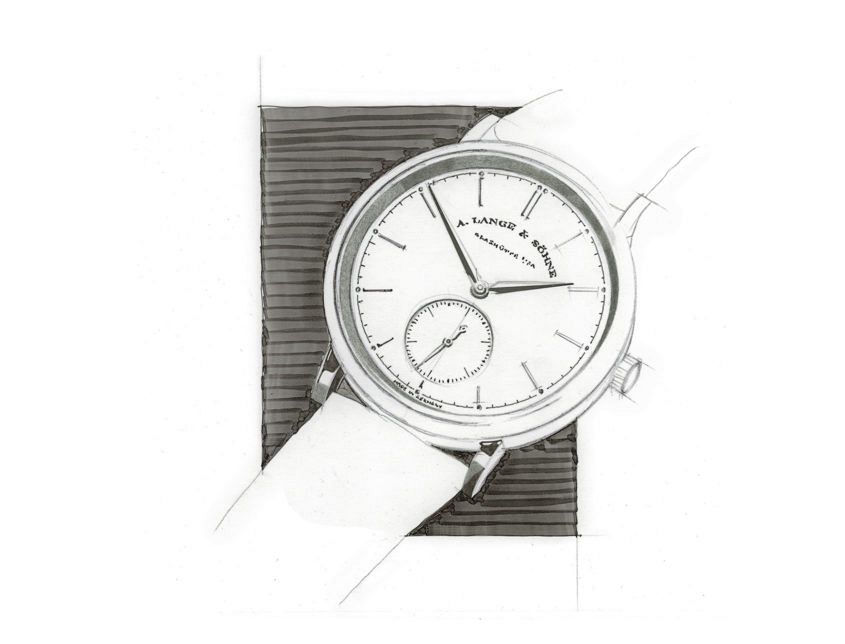 In the scheme of Lange’s history though, this exact logo is relatively young, being introduced when the modern brand launched, in 1994 (though the arched layout has been used on their pocket watches since the late 19th century). But, as with all things Lange, the meaning runs deep, and this particular display and arrangement of letters has numerous nods to the brand, and the watches they make. The typeface Lange appears to be bespoke, but based on an 1899 design called Engravers, an all-caps typeface designed by Robert Wiebking. Wiebking was – appropriately enough – German-born, and worked as an engraver himself. 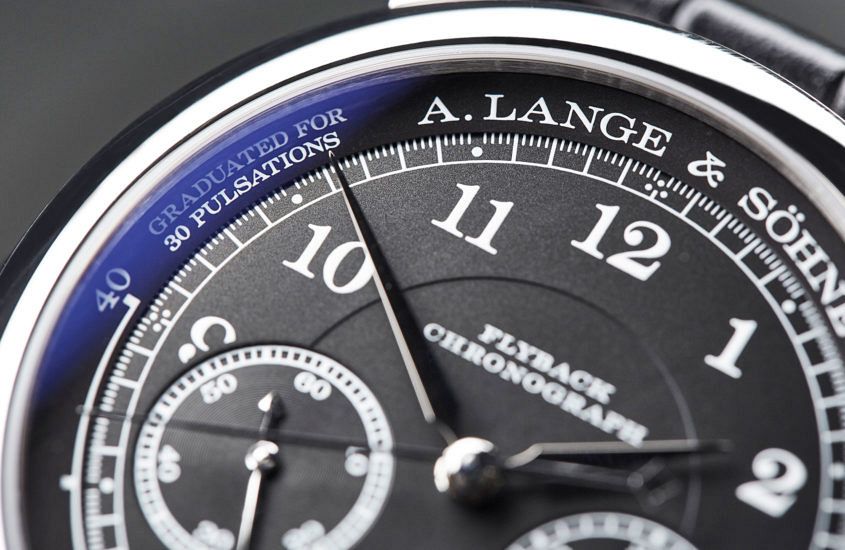 A. Lange & Söhne have chosen to visually represent themselves with a bespoke typeface, a far more fitting option than an off-the-rack option for a brand making watches of their calibre. Moreover, they’ve gone with a typeface that originated in the sharp cutting tools of machine engraving, and one designed by a German no less. Even in their use of type, Lange aren’t content to stand still. Anthony de Haas, Lange’s Director of Product Development, noted that in 2012 they introduced a modified version of Engravers MT for the Grand Lange 1, something a little finer and a touch more modern. “The difference is quite subtle, but you can easily see the difference when you place the old and the new side by side. We have progressively been introducing the font as each model is refreshed.” 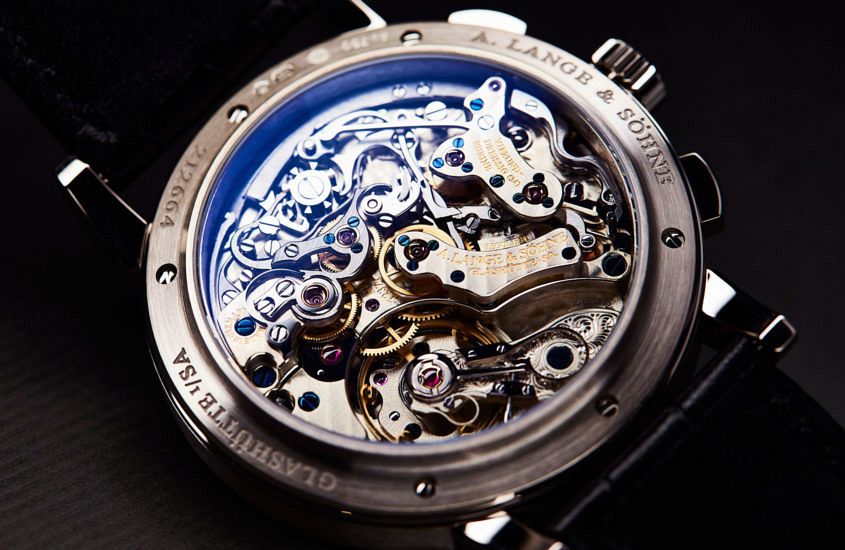 Nowhere is the textual identity of Lange more distinct, or instantly recognisable, than in that ampersand, with its flattened top and thick curves. At first glance it almost seems out of character, with much more personality than the letters and numbers that surround it. But I think that this single, sweeping line is actually heavily evocative of the brand’s heritage, even though it only appeared in 1994. Noted Lange collector and historian Peter Chong (co-founder, editorial director and chief photographer at Deployant) agrees, saying that this ampersand, with the squared-off top, could be a logo in its own right, having become such a strong part of the Lange identity. 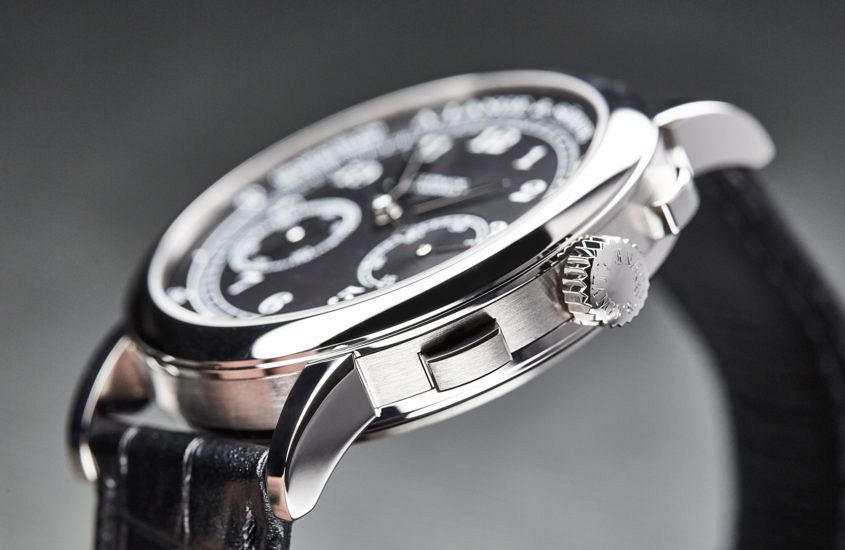 There’s a strong Jugendstil (Art Nouveau in English) feel to that ampersand: an art movement associated with fin-de-siècle Europe. And for all that, Art Nouveau is most commonly associated with fine artists such as Gustav Klimt and Henri de Toulouse-Lautrec; it’s a movement that was incredibly significant for applied arts and design. It also spanned a period in which Lange was undergoing significant change – Richard and Emil Lange, sons of founder Ferdinand Adolph Lange, took the brand to the global stage, showing both technical prowess and artistic achievement, both encompassed in watches such as the ‘Centennial Tourbillon’ presented at the Paris Universal Exposition of 1900, and the Grand Complication No. 42500 of 1902. The ampersand is a small but potent visual marker of this period of renaissance – the flat top and extravagant line speaking to tradition and continuity as well as mastery of the science and technique of watchmaking. Caragh McKay, watches and jewellery director of Wallpaper* and co-founder of McKay Gurney, sums it up neatly: “I like the fusion of Lange’s heritage and modernity. There’s a hint of Dresden Rococo craft style, but coupled with Lange’s precision detail, the effect is an aesthetic that can only be theirs.” 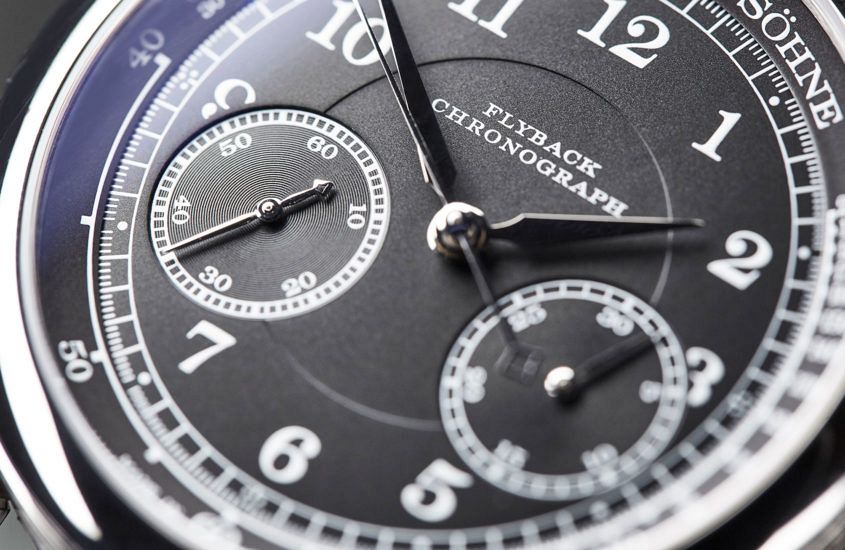 For all that, the type of A. Lange & Söhne carries multiple and nuanced meanings around history and identity. It also has a more pedestrian and functional purpose: clarity. It’s important to note that for all the attention paid to the nuance of design, Lange haven’t lost site of the bigger picture – the legibility and functionality of a watch. Take, for example, the 1815 Chronograph, a watch with – by Lange standards – a lot going on. But for all the text and information at play, the dial remains legible, thanks in no small part to the style and use of text.

Tino Bobe, Lange’s Director of Manufacture, explains that it is directly inspired by the design language of 19th century pocket watches. This fact, and that the font is very thin in places, rules out the uses of applied numerals, as to do so would mean they would have to “modify or compromise the execution”, something Lange are not prepared to do. Additionally, Peter Chong points out that the fonts and indexes used for the 1815 are specific to the line. You’ll notice the weighting of the numerals is a little heavier than typical, the serifs a little shorter and more blocked off – small changes that don’t just increase the legibility but give the 1815 a personality all its own. Contrast that to the applied Roman numerals of the Lange 1 – still legible, but in a completely different way. Tino Bobe explains that the slightly convex tops of the numerals were a choice made to ensure that the gold catches the light in the best way possible. 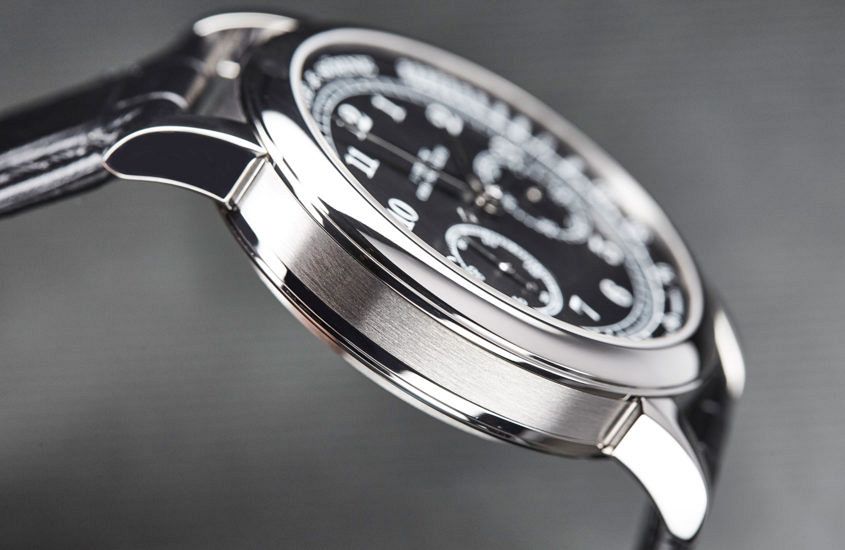 Above and beyond the heritage and style of A. Lange & Söhne’s watches, collectors and connoisseurs have prized the German brand’s fastidious approach to watchmaking and watch design. As you can see, this care and attention extends beyond the fine anglage and gold chatons for which they’re famous, all the way to the minutiae of serifs and ampersands.