Why are vampires invariably such jaded fellows? I reckon immortality has something to do with it. Sure, the wild hunger to feast on human blood must prove an inconvenient business at the best of times. And, yes, coffins make for uncomfortable beds. But I suspect the world-weary demeanour of the undead stems mainly from their immortality – a condition they preserve just as long as they avoid being skewered through the heart with a stake. 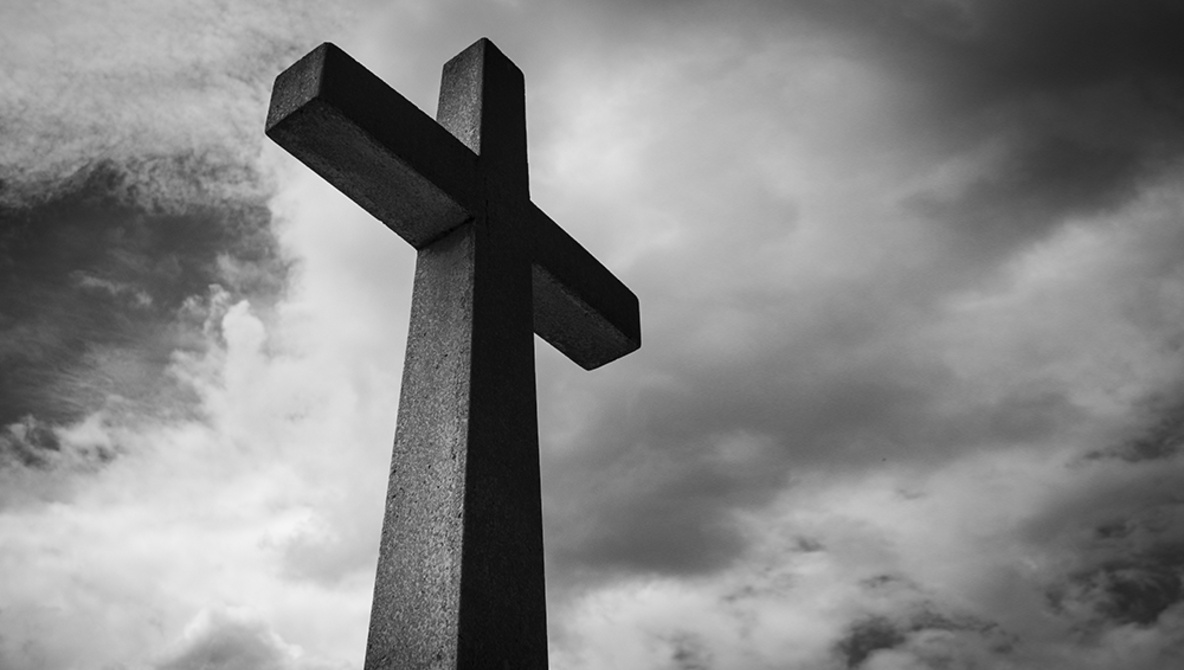 By and large, death is viewed as a real bummer. It signals the end of joy, laughter, good times, not to mention any future instalments of Better Call Saul. Yet one undeniable benefit of mortality is that it injects a degree of urgency into proceedings. Vampires lack this motivational energy due to their infinite lifespan, hence why they mope about looking sullen and anaemic instead.

The Tikker watch appeals to a very different, more mortal demographic. Essentially, it’s a wrist-bound hour-glass for your existence, highlighting that your precious time on earth is running out. Through a simple calculation it works out an estimate of your life expectancy and when your death will occur. This number is then entered into the watch and a digital countdown of your estimated life expectancy begins in years, months, days, hours and seconds. 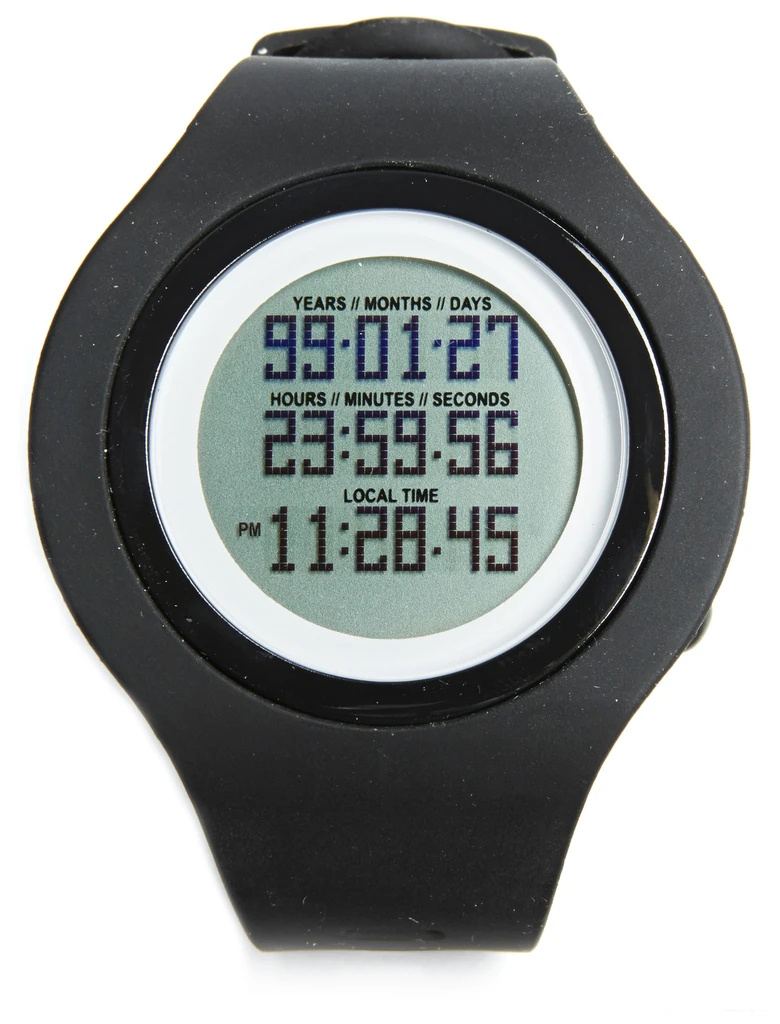 Becoming painfully aware of the moment when you’ll pop your clogs might seem like a morbid idea. But co-founder Daniel Iketani explains the watch was actually designed as “a motivational tool”.

“I live in Los Angeles,” he says. “I speak to a lot of people who sit on the freeway for three or four hours a day. If some of them were wearing this watch they might realise that not only is all that commuting stressful, but it’s also wasting a lot of their time.”

Iketani mentions this as a throwaway example to show how the watch is intended to make you more mindful of how you fritter away your hours.

“In the old days, you’d tie a string around your finger to remind you to do something,” he says. “That’s all this watch is, it’s basically a reminder to tell you, ‘Hey, instead of just sitting on the couch watching a bunch of TV, the clock is ticking – maybe do something a little more fun’.” 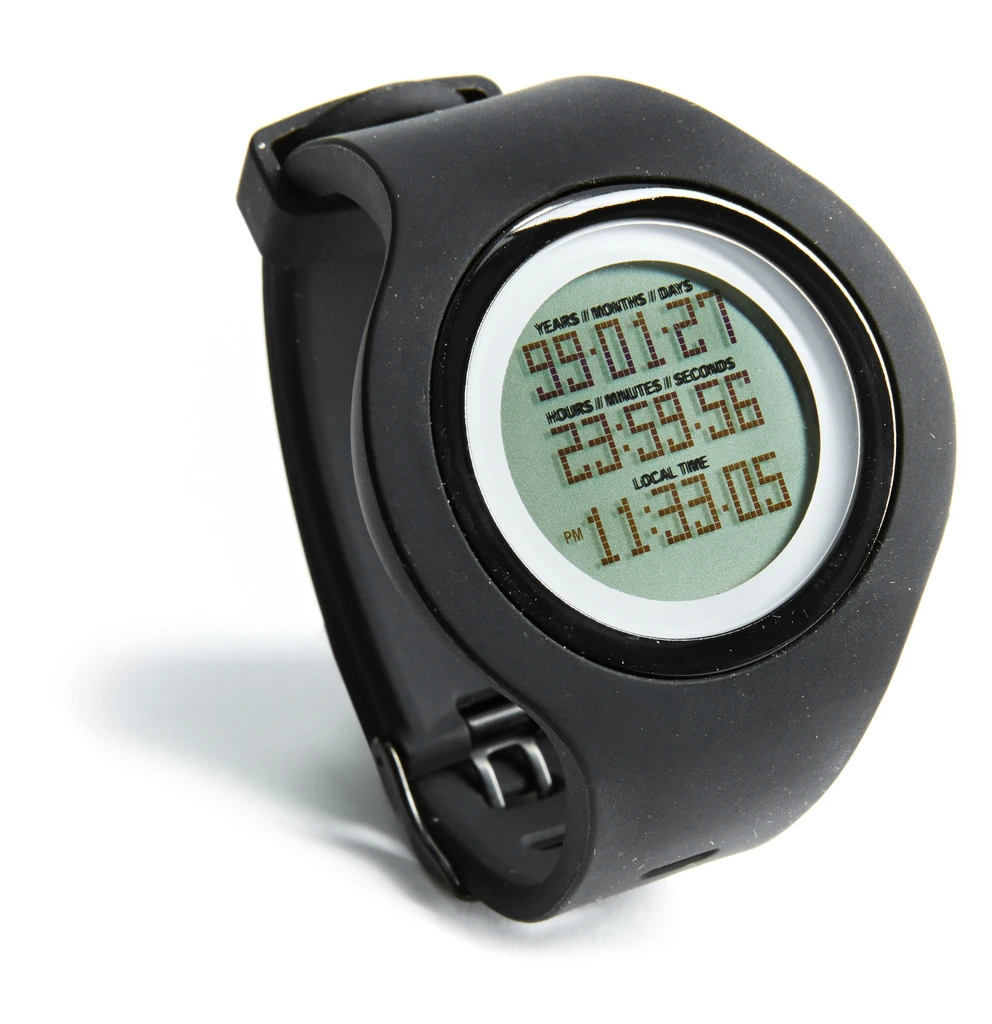 The death calculation is worked out via an algorithm for life expectancy that’s used by the U.S. government. It’s not very complex and is essentially based on your age, sex and demographic life table. As a man aged 43 years and 10 months, I discover that I’m already past the halfway point of my life with a paltry 37.7 years to go. (If the next time you see me I’m sporting an unconvincing ponytail and have embarked on some ruinous tryst with a 22-year-old, blame my mid-life crisis on this story.)

Admittedly, this algorithm is pretty simplistic. It ignores lifestyle, family history, environment, finances and the fact that I’m a truly shithouse driver. But quibbling over such specifics ultimately misses the point. The Tikker watch is not meant to help your relatives book the precise day of your funeral in advance. It’s designed to remind you to live your life with greater critical intent.

“We put a quote on the box from Steve Jobs,” Iketani says. “It reads: ‘My favourite things in life don’t cost any money. It’s really clear that the most precious resource we all have is time’.” 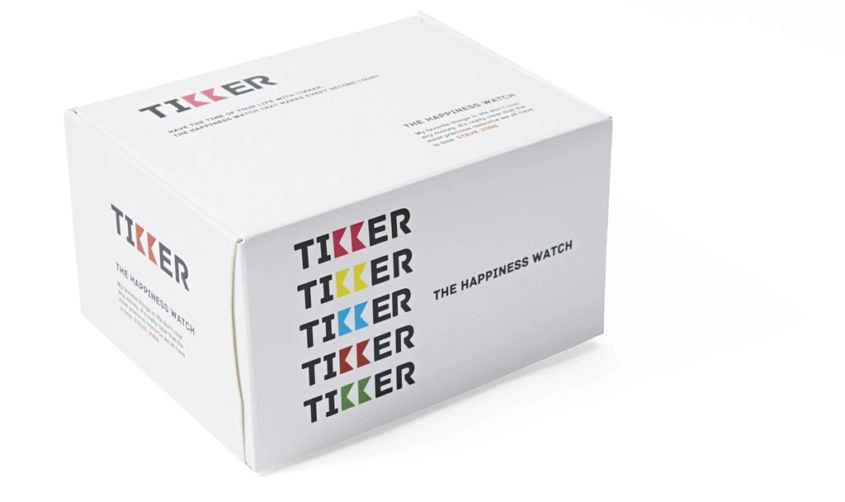 What this boils down to is the age-old idea of “carpe diem”. This, of course, is the phrase that Judi Dench famously had tattooed on her wrist on her 81st birthday (“fish of the day?” quipped a colleague). Originally coined by the Roman lyric poet Horace in 23BC, you don’t have to be a classical scholar to know that it literally means “seize the day”.

Don’t languish on the sidelines, in other words, get involved FFS. Ask that girl out, quit your evil job. Spend more time with those you love and squeeze the bejeezus out of life. Every passing second brings the end of your life that little bit closer. Acknowledging this fact will hopefully liberate you to pounce on the opportunities that await.

Admittedly, it may feel somewhat confronting to wear your impending doom on your wrist. But the Tikker watch is ultimately a force for good. As Iketani explains: “This started out with the moniker of  ‘The Death Watch’. But if you look at the the box, what it actually says is ‘The Happiness Watch’.”