Look back at Baselworld predictions over the last few years, and you’re likely to see a GMT from Tudor topping the list. Sure, some of us may have expected to see that little extra hour-telling-hand added to the Pelagos. But with the ever growing – and hugely popular – Black Bay collection proving to be the perfect base from which to begin, particularly after the introduction of the chronograph last year, I think it’s safe to say that we were all pleasantly surprised when Tudor unveiled a bicoloured Black Bay GMT this year at Basel. The Baselworld surprises didn’t stop there either, as parent company Rolex also released a Pepsi GMT. But having said that, this Heritage Black Bay is its own watch, with its own look and feel. 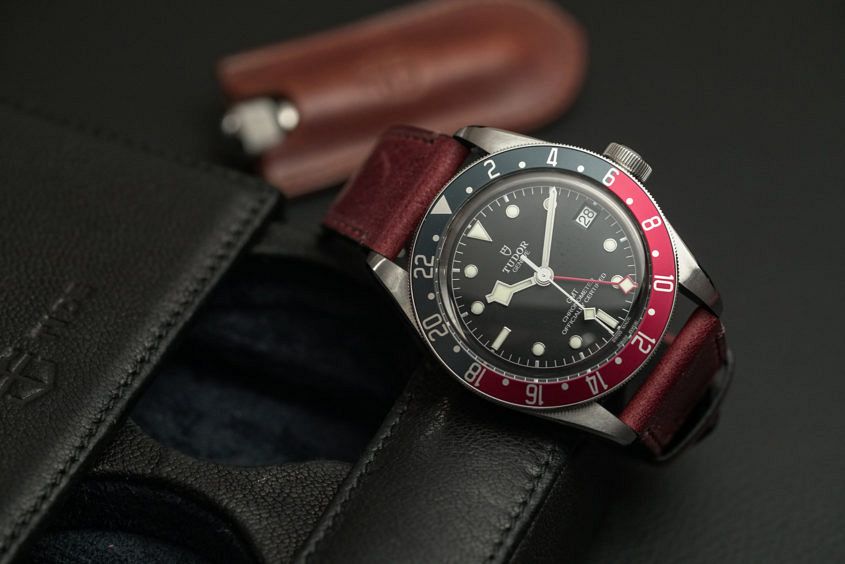 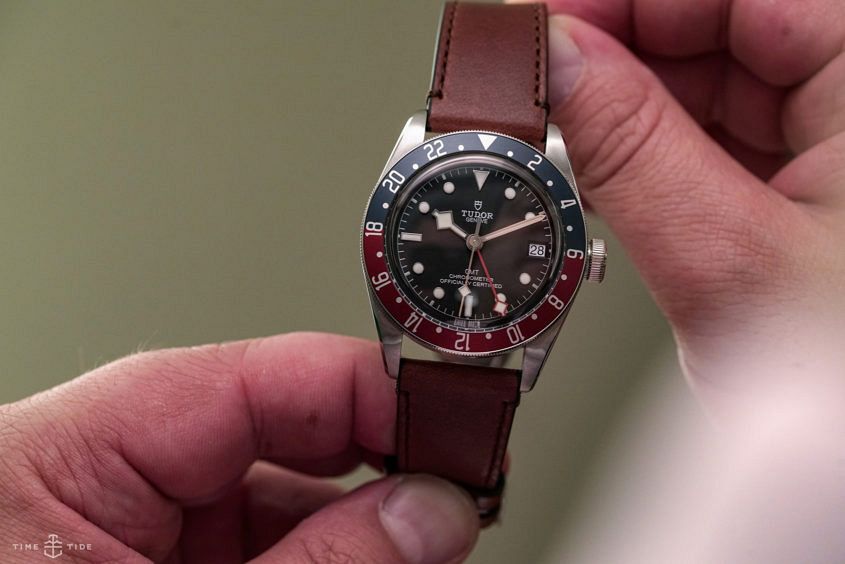 Essentially, it’s a Black Bay. A stainless-steel 41mm case with polished sides and a satin-brushed top. The water resistance remains at 200 metres, and a black, domed dial features a mix of triangle, circle and rectangular hour markers. The differences begin at its bidirectional bezel. An even split of burgundy and blue, it’s a combination of the original colours of the first two Black Bays, except now the aluminium insert is completed in a matt finish, and is marked with a 24-hour scale that alludes to the other big change inside this Black Bay, its GMT complication. Making its way around the dial in – you guessed it – 24 hours is an additional bright red hour hand that is tipped with the iconic snowflake. And the local hour hand can be independently adjusted in one-hour increments without interfering with the running minutes and seconds. Bringing the magic is a newly developed Tudor manufacture movement, the COSC-certified MT5652. Featuring a fully integrated architecture, variable inertia balance, silicon balance spring, and a 70-hour power reserve. I can only imagine the amount of time and effort that has gone into creating this new calibre by Tudor, and I suspect we’ll be seeing a lot more of it in the future. If I were a betting man, I’d even be inclined to put it all on something outside the Black Bay family. 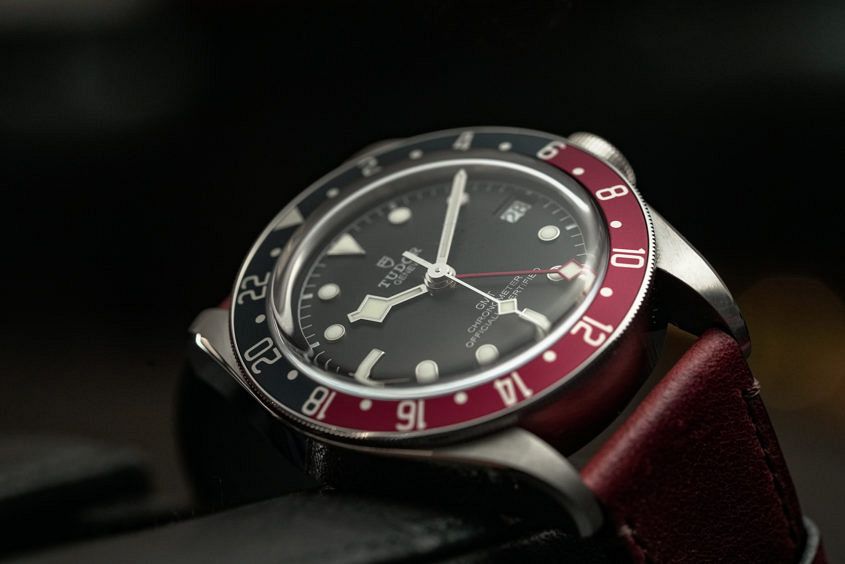 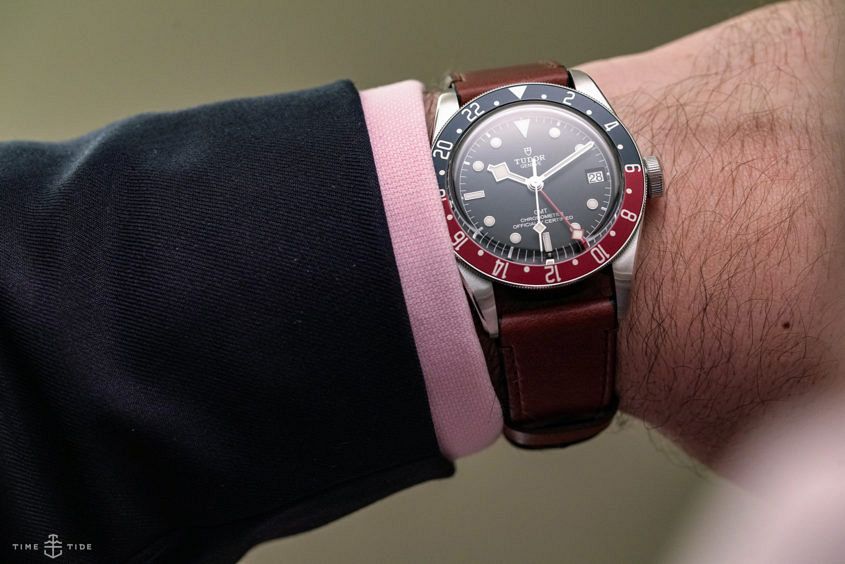 Like I said, it’s a Black Bay. If you own one, or have ever worn one, then you know exactly what to expect — that mix of a traditional aesthetic, and a thoroughly modern build. Strap it on and there is really no difference in how it feels or wears when compared to the original. However, it’s a design that is then refreshed by the Pepsi bezel, in a very subdued kind of way, and the combination of a red hand and crisp hour markers brings it all back into the contemporary world. Kudos to Tudor for introducing a new complication into the collection while keeping that familiar feel of the Black Bay. While it’s available on a riveted steel bracelet and a black fabric strap with a burgundy stripe, it was on the “Terra di Siena” brown leather strap that I found the Black Bay GMT really felt at home. 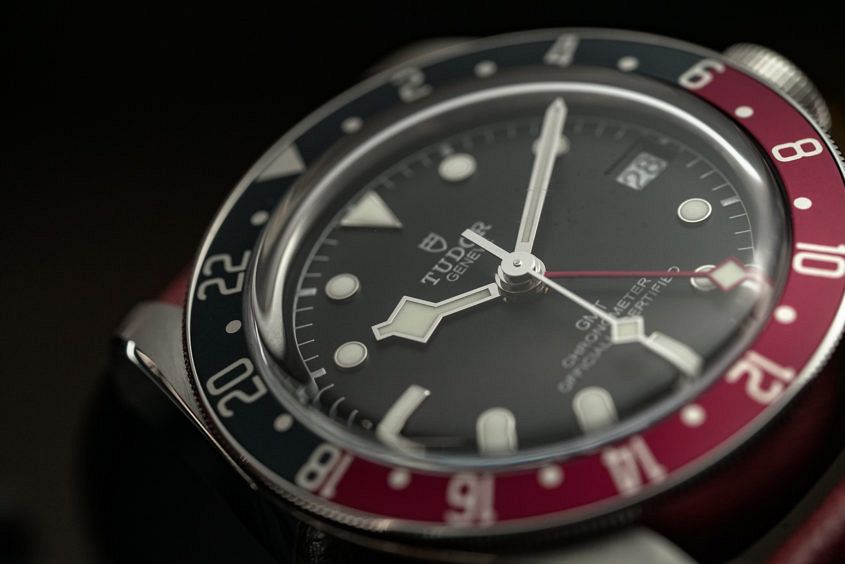 Honestly, this one has it all.  It’s not only a very smart dive watch design, with all the vintage reissue appeal we know and love, but now it houses one of the most highly functional complications in watchmaking.  If you’ve always admired the Black Bay but wanted something with a little extra flavour, or if you happen to be a frequent traveller, then look no further.  All things said and done, it’s a great watch with a great price tag. 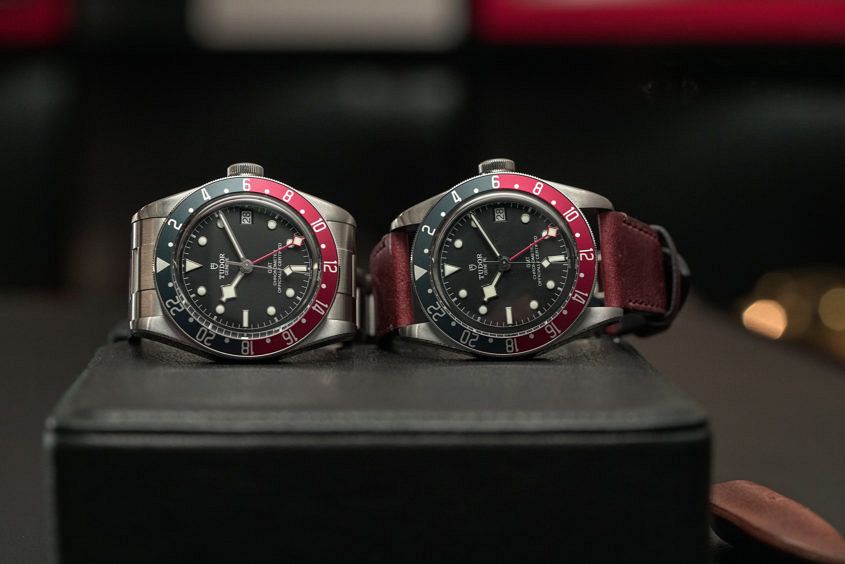 Where do I begin? Finally! A new Tudor GMT, and not just any Tudor, but a Black Bay … with a Pepsi-coloured bezel, and a brand new movement. Seriously, I could go on. But nothing is more surprising than the price. Under 5k for an in-house, COSC-certified, fully integrated GMT movement, inside one of the most popular watches of recent years. Consider me gobsmacked.