HANDS-ON: The Rolex Cellini Moonphase – what it is and why it matters

While the current Rolex Cellini collection will never have the same mass appeal or cool cachet as their ever-popular steel sports models, I think this chic and refined collection is just as important and emblematic to the Big Crown. When they revamped the line in 2014, I was quite taken – with their fluted bezels, interesting dial textures and small complications, the Cellinis spoke to a mid-century tradition of elegance that seemed almost diametrically opposed to the steel sports watches for which the brand is so famous. 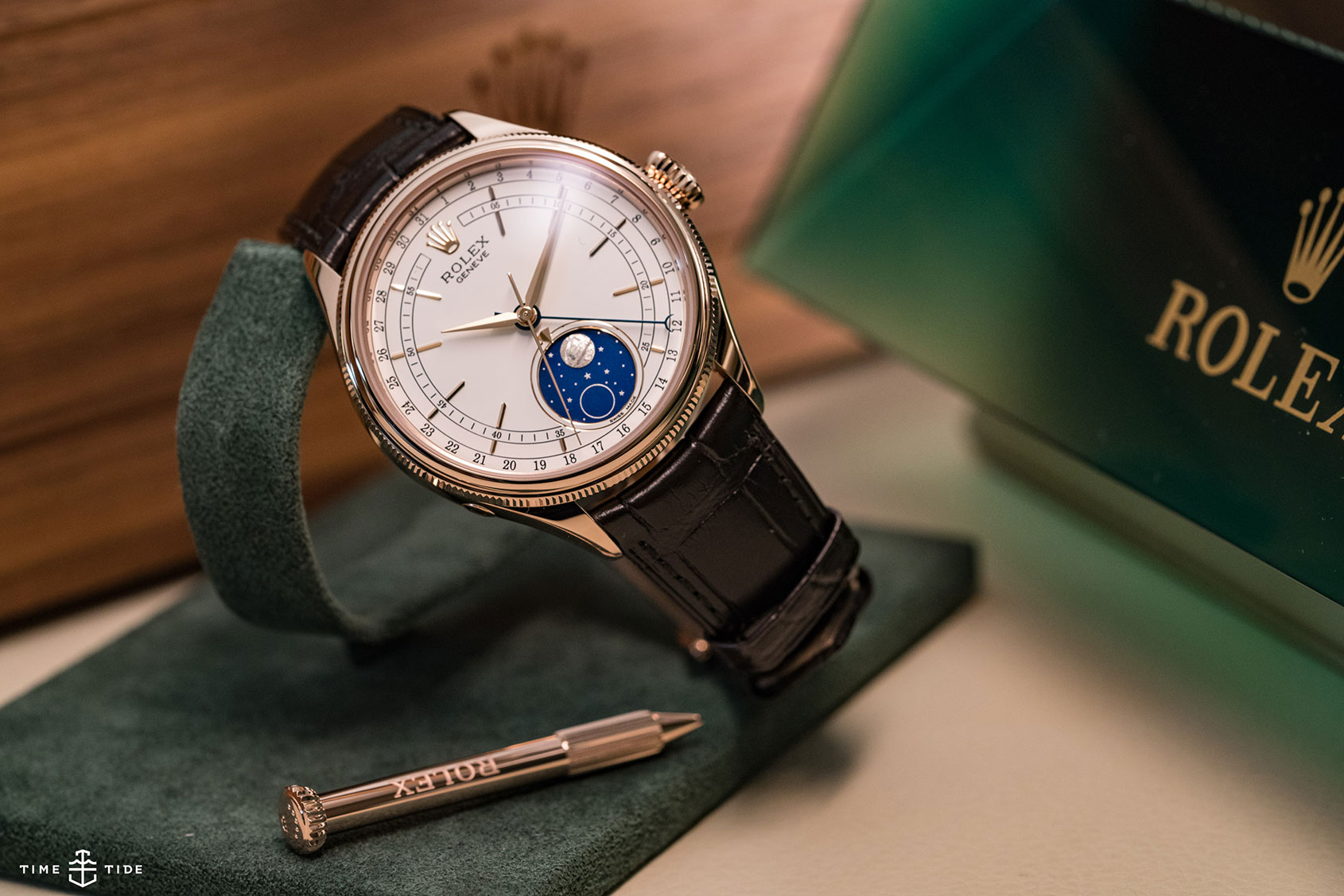 Three years later and Rolex has added another complication to the family – the Cellini Moonphase. In preparation for this review I re-read what I wrote in 2014, when the original came out and one line in particular stood out. In reference to the Dual Time: “…and is very reminiscent of the classic Rolex moonphases. On that note, Mr Dufour, if you’re reading this, I’d give major organs to see a full-on moonphase – a tribute to the 8171 would make a great addition to the Cellini line-up in years to come.” 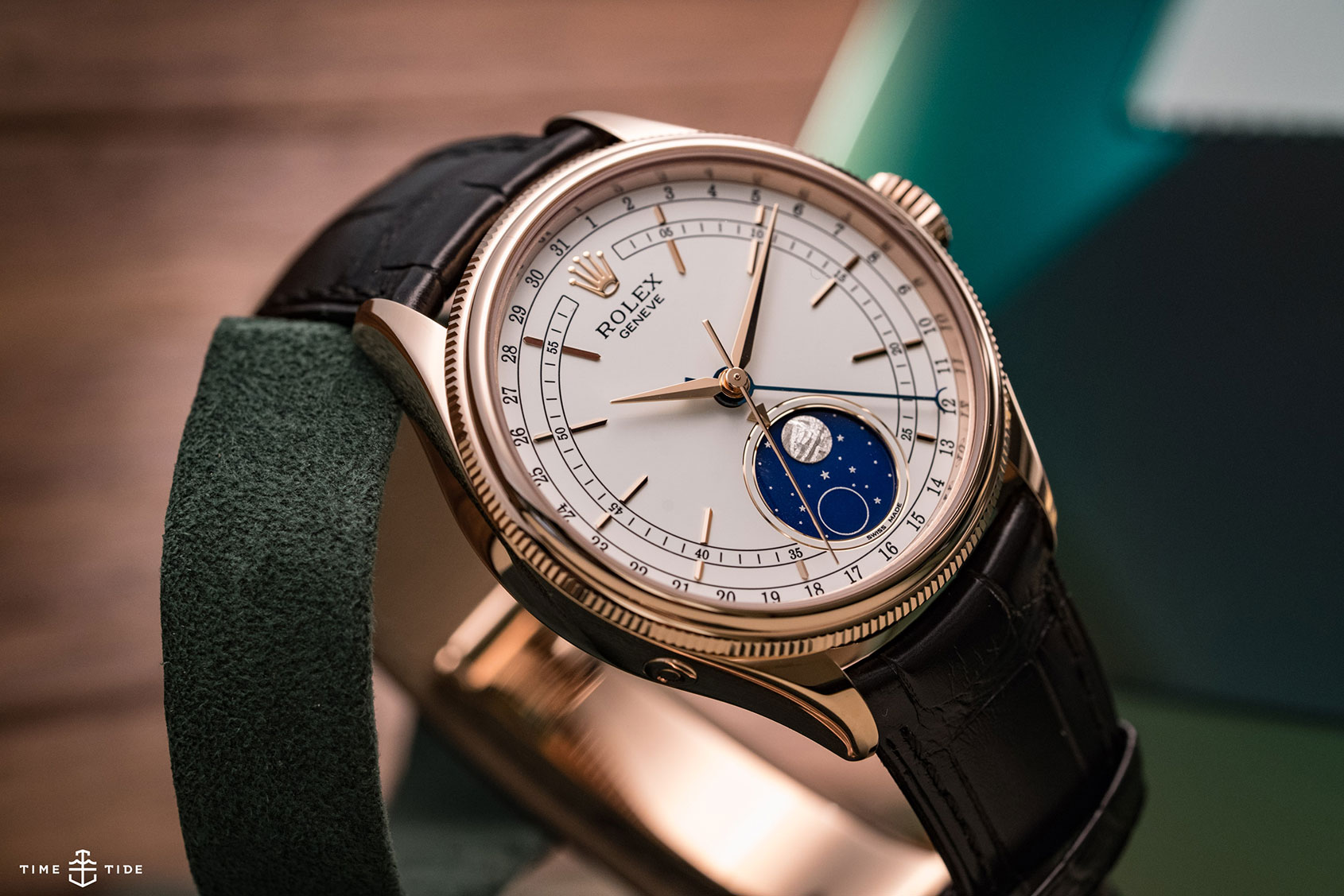 Well, excuse me while I search the darkweb for places to offload an excess kidney, because the reference 50535 Cellini Moonphase, while it may not be a carbon copy of the 8171, is likely as close we’re going to get from a modern Rolex. On face value alone, the Cellini Moonphase is a real classical beauty, perfectly proportioned at 39mm and looking luxurious in Everose. The white lacquer dial is surprisingly detailed, with a peripheral date (indicated by the crescent-tipped hand) and a second scale that bisects the applied hour markers. And then there’s the titular complication itself. The blue enamel disc at six is dotted with tiny stars and an outline representing the new moon. But the eye is immediately drawn to the applied moon itself – crafted from a tiny fragment of meteorite, it’s a detail that definitely rewards close inspection. The double-gold gilt ring surrounding the moonphase and tiny triangle at the top of the subdial indicating the current phase of the moon both evoke the glorious dial designs that are so prominent in Rolex’s rich heritage. 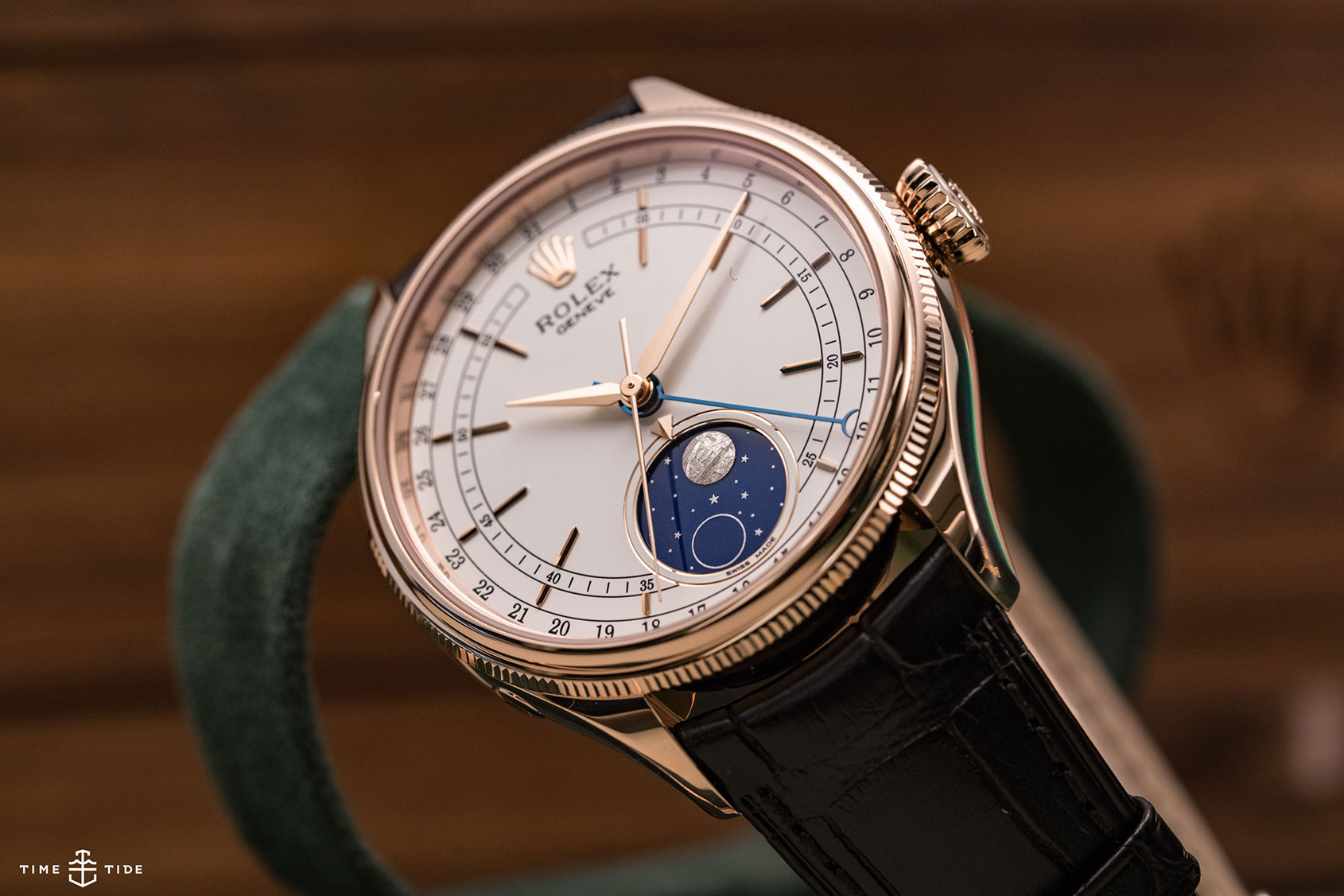 Really though, it’s the very fact that this is a Rolex moonphase that’s exciting. It’s the first time in nearly 70 years that they’ve tried their hand at the complication. And this new moonphase module, is, as you’d expect, industry-leading. It doesn’t need adjusting for 122 years, and of course the movement as a whole meets the intimidatingly accurate Superlative Chronometer standards (-2/+2 seconds per day). If you let your watch wind down and need to adjust the moon, you do so via a recessed pusher at eight. It would have been nice if the complication was crown-adjustable, but you can’t have everything. 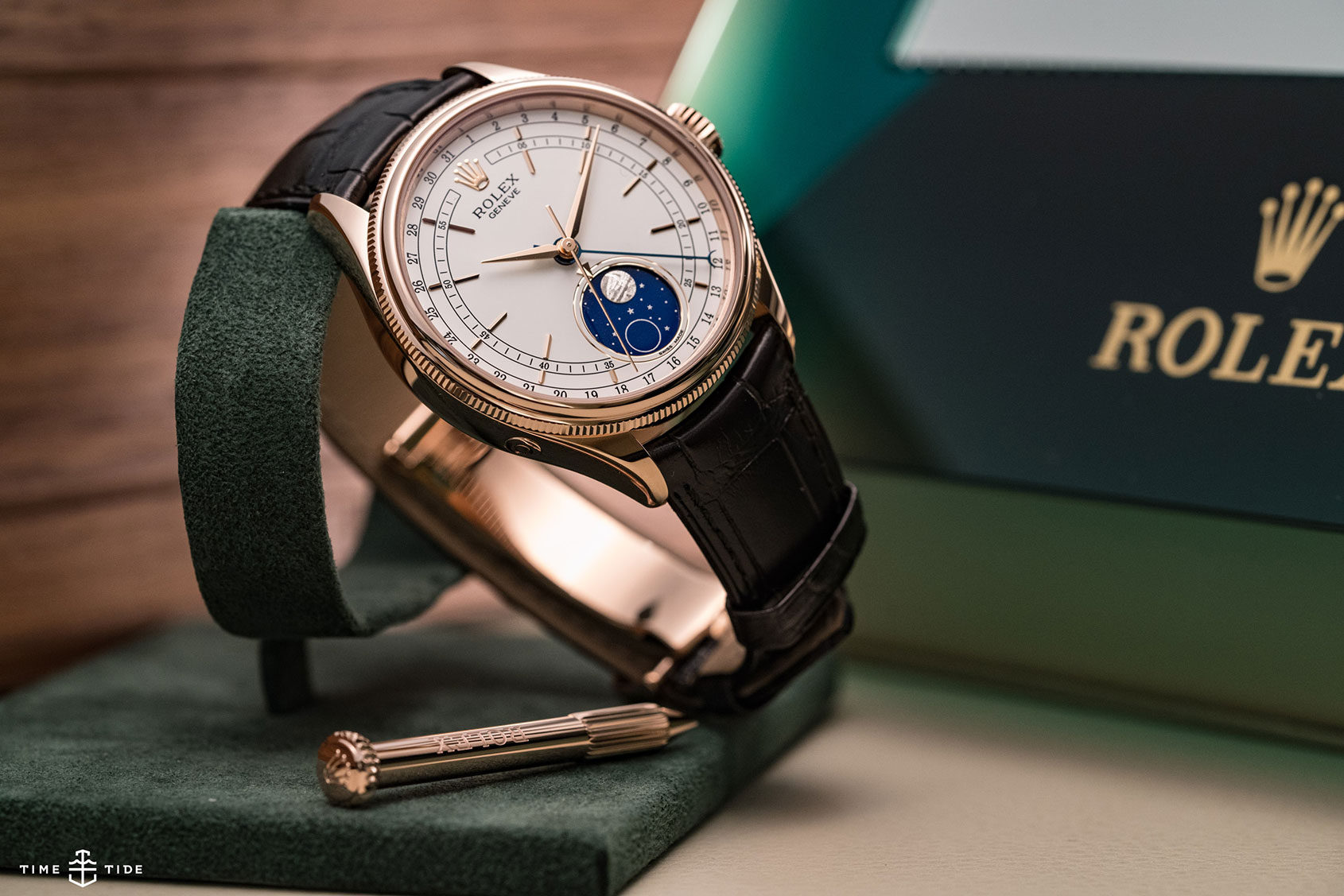 The Cellini Moonphase received a fraction of the attention lauded upon the new Sea-Dweller, which celebrates its 50th anniversary this year. And while these two models are poles apart aesthetically, for me they represent two sides of the same coin. Both watches tell an important story about Rolex’s history – one looks to the deep, while the other gazes up into the sky.