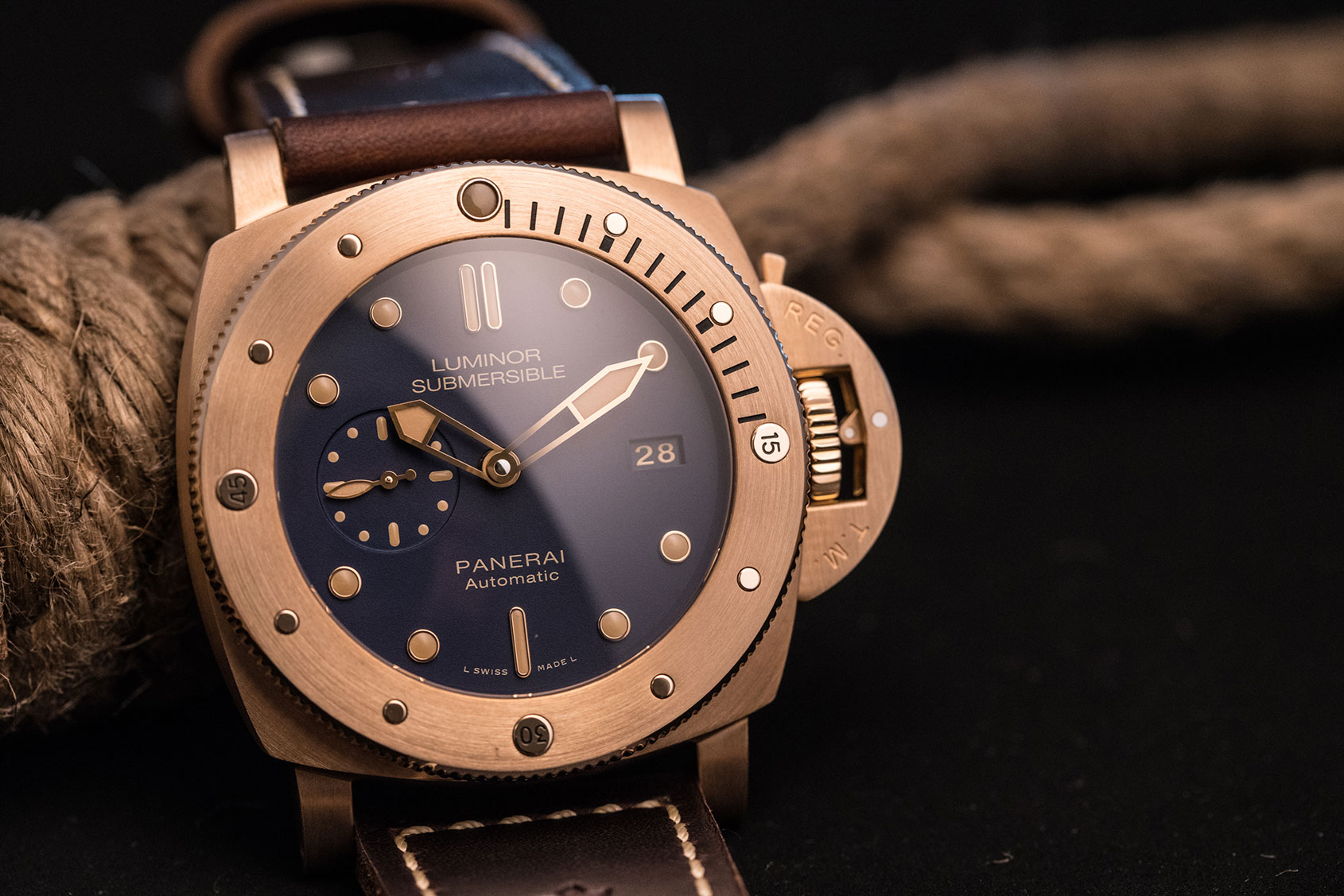 This year it appears that the Submersible collection is a major focus for Panerai, with the brand releasing a veritable pack of new models in all manner of materials and sizes. But there’s one watch above all else that has inflamed the passions of the Paneristi, and that’s the PAM 00671 – AKA the Blue Bronzo. 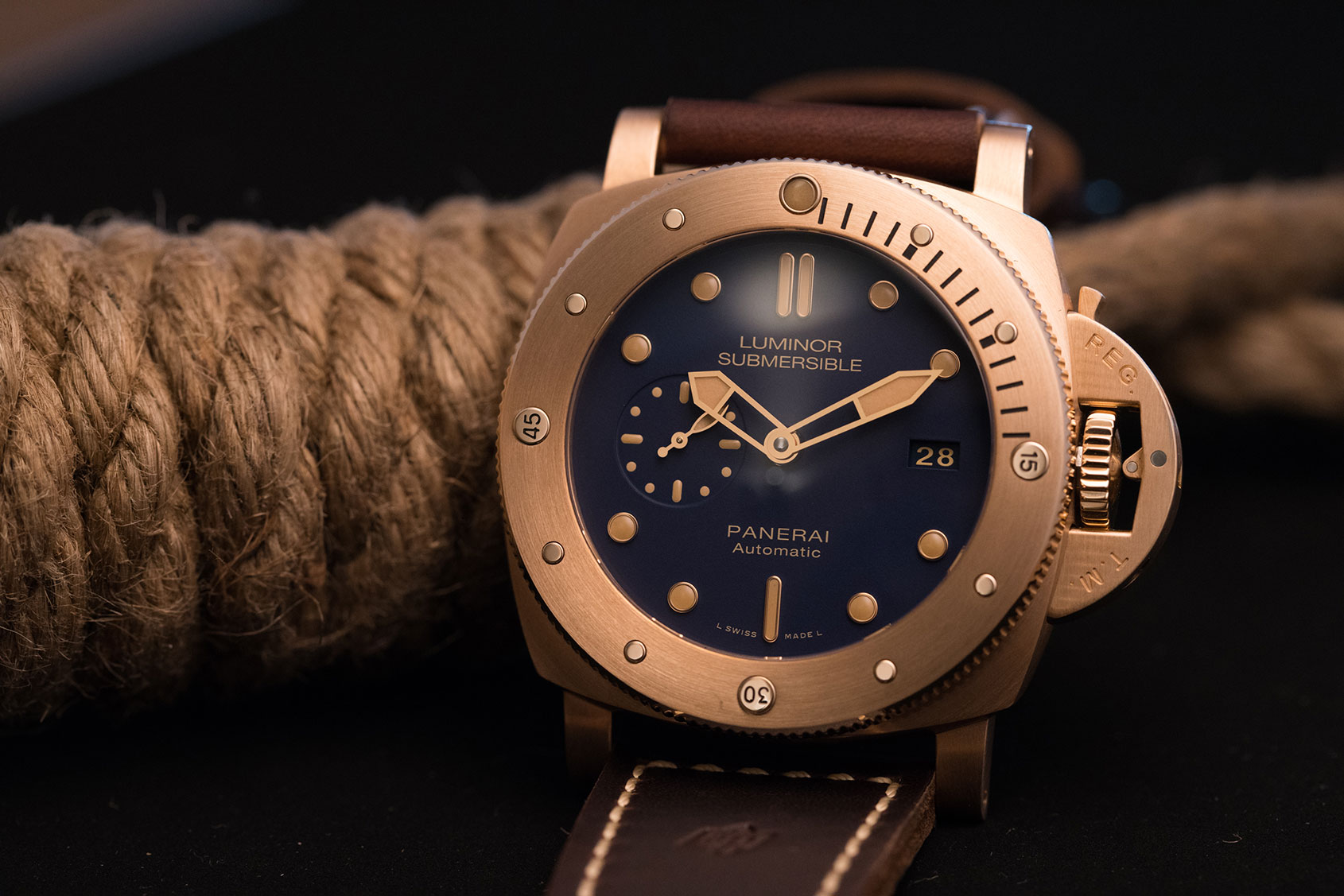 For anyone not familiar with the legend of the Bronzo, a little backstory. In 2011 Panerai released the PAM 00382, a green-dialled Luminor Submersible cased in bronze, limited to 1000 pieces, though we suspect they wouldn’t have had too much trouble selling 10 times that number. While it wasn’t the first ever bronze cased watch, it was the watch that started the bronze craze. 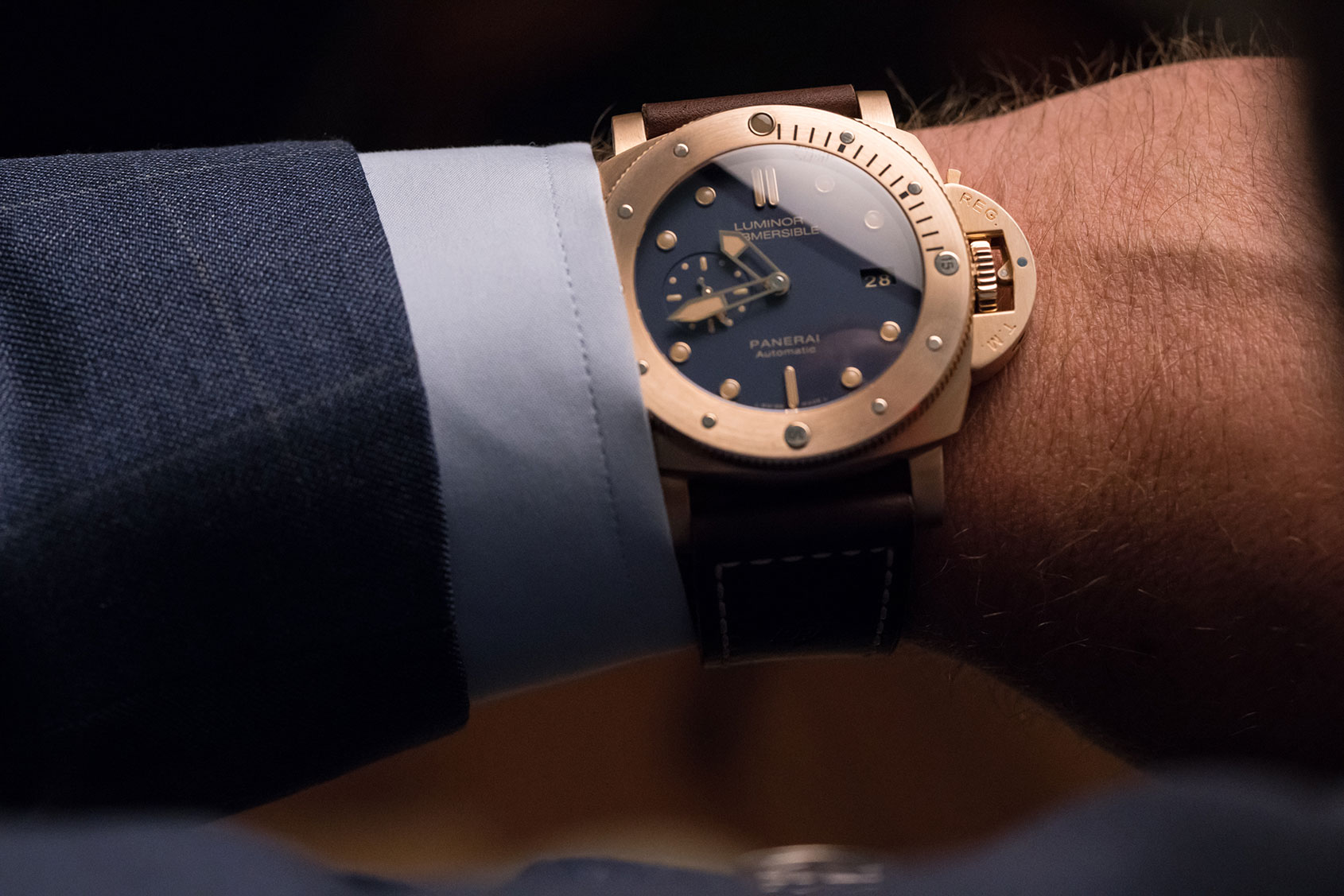 Well, this year the Bronzo is back, and blue. And what a blue! Forget any notions of in-your-face summer blue. Instead this is the darker, more mysterious hue of deep oceans. In fact, under the halogen lights of SIHH, the dial looked almost black, with occasional brilliant flashes at just the right angle. 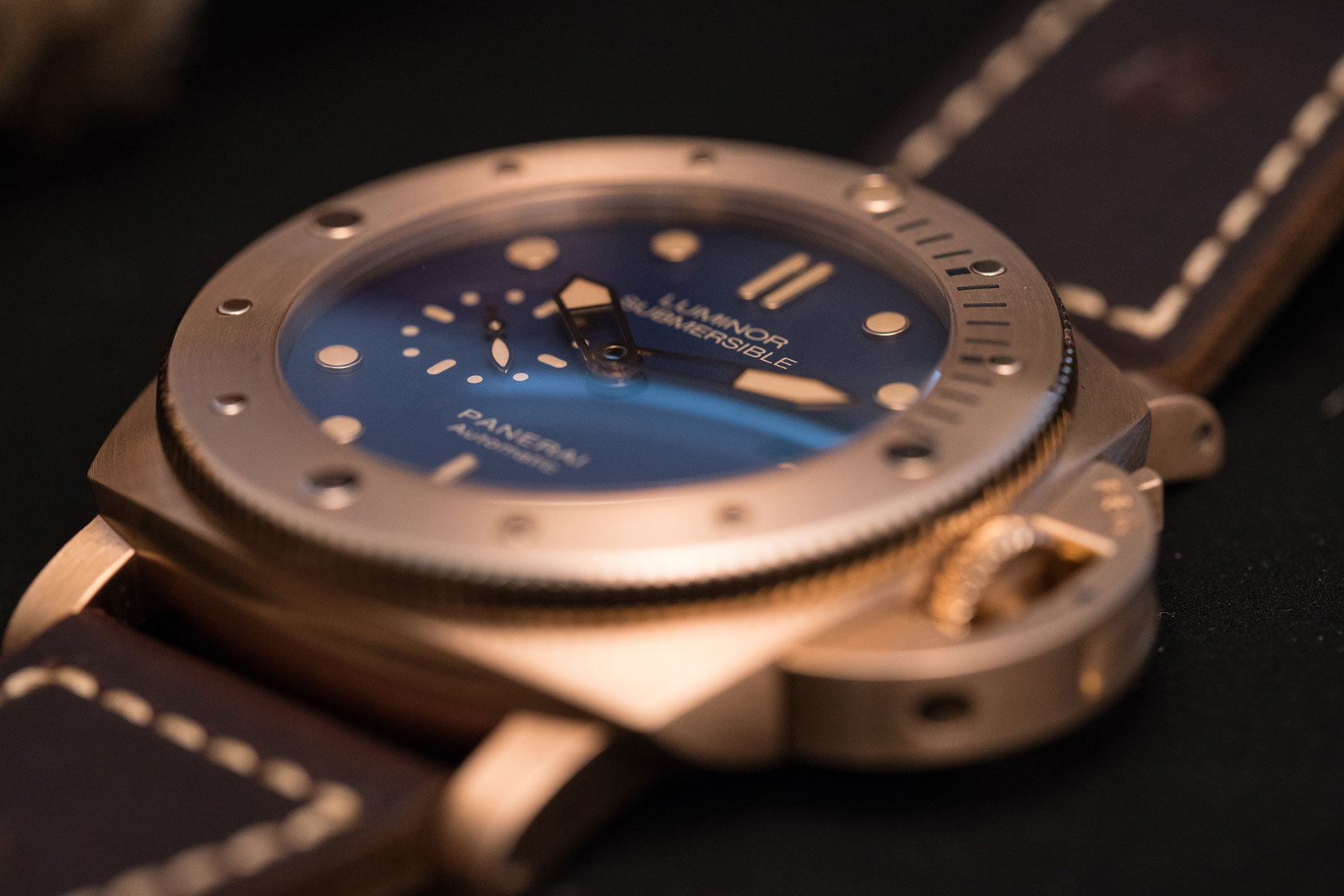 The colour of the dial might be the most obvious change, but it isn’t the only one. The luminous material on the hands, dial and bezel has been given a vintage creamy tone to match the warmth of the case, compared to the more traditional green Superluminova of the original Bronzo. 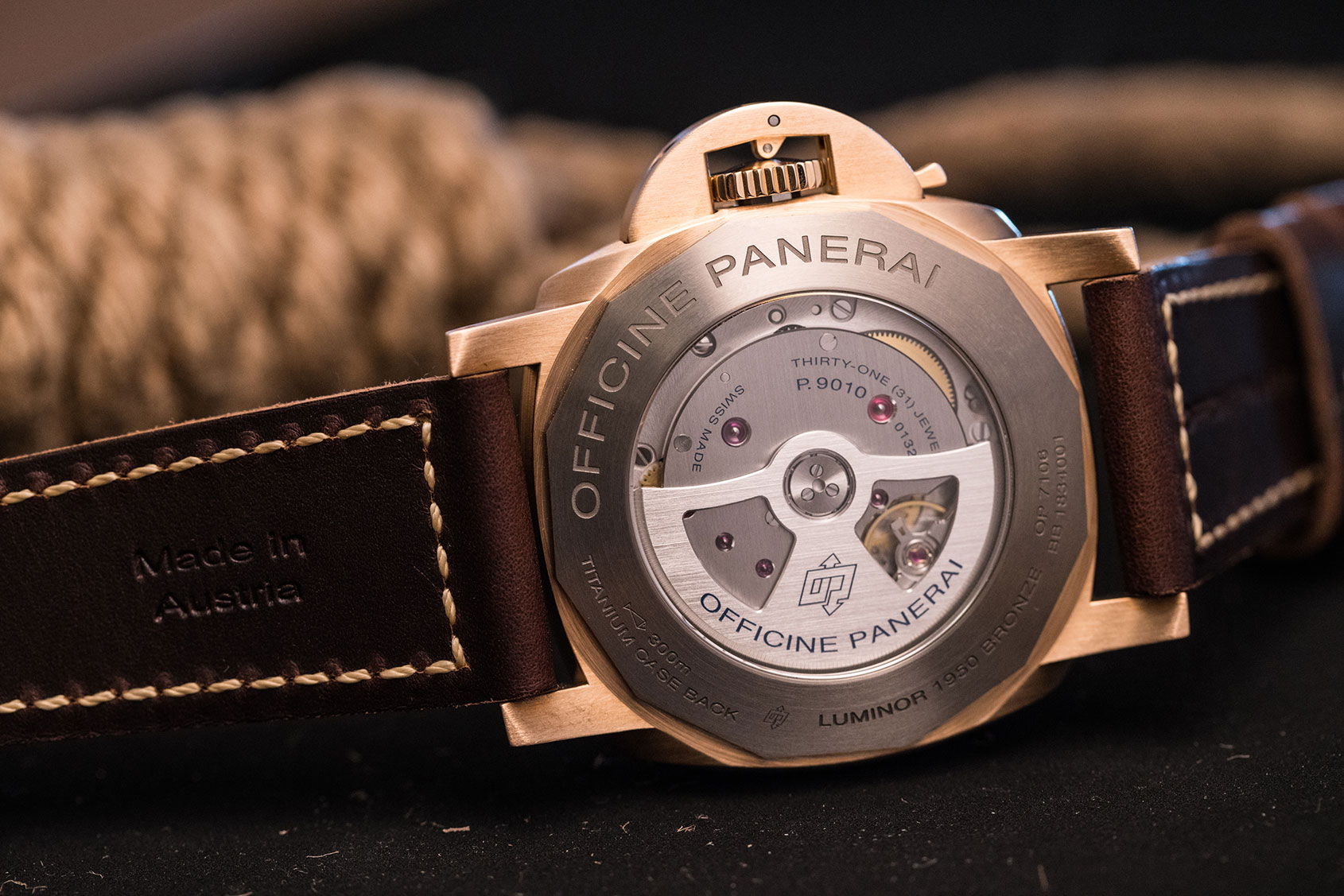 The PAM 00671 has received an update on the inside too, powered by the P.9010 calibre that’s 3mm thinner than the original’s P.9000 – while still boasting three days of power reserve. To all other intents and purposes though, this latest Bronzo is just as good as the original – the same wrist-dominating 47mm Luminor 1950 case, with plenty of details for the patina to accentuate. And we can’t wait to see how good it looks once it’s lost that box-fresh shine. 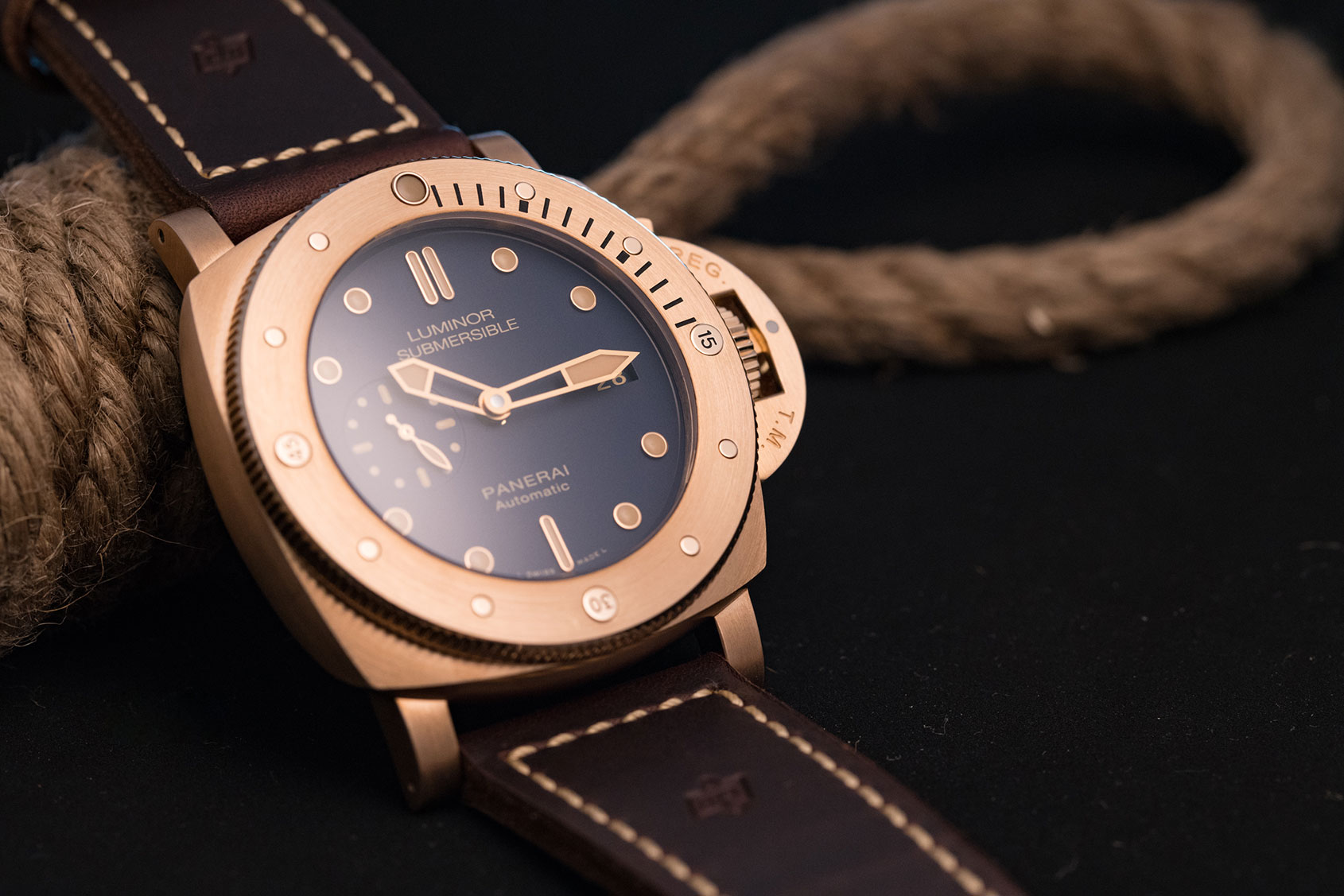 What on earth is SIHH? (The Salon International de la Haute Horlogerie)

We’re so glad you asked.