Last year’s release of the Black Bay S&G was something of a slow burn. In the heat of the initial announcements, all eyes were on the impressive Black Bay Chrono. As time passed, people seemed to realise what a looker the steel and gold was — no doubt helped by the fact that it was prominently featured on the wrist of none other than David Beckham. 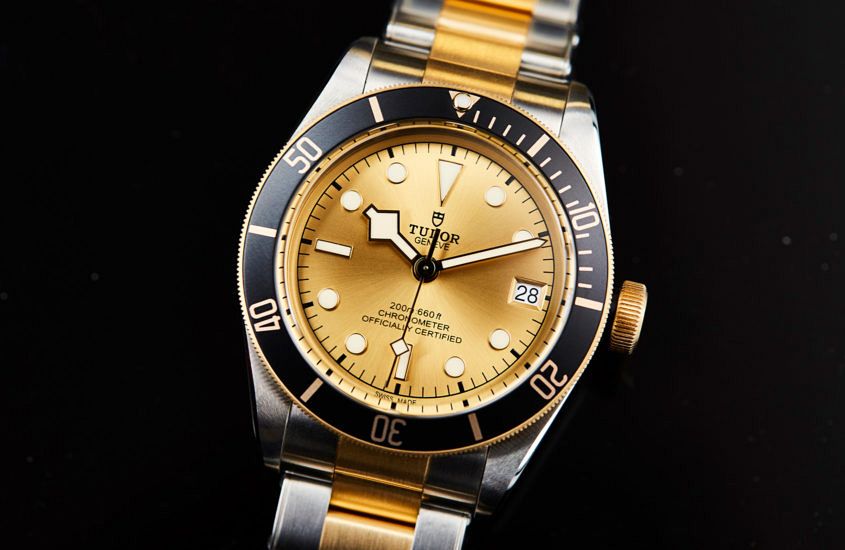 Well, this year Tudor released another S&G, with a radiant, golden-hued dial, officially called ‘champagne’ by the brand. We might not have been as surprised by the bi-metal watch as we were last year, but we were still pretty stunned by its beauty. And even though, dial aside, it’s fundamentally the same watch as the previous S&G, we were surprised by just how strongly the champagne S&G was its own watch, going its own way, and doing its own thing. 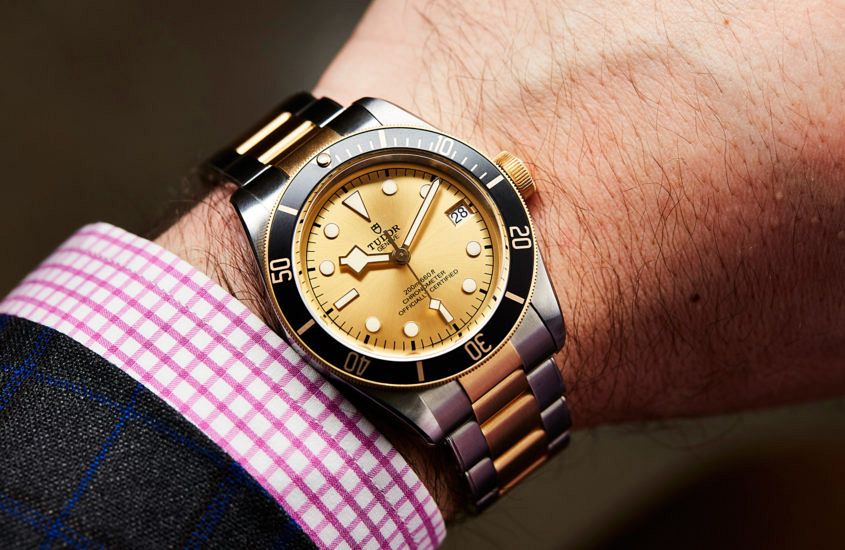 Before we get to the dial, let’s do a quick flyover of the vital statistics. The watch bears the typical 41mm Black Bay case, with a solid golden bezel (with aluminium insert) and a gold cap crown. It’s offered on an olive green fabric strap, distressed leather and this rivet-style bracelet with gold cap centre links and solid gold endlinks. It’s packing the impressive, in-house MT5612, with its 70-hour power reserve, silicon components and variable inertia oscillator – it even has a date. The case is rated to 200 metres, ensuring it lives up to its dive watch roots, despite its dressy looks. 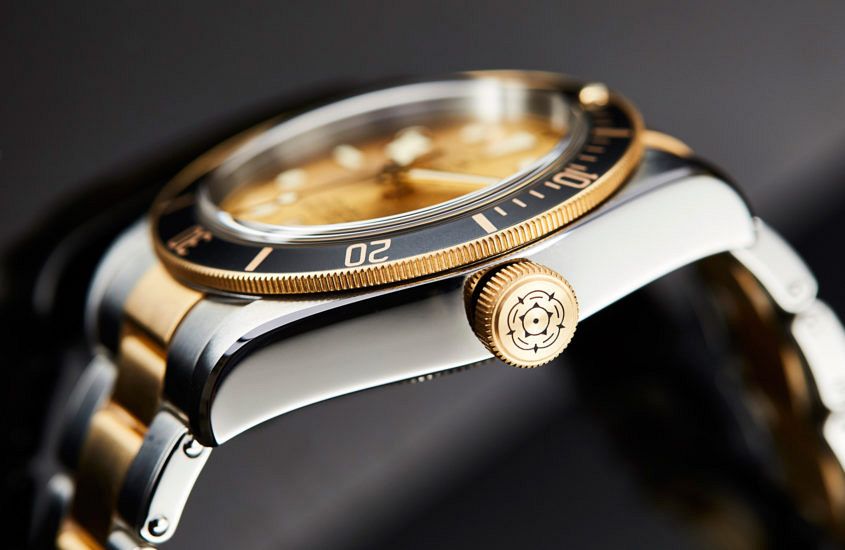 Which brings us to the dial. The original, black-dialled S&G was already a dressy proposition, thanks to the liberal application of yellow gold details. This champagne version kicks it up a notch or four. The dial, which looks a lot like gold, is lighter, brighter and allows the crispness of the printing to shine. But it’s not just the way the dial colour frames the hands, markers and minute tracks that impresses, it’s the rich sunray finish itself that causes you to draw breath, especially when the light hits it just right. And while the gold markers filled with pale lume on a very closely colour-matched dial might initially raise questions of legibility, I found that when it came to actual wearing, there’s enough light play and reflection to keep it on the right side of readable. 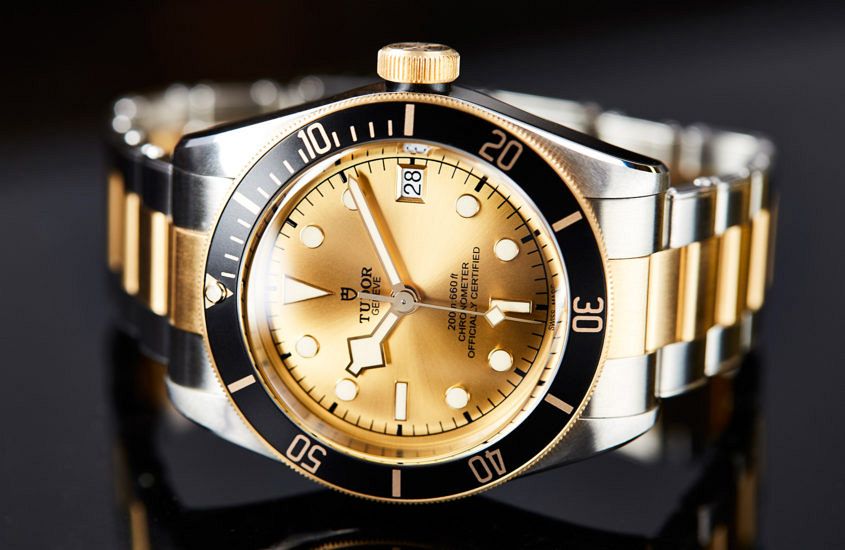 It’s a bold, beautiful take on the Black Bay, but one that poses a problem (for me at least) – black or champagne dial? 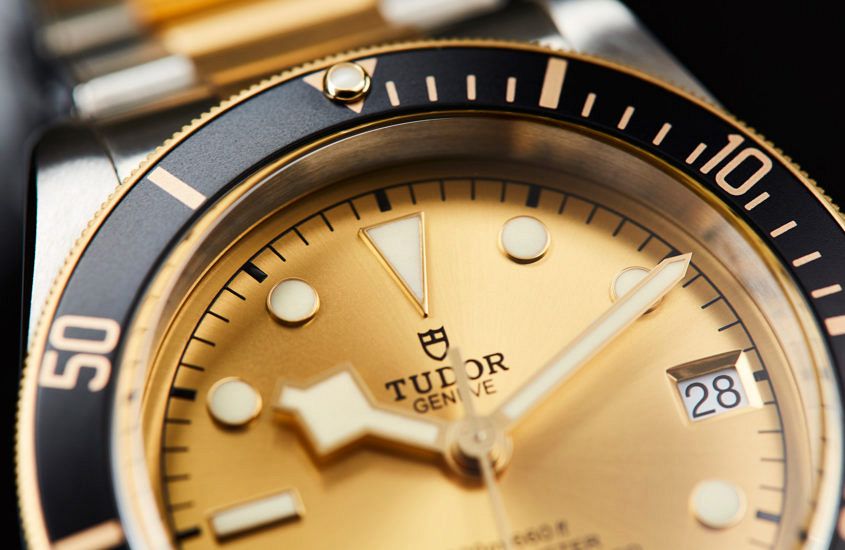