I’m flying off to Geneva tomorrow, for the watchstravaganza that is SIHH. And on my wrist, as I step onto the plane, will be Montblanc’s latest generation smartwatch, the Summit 2. 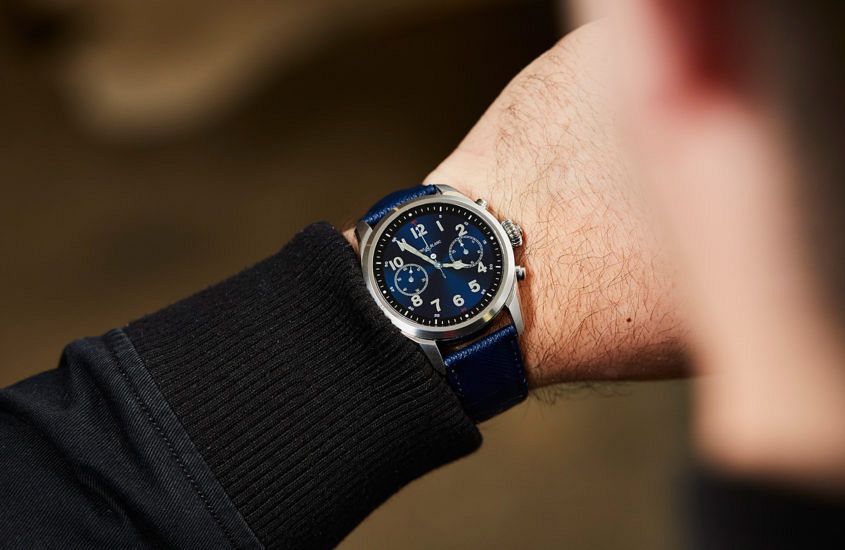 Now, Swiss brands have been trying their luck at smartwatches for some time now, with the two biggest players in the space being Montblanc and TAG Heuer. And while the first generation of these Silicon Valley X Swiss connected devices demonstrated the steep learning curves and technical limitations of the genre, we’ve come a long way in a few short years. 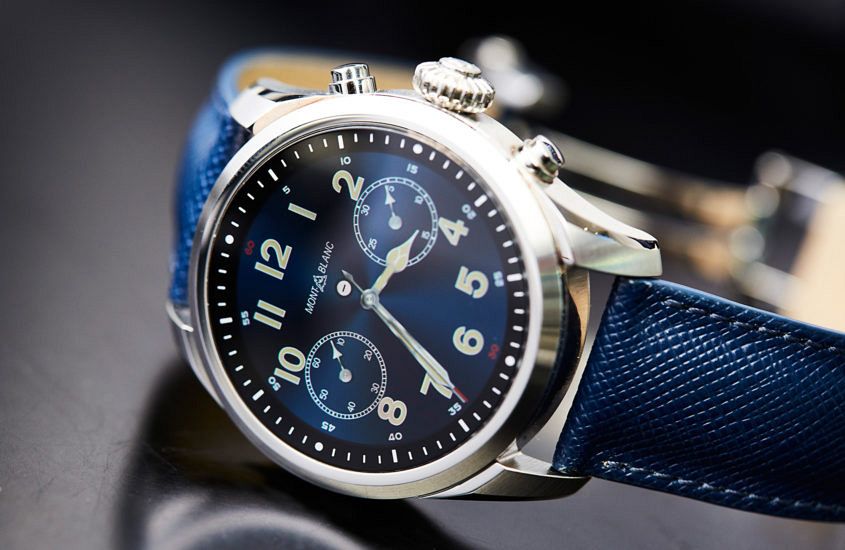 I tried the original Summit, and I’ve got to say, the Summit 2 is better in (nearly) every way. Smaller, faster, stronger, smarter. I’ll get to that *nearly* in a bit. 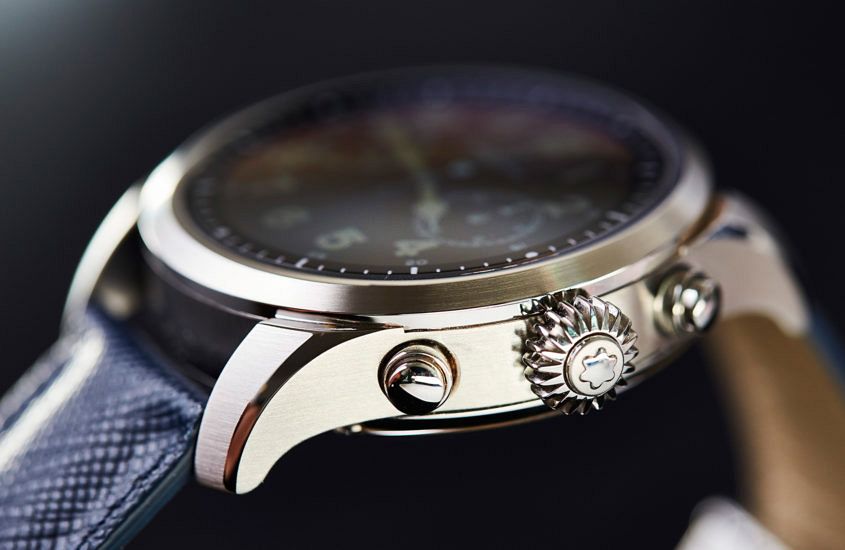 Firstly, the case. It follows the same basic form as its predecessor, a chunky, 1858-esque design with an onion-shaped crown. Only here they’ve now flanked it with two programmable chrono-style pushers. The other major difference is that it’s smaller, significantly so — 42mm, down from a whopping 46mm. And while the screen is a little smaller, in this significantly refined package I do not mind one little bit. This watch is completely wearable. And while the form is smaller, the insides are much bigger. Equipped with the latest Qualcomm Snapdragon Wear 3100 chip, this thing hums along nicely, with no noticeable lag. From a UX perspective it’s the best Android Wear device I’ve used thus far (perhaps this is due in part to the fact that it’s the first time I’m using it with an Android phone, rather than the less seamlessly integrated iOS platform). 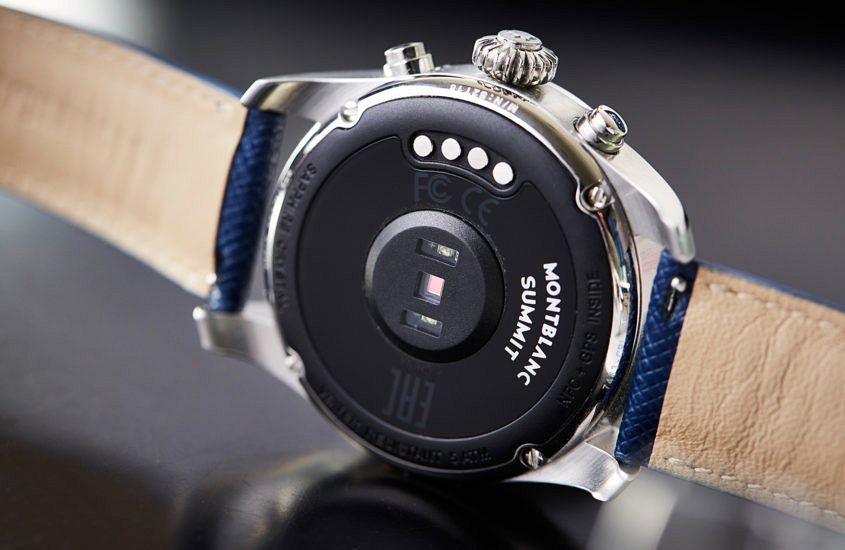 GPS is also a welcome addition to the Summit 2, perfect for exercise and travel alike (not unsurprisingly, this watch is being billed as perfect for both). Aside from that, Google’s assistant is excellent, and notifications perform as expected (they’re certainly better than a carrier pigeon), and there’s a heart rate monitor, which is handy. And while the OS lacks some of the overall polish and pizzazz of Apple’s eponymous watch, it’s solid. Charging is, of course, a daily requirement (though if you opt to go time-only, you can last 5 days without juicing up), and the charging process is fine, thanks to a smartly designed Montblanc cradle with braided cord, that won’t look out of place on your (presumably) excellently appointed desk or nightstand. 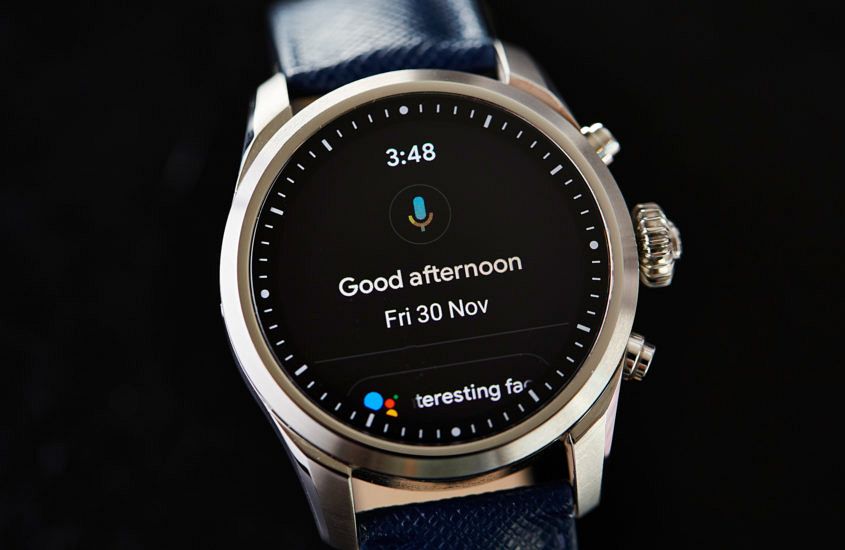 I do have one slight regret about the Summit 2 (that nearly, above), which is the crystal. Much was made, when the initial Summit was released, of the curved sapphire crystal, which linked the tech to the tradition. Sadly, this has been omitted on this version. Perhaps because it caused issues, or people didn’t like it, or it didn’t make sense economically. Whatever the reason, I miss it, just a little bit. But not enough to detract from the overall impressiveness of the watch, which does an excellent job of offering smarts in a smart (and dare I say distinctive) package. 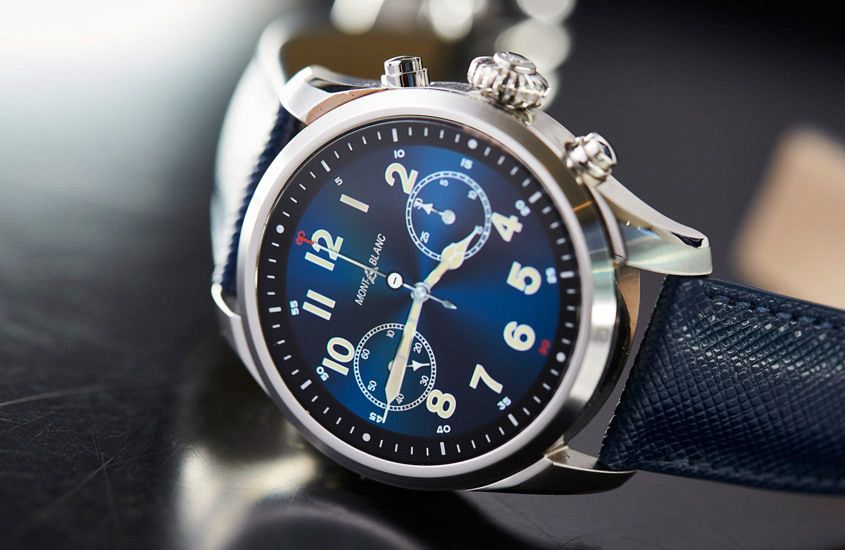 One final thing. Frequent flyers among you might be wondering why I’m wearing a smartwatch on a plane, given that there’s not much you can do with airplane mode activated. Well, you’d ordinarily be right, but I’m keen to try out the Timeshifter app, a travel-oriented bit of tech that aims to work with your circadian rhythms and some neuroscience goodness to ensure you arrive as chirpy as possible. Apparently it’s used by astronauts and elite sports people and the like. I’ll report back on how it works when I land in Geneva.