HANDS-ON: The Seiko King Sumo collection gets a heavyweight update

It’s almost impossible to point out a Seiko model that couldn’t be described as a classic in some way, but the Seiko Sumo has enjoyed a strong cult following since 2007 for good reason. Its rounded shape and aggressive dial make for a robust package that doesn’t look too vintage to be kitschy or too modern to be timeless, so the series was ripe for updating. Now including a slew of technical upgrades, the fresh Seiko King Sumo range also features a brand new style of dial texture. 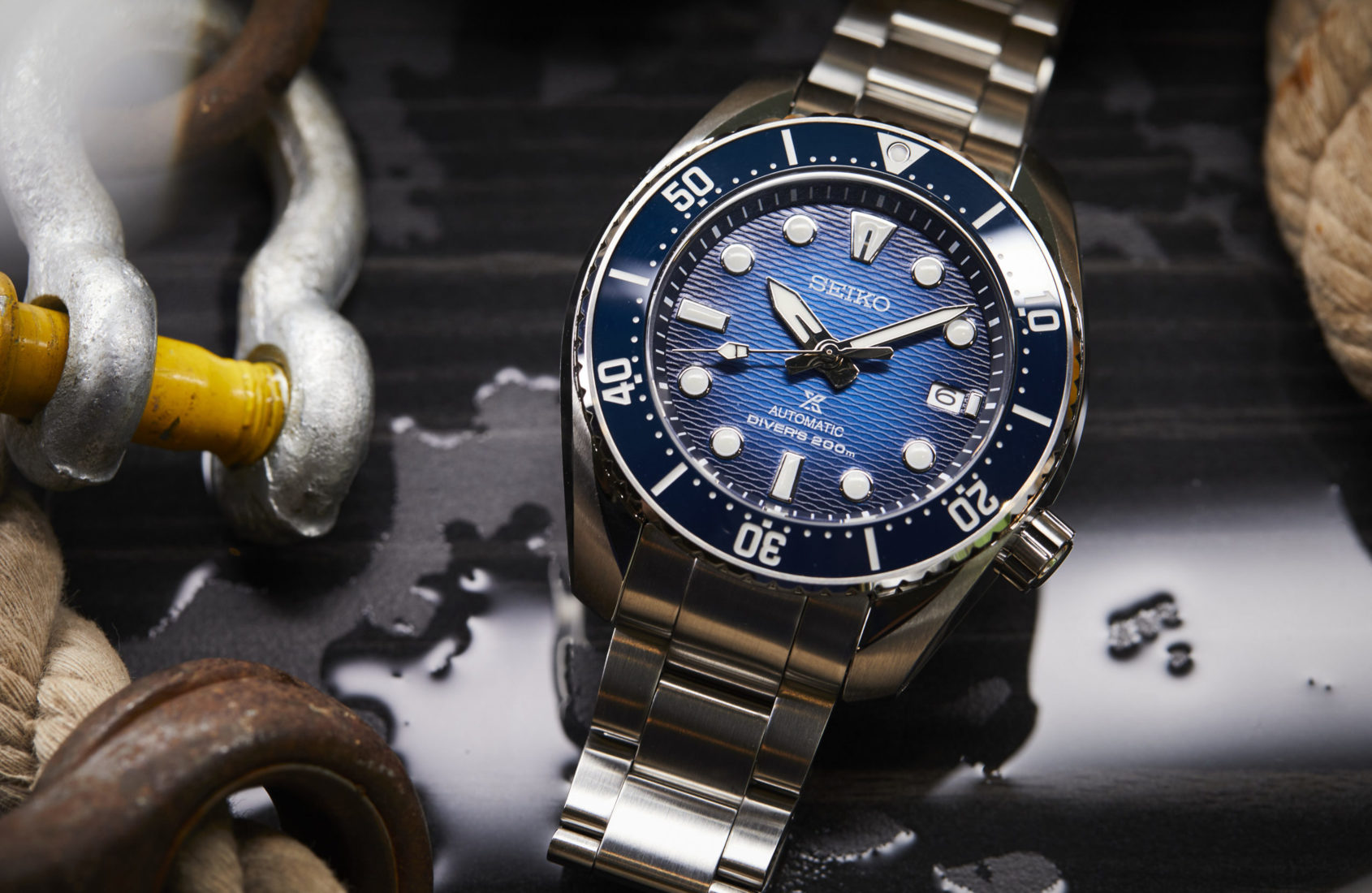 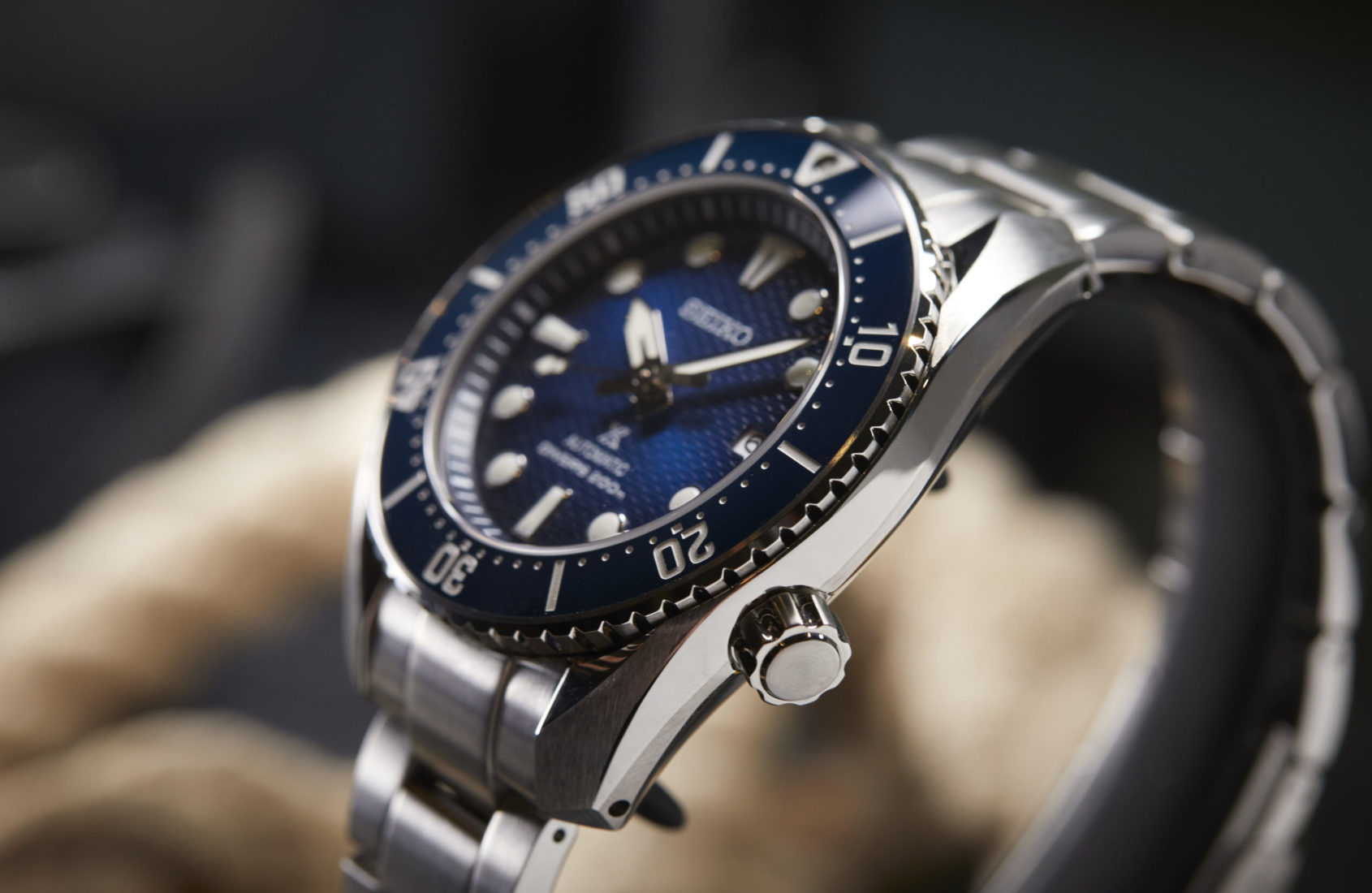 Although Seiko divers have a reputation for wearing more comfortably than their diameter may suggest, the nickname Sumo didn’t sprout up by coincidence. This is a large watch with a large personality, measuring a whopping 45mm in diameter and 52mm lug-to-lug, meaning that you’re going to need either the wrists to pull it off or a devil-may-care attitude if you want to tackle the Seiko King Sumo. It does carry its size well though, with a 12.9mm thickness that isn’t too bulky and sloping lugs that conform nicely to wrists. 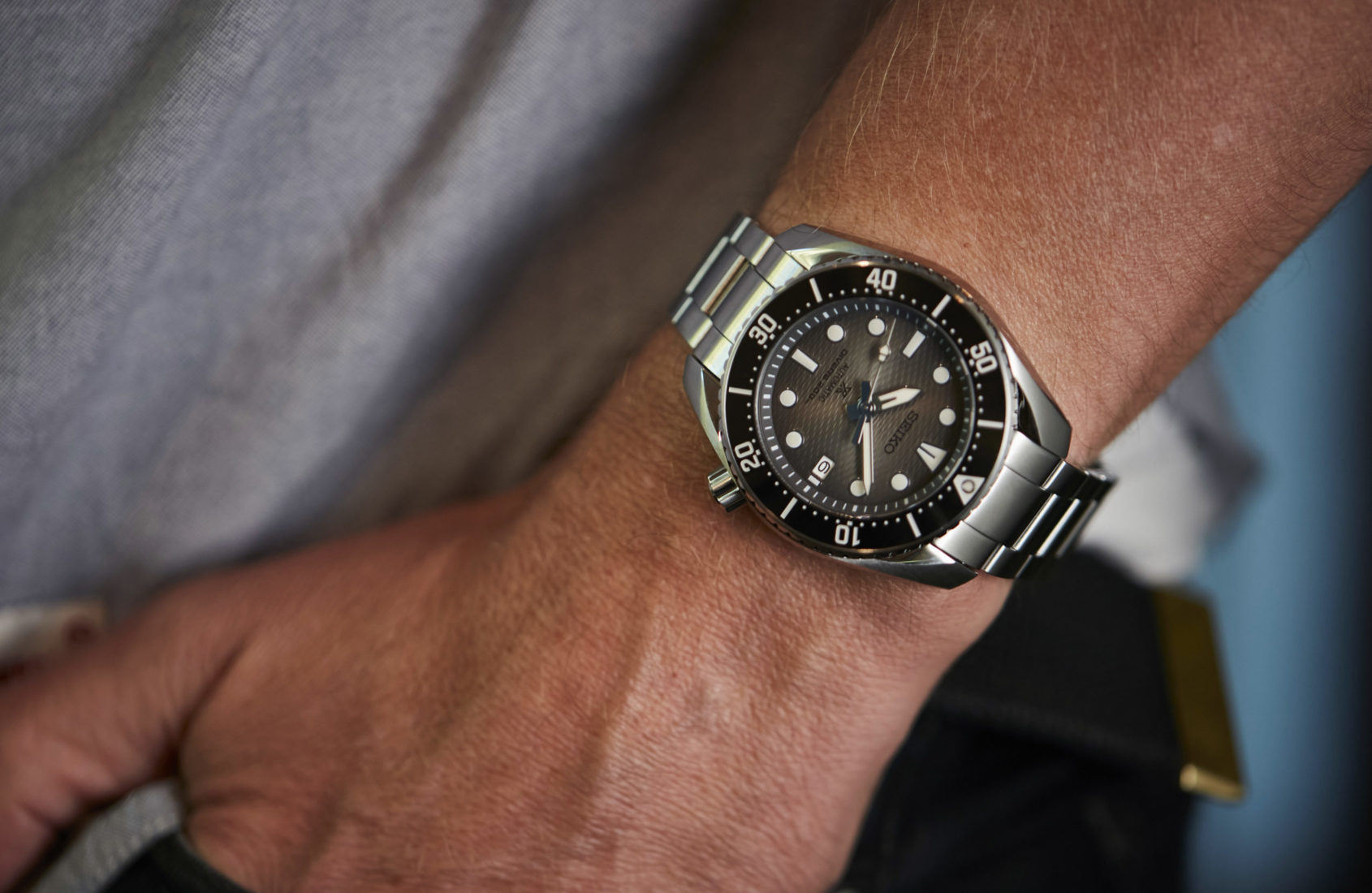 The Seiko King Sumo’s case finishing is rewarding to pore over, with neat, fine brushing across the smooth contour that runs all the way around the lugs and case sides. The internal bevels and other side details are polished, giving a refinement that helps to balance out the detail on the dial. Unfortunately the crown at 4 o’clock is not signed, which is surprising at this price point, however the lugs are drilled should you wish to experiment with aftermarket straps. 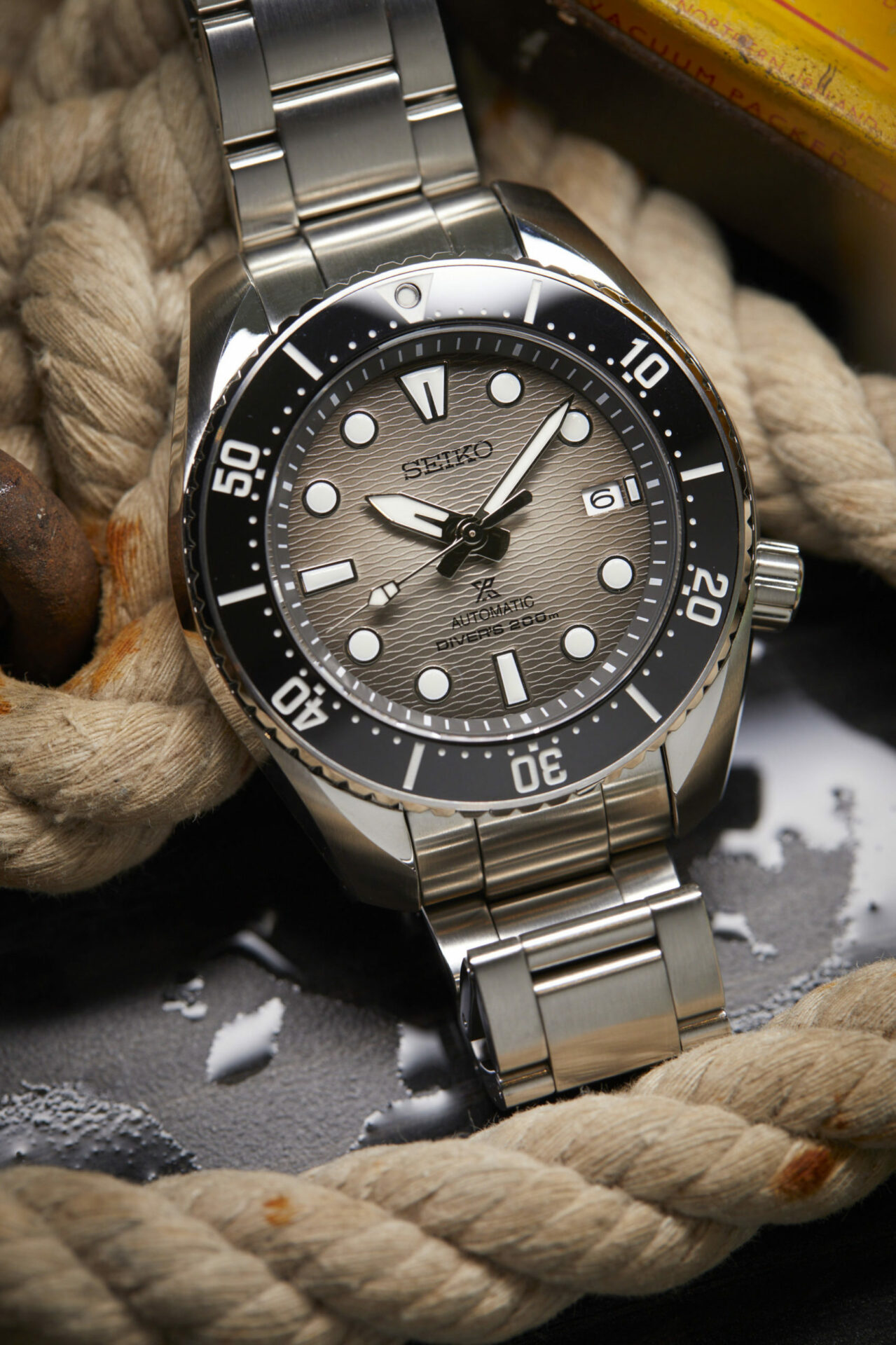 The dials of the Seiko King Sumo don’t depart far from the original reference SBDC031, but they’re a lot more refined in pretty much every way. The sharp yet chunky hand set is made even sharper, with thinner outlines and more room for the Lumibrite paint to glow with pride. The coffin-shaped tip to the seconds hand remains, and the trapezoidal hour markers on the quarters are also slimmed down and elongated a bit to hone in their aggression. The Arabic numerals on the bezel remain bold, although they’re not as thick as they used to be. The bezel insert is worth noting too, as all of the new Seiko King Sumo models come with scratch-resistant ceramic. 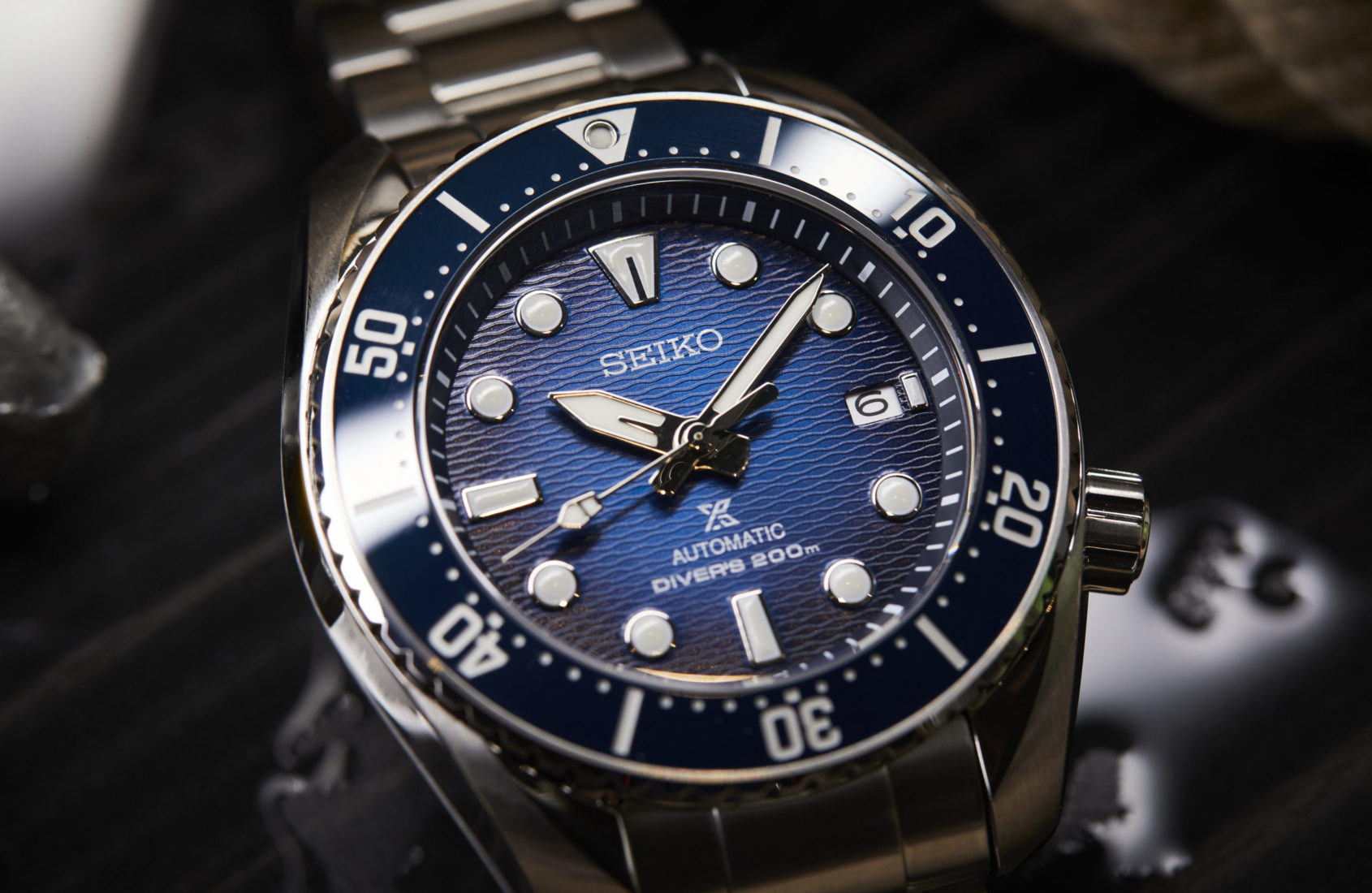 There are three references within the new Seiko King Sumo collection, with two that feature a new dial pattern and one PADI edition. The SPB325J is the PADI version that features the famous diving association’s logo on the dial, and has a sophisticated black colour scheme with electric blue highlights on the bezel and minute hand. The SPB321J and SPB323J are smoky displays in deep blue and a dusty taupe respectively, with a subtle fumé gradient that mimics the effect of sunburst brushing well. The new texture is an interesting double-wave pattern of lines that ebb in and out of phase, evoking both the ripples of sand on the sea floor as well as the caustic light effect of overhead waves. 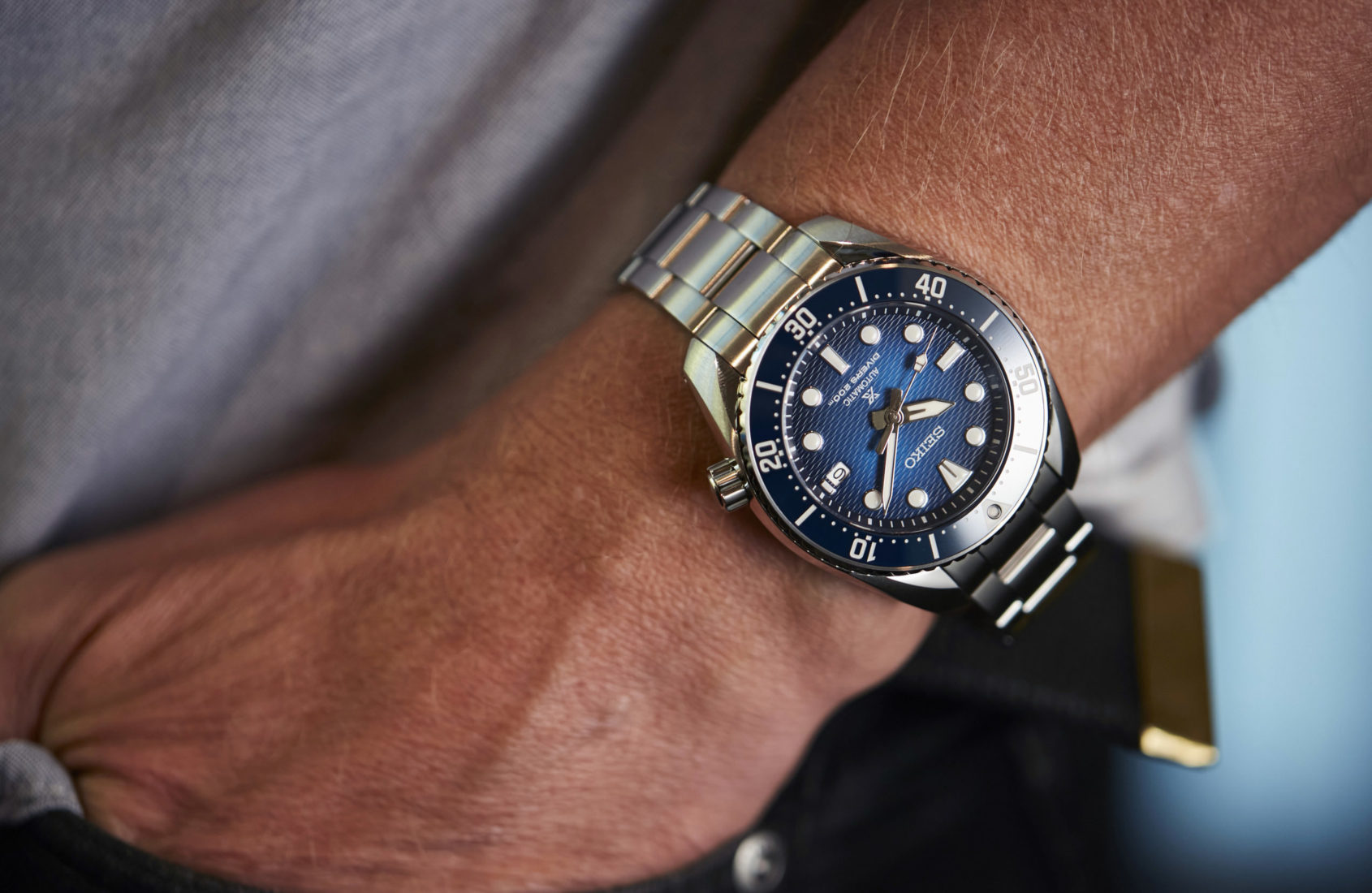 All three of the Seiko King Sumo collection are equipped with the relatively new calibre 6R35 that debuted with the Presage series in 2019, billed as a high-performance counterpart to the 6R15 and a much-wanted improvement upon the 4R35. Although from the outside you may not notice much difference with the 21,600 vibration per hour beat rate and the regular time-and-date displays, the 70-hour power reserve is a hugely welcomed upgrade to the automatic movement. In addition to this, it also now features magnetic resistance up to 60 gauss, which is plentiful when dealing with the common magnetic fields we’re exposed to in modern life such as smartphones and laptops.

The Seiko King Sumo watches are now available for pre-order from Seiko boutiques with despatch beginning in September or October this year. Price: $1,650 AUD (PADI on rubber), $1,900 AUD (King Sumo on steel bracelet)