Some of the coolest and cultiest of vintage Seiko watches are their calibre 5719 monopusher chronographs, released to coincide with the Tokyo Olympics of 1964 (an event for which Seiko were the official timekeepers btw). These watches didn’t look much like a chronograph, with only a single seconds hand and a bidirectional bezel to track elapsed time. They were also (like all chronographs before 1969), manually wound affairs. And while they might have lacked the sort of bells and whistles we expect from a sporty chronograph today, you can’t deny that these angular pieces, with reserved ’60s good looks oozed style. 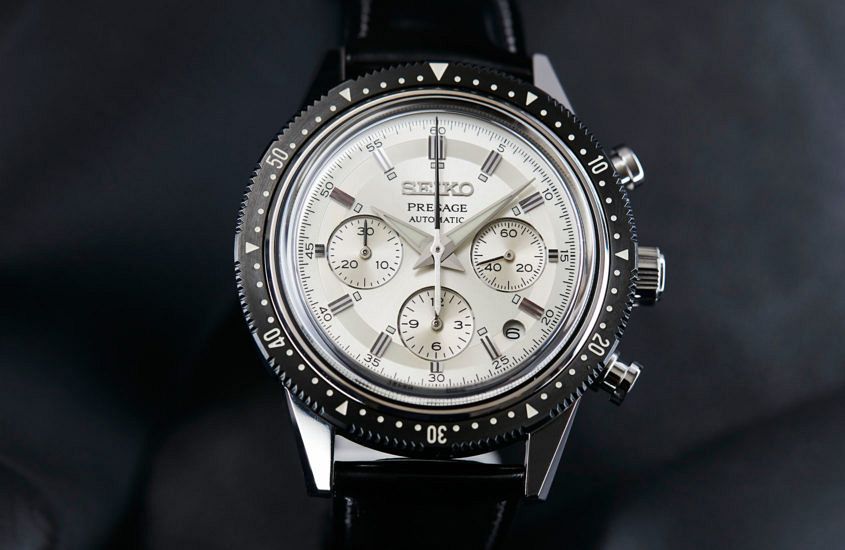 Well, that was 55 years ago and Seiko has decided that the time is right for a reissue. Which brings us to the SRQ031J, which preserves the old-school charm of the original but adds in some of that modern functionality we expect in 2019. 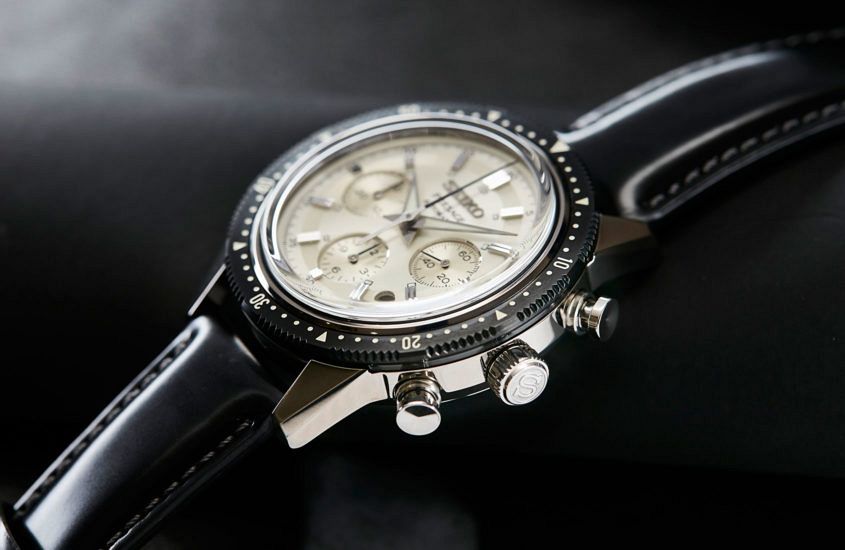 The Seiko Anniversary Chronograph 55th Anniversary SRQ031J (to give it its full name) is a large, fully specced automatic, limited to 1000 pieces. And for all that it’s larger than the OG version, it does a very good job of evoking its spirit. The silver dial is shimmery in the light under the sapphire crystal, thanks to a complex construction that includes a subtle sunray, as well as radial concentric graining and snailed registers. The hands are in the same dagger-style as the original: broad, classic and filled with lume. There’s a deeply set date aperture at four, which is something I suspect many people could do without, but there’s no denying its utility. The applied hour markers are nicely finished, faceted and (as is Seiko’s style) highly reflective. The real standout for me, though, is the contrast afforded between the crisp white dial and the bidirectional black bezel. It’s a distinctive look and the choice of a black cordovan strap with contrasting white stitching is, in my mind, a smart one. 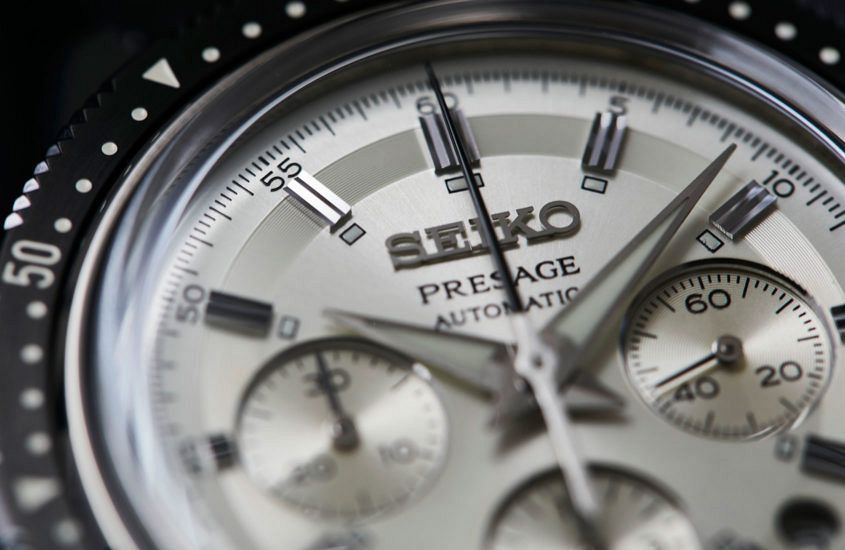 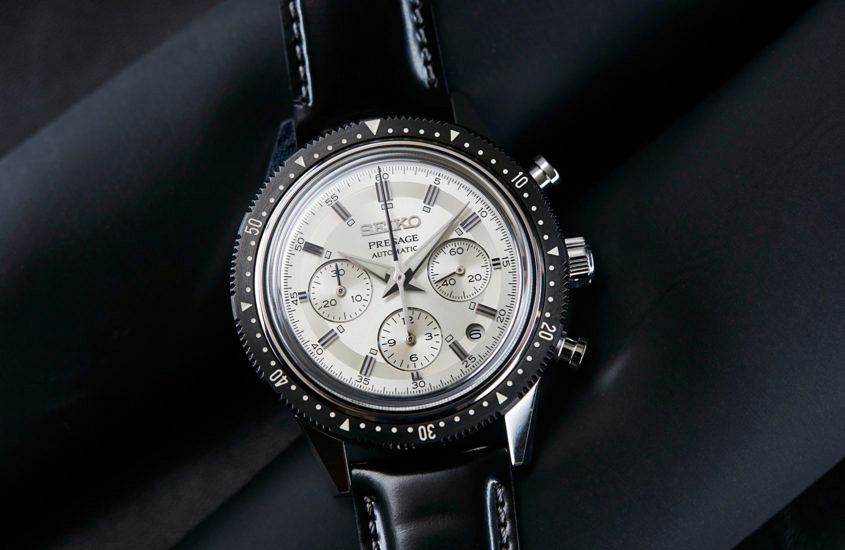 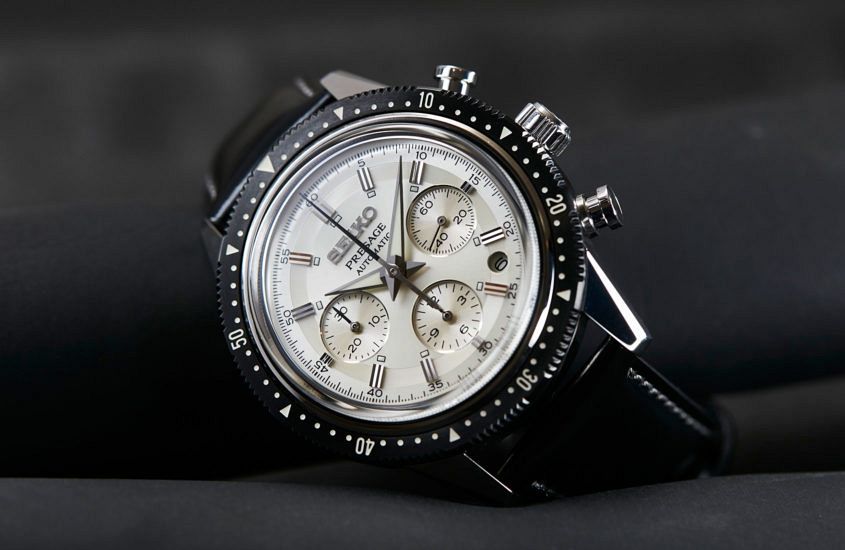 Through the clear caseback of this 100m rated watch you can get a good look at the 8R48A movement, a 12-hour chronograph with column wheel and vertical clutch, and a power reserve of around 45 hours. The case, measuring 42.3mm across and 15.3mm tall, is in stainless steel, which has been treated with a super-hard coating. 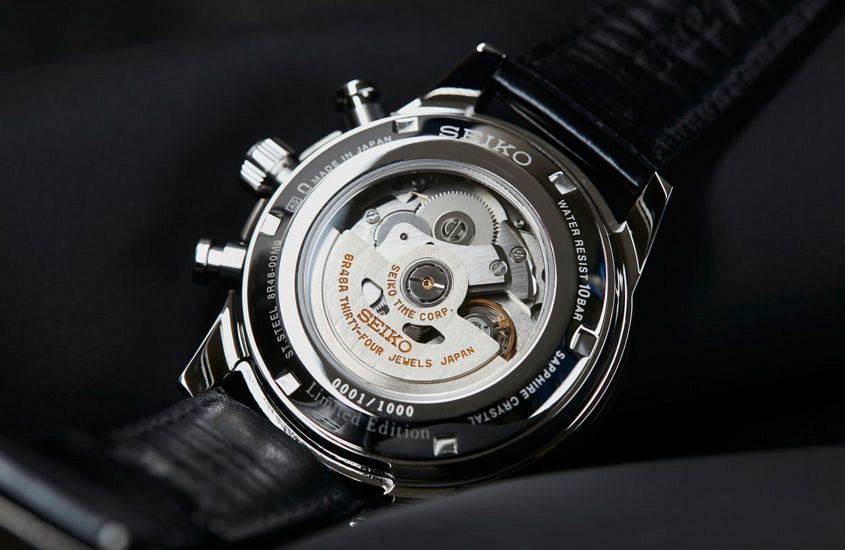 The SRQ031J is a fitting tribute to an important watch, and one that will, I suspect, be in hot demand. 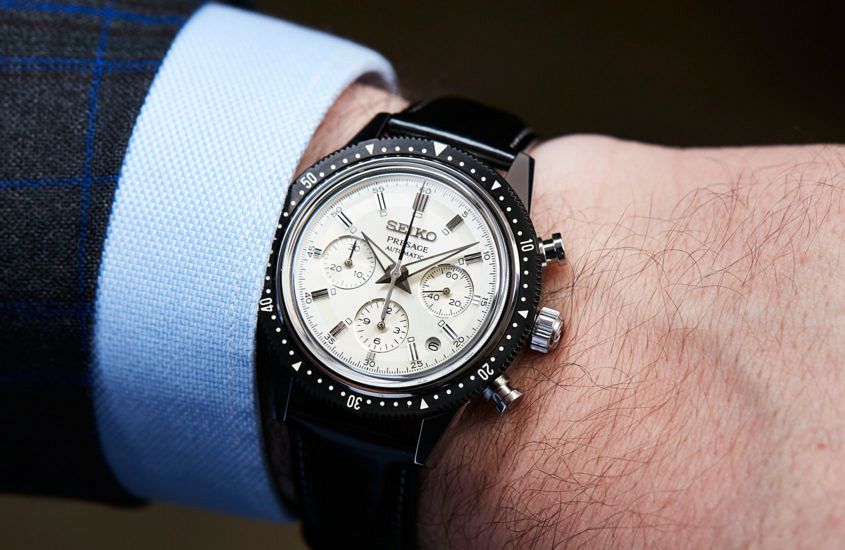 Time+Tide is receiving a small allocation of this model for sale. Delivery will be in December. To register your interest, please contact luke@timeandtidewatches.com