One of the more surprising releases to come from this year’s SIHH was a limited edition piece from Piaget, the kings of thin. To celebrate the 40th anniversary of their first in-house quartz movement, Piaget announced the Emperador Coussin XL 700P, featuring an unusual hybrid of quartz accuracy and mechanical engineering. 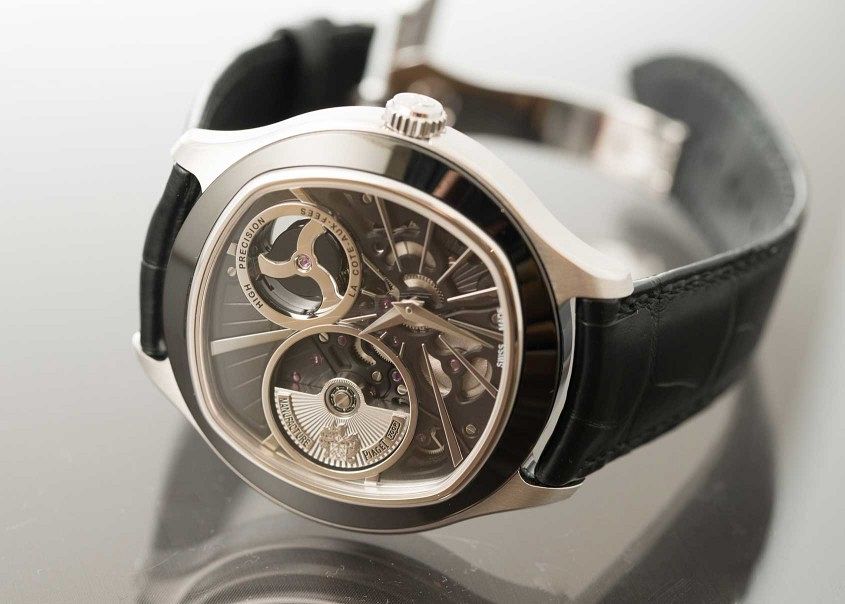 To understand this watch, you have to understand its history. In 1976 Piaget announced the 7P calibre, a thin quartz movement intended to directly challenge the cumbersome Beta 21 quartz mechanism the company helped develop in 1969 with 19 other Swiss manufacturers. Quartz was the exciting new technology of the time, and Piaget was keen to be at the very forefront of the market. Unfortunately, the popularity of the Swiss quartz movement waned quickly, with the Japanese developing cheaper, more efficient battery powered quartz technology in earnest. Over the years there have been a number of Swiss and Japanese manufacturers pushing ‘automatic quartz’ movements, with moderate success. Without doubt the most well regarded would be the Seiko Spring Drive movements, which at a technical level at least, bear a lot of similarities to Piaget’s latest. 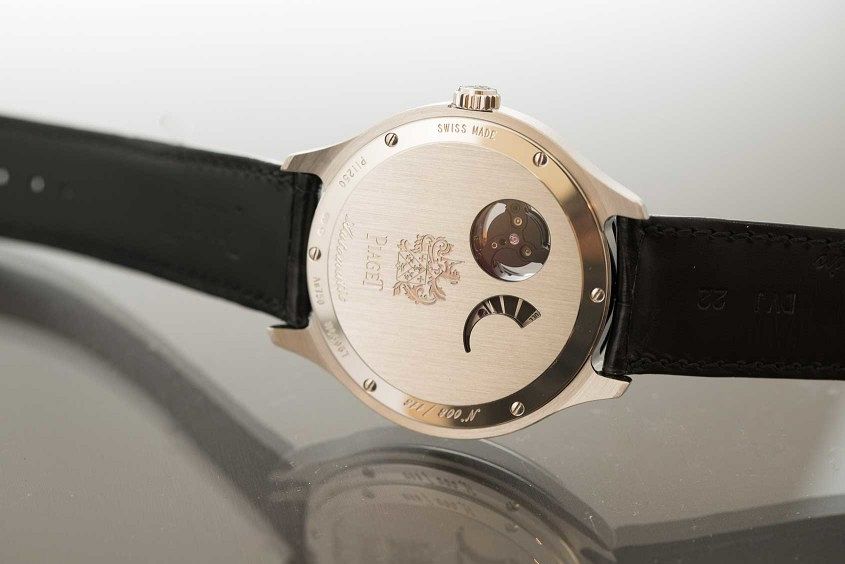 The XL 700P seems to be reintroducing the idea of a high-end Swiss quartz to the market by flipping the concept it on its head. Or, more accurately, back to front. Rather than using a battery, the watch is powered by a guilloche micro-rotor built into the dial that’s connected to a generator (proudly on display at one o’clock) and regulator with a 42-hour reserve (with its indicator displayed on the caseback). It’s a bold and curious concept, and one that’s sure to pique the interest of collectors, particularly given that only 118 are being produced. But technical intricacies aside, it’s the design of this Piaget that is most striking. 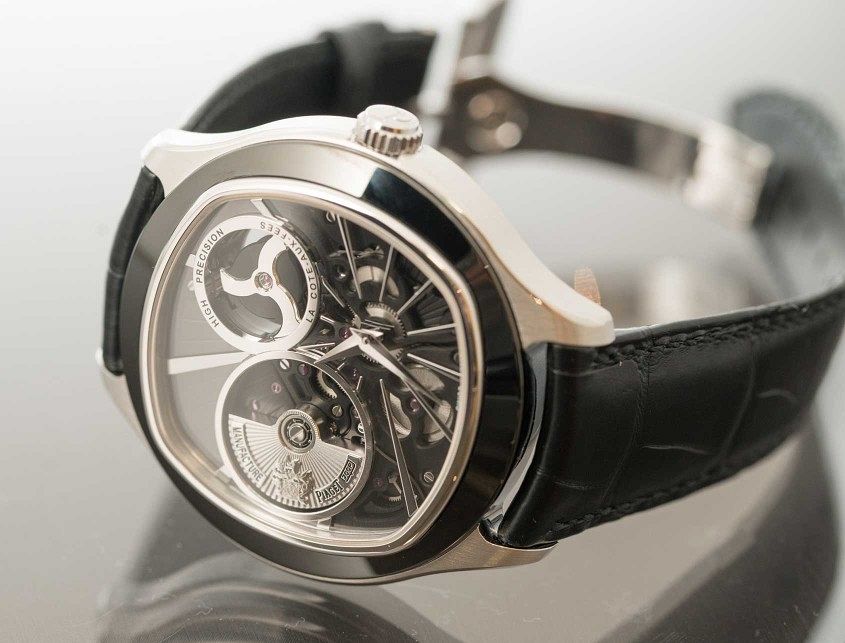 The XL 700P is based on Piaget’s Emperador Coussin G0A38040 tourbillon, a deeply attractive watch that blends modernity and classicism in a 46.5mm 18k white gold case with a black ADLC-coated bezel. The black and silver of the dial contrast beautifully, dotted with subtle purple jewels, and play off well against the black alligator strap and white gold clasp.

It’s a daring play from the luxury Swiss watchmaker, but one that has earned them a lot of attention, and one that leaves us wondering if we’ll see more quartz hybrids from Piaget in the years to come.