There is a lot to be said for a simple chronograph. Something clear, easy to read and a pleasure to look at. You don’t always want to strap a large, bulky watch to your wrist. One with more information on the dial than you will ever use, and with at least half the displays doing god knows what. Longines has spotted this gap in the chronograph game, and has capitalised on it with their latest addition to the Heritage collection, the Longines Heritage Classic Chronograph 1946. 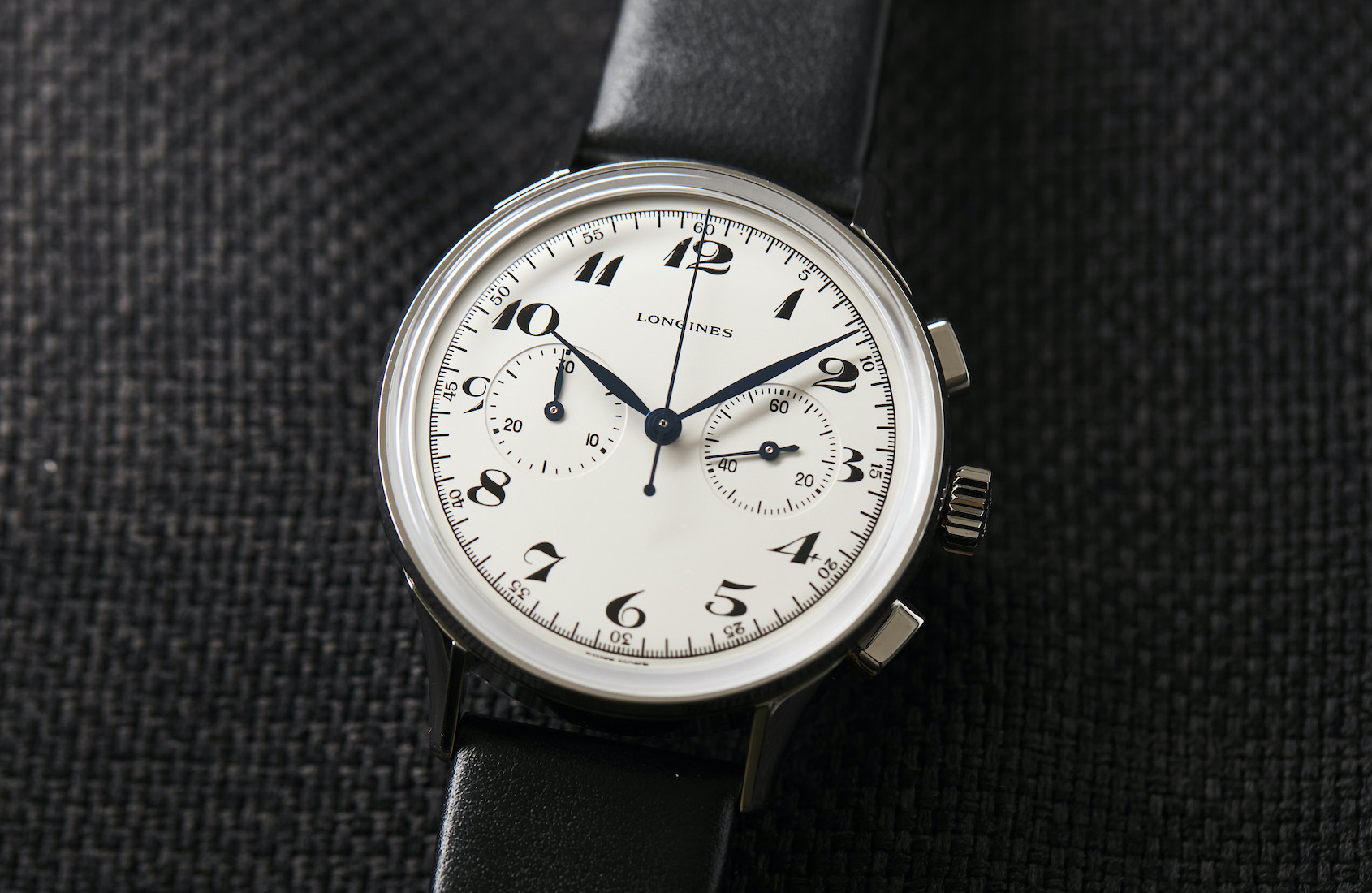 We first took a look at this watch a couple of months ago, but recently got to spend more quality time with it and get a better understanding of what it offers in a crowded market. The first thing to note — and arguably the core of the impression you get with it on the wrist — is the cleanly executed design of the watch. 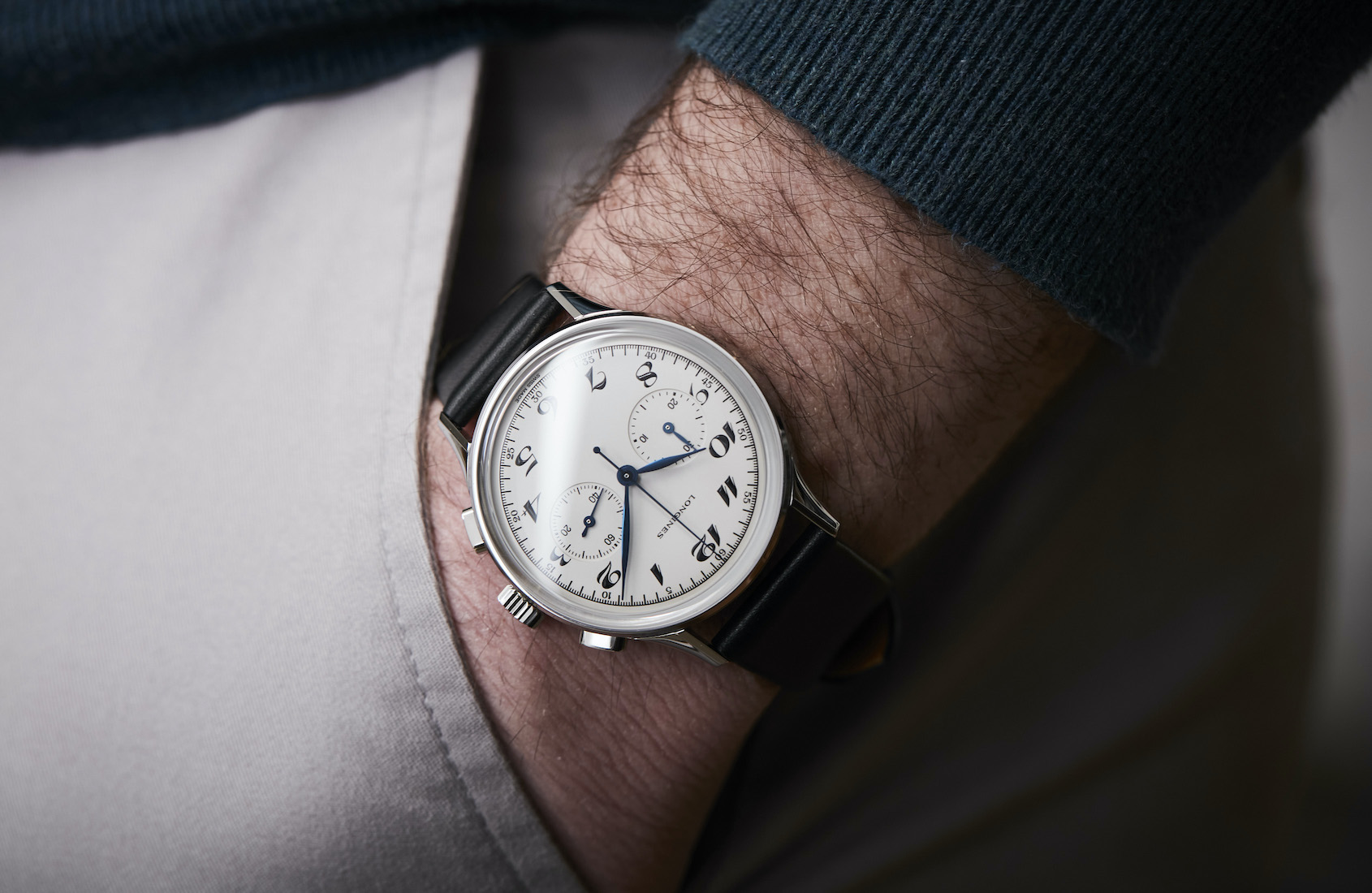 The highly stylised Breguet numerals in raised and perfectly applied paint, the blued steel hands and the balance of the two sub-dials make for a great-looking watch, only made more attractive by how accurate it is to its inspiration. 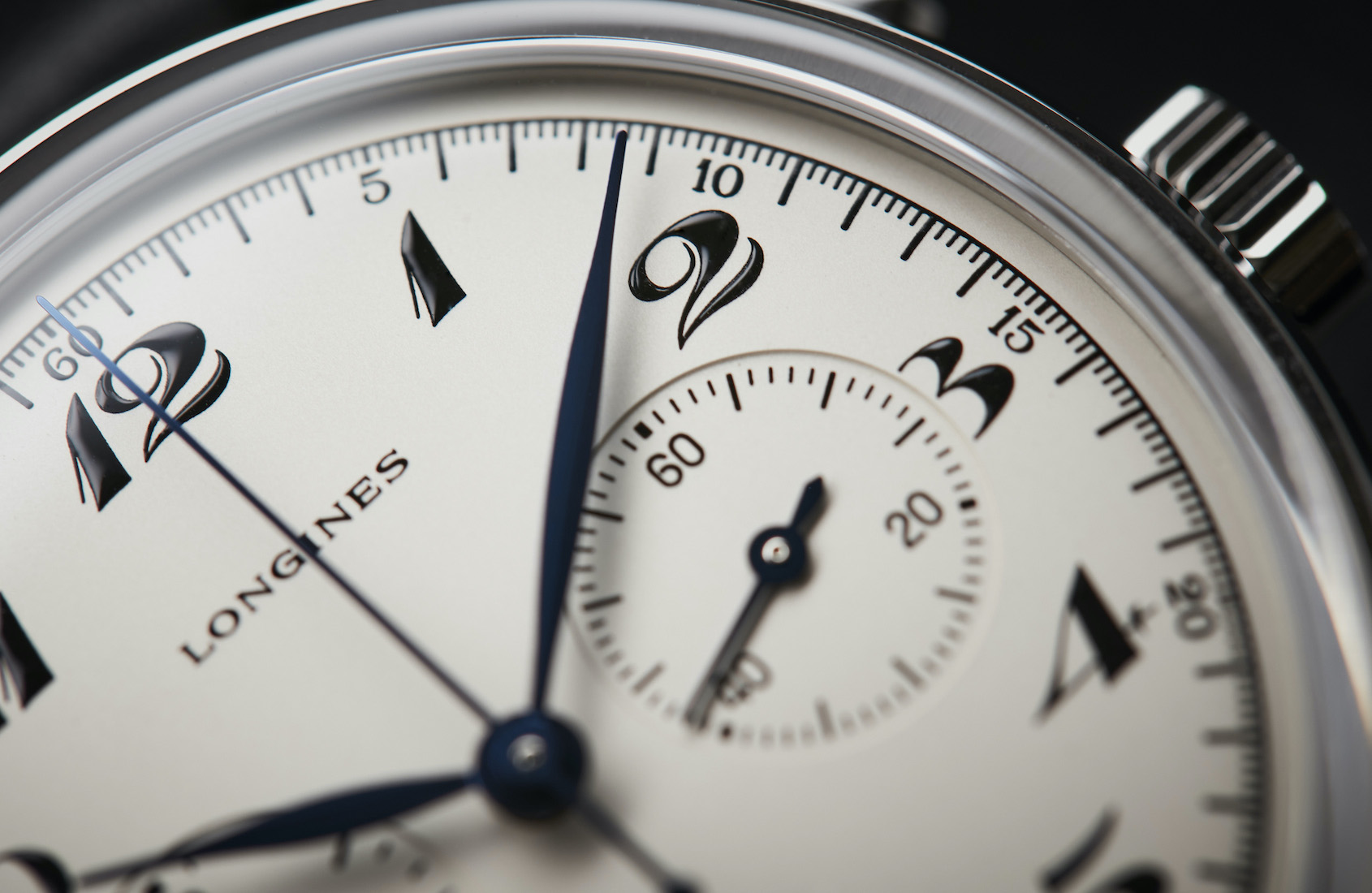 As you might have guessed, the chronograph that inspired this latest addition to the Heritage family is a Longines from the end of the Second World War, in 1946, an example of which sits in the Longines Museum in Saint-Imier. It featured the same amply curved Arabic numerals, twin registers at 3 o’clock and 9 o’clock and oval pushers. In both watches, the 3 and 9 markers are cut away by the sub-dials, an aesthetic feature that can irk some, but undeniably adds balance to the dials of both watches. 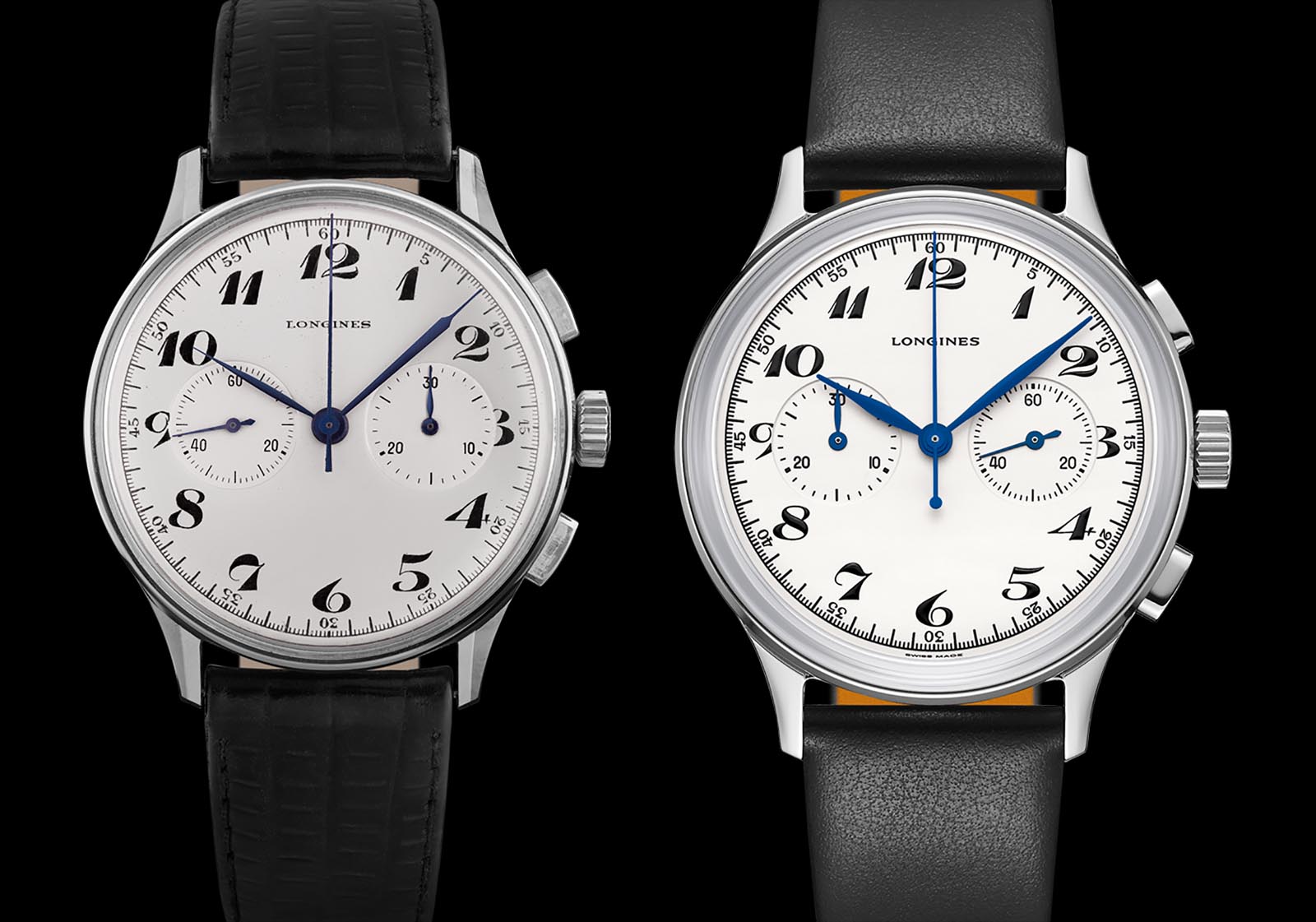 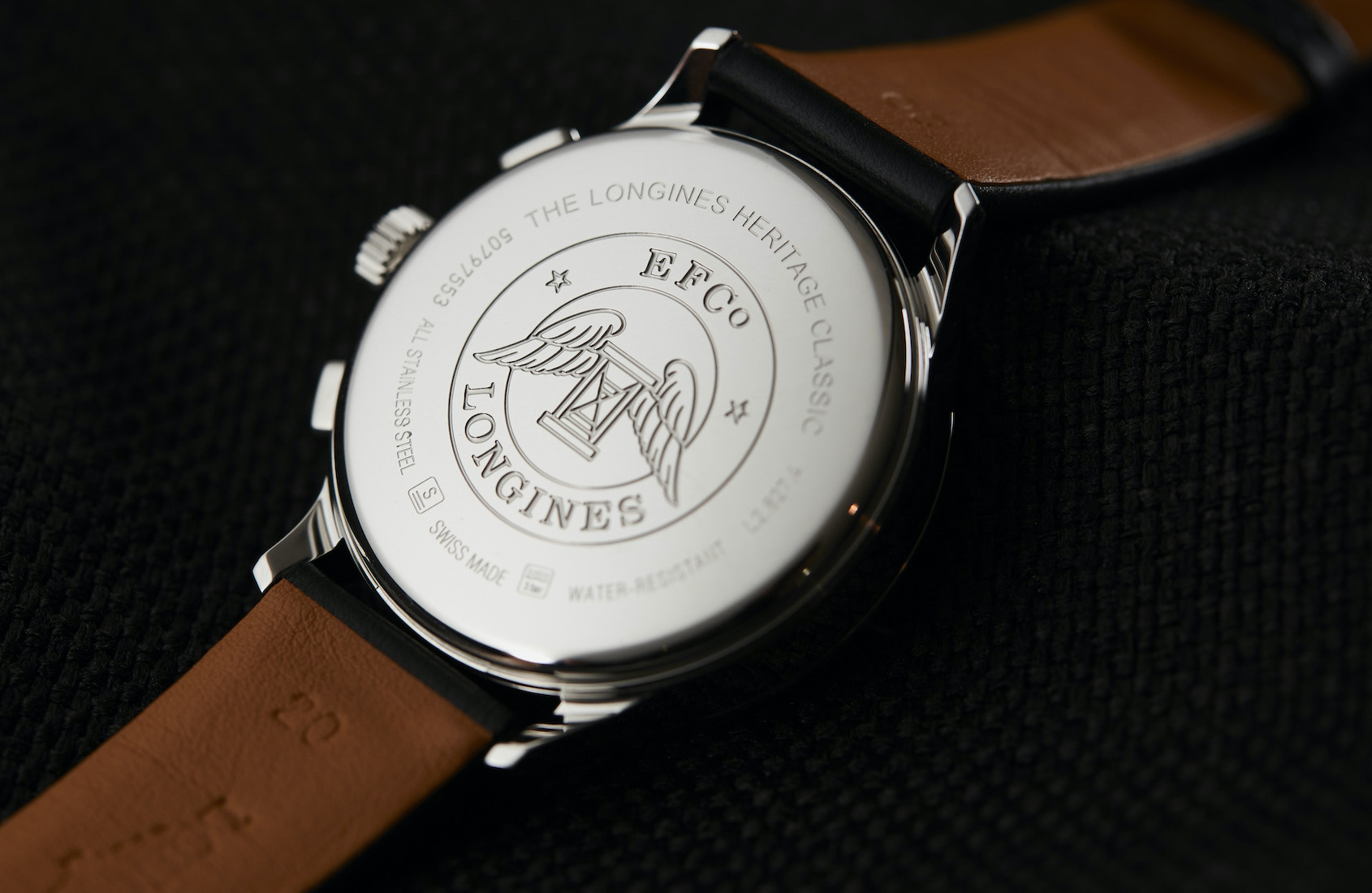 Another slight change to the design of the original is the shape of the hands. Specifically, the more prominent minute hand has been produced in a richly blued leaf shape, changed from the plume shape in the original. While only a minor difference, the hands feel more coherent in their design, and also feel more matched to the generously exaggerated numerals on the dial. 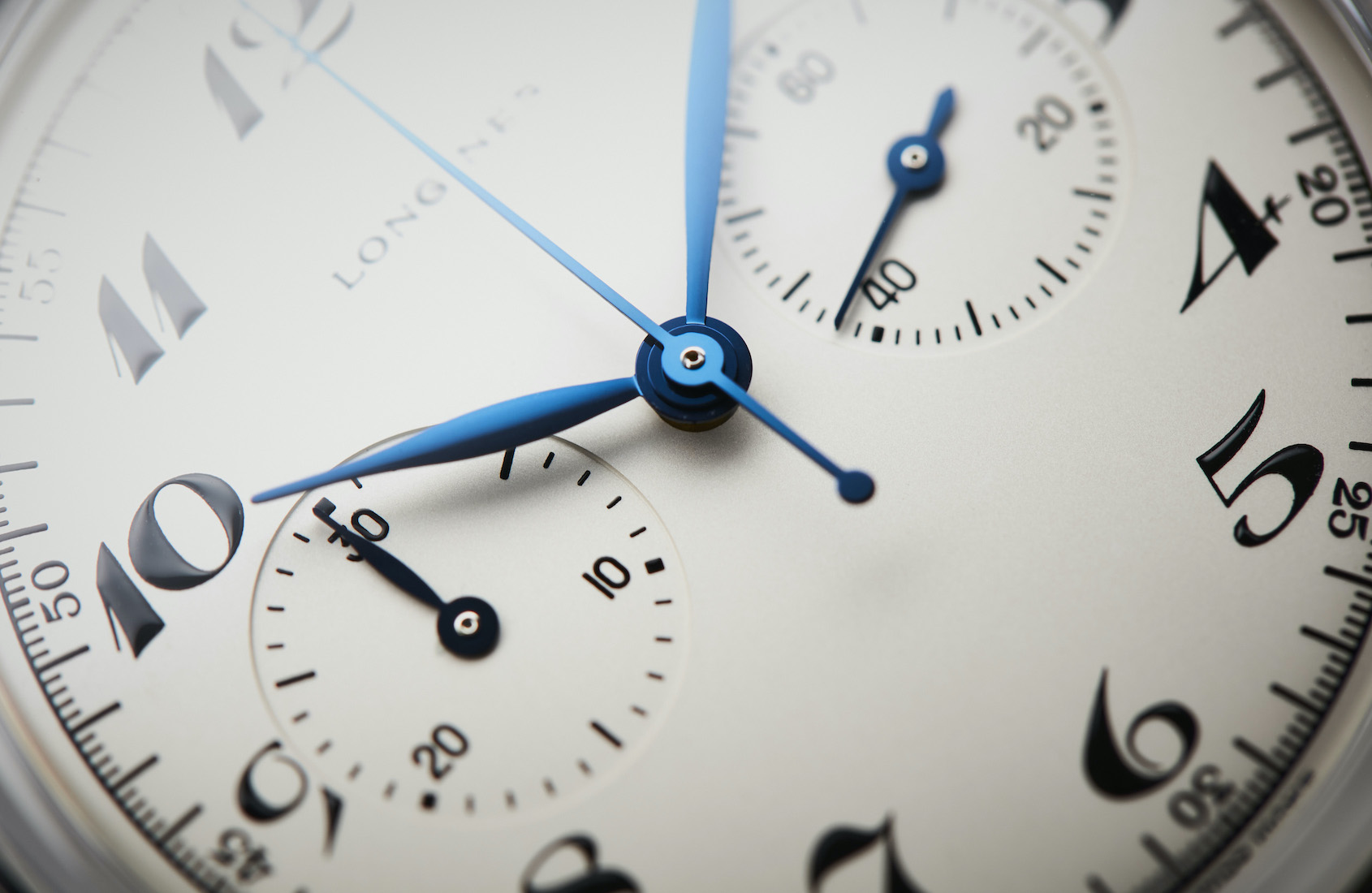 While being remarkably similar in design to its mid-century inspiration, the Longines Heritage Classic Chronograph 1946 has been beefed up slightly for modern tastes, measuring 40mm in diameter and 12mm tall. While this is no longer a petite vintage watch, it fits well on the wrist with downward sloping lugs and a supple leather strap. Covering the dial is domed sapphire crystal, which adds some visual depth, along with the slightly recessed sub-dials. The impression is of a substantial watch but not one that dominates the wrist. 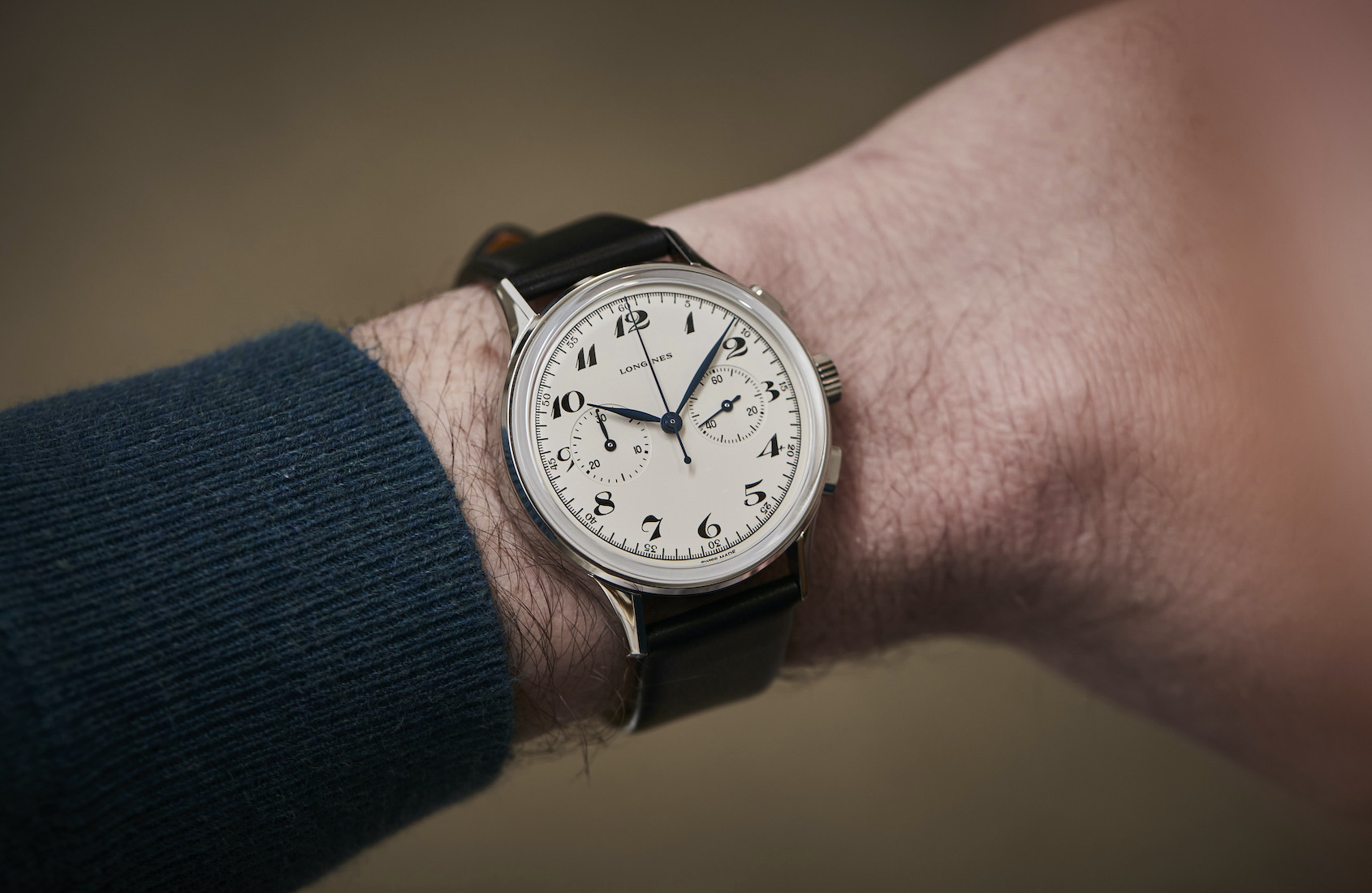 The Longines Heritage collection has been very successful in engaging watch enthusiasts with the archives of the brand, an element of the manufacturer that has been less of a focus in the past. The Longines Heritage Classic Chronograph 1946 is another example of a well-executed contemporary watch informed by the past, and done so at a price point that is very hard to argue with. We are looking forward to seeing the historical gems that Longines will bring back into the spotlight this year. 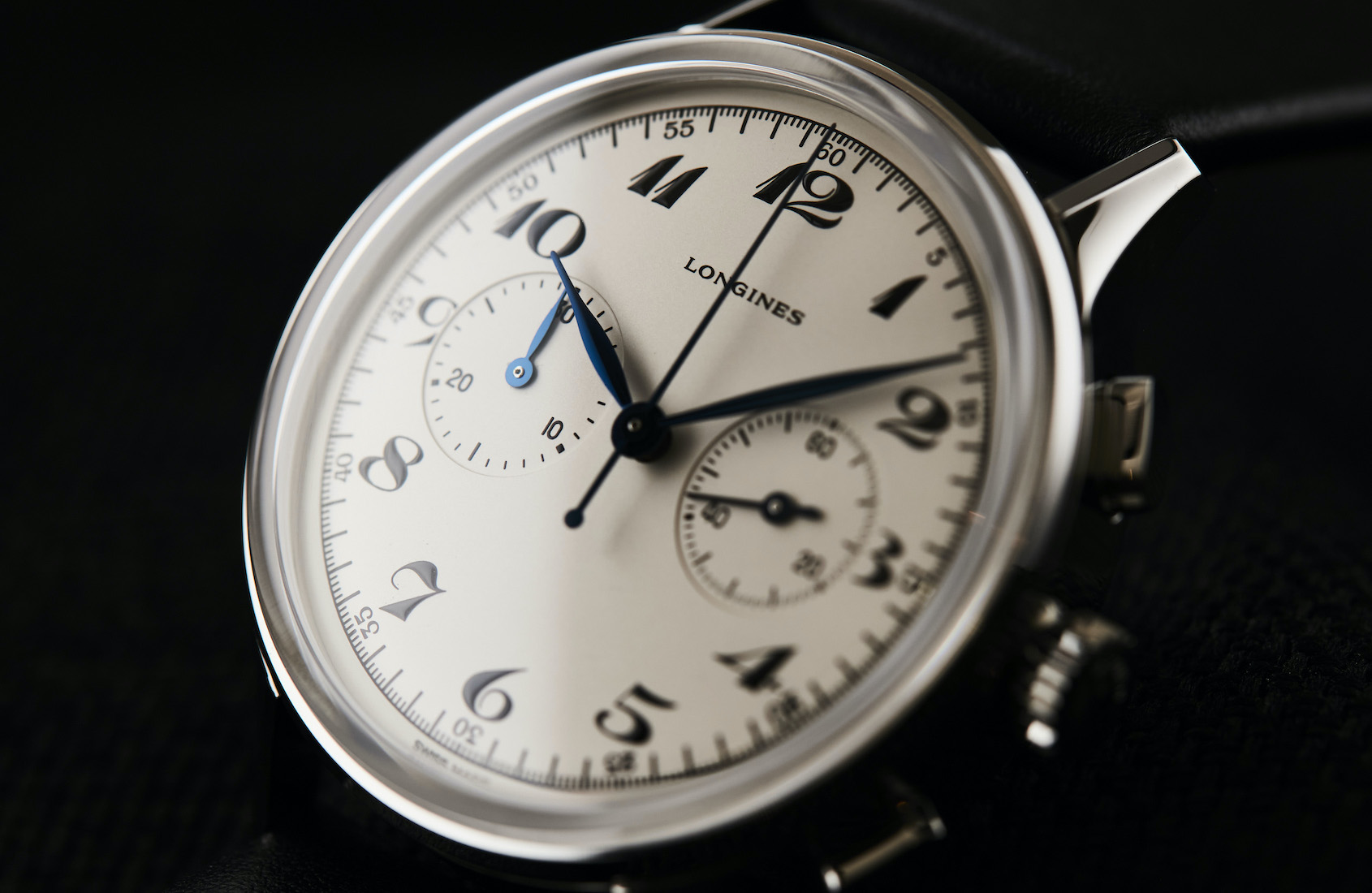 The Longines Heritage Classic Chronograph 1946 has an Australian RRP of $4425 and is available from Longines boutiques and online.

To learn more about Longines’ vast, and very interesting history, be sure to check out Andrew’s video series on YouTube shot on location at St Imier here.