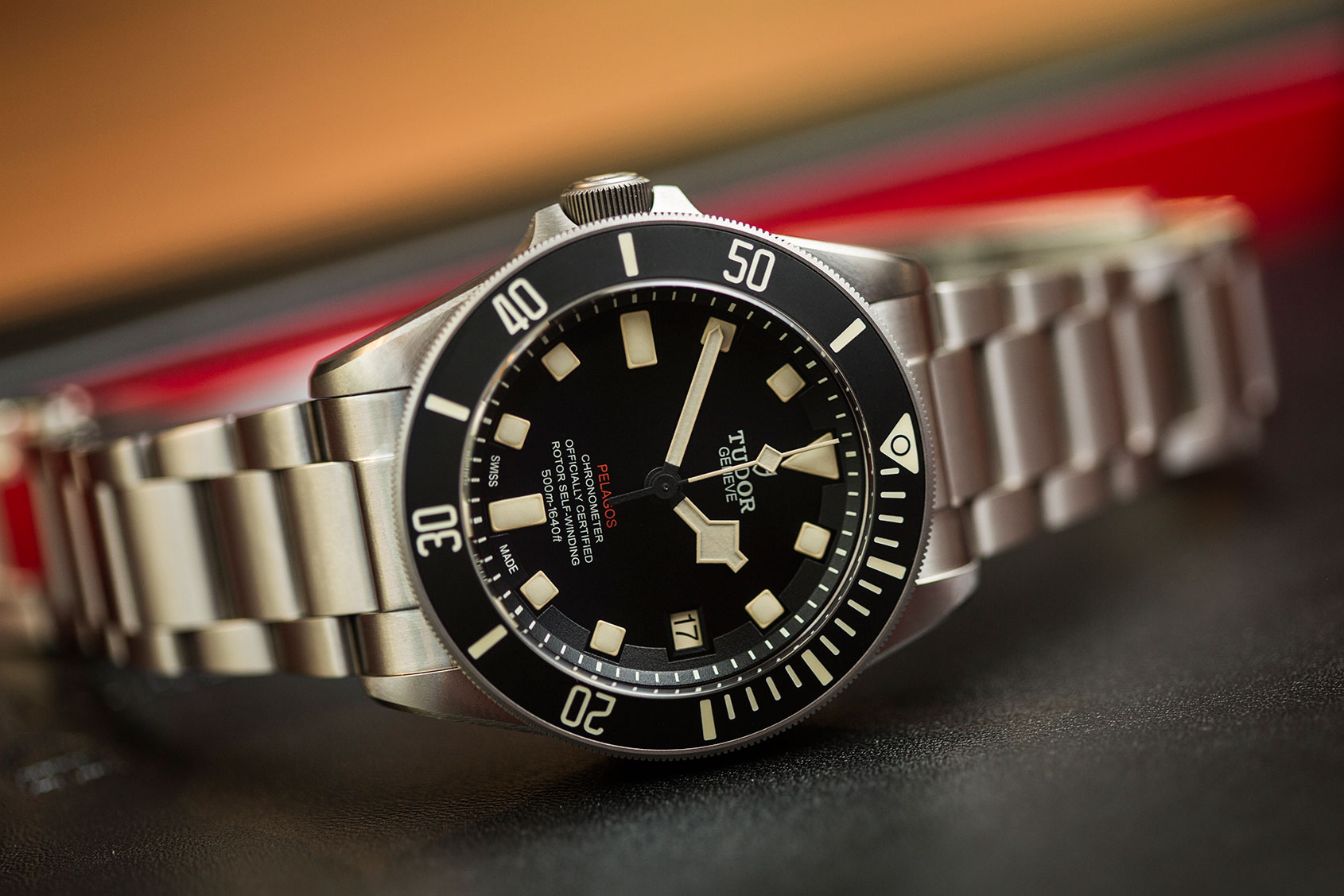 Once again, Tudor has surprised and tempted us with a brand new release just before Christmas – the Tudor Pelagos LHD. On the whole it’s the same Pelagos we know and love, with just a few tweaks – but these small changes combine to show the watch in a completely new light.

First of all, the case. It’s the same 42mm titanium case we’re used to, with one not-so-minor difference – the crown is on the left, a feature that gives the watch its left-hand drive sobriquet. The inspiration for this unusual configuration comes from the brand’s past. In the 1970s, the Tudor Submariner was the watch of choice for French Naval divers. Some of these were delivered in a left-handed format – perhaps for divers who wore the watch on their right hand, or perhaps simply so the prominent crown wouldn’t catch or dig into the wrist. 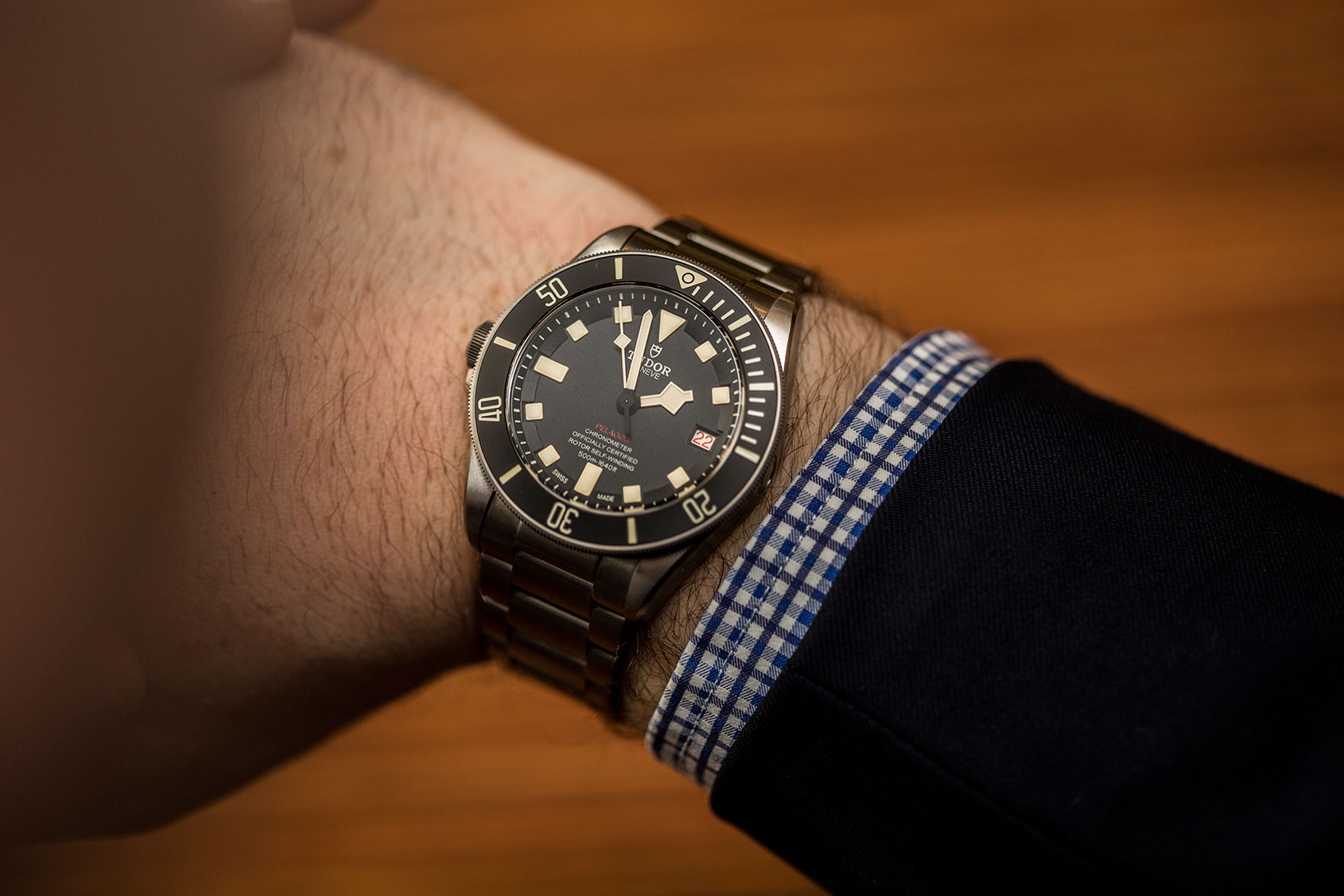 Bear in mind, of course, that just because this is intended to be worn on the right doesn’t mean you can’t wear it on your left hand – I did, and quite enjoyed the lack of interfering crown. 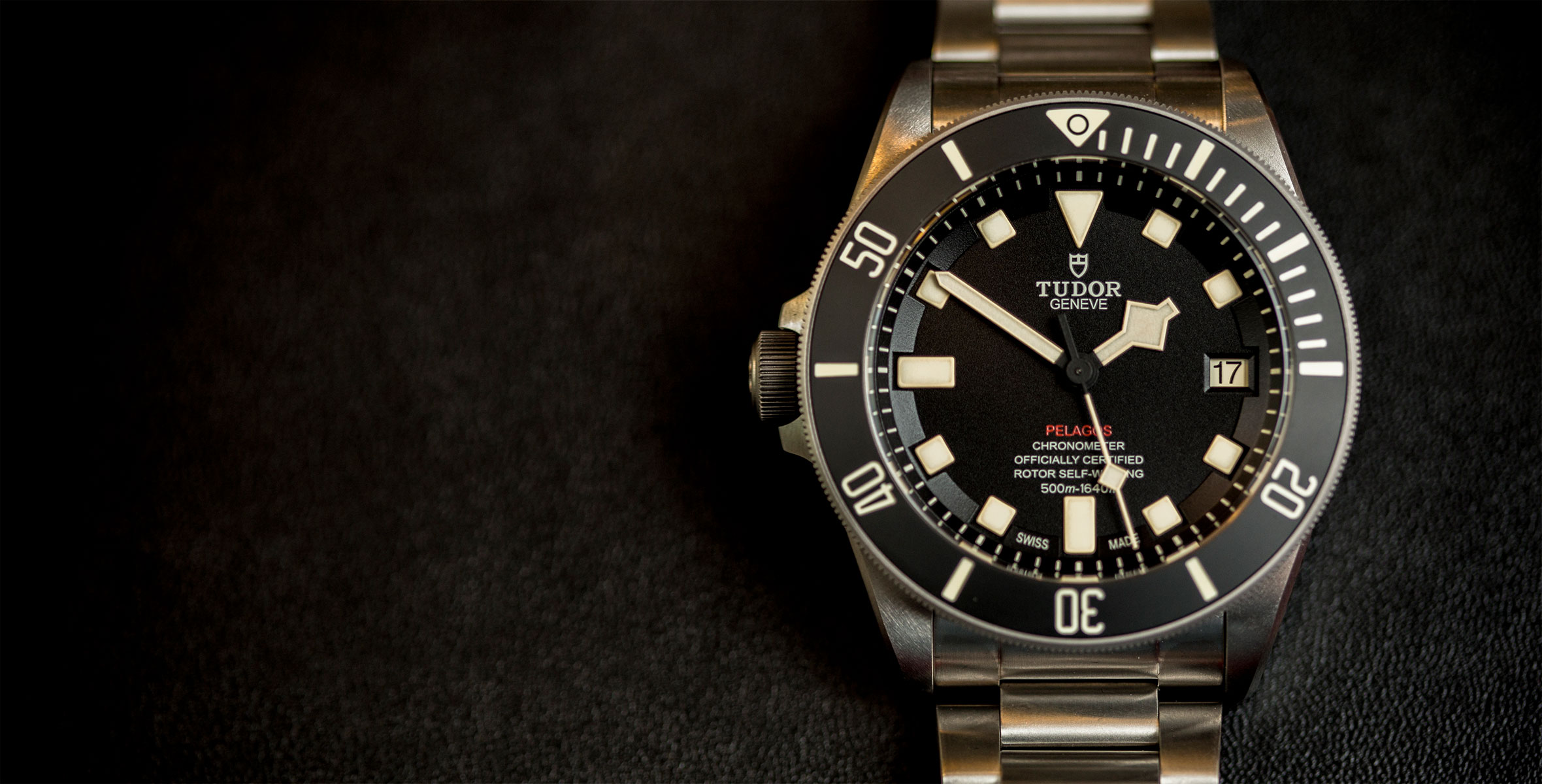 An interesting side note is that because the crown is on the left, COSC tested the MT5612-LHD movement in different positions than they would a ‘right-handed’ watch. 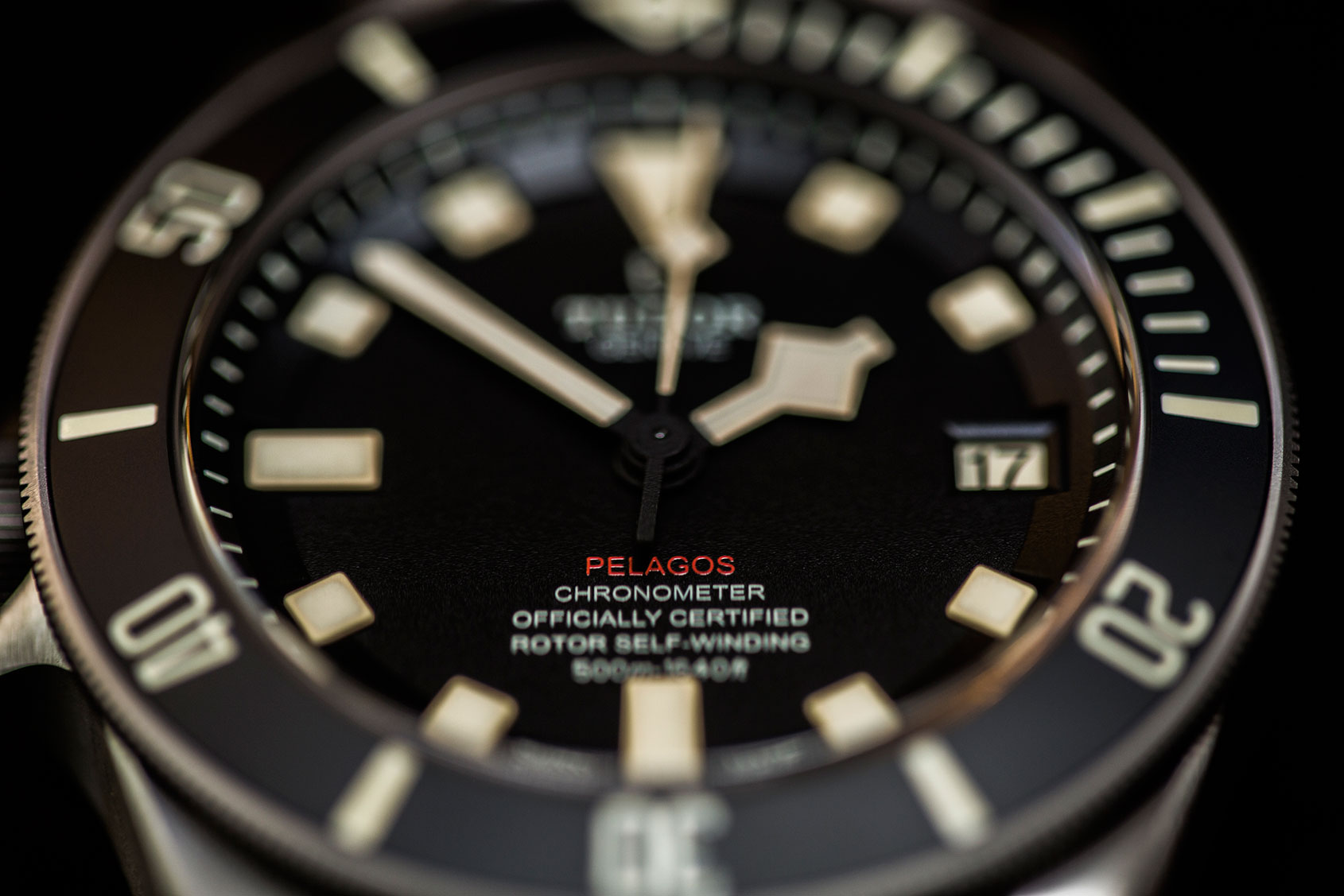 The leftie case is only one of the changes to this new Pelagos. There are several notable differences to the dial too – the ‘Pelagos’ text in red, and the date window in the roulette style, meaning the numbers alternate between black and red. 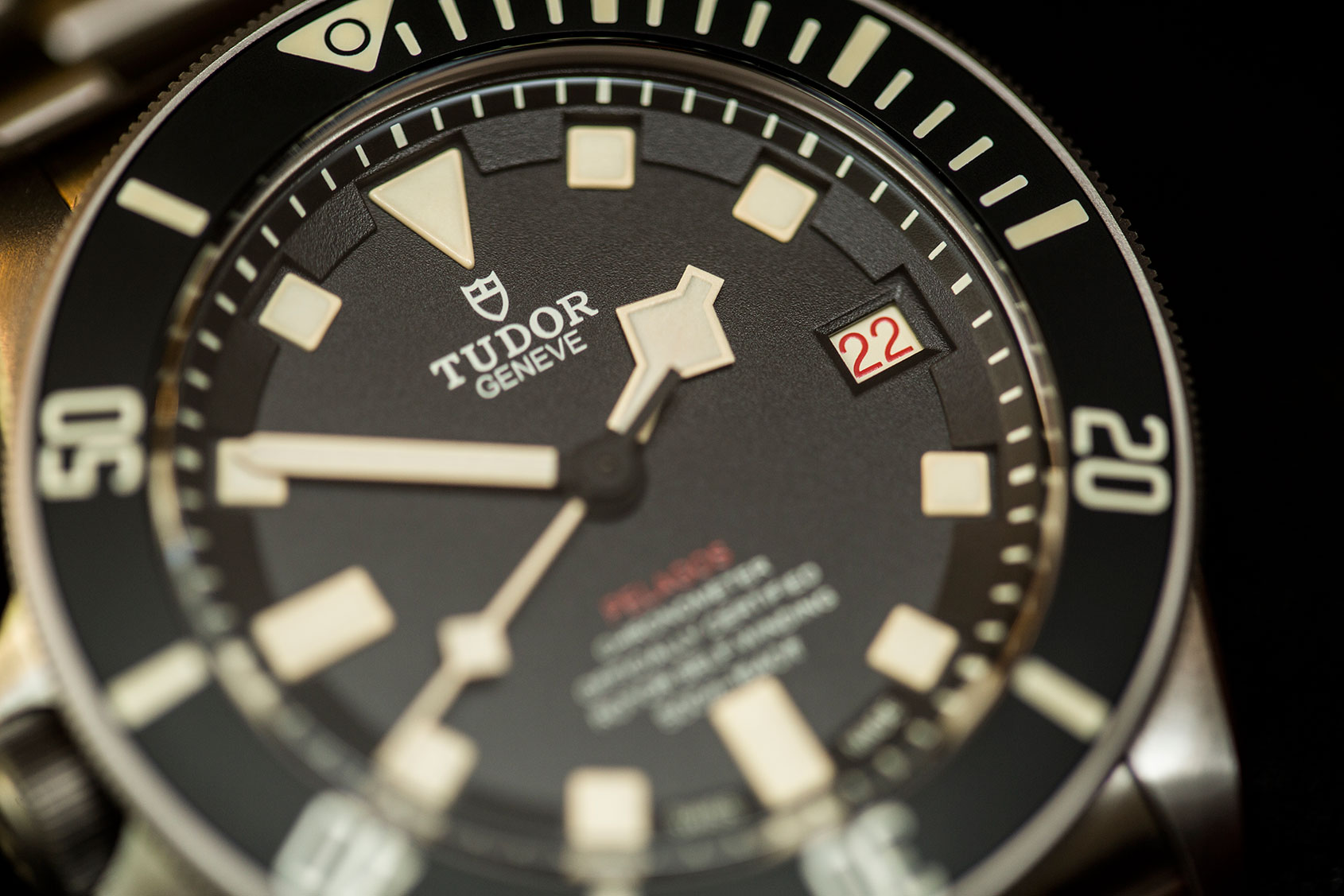 These are both nice, subtle cues for vintage watch lovers, but the real clincher is the colour of the hands, hour markers and bezel details. The press release calls it ‘beige’ but we’re not sure that does it justice; for me it’s the soft colour of a milky coffee. This is a relatively subtle change to the luminous material (which still glows a crisp blue), but it’s amazing what a difference it makes to the watch. For me, the Pelagos has always stood out of Tudor’s collections as an ultra-clean, surgically sharp tool watch, particularly when compared to the warm tones and vintage hues of the Black Bay family. What the LHD does (brilliantly, I might add) is bring some of this warmth to the super-technical Pelagos, adding a little heart to its otherwise clinical design. 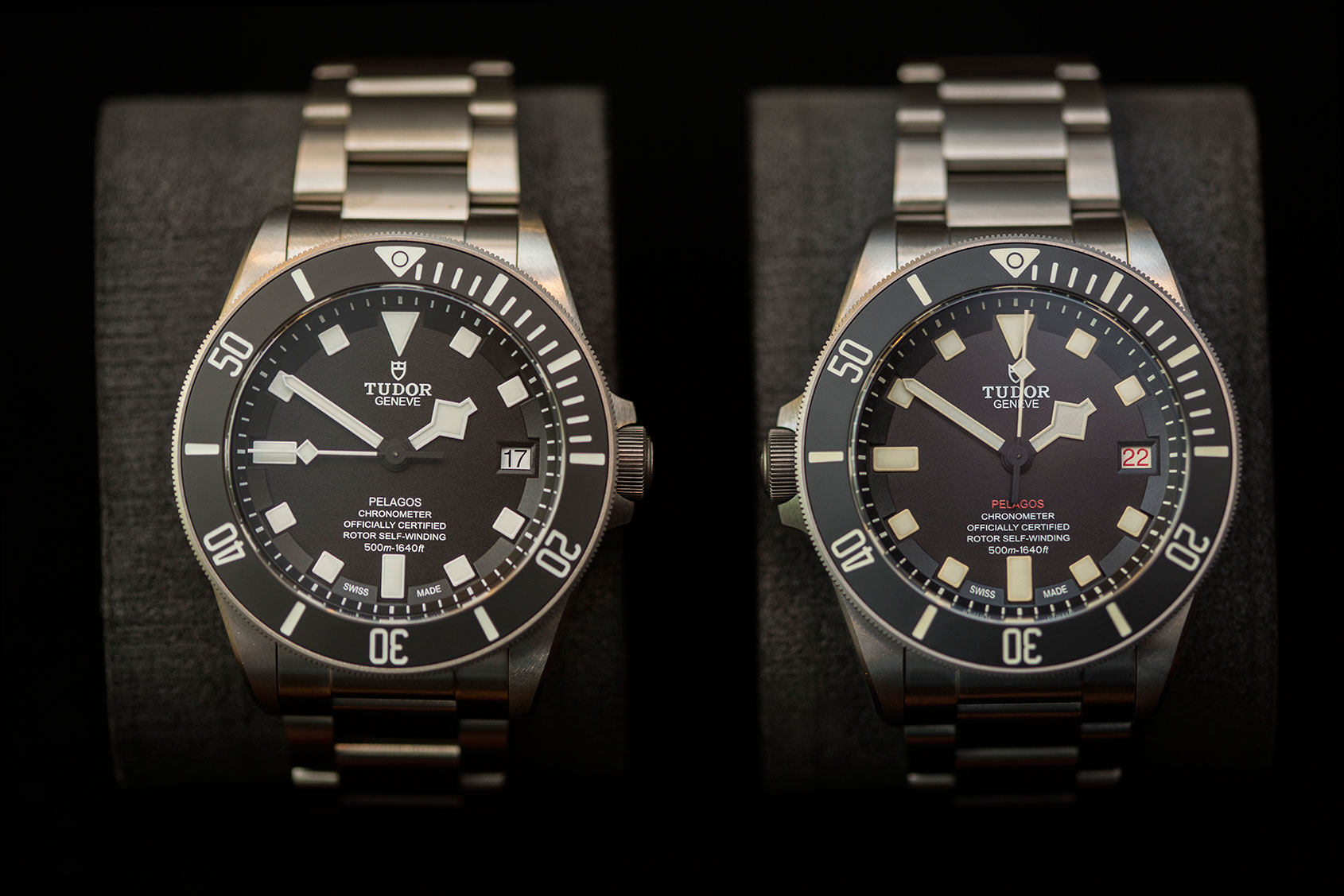 The final surprise is on the caseback. In a first for Tudor, the Pelagos LHD is issued in a numbered series – not a limited edition – which means the centre of your steel caseback will feature a nicely engraved number, as was the tradition with the French Navy Submariners. I really like that Tudor has captured this spirit on the LHD, and it will make your watch even more personal. 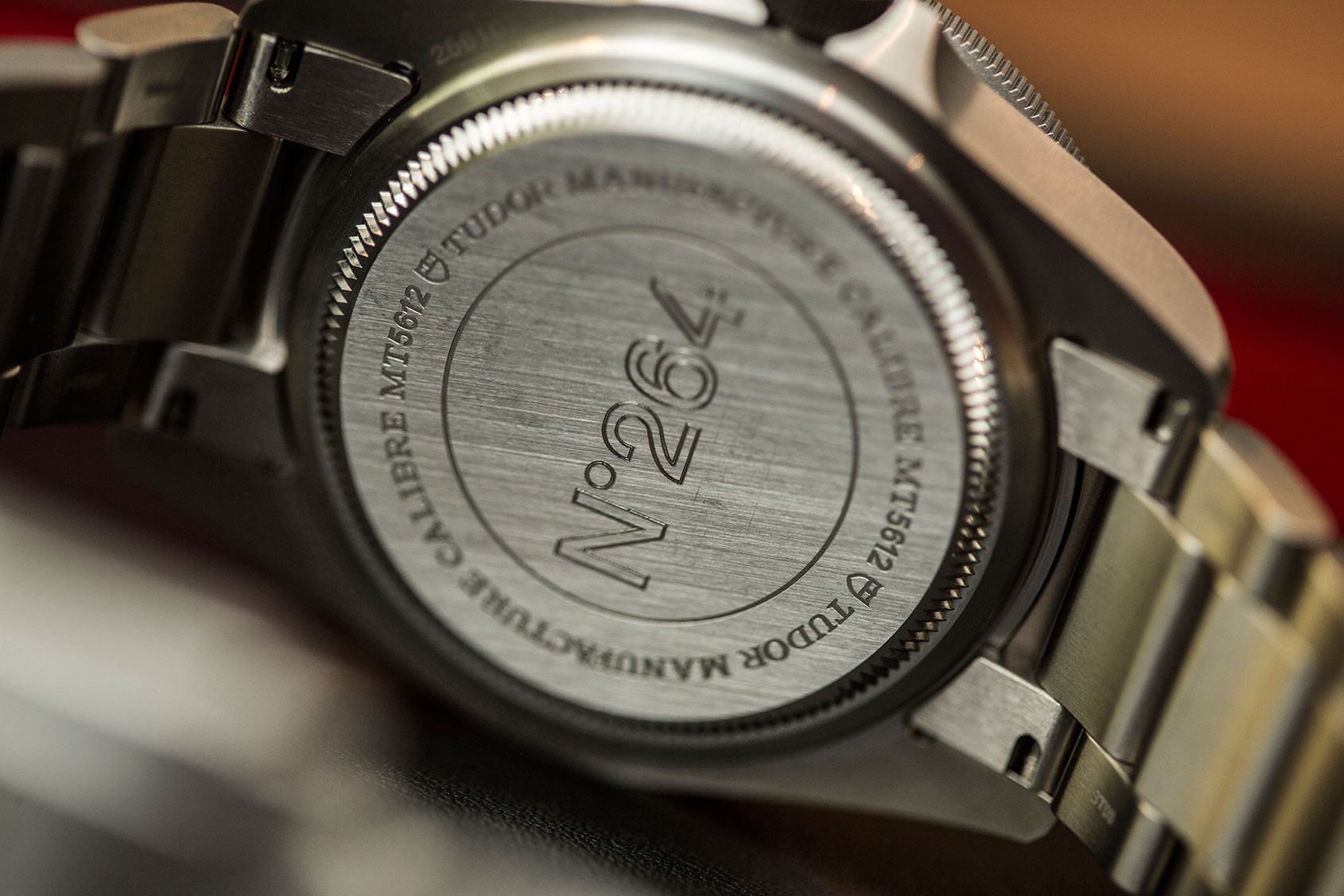 It’s worth noting though that these numbers are not the same as the serial number, and it’s unclear if each number will be unique. I suspect  Tudor will instead cycle through three or four digit numbers, otherwise that caseback could get quite crowded. 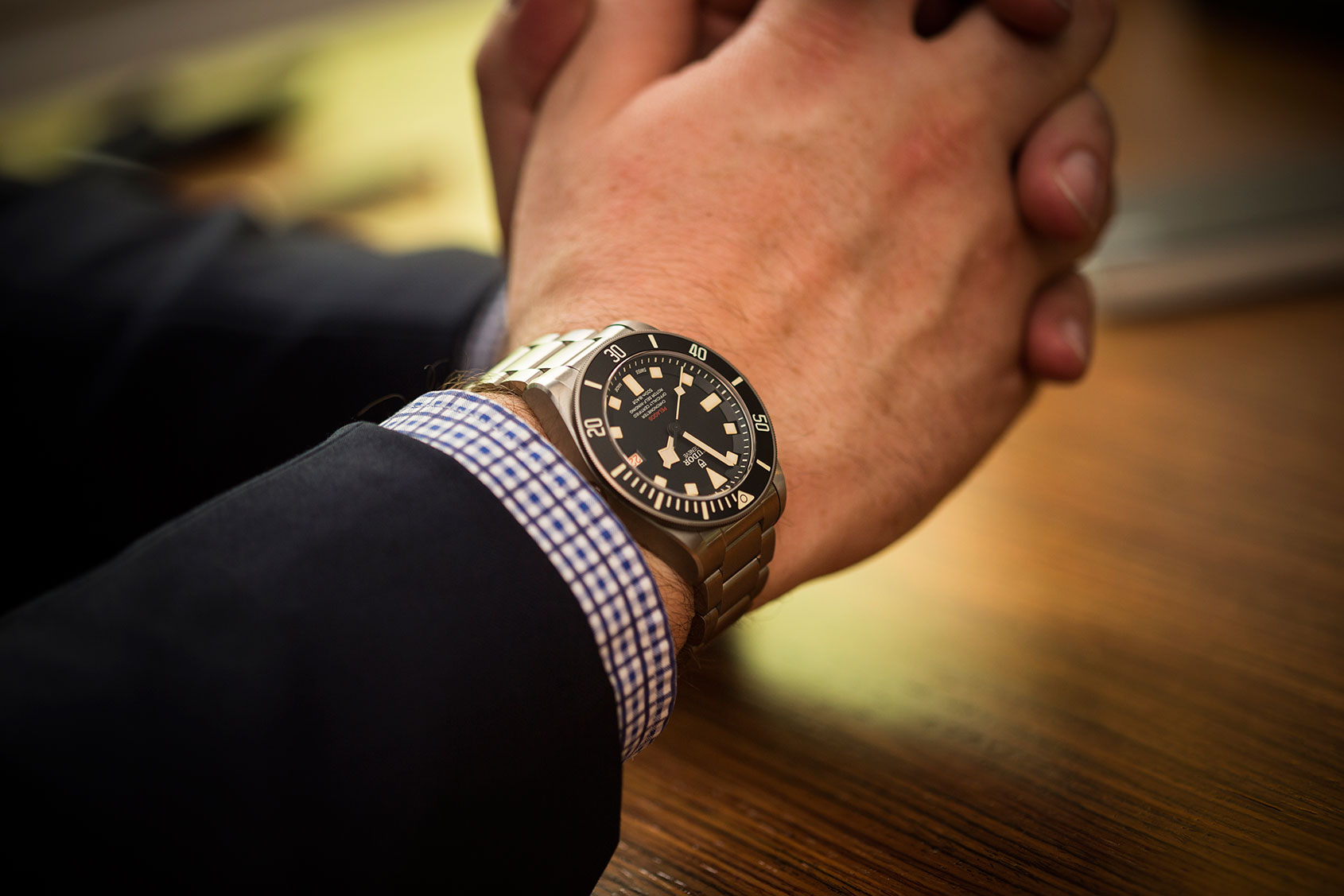 The Tudor Pelagos LHD, $5250, is available in Australia exclusively from Watches of Switzerland until Friday 25 November 2016.