As part of Australian Watch Week we’re asking watch microbrand specialists Worn & Wound for their off the cuff take on every watch we review:

“A classically inspired dress watch with modern lines and a modest price tag… what’s not to like?” – Zach Weiss, Worn & Wound 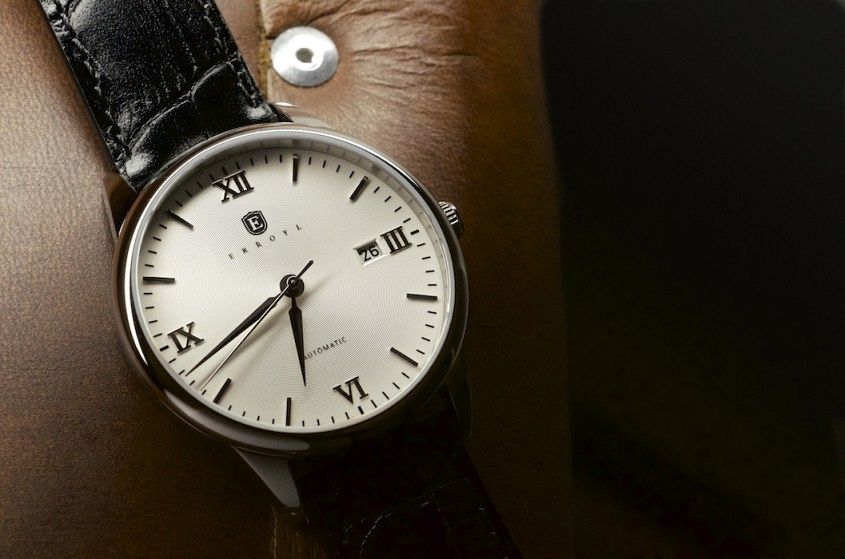 Now, Time+Tide has a strict editorial policy of being politically non-partisan, but we’re fairly safe in saying that nothing of any real worth or substance has come out of Canberra in recent years. Until now. Erroyl might just be the city’s saving grace.

Erroyl are young, kickstarter-ing themselves into existence way back in December last year. Wes Knight, the man behind the brand has done a lot in a short time, offering three models in the signature heritage collection (plus a sexy blue dialled limited edition). I got my hands on the E30 Heritage in steel with a white dial, and of all the local watches we’re reviewing this week, the Erroyl turned out to be the biggest surprise. 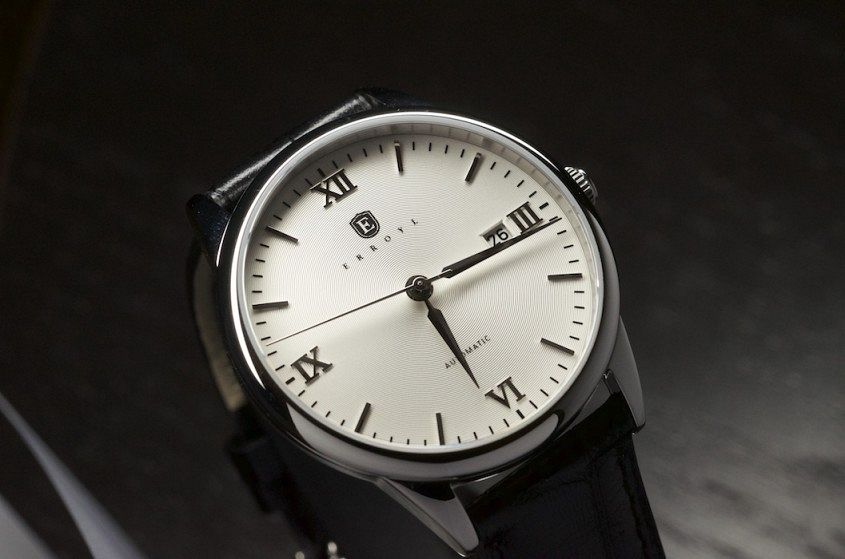 On paper (or screen to be more accurate), the E30 is a watch that looks familiar. Outside of the Rolex Submariner-esque dive watch variants, the most well-worn microbrand trope is that of the classic, dressy three hander. It’s a style especially beloved by users of #dapper and #menswear hashtags on Instagram (aka hipsters). After a while it’s hard to get excited by new offerings in this vein.

But the E30 demonstrates (brilliantly) that we shouldn’t judge a book by its cover. Every picture I’ve seen so far (ours included, sorry Mike) fails to do justice to this watch.

This is because of the dial. It might not be immediately obvious but the silver dial of the E30 is engraved with fine, concentric circular ridges. Subtle enough to not be obvious to a passing glance, but finished well enough to put on a serious show when it catches the light the right way. Add to this the polished applied numerals and indices, the faceted dagger style hands and the sapphire crystal and you have a watch that looks a lot more flash than the $389 asking price. 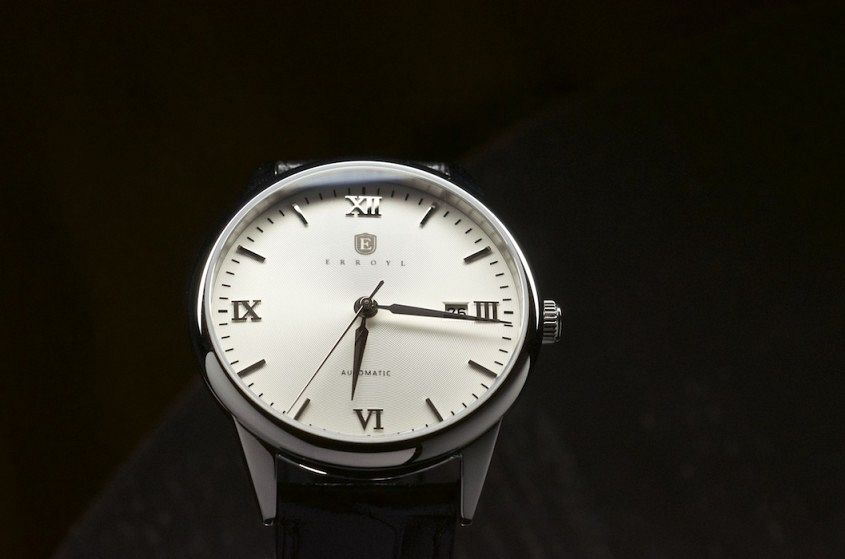 However, as with all things in life there’s room for the E30 to improve. I don’t love the date window (but I understand for many it’s a necessary evil), and if you added a domed crystal to the mix this watch would be, as the #menswear guys say, #onpoint.

The movement is the Miyota 9015, and Erroyl have opted for a display caseback. I’m in two minds about this choice. On the one hand the Miyota isn’t the most attractive movement on the market (by a long shot). But on the other, for many people this is likely going to be their first mechanical watch, and for these guys the being able to see the mechanics of their watch will be appealing. So who am I to be snobby about looks?

Erroyl have managed to pull of a very neat trick with the E30 – making a traditional dressy steel watch at a reasonable price that isn’t boring. Which is more than we can say about Canberra.