HANDS-ON: The Depancel Serie-R Cruiser draws high-octane inspiration from the world of motorcycling

Motosports get a lot of love from the world of watches, from the smallest microbrand homage to Rolex sponsoring almost all of the Formula 1 Grands Prix. Sadly, one side of automotive expression that doesn’t get anywhere nearly as much recognition is motorcycling. Doing their bit to redress the balance, the Depancel Serie-R Cruiser taps into the street-riding style of café racers with their third, square-shaped watch that nods to racing. 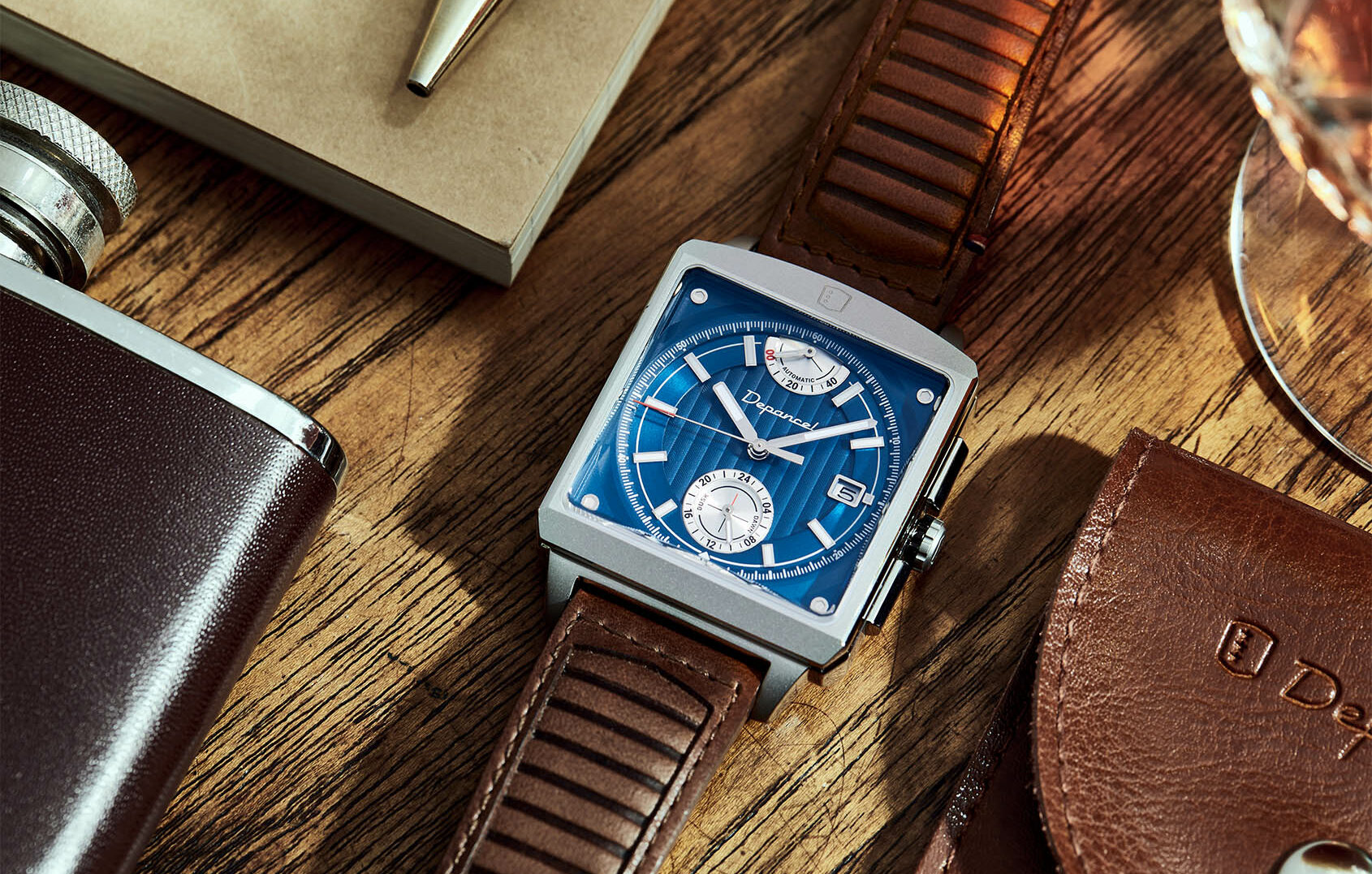 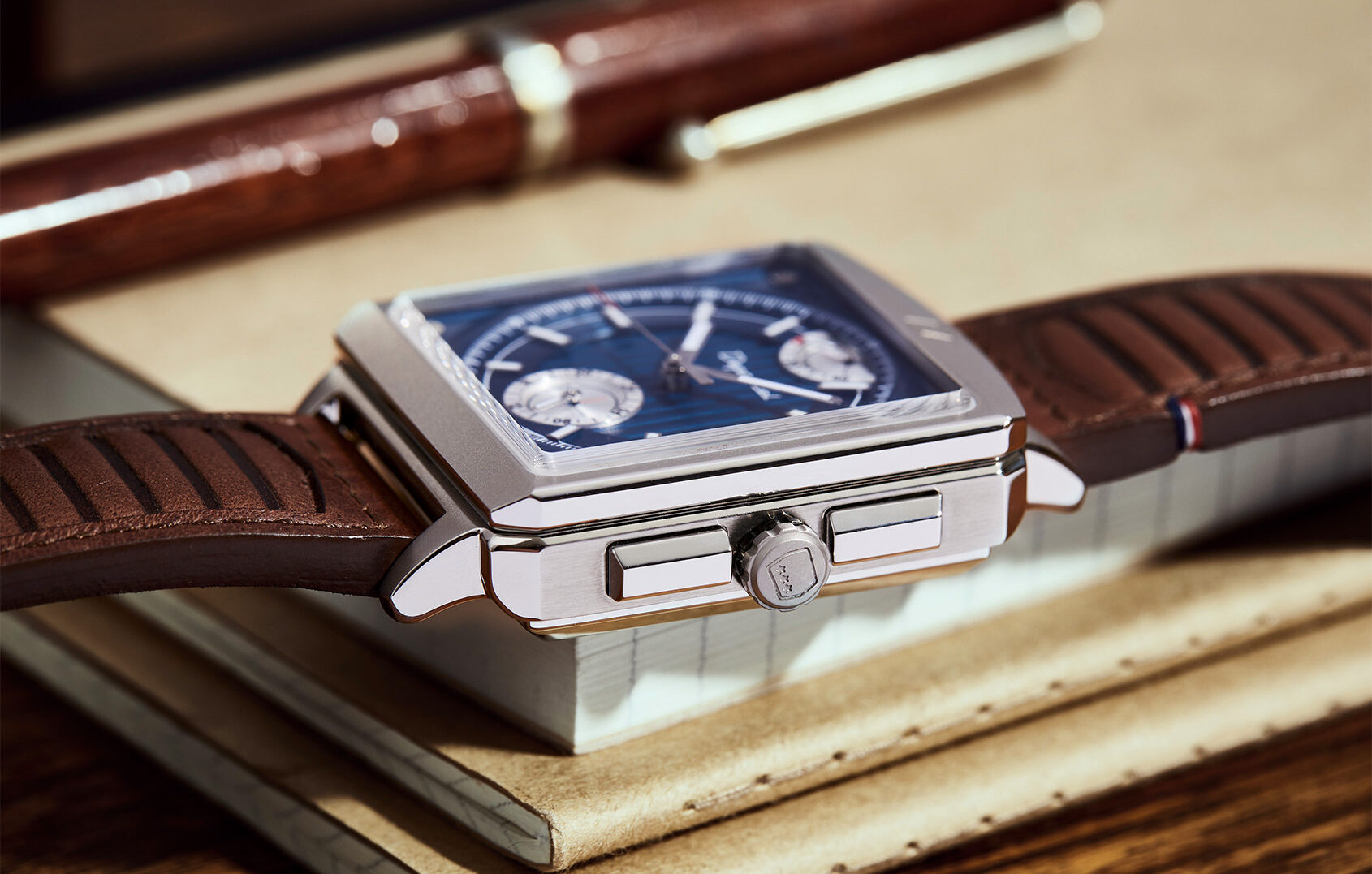 Depancel’s best-selling watch has been the Serie-R F-Back — a supremely sporty watch complete with racing stripes and a triple calendar disguised as a chronograph. The Serie-R Cruiser adopts the same case, albeit with a few small changes that have a big effect. Instead of  vertical brushing on the upper surfaces, the Serie-R Cruiser has a sandblasted texture that almost adds a small touch of matte sparkle. The engraved logo on the case is an interesting touch, and the blasted finish also helps it pop out more. Depancel’s logo itself is inspired by the grille of the Facel Vega FVS from the mid 1950s, one of France’s hidden automotive gems. 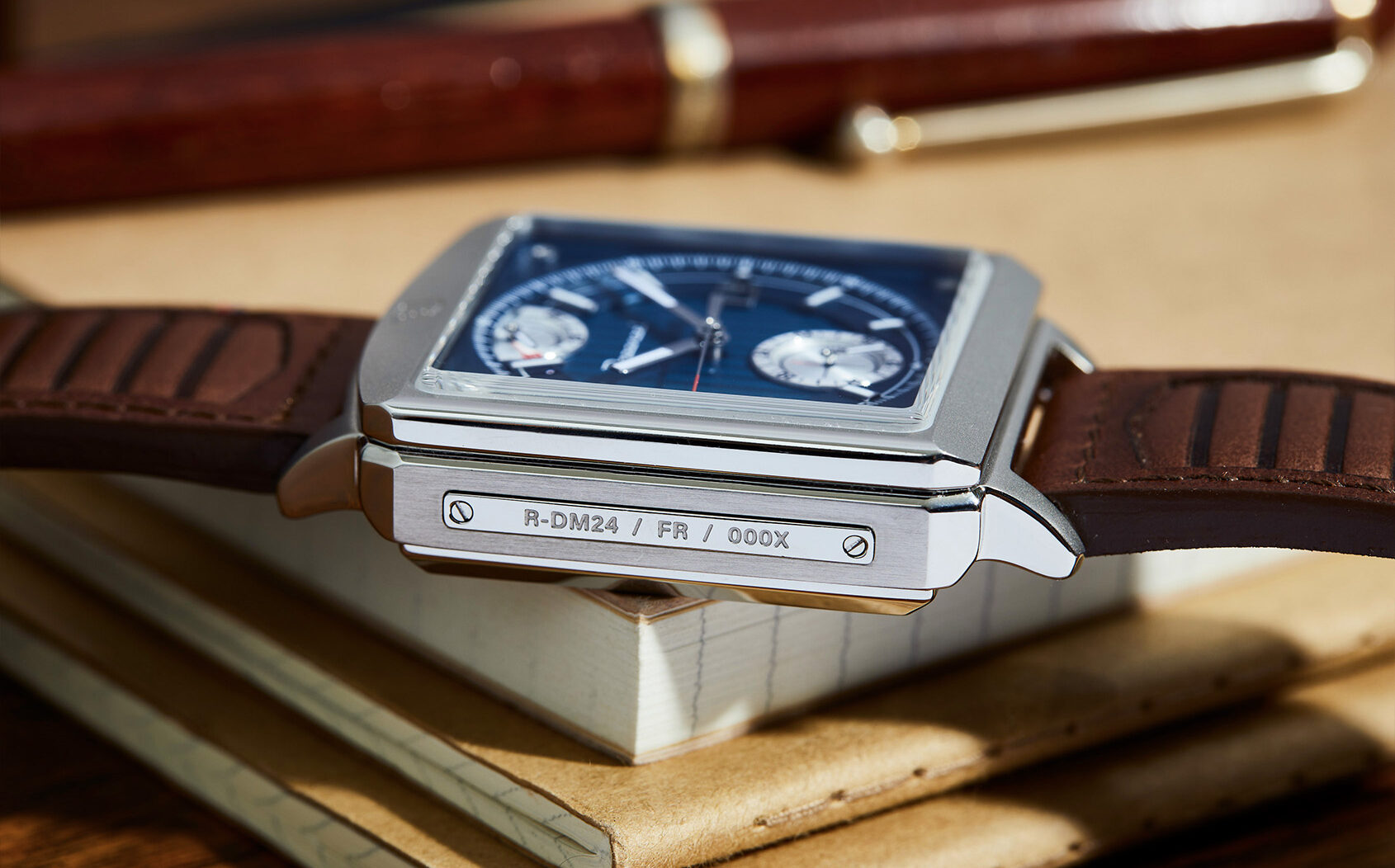 The idea of a café racer was popularised in the 1960s, when people would strip down their motorbikes of unnecessary parts to make them lighter, smaller, and therefore faster when racing between the cafés which served as landmarks. The Serie-R Cruiser follows this philosophy in its own dimensions, which is music to the ears of anyone who usually finds square watches too big for their wrists. A 36mm width and 42mm lug-to-lug length is extremely comfortable on anybody, and the 12.95mm thickness helps to reduce the chunkiness too. 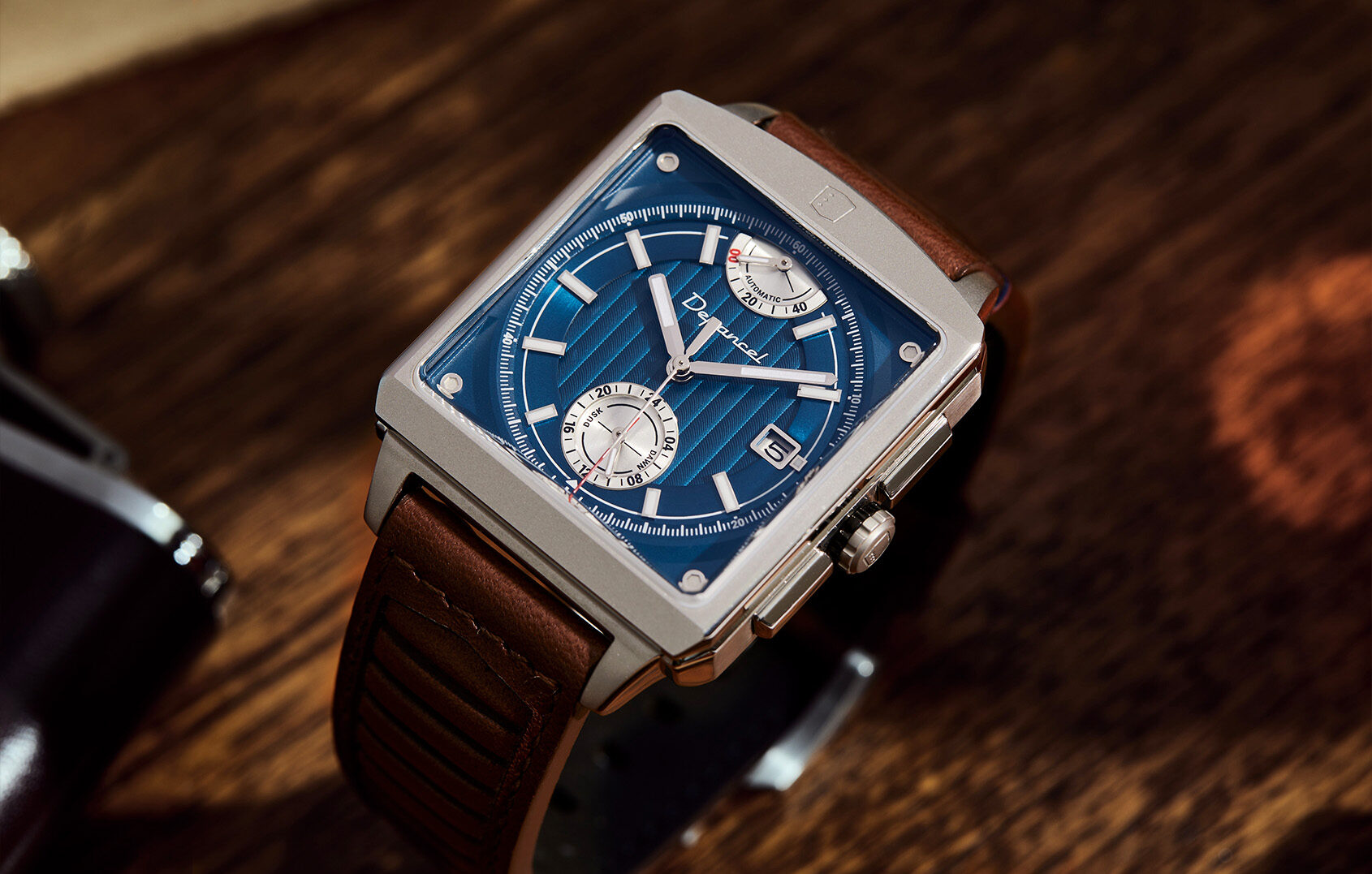 The layout of the Depancel Serie-R Cruiser has been pretty significantly altered from the previous F-Back model, although the general motif of a circle-within-a-square still remains. The finishing is pretty incredible up close, with a central section featuring Geneva striping that’s meant to evoke a radiator. The next ring of the dial is circularly brushed and holds the lume-filled applied indices, interrupted at 3 o’clock for a neatly framed date window, 6 o’clock for a 24-hour indicator subdial, and 6 o’clock for a power reserve styled as a speedometer or fuel gauge. A stripped-down motorbike is definitely going to have a few screws visible, and this is honoured with some mock screws in the corners of the dial. 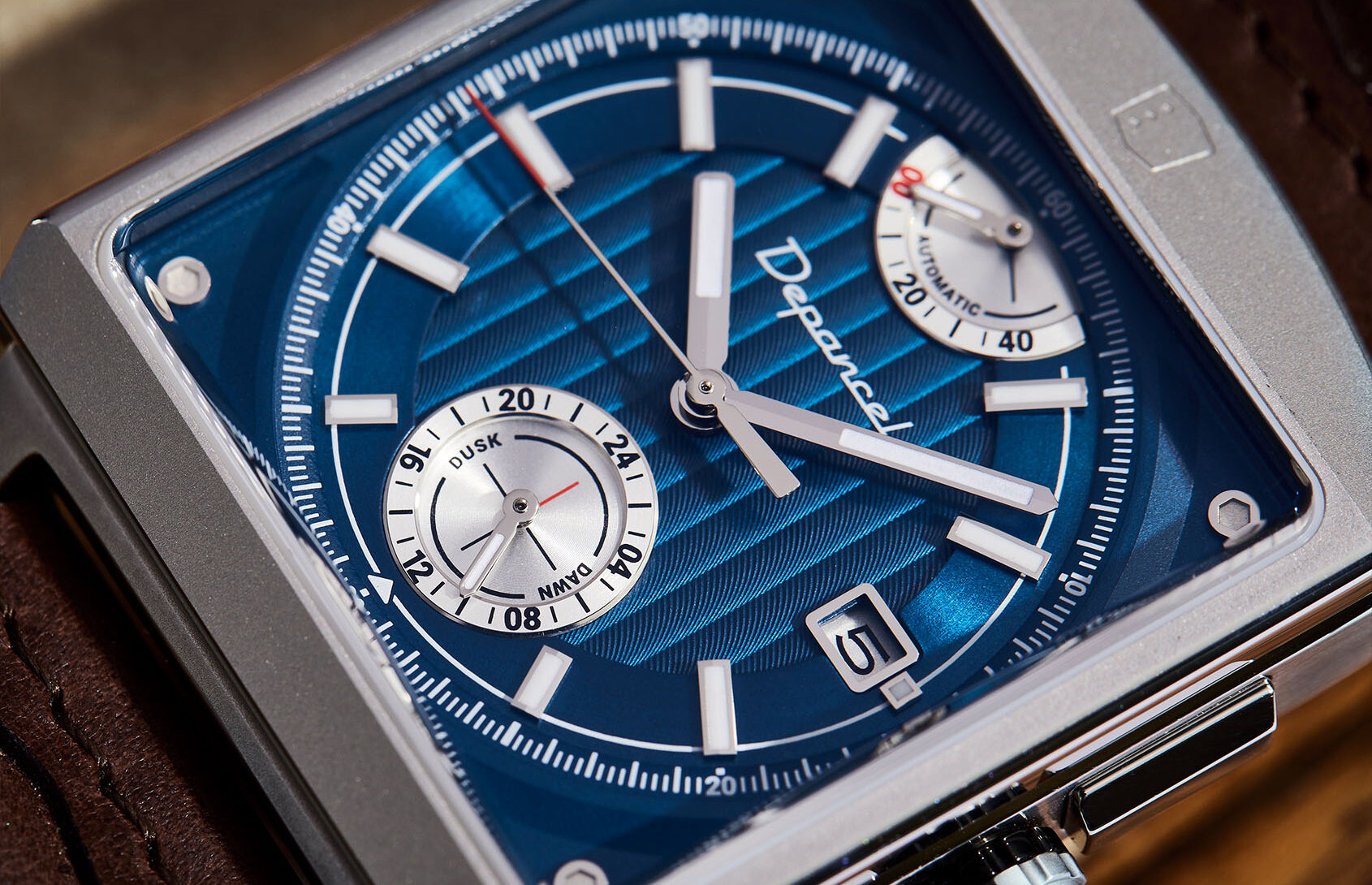 The colour blue is always going to be the most popular choice for an exciting sports watch, and the shade Depancel have executed here is terrific. The bright spots are highlighted nicely and really bring out the finishing beneath, while it also allows the silver subdials to pop and balance out the other details. The hands reach where they need to go, with the hour hand ending a little bit stubbier than the minutes hand and the seconds hand red-tipped for ease of reading. Although we only got our hands onto the Petrol Blue model, there are also Dark Green and Shadow Black references available. 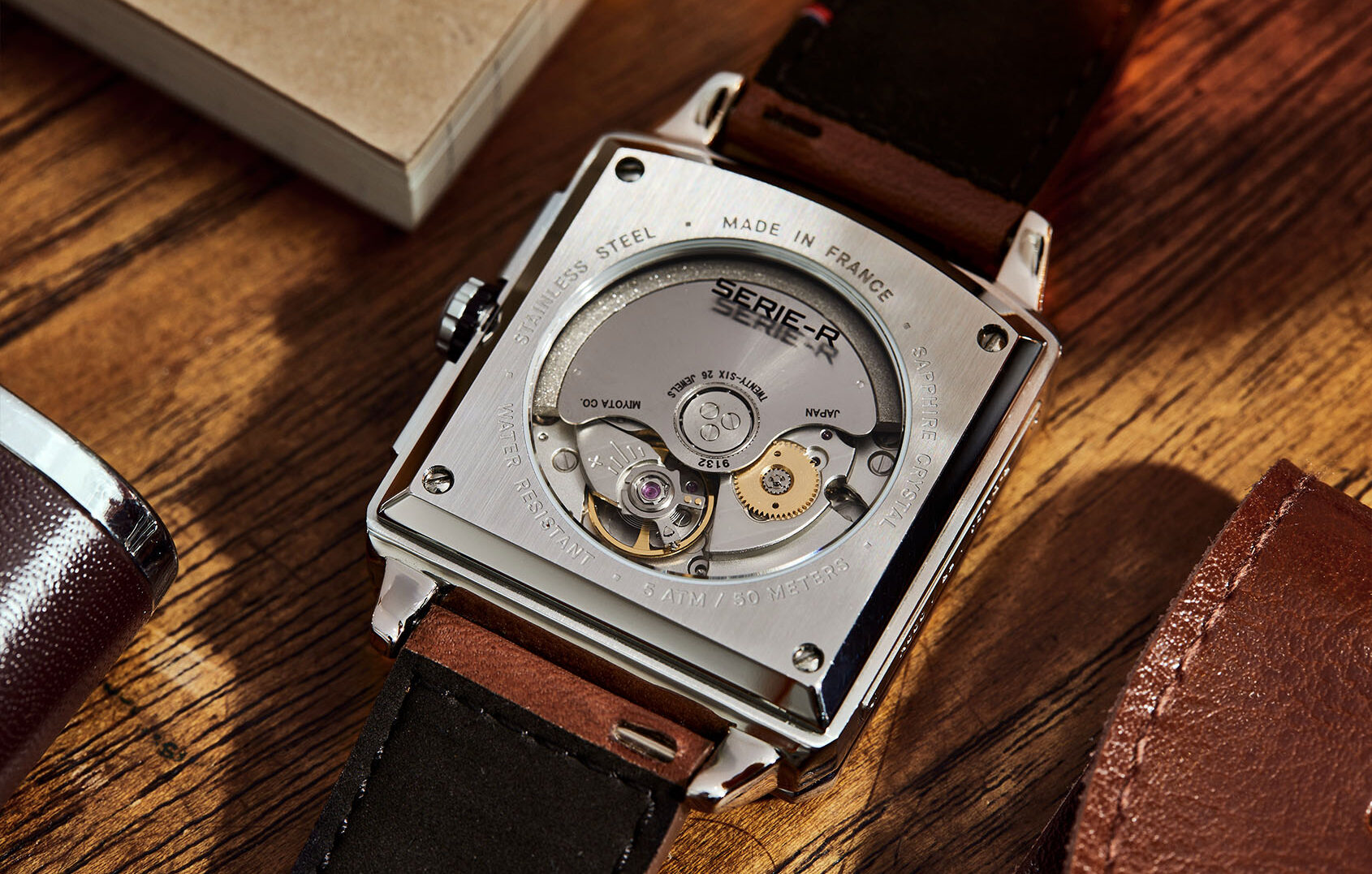 The Depancel Serie-R Cruiser uses the Japanese-made Miyota Calibre 9132, which is one of their premium movements that offers great value for money. Not only do you get the added 24-hour indicator and power reserve on the dial, but the beat rate is up at the Swiss standard of 28,800 vibrations per hour and the power reserve is an adequate 40 hours. You can see the movement through a display caseback, and although the finishing is quite plain, there’s no such thing as a boring mechanical watch movement. 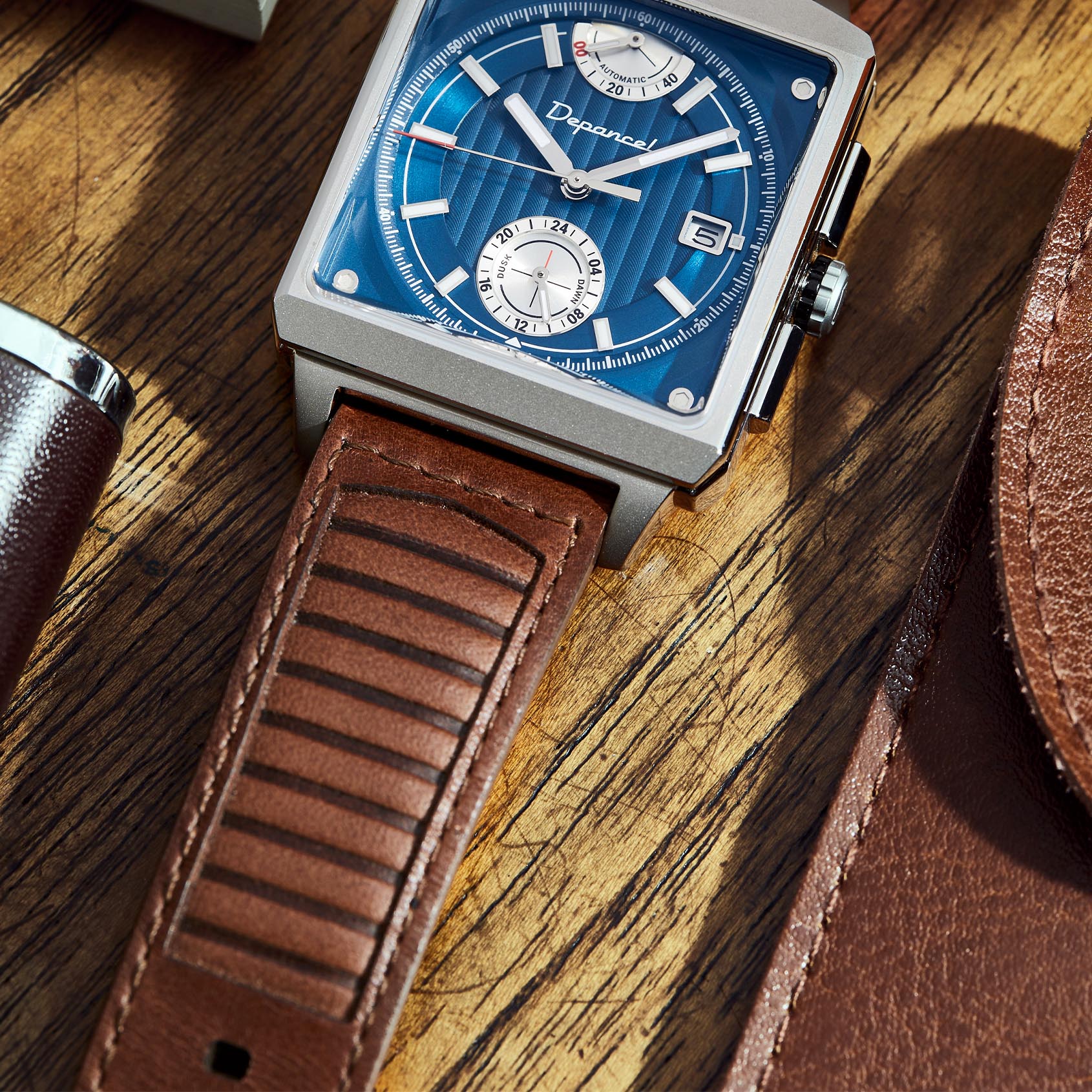 With a 22mm lug width the Depancel Serie-R Cruiser is just waiting to have a strap fashion show, but the supplied leather strap in black or brown is easily the best choice if you want to maximise the racing attitude. The padded and ridged section coming down from the watch just shouts motorsport in a way that’s a little bit more rare than perforated leather, and the watch only having 50m of water resistance means you shouldn’t need to worry about getting the leather wet anyway.

The Depancel Serie-R Cruiser will be available from their website on November 15th, 2022. Price: €695