Last year, Nirmal “Nims” Purja made headlines when he scaled all 14 of the world’s 8000m mountain peaks, in just under seven months. He did so with a Bremont on his wrist. The watch in question was a blue and white Bremont S300, proving just how robust the brand’s watches are and how well they rise to the challenge of surviving some of the harshest conditions imaginable. To commemorate this remarkable achievement, and as one of the main sponsors of the journey, Bremont has produced the Bremont Project Possible Limited Edition, which features a number of subtle nods to the incredible effort. 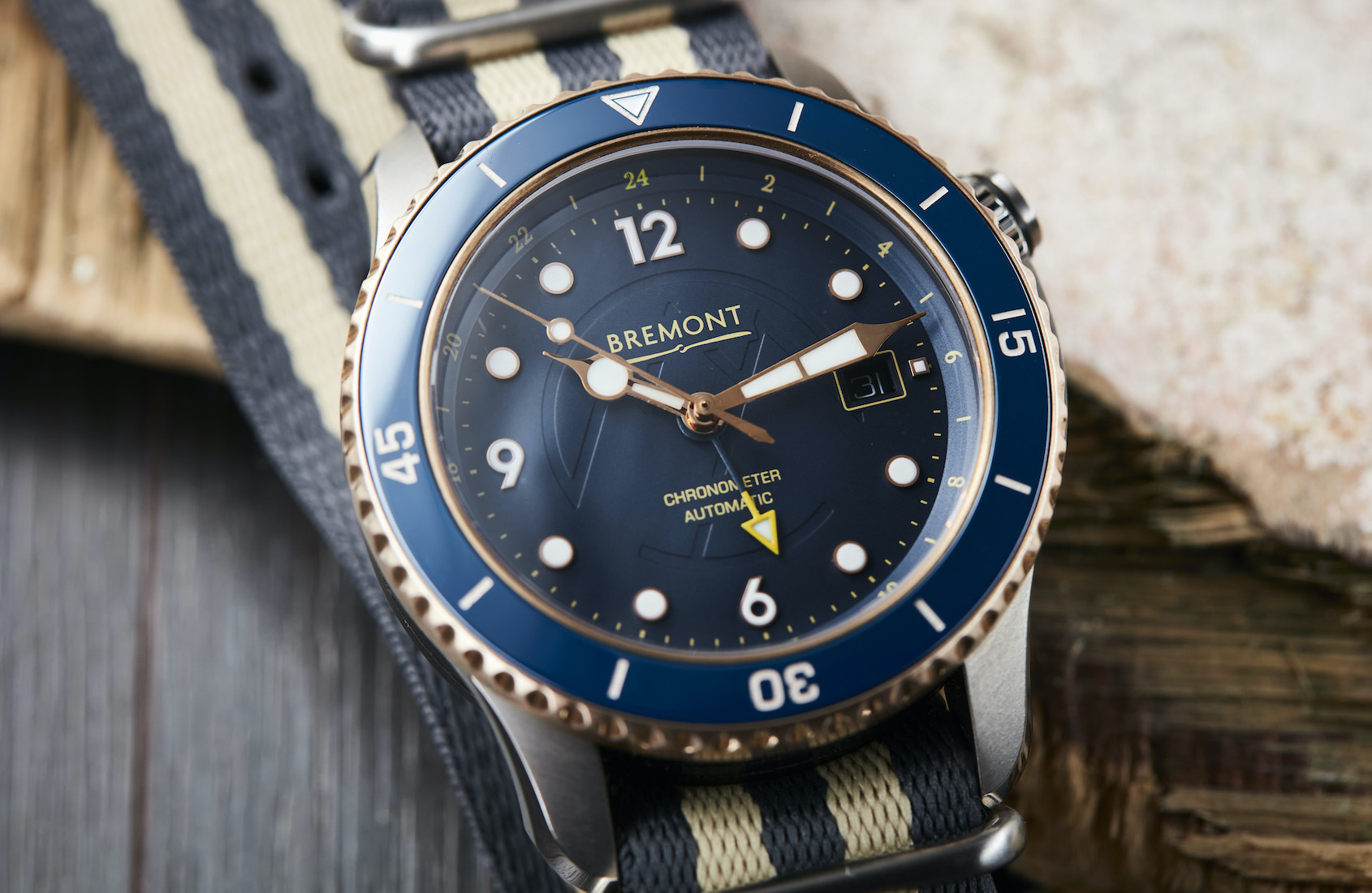 It’s nice to know that mechanical wristwatches still form a significant part of the most awe-inspiring adventures from around the world. Even if most dive watches are only worn in a pool and the closest most pilot watches get to a cockpit is walking past one to their seat, there is a vicarious element to hearing about record-breaking efforts and the watches that were present. Most of us are unlikely to climb any 8000m peaks in our lifetimes, never mind 14 of them, but it’s a reassuring thought that if we decided to, the pride and joy on our wrist would be up to the challenge. In Bremont’s support of Nims summiting the tallest mountains on the planet, we have a watch manufacturer who is genuinely interested in the limits of human achievement, and how a watch can be a part of that journey. 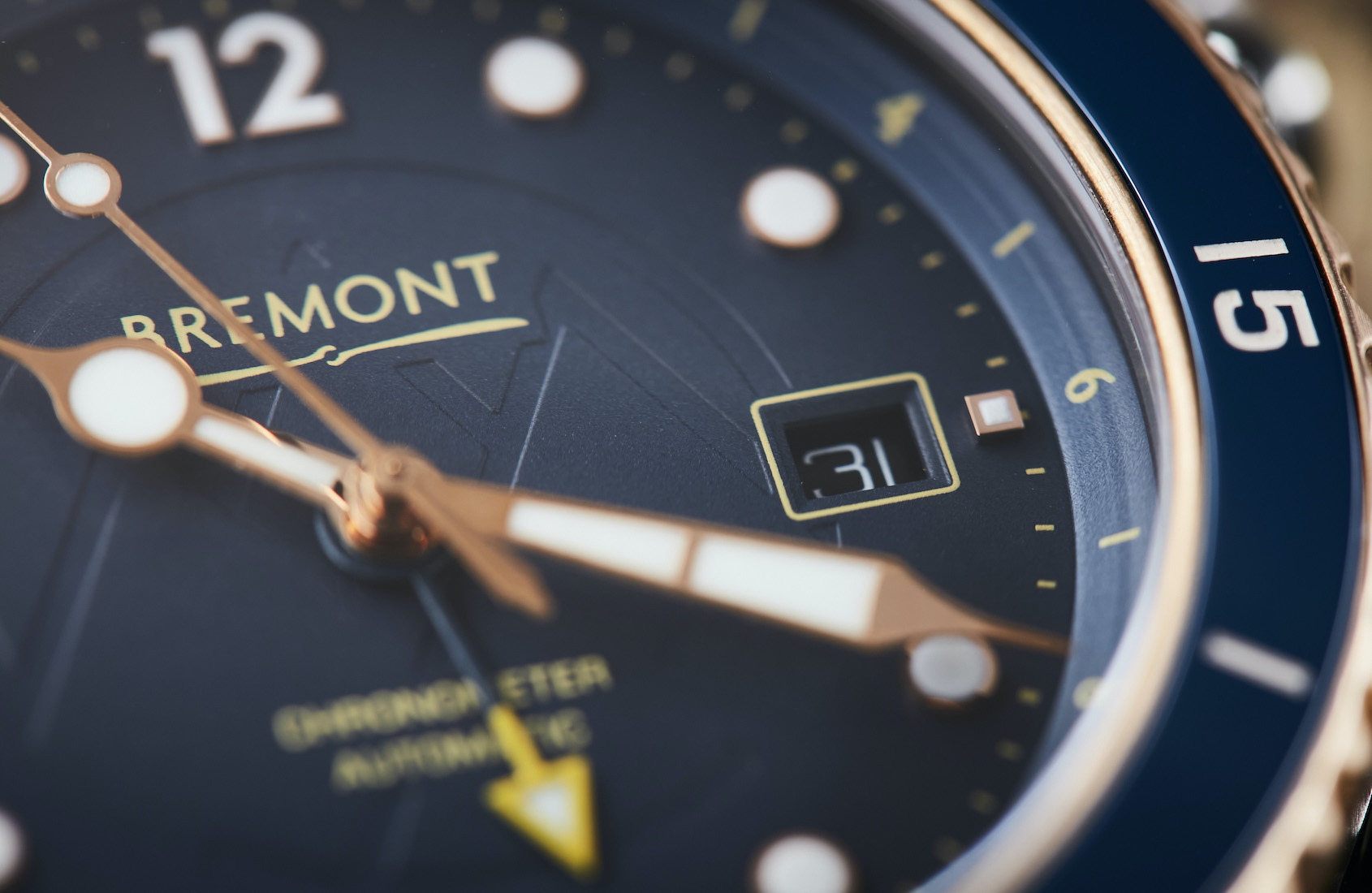 The Bremont Project Possible Limited Edition features the first use of bronze by the brand, and does so to great effect. The bronze bezel creates an eye-catching but not over the top contrast to the titanium case, and builds the impression of two warmly darkened metals. Measuring 43mm across and 16mm tall (it wears even taller thanks to the double layer of NATO fabric), it absolutely isn’t a small watch, but is still comfortable on the wrist. Just as a pair of work boots are undeniably comfortable even while feeling a little ungainly when you first lace them up, so too the Project Possible Limited Edition is made for a hardwearing environment, and can’t do that with a svelte profile. 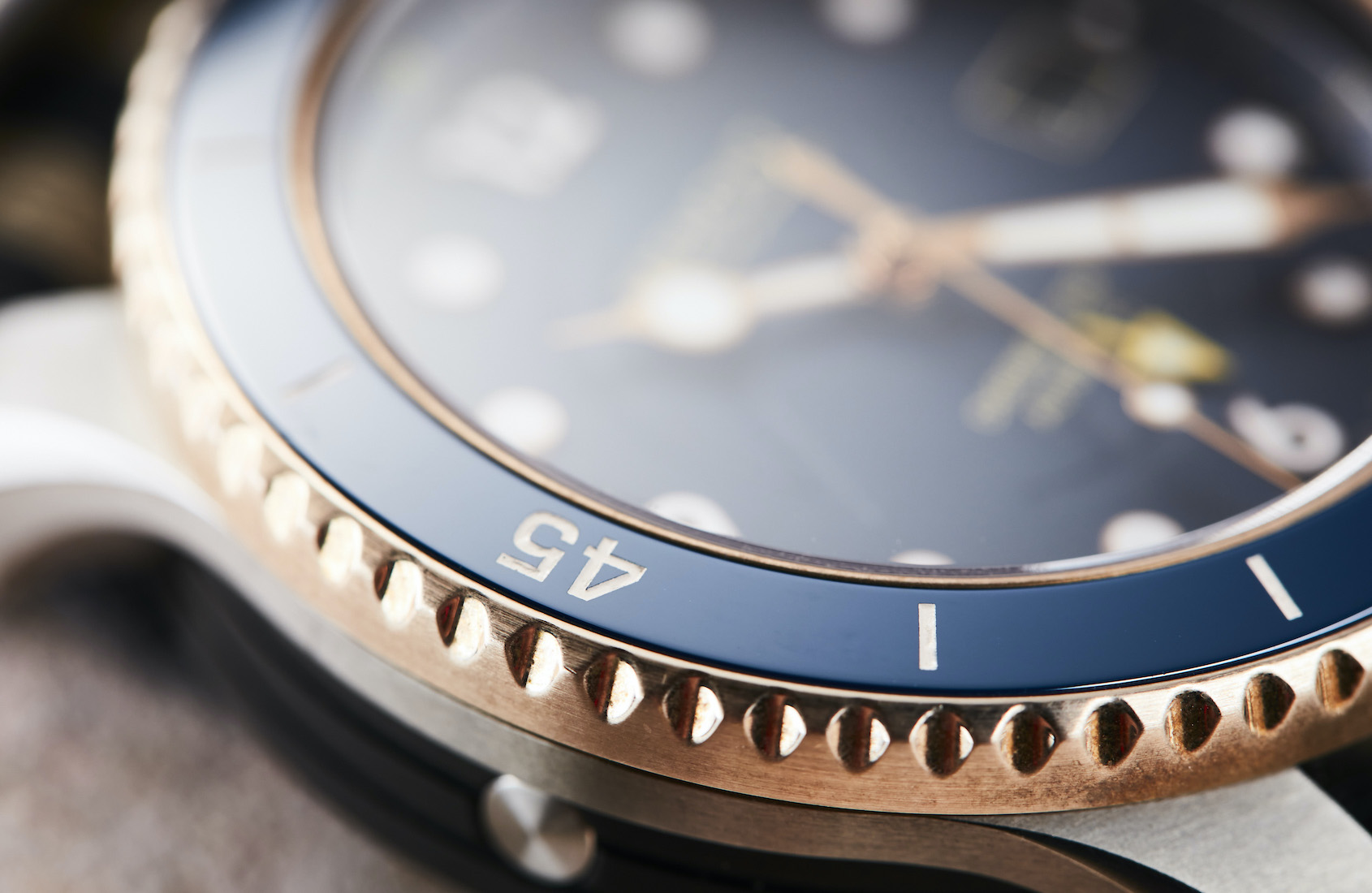 The construction of the case is typical of Bremont, with the three-piece case featuring a prominent middle section that positions the helium escape valve at the equivalent of 9 o’clock. This case construction ensures protection against extreme water pressure, and offers water resistance of 500m. The upper piece of the case sees the rather elegantly sculpted lugs flowing downward with the contour of the wrist, and features a number of cleanly articulated case lines that emphasise each flowing facet. 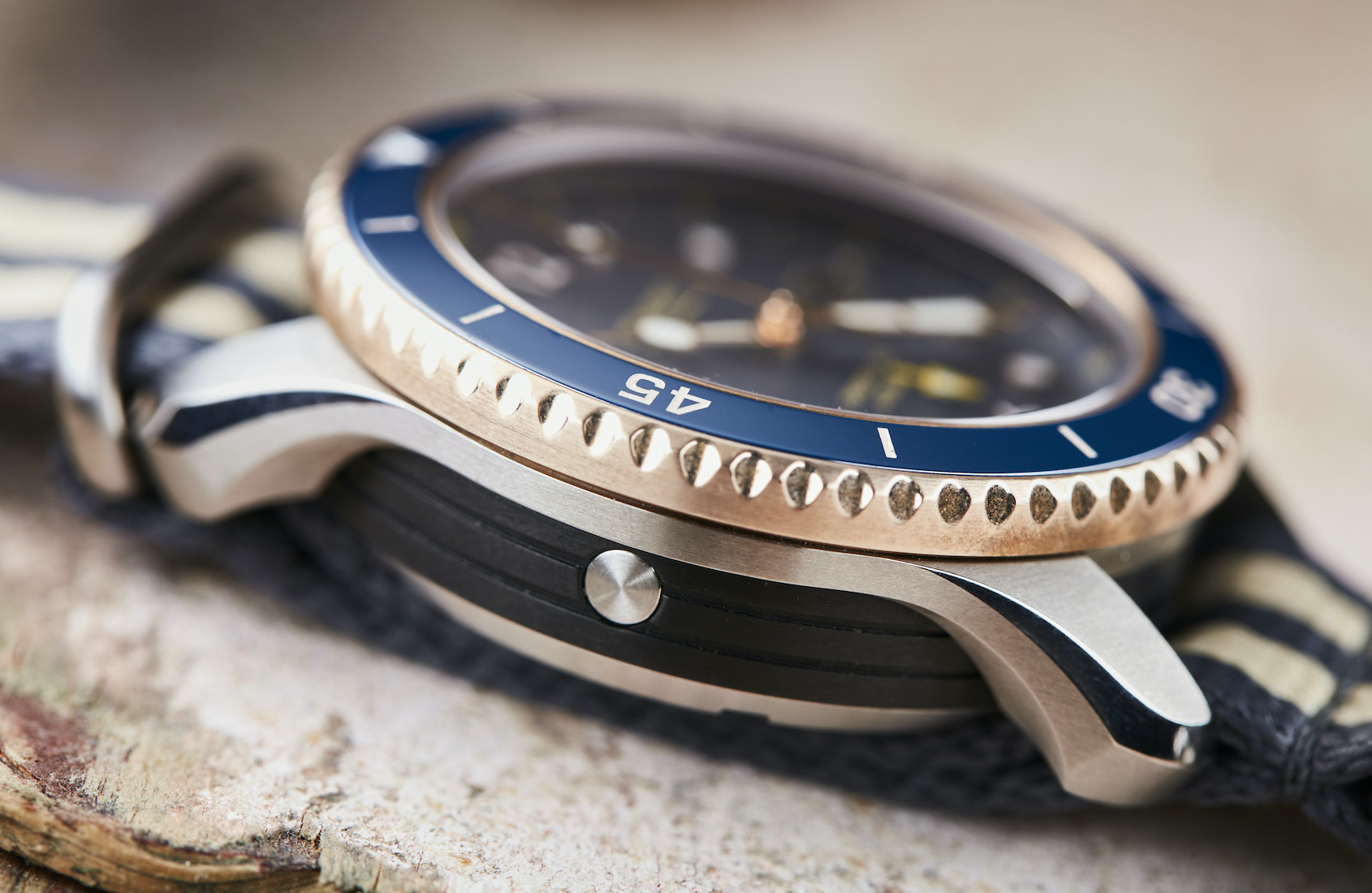 The sapphire crystal caseback is covered by the supple NATO strap but, when removed, reveals the COSC certified Bremont BE-93-2AV GMT movement. While the movement is well finished, as you would expect from Bremont, the winding rotor is engraved with what looks like a complex 56-digit reference number. It is, in fact, the height in metres of each of the summits that Nims scaled in 2019, a tastefully subtle reference to the inspiration behind the watch. 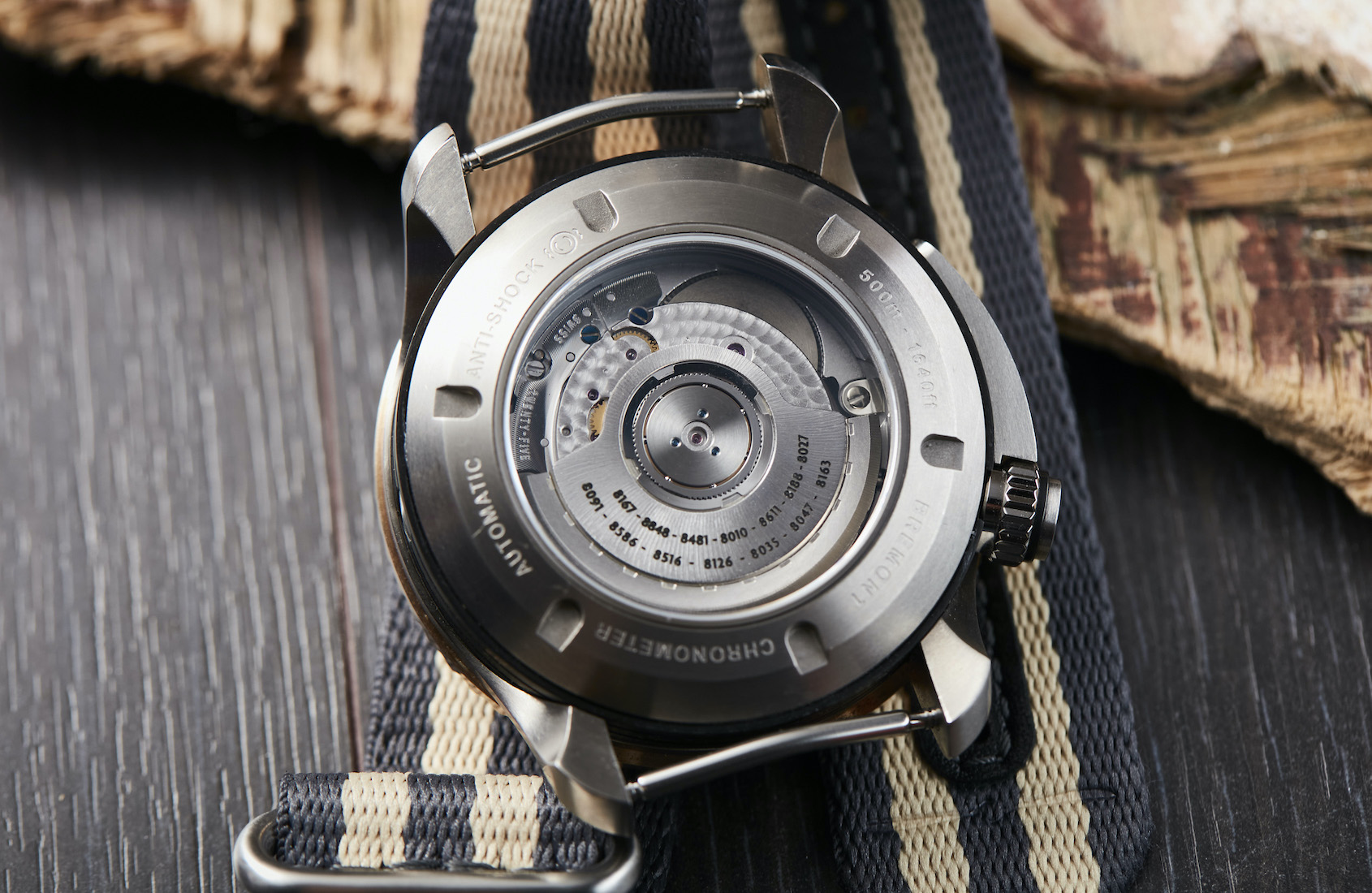 Another well-designed feature of the Bremont Project Possible Limited Edition is the single-piece bolt-on crown guard. The crown is located at an unusual but ergonomic 2 o’clock position on the case, with the crown guard rising like a wave around the watch to meet it. It is secured with two hexagonal socketed bolts, and along with the top right-hand lug, they do a good job of protecting the crown from any possible impacts it might encounter. 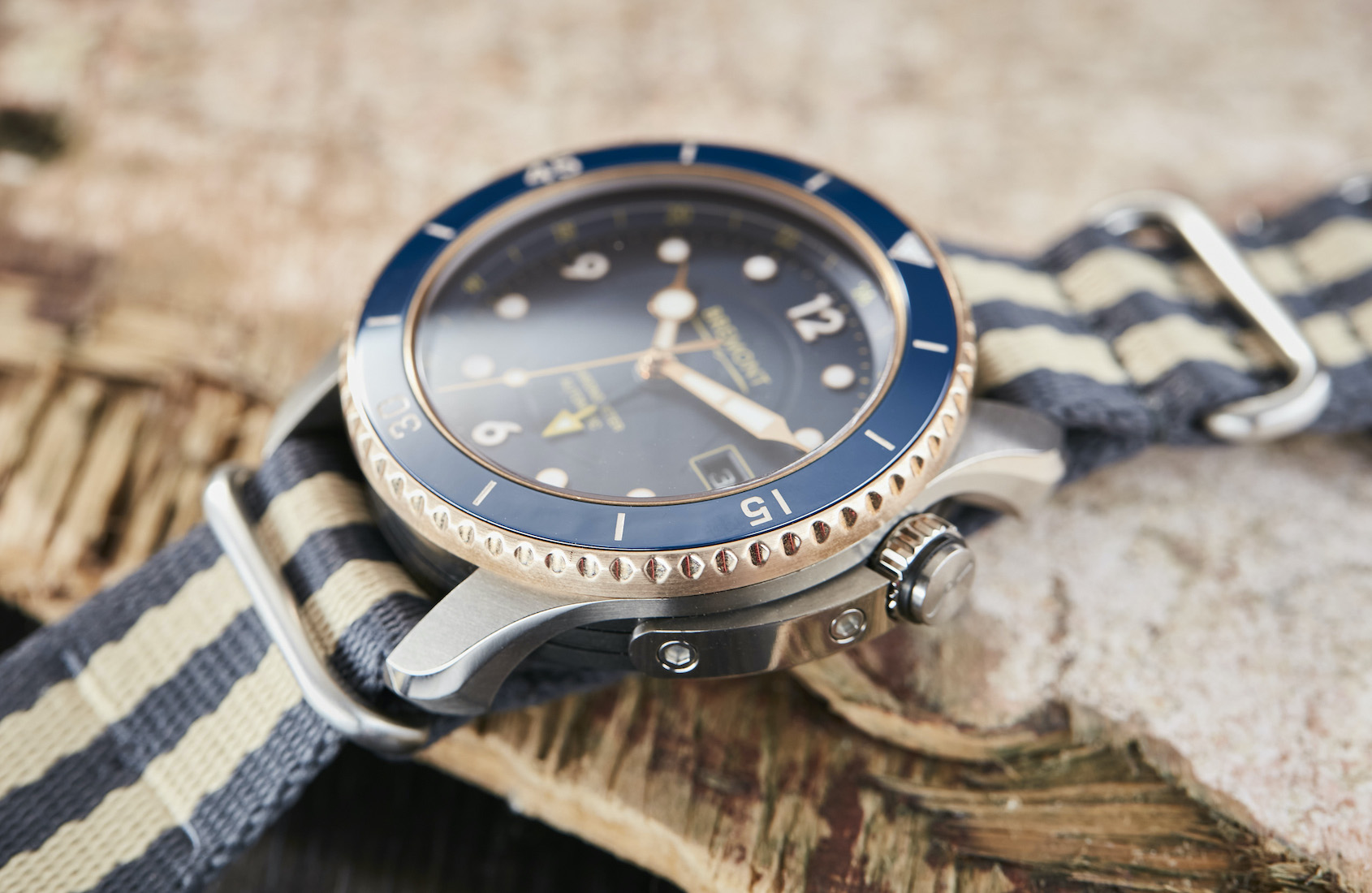 The blue of the dial and bezel adds a muted but otherwise needed lick of colour to the watch, and contrasts well with the yellow-tipped GMT hand. The hands and hour markers are the same bronze tone as the bezel, and are filled with the generous lashings of lume that you might expect from an adventure watch. Recessed into the dial is the Bremont Project Possible logo, offering another reminder of what this watch is celebrating. 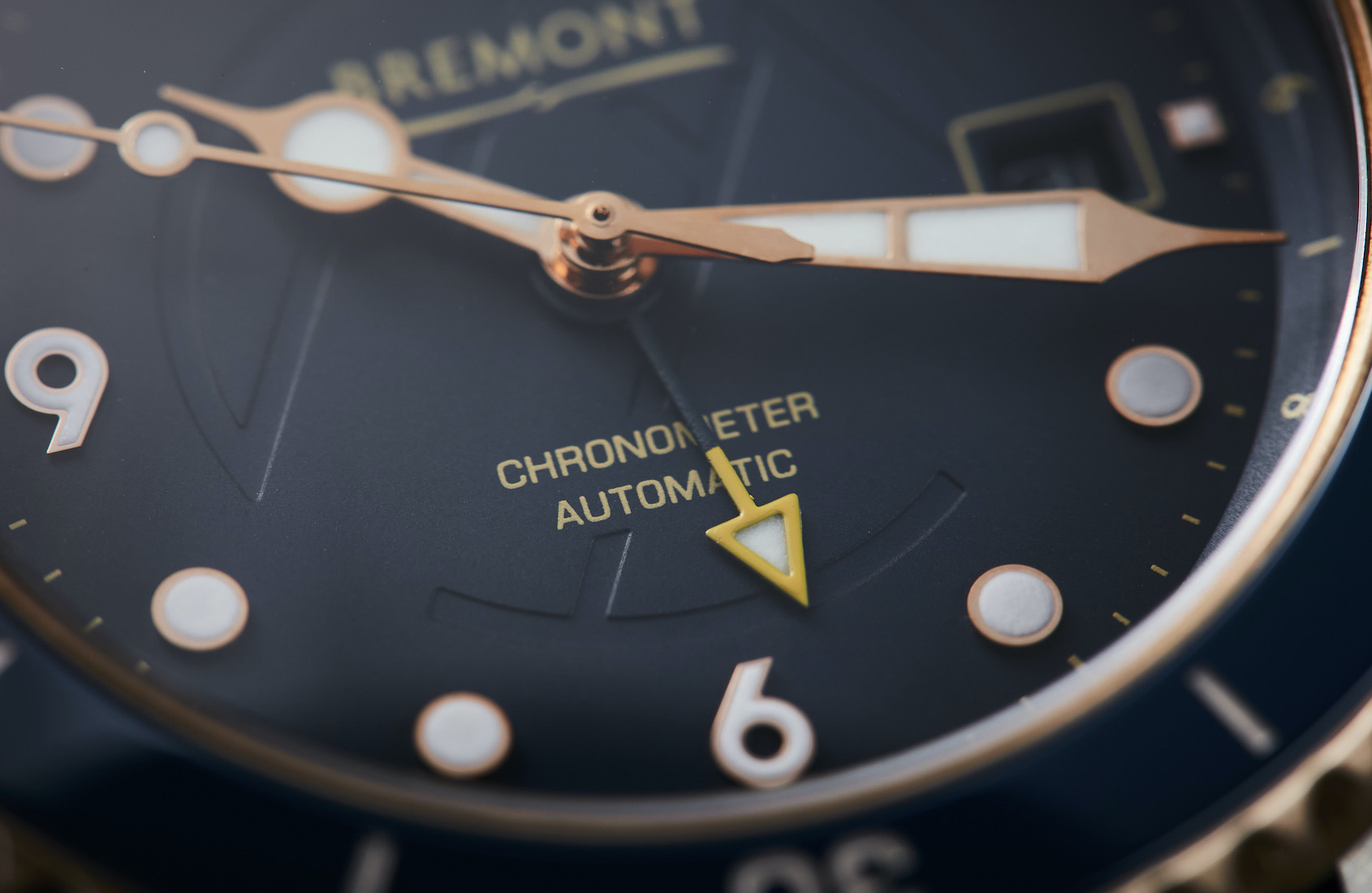 The sorts of feats that Nims achieved in 2019 do not happen regularly, and Bremont has marked the occasion with a watch that feels both special and remarkably robust at the same time. The two-tone case and bezel are a daring moment of extravagance that speaks to how exciting Nims’ record-breaking achievement is, while the rest of the watch features all of the bulletproof accoutrements you need for such an effort. It isn’t a subtle desk diver, but it isn’t trying to be. It wants to be felt on the wrist and seen by those around it, and it makes no attempts at anything else. It is, first and foremost, a tool watch, and one that celebrates all that a tool watch can do. 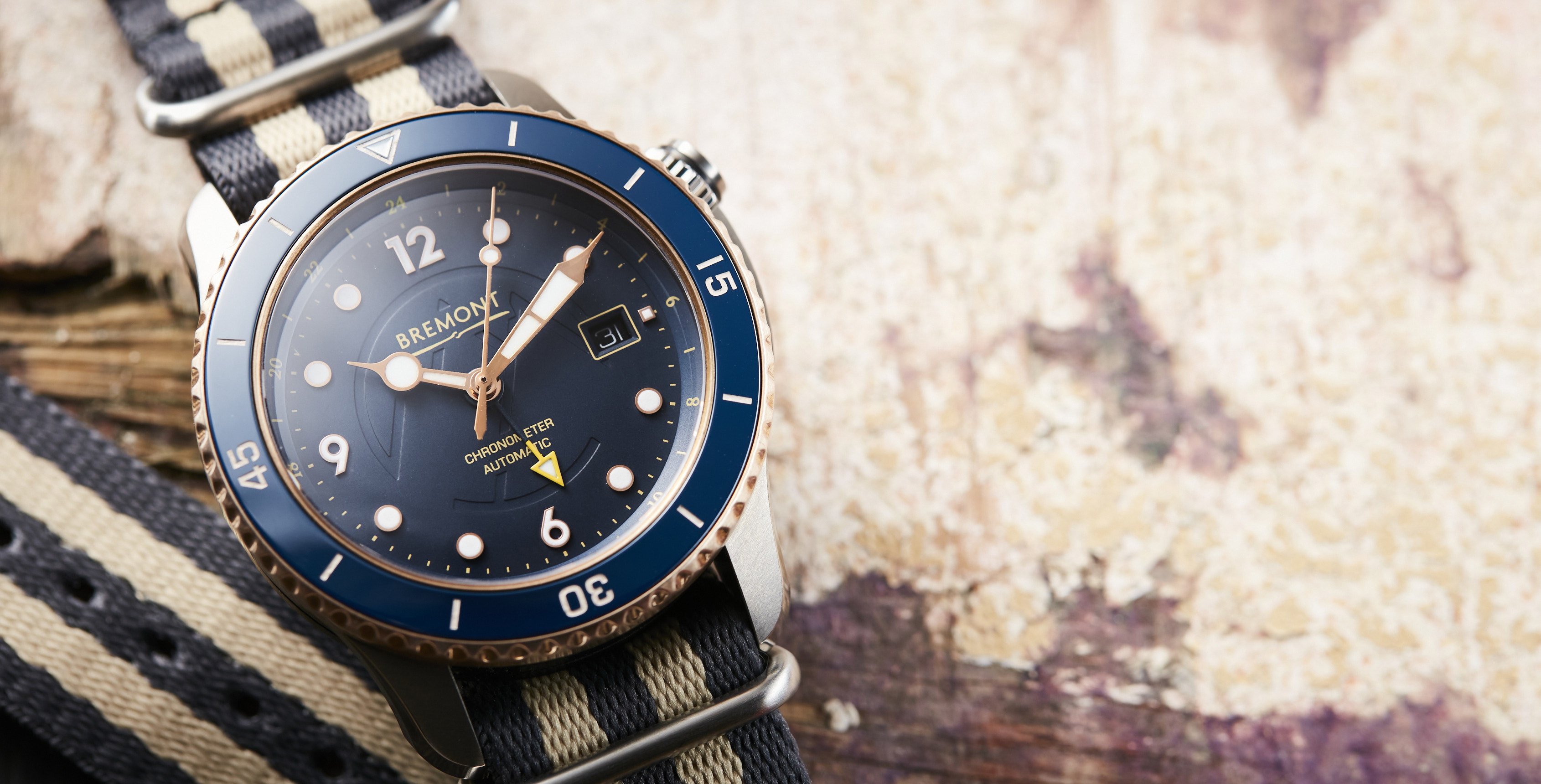 The Bremont Project Possible Limited Edition is AUD$8500 on NATO and is limited to 300 pieces.