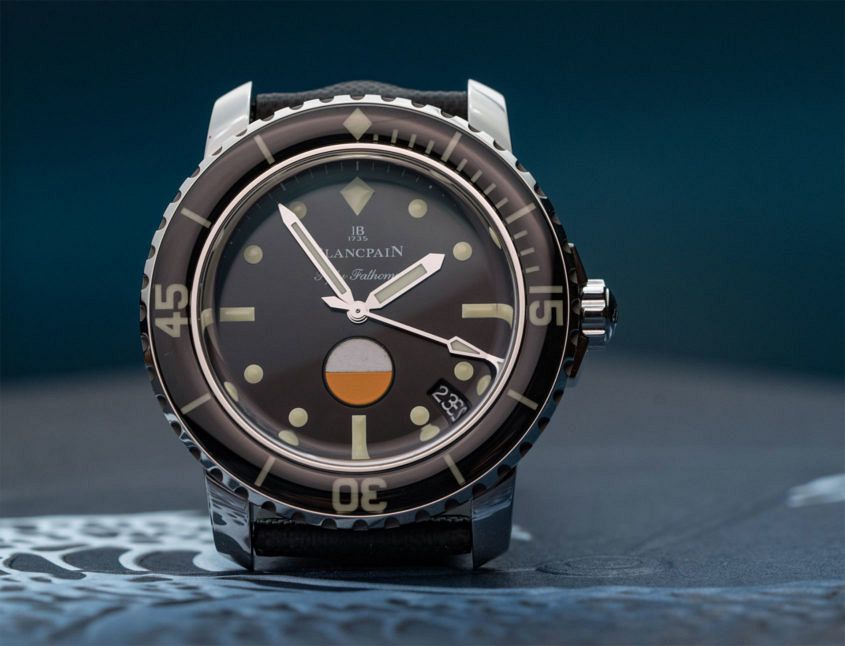 Blancpain has an excellent history in dive watches, and among the most coveted are the military-issued pieces. In this already hyper-specialised niche, the MIL-SPEC I and MIL-SPEC II watches stand head and shoulders above the rest. These watches were first created in 1957 to meet the very specific needs of the United States Navy. In fact, if you really want to nerd out we’d highly recommend reading the actual military specification – MIL-W-22176A(SHIPS). The most distinctive feature of this watch is the hemispheric moisture indicator on the bottom half of the dial. It’s this feature that Blancpain has celebrated with the MIL-SPEC, and that lies at the heart of its charm. 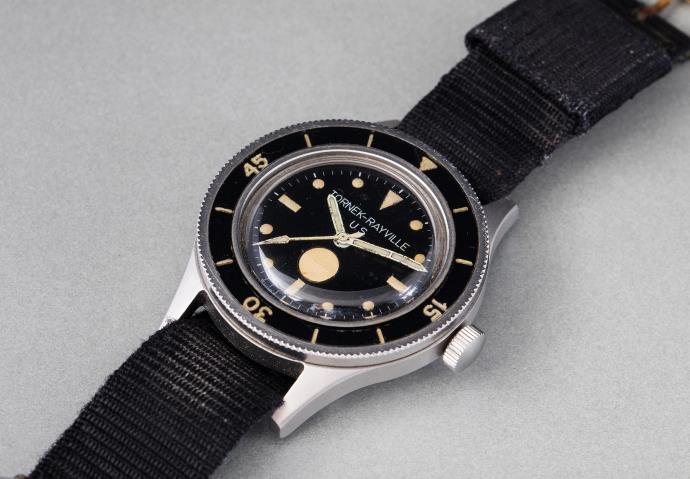 Before we dive into the current model, let’s first look back at the Tornek-Rayville. Created to meet MIL-SPEC II, this watch is a great example of what makes watches in general, and vintage in particular, so cool. Roughly 1000 of these watches were issued to the United States Navy in the early 1960s, as part of a tender won by Allen Tornek’s company Rayville. Now, American naval divers had been using the Fifty Fathoms for some time, but the Buy American Act required government bodies to prefer US-made products. So to get around this, Tornek essentially rebadged the Fifty Fathoms, possibly swapping out the Swiss jewels for American-made ones. Because the vast majority of these Tornek-Rayville watches were destroyed by the US government, they’re very, very rare these days. The example pictured sold a few months ago for 60,000 CHF. For most of us, this watch is unobtainable for numerous reasons, but that’s where the Tribute to Fifty Fathoms MIL-SPEC comes in. 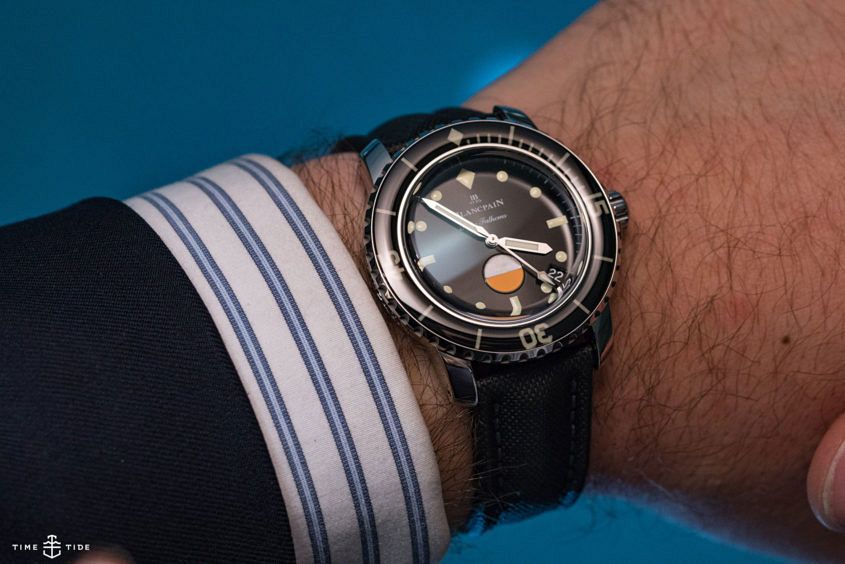 While this MIL-SPEC deviates from the above specifications, it’s still a very fitting tribute indeed. The watch features a well-sized 40mm case in polished steel, with a bezel covered by a sapphire insert – a characteristic feature of modern Fifty Fathoms watches. It’s powered by the caliber 1151, with four days of power reserve, silicon balance and NAC-coated white gold winding rotor, all visible through the clear caseback. The moisture indicator on the dial is functional too. Even though it’s unlikely you’ll have issues with the 300m rated case, if you see the indicator changing colour, you should get it out of the water and into a service centre, stat. While this tribute tones down the austerity of the military original, it’s a great testament to Blancpain’s long and notable dive legacy. 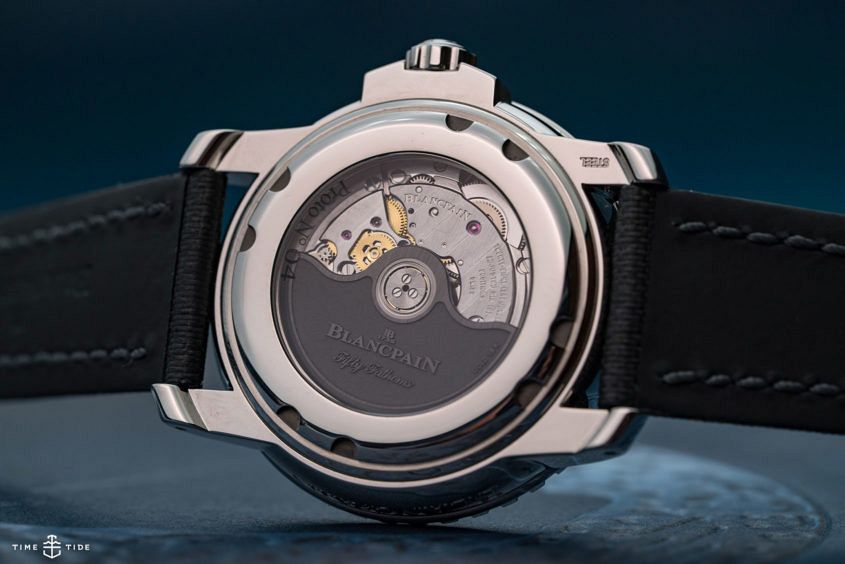 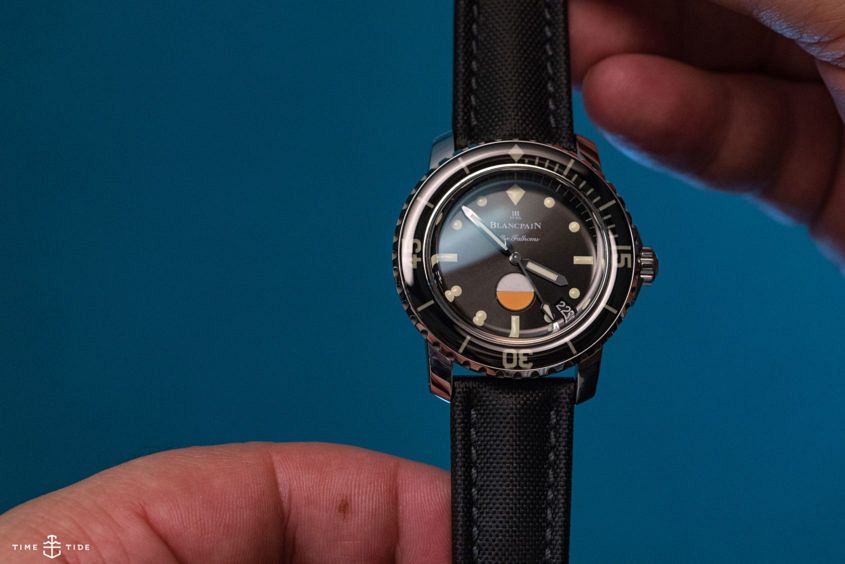