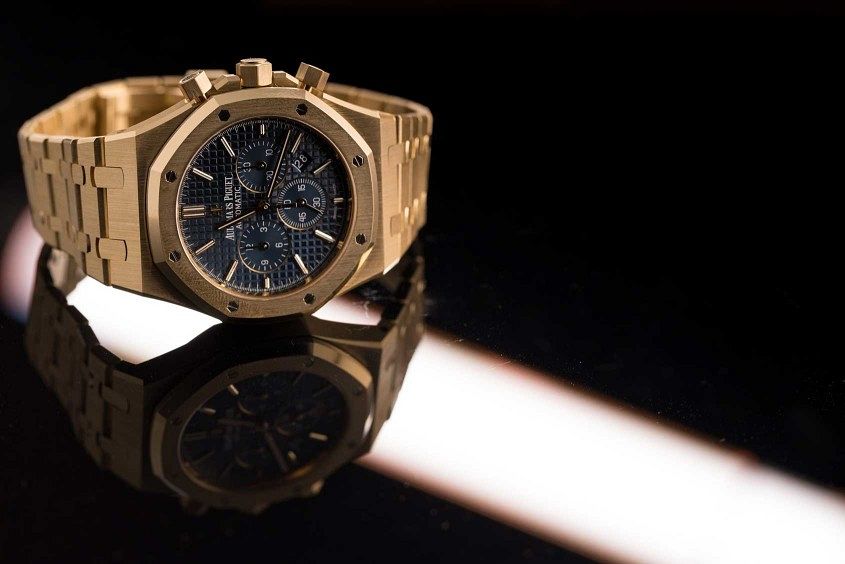 STORY IN A SECOND: When the first Royal Oak was released in 1972 in steel it was a revelation. Now, in 2016, there’s a milder ripple of surprise, but surprise nonetheless, to see it return in the least on-trend of golds, yellow.

The Audemars Piguet Royal Oak is one of the enduring giants of horology. Since its release in 1972, the iconic Genta design has spurred industry trends, copycats, controversies, and has inspired a renaissance in luxury sports watches, introducing them to an entirely new generation. The Royal Oak was the first luxury steel sports watch, but, in the lyrical words of the brand, the “steel body concealed a heart of gold”. That said, a few years later, in 1977 a yellow gold version was released and now, almost 40 years later, the original precious metal is back. 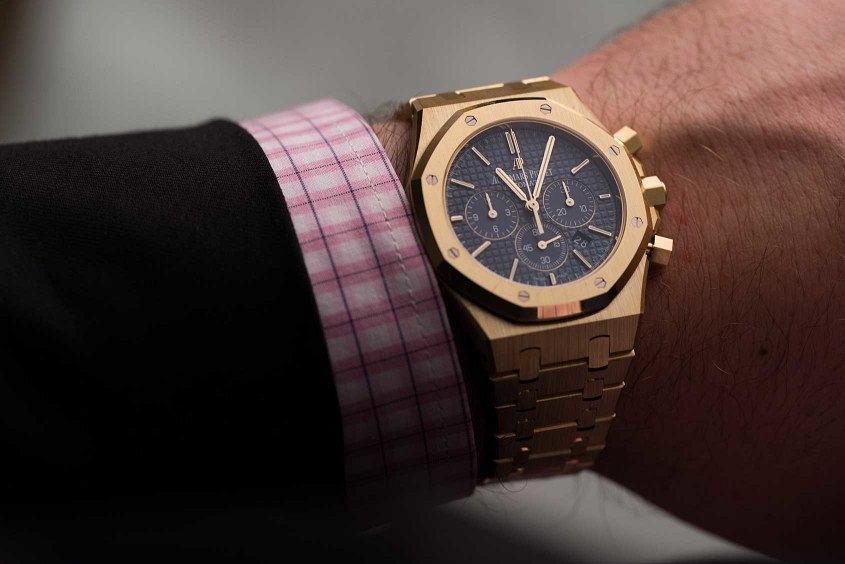 Audemars Piguet has just announced a number of new yellow gold Royal Oak models. A standout is the Royal Oak Chronograph reference 26320BA. The 41mm 18-carat gold case is home to the archetypal, pantograph-manufactured ‘Grande Tapisserie’ dial in a choice of either silvery grey, or a new, paler blue, a colour which offsets the vibrant yellow gold. Powered by the bulletproof Calibre 2385, the movement features a remarkably thin profile, 55-hour power reserve, and has incredibly smooth actuation, as in the pushers are a joy to use. There’s a power and confidence around a solid yellow gold watch that’s hard to beat. 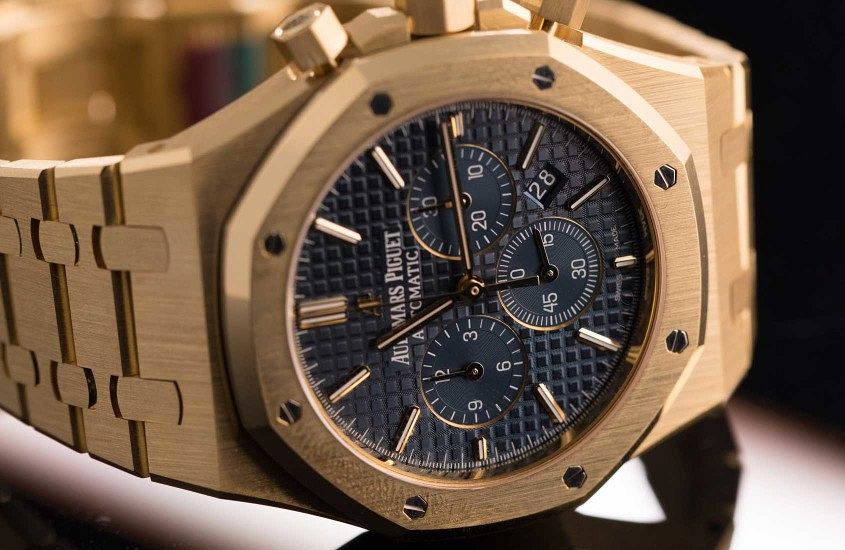 These days yellow gold is not a popular choice for watchmakers and AP appear to be going against the grain and trendsetting, just as they have in the past with the Royal Oak. We were big fans of the two-tone silver and gold ref. 15400SR released in 2015, but the new ref. 26320BA is aimed at the bold watch lover who appreciates history and quality, and is willing to overturn the rose gold bandwagon. 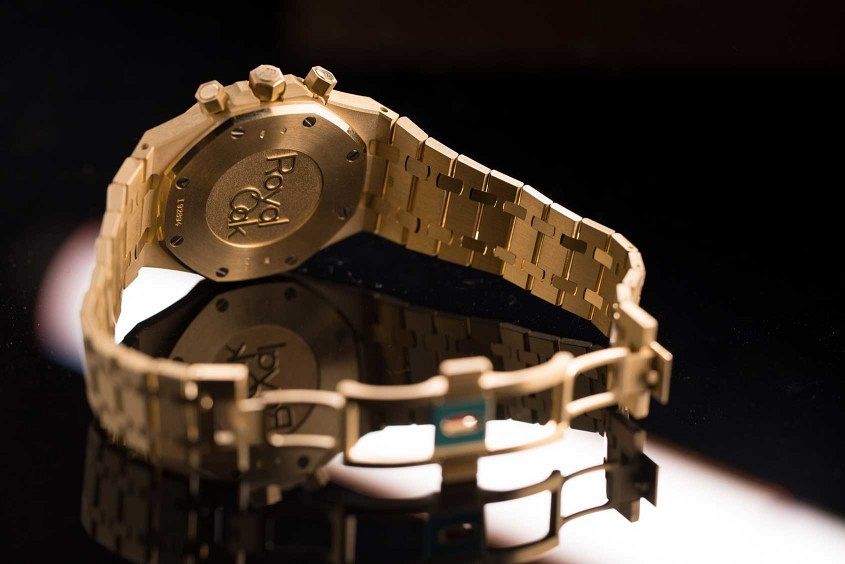