Watch enthusiasts and automotive enthusiasts have a lot in common. It’s not just that the demographics intersect, but there is definitely a link in the appreciation for outstanding feats of engineering. Both can be artistic expressions, with form meeting function, and both can be all-out utilitarian objects with pure performance in mind. The TAG Heuer X Grand Prix de Monaco Historique is a watch that sums up one of the age-old arguments between both watches and cars: old versus new. 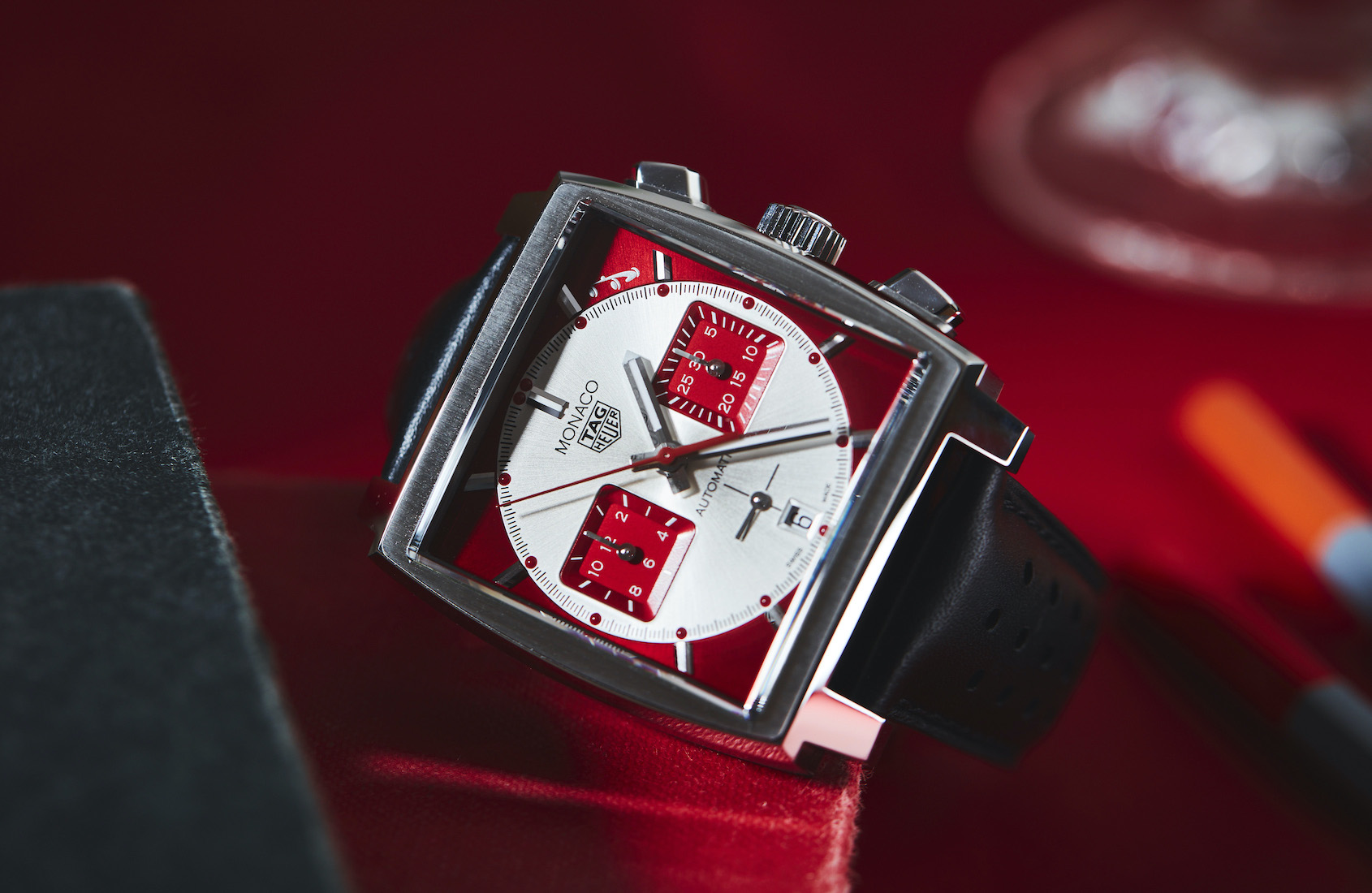 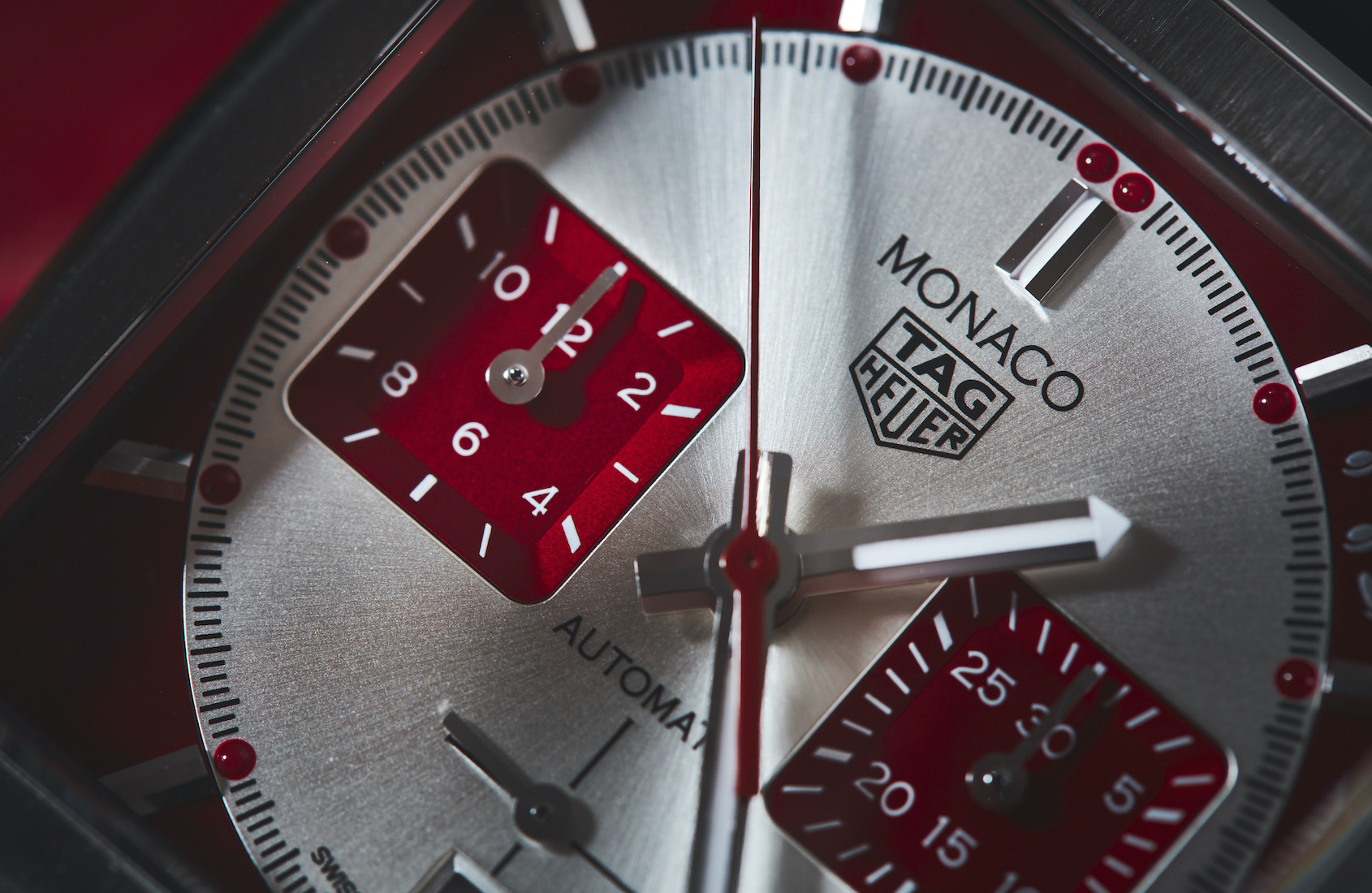 The Monaco’s classic squares-in-a-circle-in-a-square look is undeniably attractive, and the Coca-Cola style of the white centre-dial and vivid red highlights just feel so satisfying. Though it’s not exactly white. The silver sunburst offers flashes of white and grey, as the sunburst brushing continues to radiate through the outer red sections, offering tones as light as salmon and as dark as oxblood. 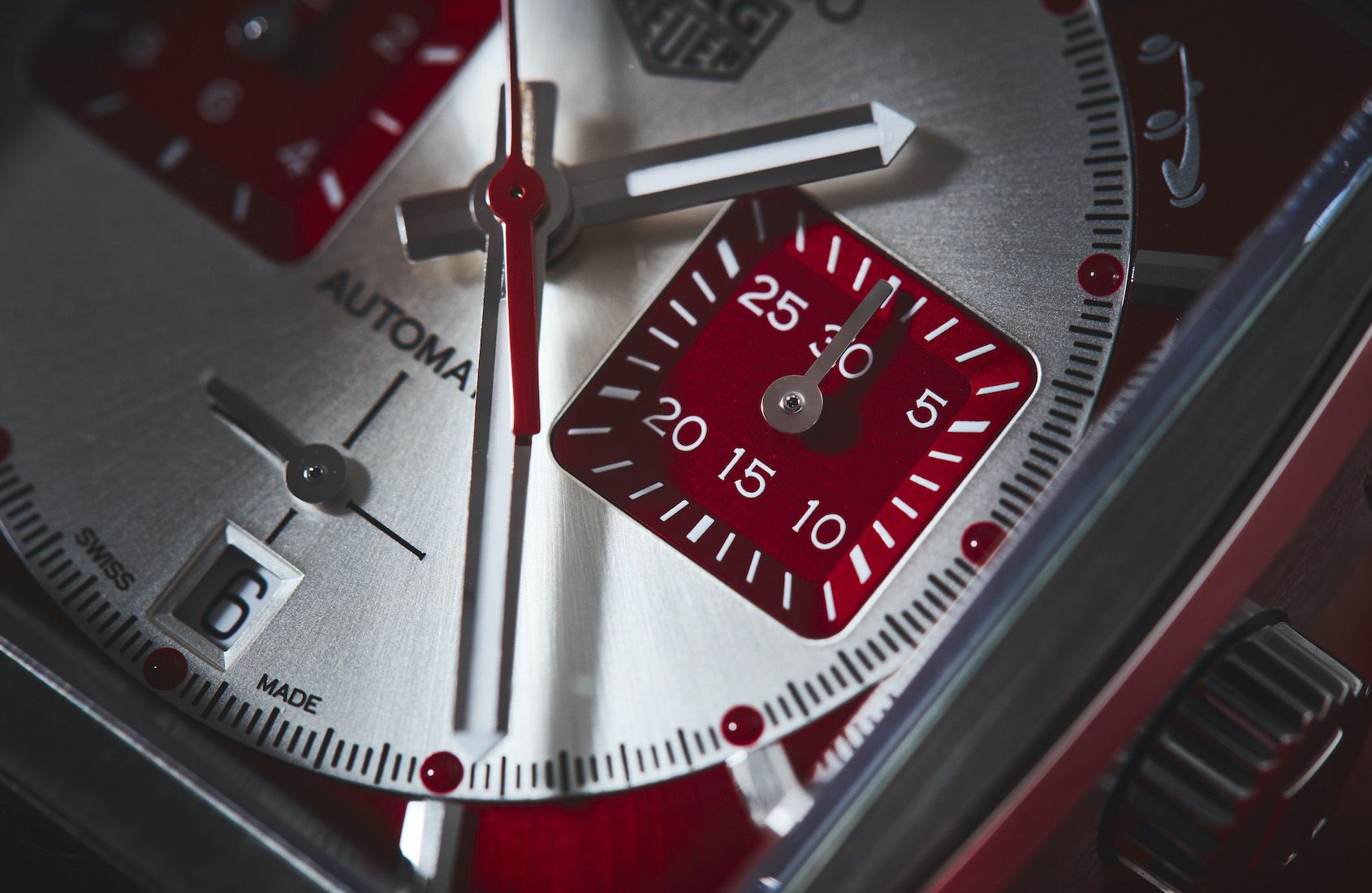 The red on this watch is a perfect hue, looking neither too saturated nor too flat. The sub-dials are matte in texture, leaving the registers perfectly legible. Although the main hands aren’t very contrasted being steel-on-silver, the minute hand extends out to the applied indices so it’s a bit easier to read at a glance. To top it off, the date display is neatly arranged beneath the sub-seconds, making sure the symmetry of the square isn’t interrupted. 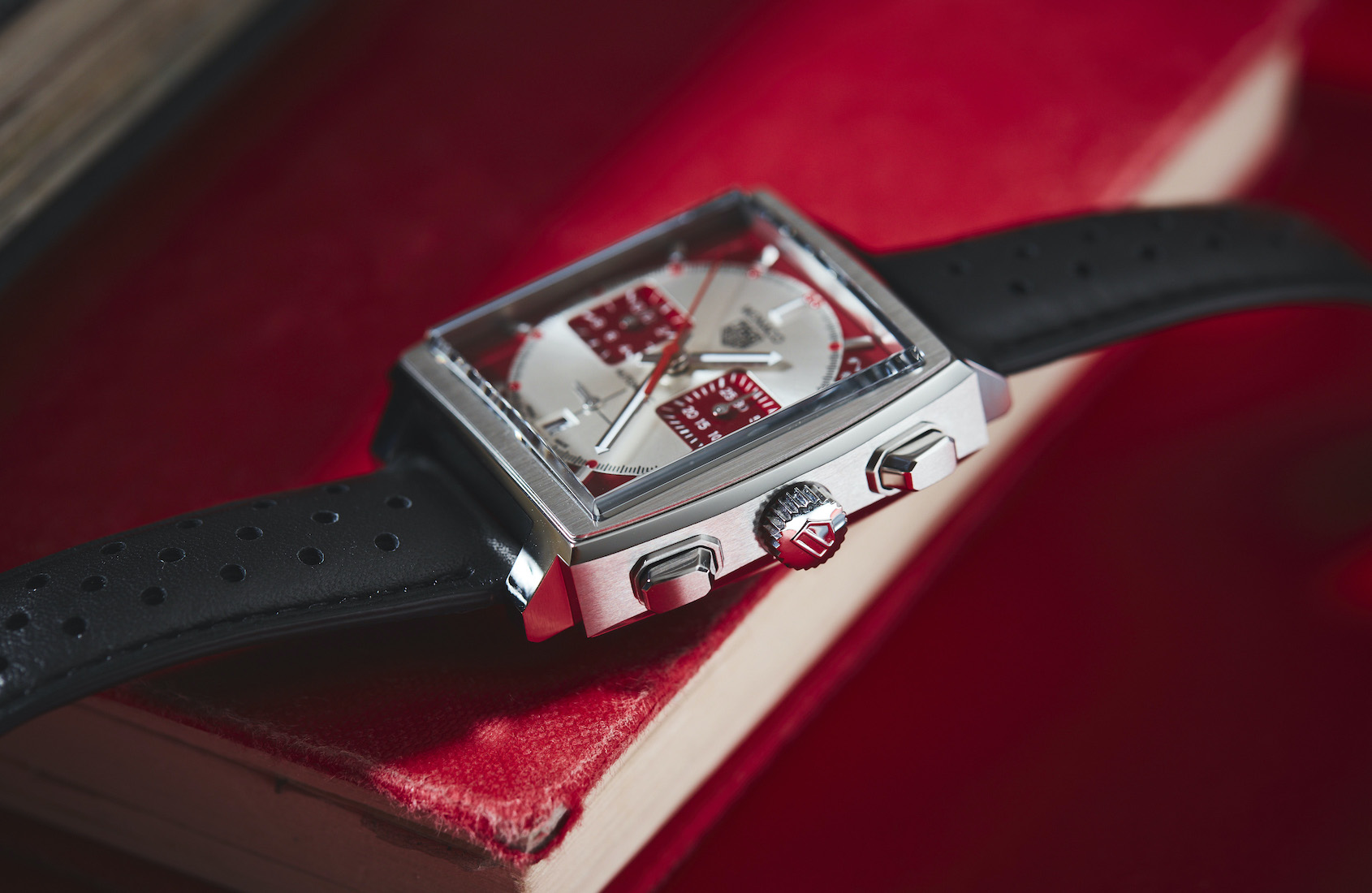 The 39mm Monaco case is nothing new at this point, but that doesn’t mean that it shouldn’t still be exalted. What may at first seem like a simple square, is actually built up of subtle facets and some pleasing curves. The brushed bezel and arched case sides keep the sportiness, while the high-polished lugs and chamfered edges give the Monaco some bling that it deserves. 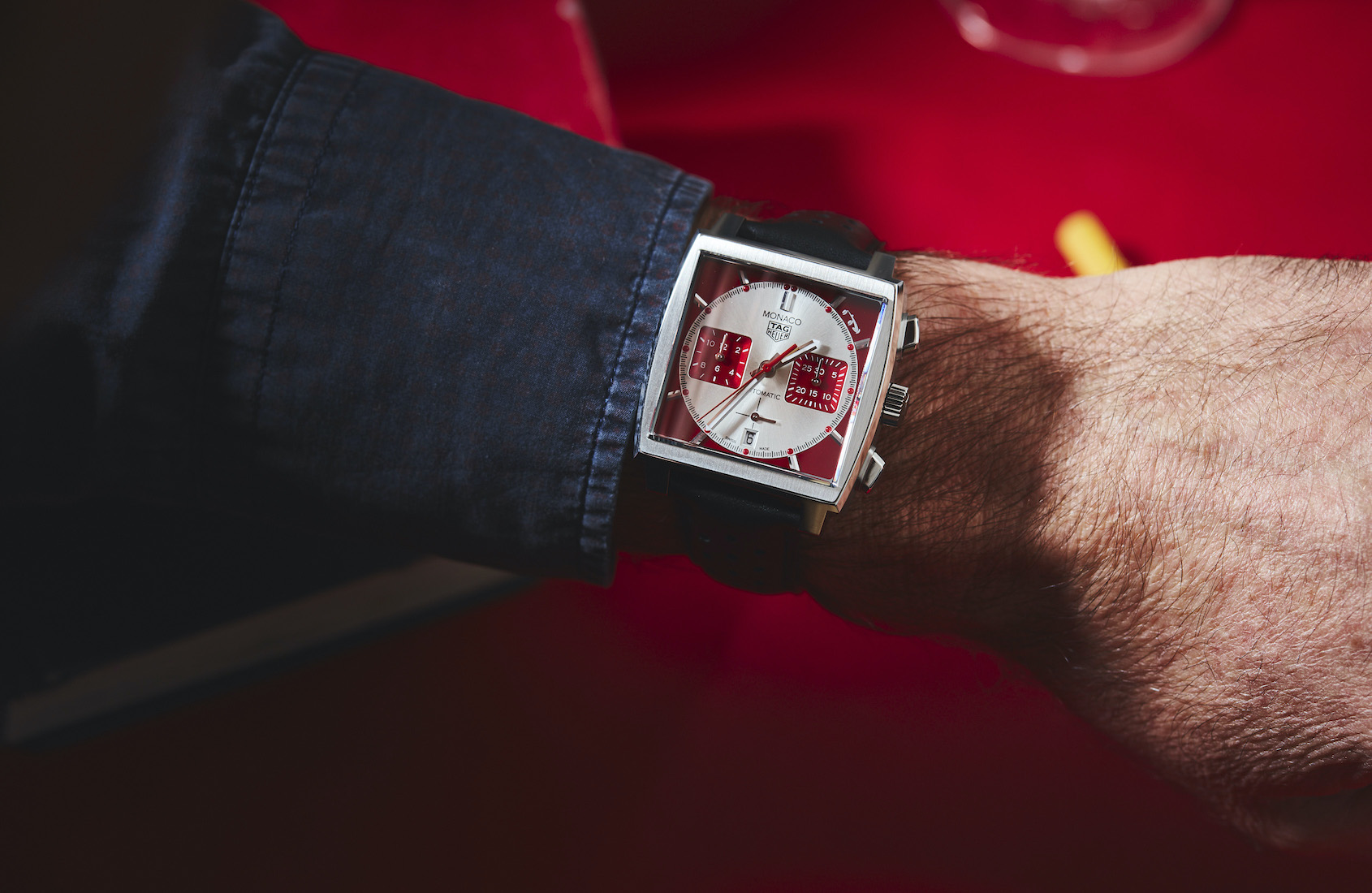 Even the pushers are lovingly integrated into the case with subtle flanges, and each corner chiselled for a refined take on the blocky theme. With the perforated black rally strap, the case is well-framed and has no attention drawn away unnecessarily. 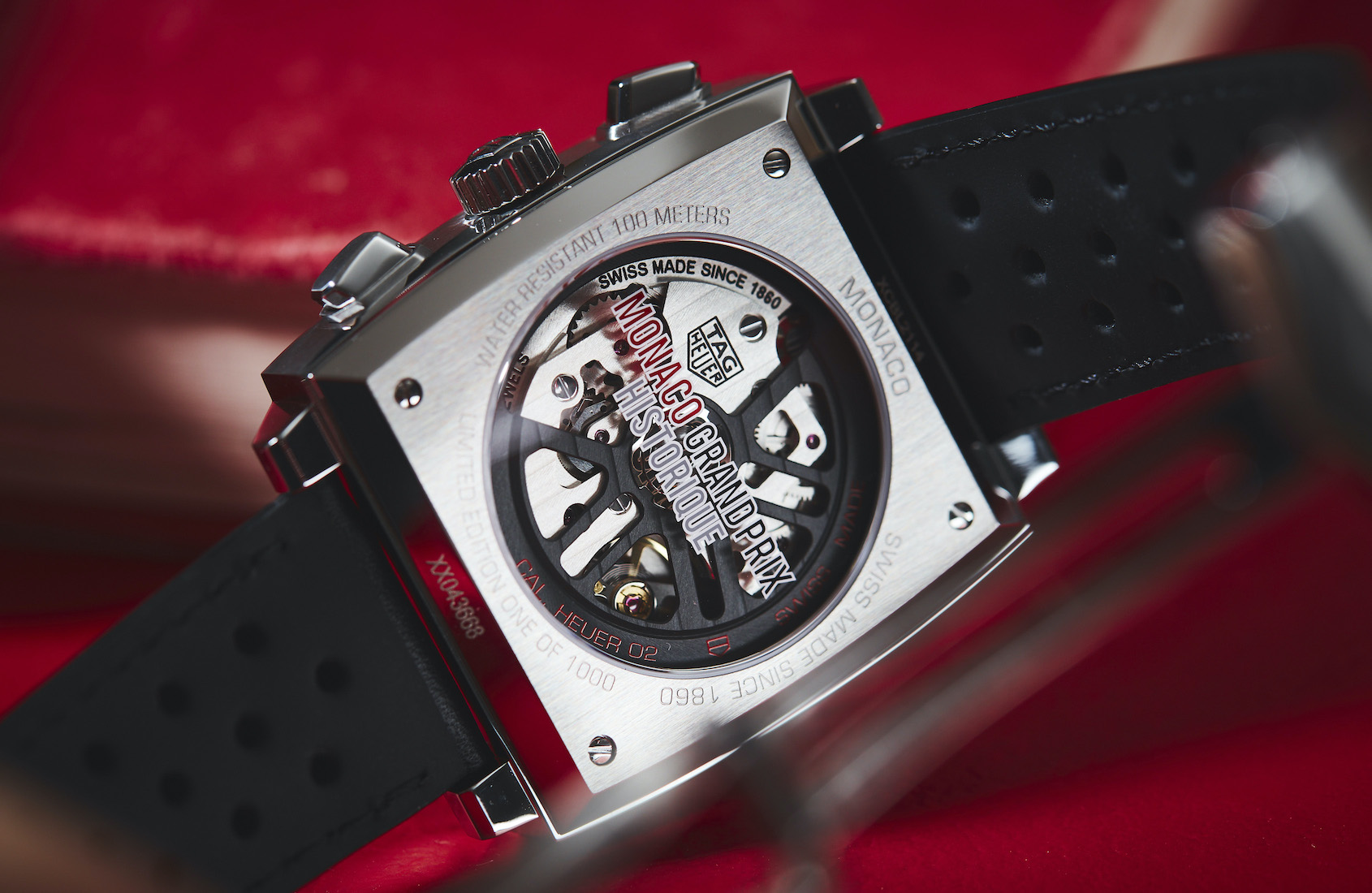 The Heuer 02 is reaching a point of ubiquitous celebration, having proven itself to be a reliable and impressive example of watch manufacturers moving in-house for their movement designs. Based on the original Calibre 1969, also known as the CH80 and the Heuer 01, the 02 boasts a whopping 80 hours of power reserve at the Swiss-standard 28,800 vph beat rate. 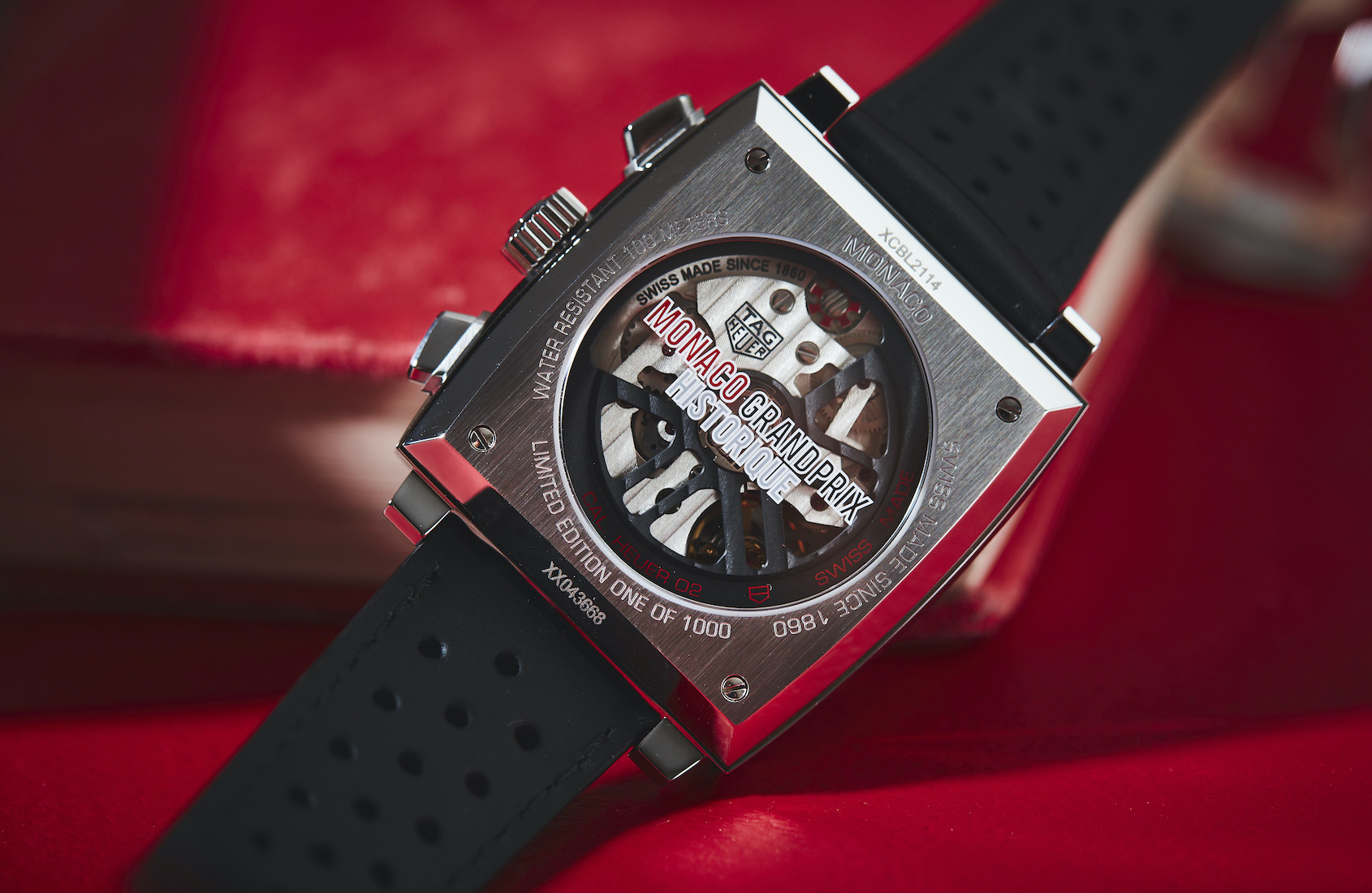 The red column-wheel gives the pushers that satisfying and positive click, making the chronograph a joy to engage, stop and reset. The sleek black winding rotor with its punchy red text is visible through the display caseback, adorned with the text Monaco Grand Prix Historique, although thankfully this is placed in a way that doesn’t obscure too much of the movement. 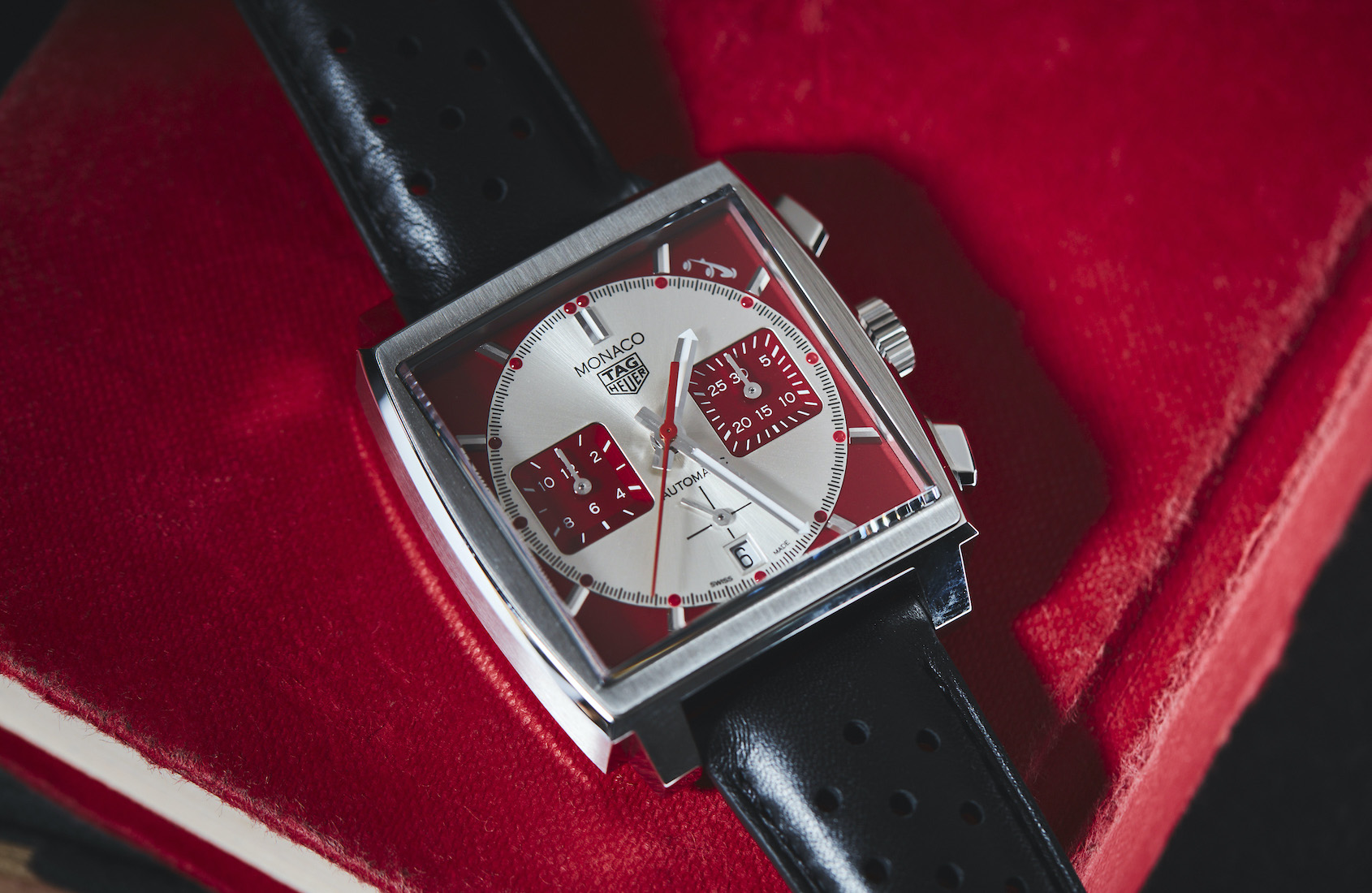 The real crux of the ‘old versus new’ debate is that while modern technology provides convenience, quality and reliability, there just isn’t the same amount of romance involved with vintage pieces. To pay homage to the old world’s character, while retaining the bones of quality expected in a 21st century luxury watch, is the ultimate achievement of the TAG Heuer X Grand Prix de Monaco Historique, as well as many TAGs in general. At $10,250 AUD, you’re paying a little more than a grand extra for the limited edition dial, and that seems like an acceptable premium for such a drastic change of appearance from the original. 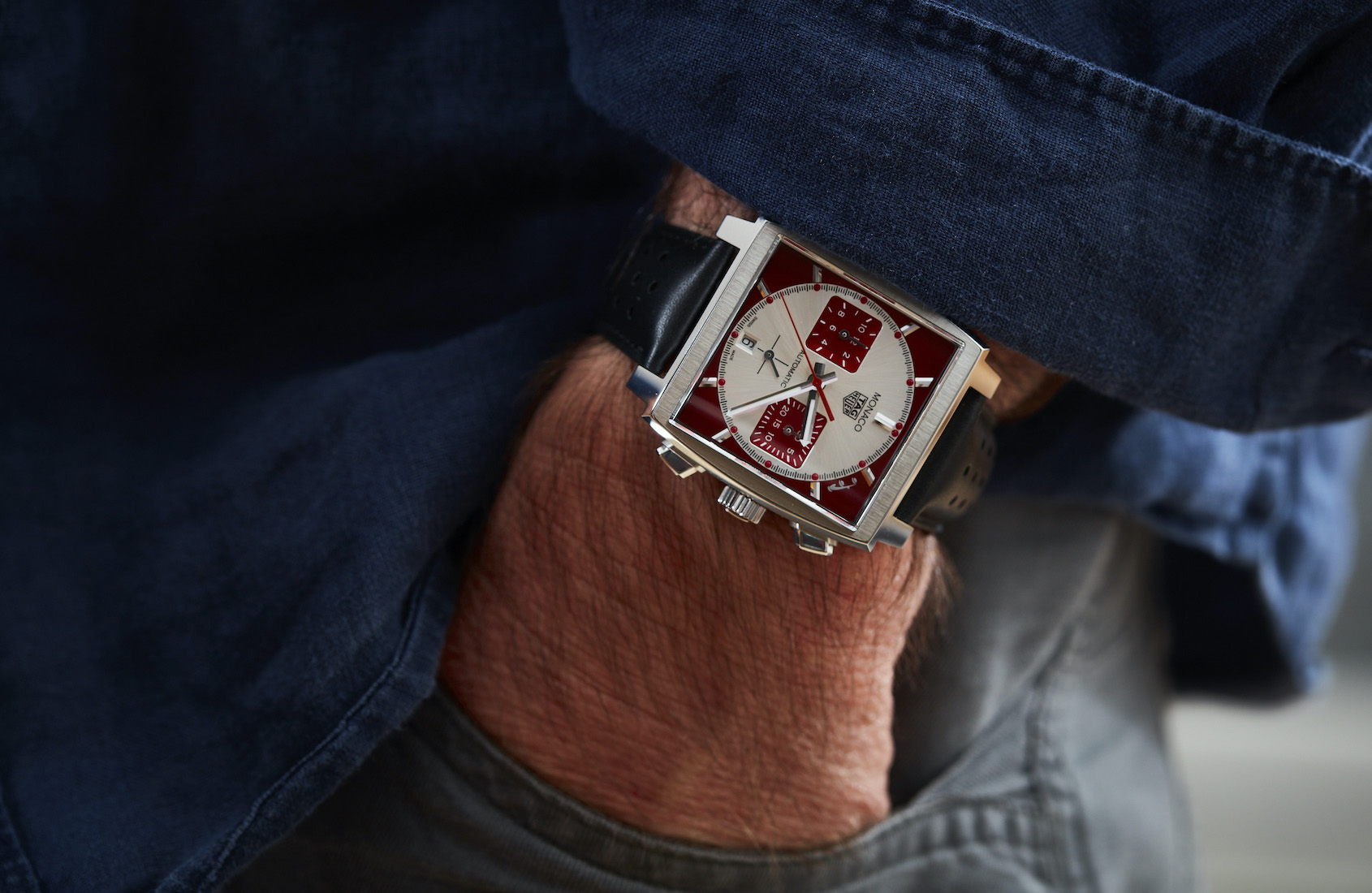