Coming from an incredibly specific corner of the independent luxury market, Speake-Marin are probably not a brand you come across very often either online or in the metal. Originally creating bespoke watches for clients one at a time, the brand established a unique style that guarantees curiosity when spotted on the wrist, their cult following has warranted the release of a production range of Speake-Marin watches with limited-edition allure. The Speake-Marin Dual Time Lime is a dose of haute-luxury in a package unlike many others, smashing together lurid sportiness with traditional elegance. 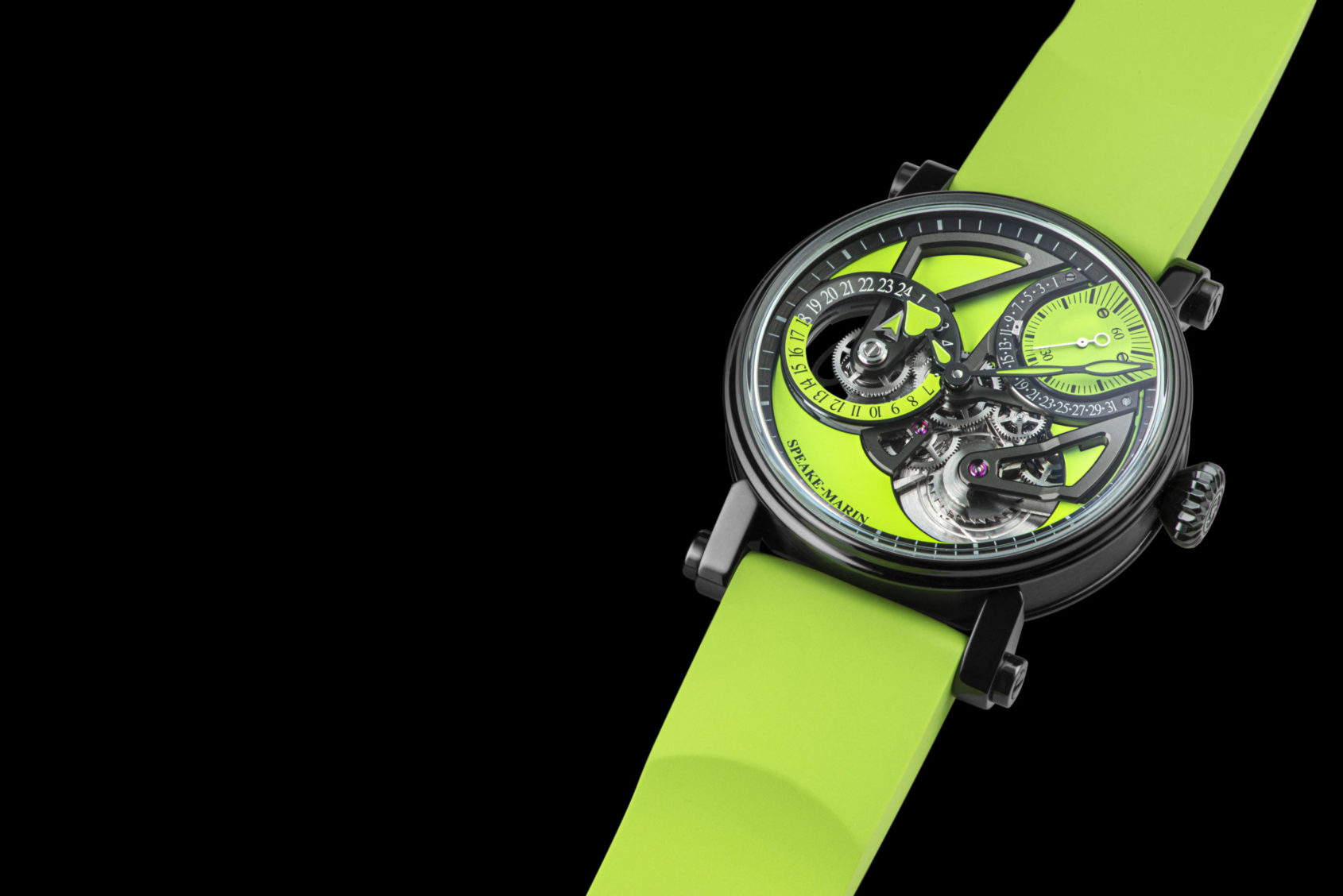 Speake-Marin have only recently introduced an entirely new case shape known as LaCITY, however the Speake-Marin Dual Time Lime uses the case that grew their popularity — the Piccadilly. Paying tribute to the English heritage of the brand’s founder, this generation of the Piccadilly case brings a slightly blocky, almost industrial approach to what could otherwise be seen as a decadent and ornate silhouette. The lugs that jut out of the case with extended screws for the strap are reminiscent of regal jewellery, as if an 18th century monarch would wear this were wristwatches made popular at the time.

The black DLC coating offers two things, with the first being a perfect contrasting base for the hyper-bright green to shine through and the second being fantastic scratch resistance. Beneath the coating, the case is made from titanium that keeps the watch feeling light on the wrist — ideal for a summer-oriented watch on a flexible rubber strap. It’s available in two sizes to cater for a variety of wrists, one in 38mm and the other in 42mm. The dial actually doesn’t change between those two references, with the larger version just having a more visible bezel and longer lugs to fill out a larger wrist and intensify the visual bulk. 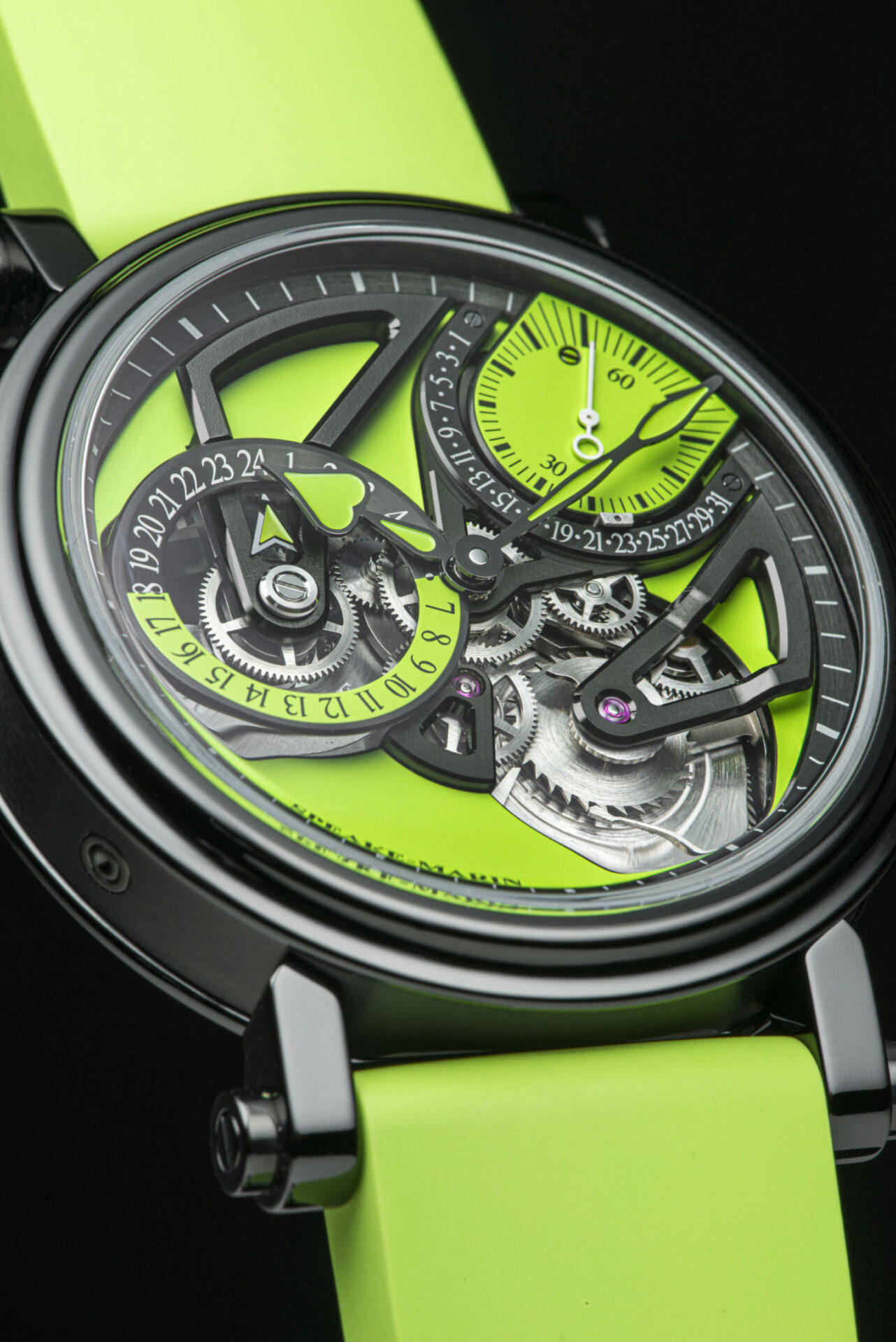 We all know that green dials have been incredibly popular over the last few years, but the green spectrum goes far beyond a conservative drab olive and a British racing green. The Speake-Marin Dual Time Lime goes all out with its bright and undeniably glaring tone which almost looks like it’s glowing under regular light. With the highlighted parts of the dial in full zest, the black parts emphasise their structural and architectural nature. Combining elements of skeletonisation, windows to the mainspring barrel and the 24-hour workings are open for viewing as the silver tones of mechanical parts help break up any chance of black and green monotony.

In addition to the dual time complication, the Speake-Marin Dual Time Lime also features a retrograde date display that surrounds the running seconds sub-dial, ensuring that the watch is actually practical as well as visually stunning. The legibility of the main hour and minute hands isn’t the best, as the black surrounds only stand out when they’re above a green part of the dial, however the elegant shapes link back to the overall look of the case and help keep the dial from looking too anachronistic. The lack of hour markers is notable too, with just a chapter ring around the dial’s perimeter offering slightly thicker lines. 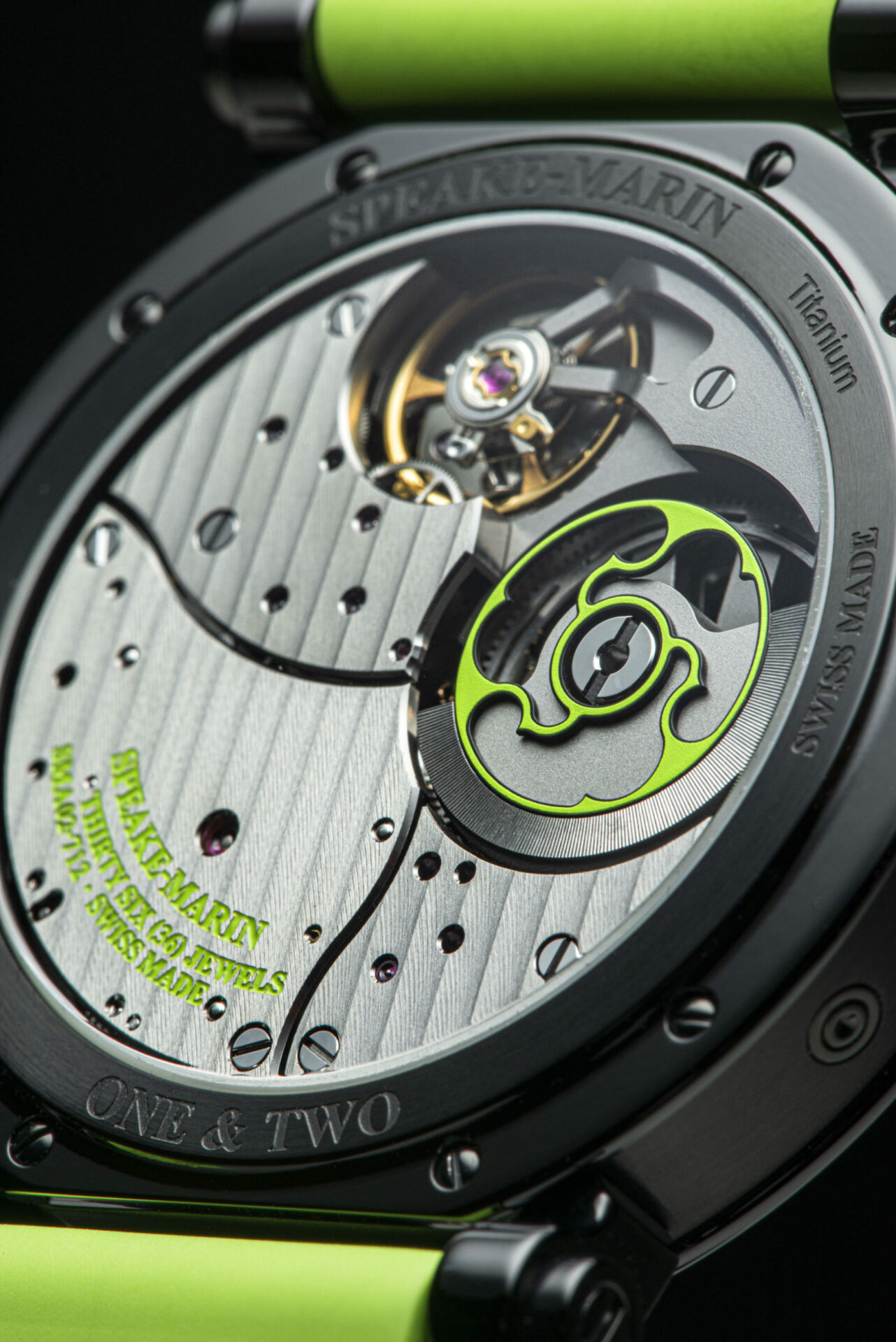 Being visible from both the skeletonised dial and the sapphire display caseback, the Speake-Marin Dual Time Lime uses their SMA02 Calibre that has featured in many of their Dual Time catalogue previously. The rear of the movement is almost entirely Geneva-striped plates, directing interest to the beating balance wheel and the automatic micro-rotor. The rotor’s decorative frame as well as the engraved text is filled with a matching green paint to continue the theme, and the watch runs at 21,600 vibrations per hour over 48 hours of power reserve. 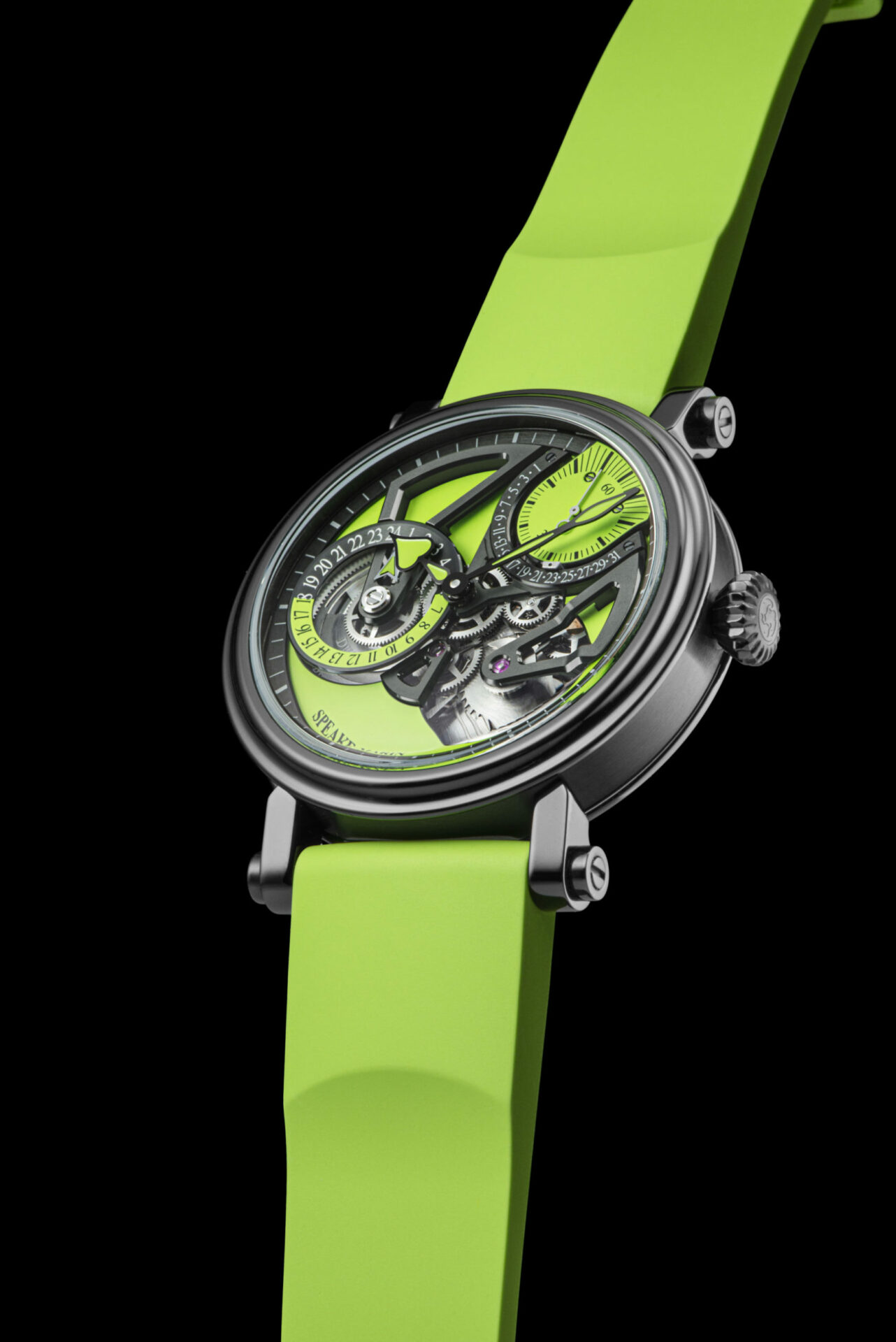 If you’re looking for something that nobody else has or even knows about, Speake-Marin may be the perfect brand to impress, and the Speake-Marin Dual Time Lime may be the perfect watch for it. With a 30m water resistance rating you’re unlikely to wear this to the beach, but while lounging on a yacht, walking along a harbour, or just cruising through some sunny streets then it will happily reflect those small joys in life. This is a weekend watch through-and-through.