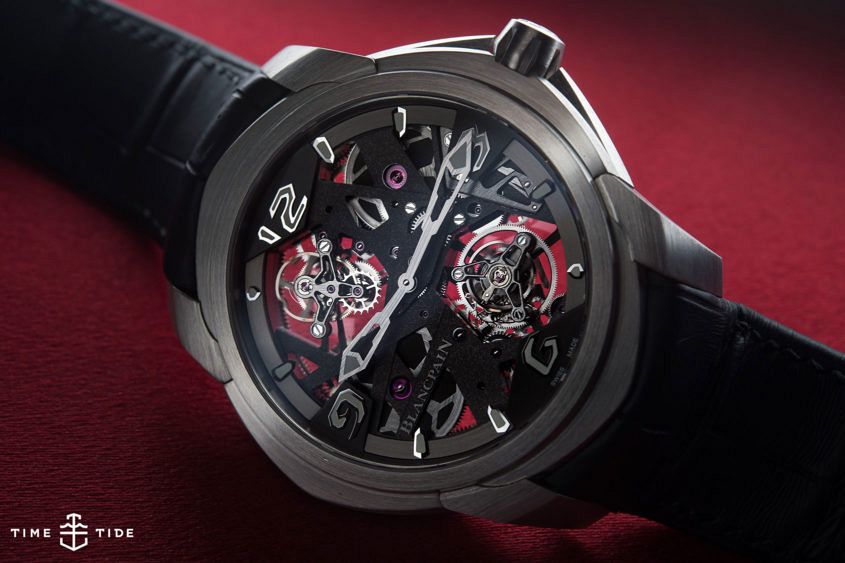 The watch you’re looking at isn’t a Richard Mille or Hublot creation. No folks, this is made by Blancpain. And who would have expected a brand best known for its famed Fifty Fathoms and dressy Villeret collections to come up with this delicate symphony of complication, housed in an avant-garde, industrial body? Precisely no one. But that’s what the L-Evolution collection is all about: aggressive lines meeting some of the finest watchmaking Switzerland has to offer. A surprise of the best possible kind. 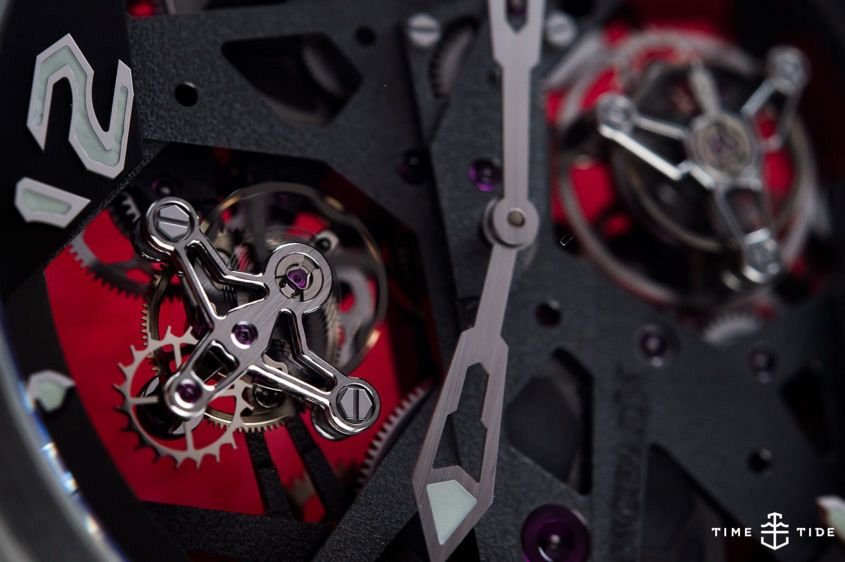 As the name suggests, the watch features a flying tourbillon and a carrousel, and while you’re probably all familiar with the concept of a tourbillon – originally designed in 1795 to counteract the impact of gravity on the delicate escapement – there’s every chance you might not have come across a carrousel before. 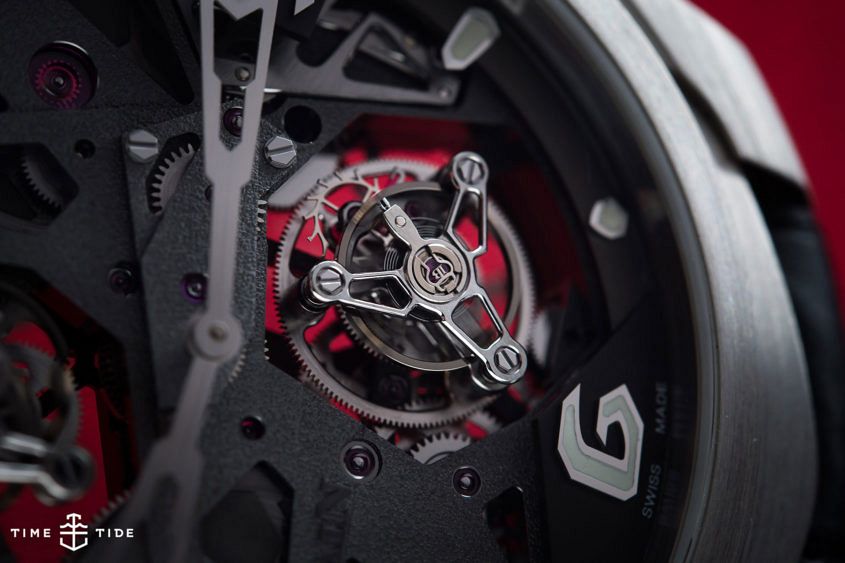 Compare the two images, and you’ll notice there are similarities, and that’s because the carrousel – first patented in in 1892 – has the same goal, to reduce the impact of gravity on the accuracy of a watch. But while a tourbillon, with its cage containing escapement and balance, relies on a single gear train for power, the carrousel uses two gear trains – one to rotate the cage, and another to power the balance wheel and escapement. 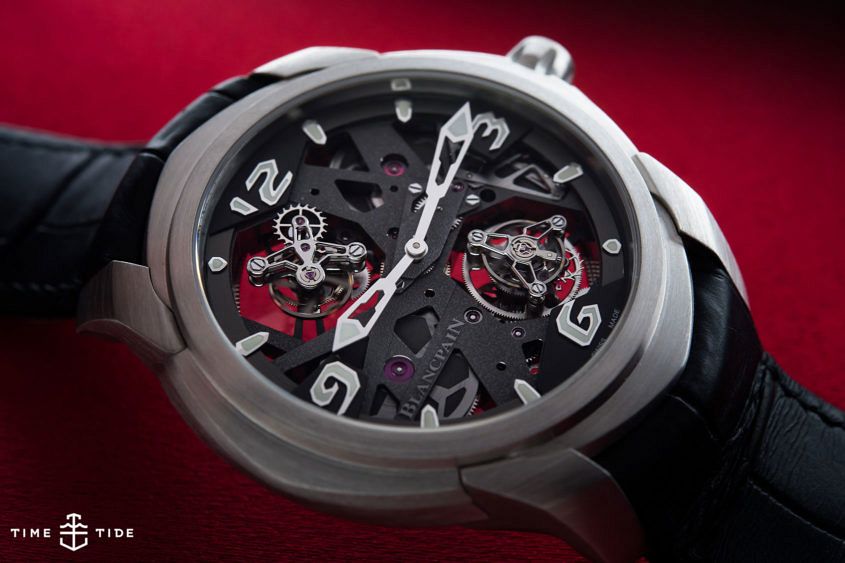 In the caliber 2322V2, each complication has its own power barrel, which allows for a more balanced movement architecture. Both barrels are wound by a single crown, which has around seven days of power reserve. It’s an impressive movement, aesthetically and technically – and really, the movement is what this watch is all about. 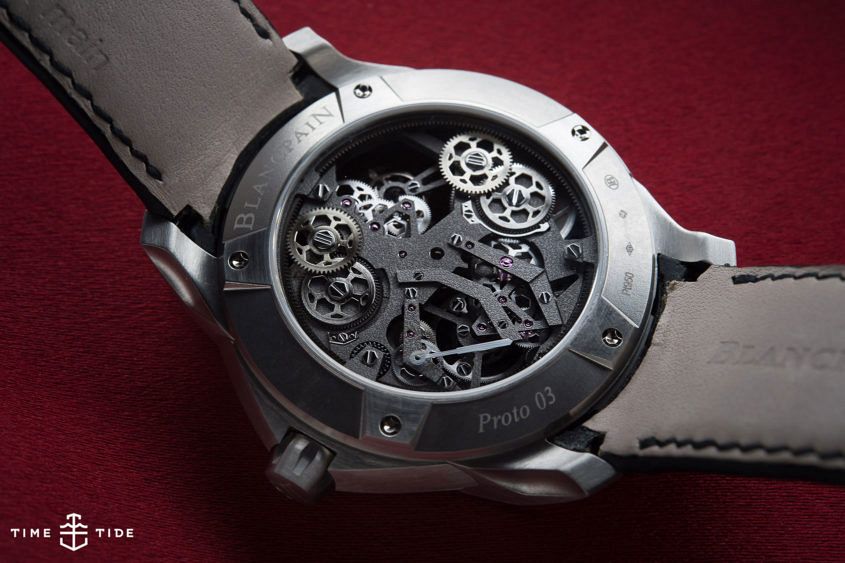 It’s a genius move on Blancpain’s part to place this caliber – which falls firmly into the ‘because we can’ school of watchmaking – inside the big, 47.4mm platinum case. Visually it’s so unexpected – there’s not a phase de lune or Grand Feu dial to be seen. But this dissonance works. Every detail, from the dark galvanised treatment of the movement plates, to the vaguely diamond-shaped case shows off Blancpain’s fine watchmaking in new and surprising ways. 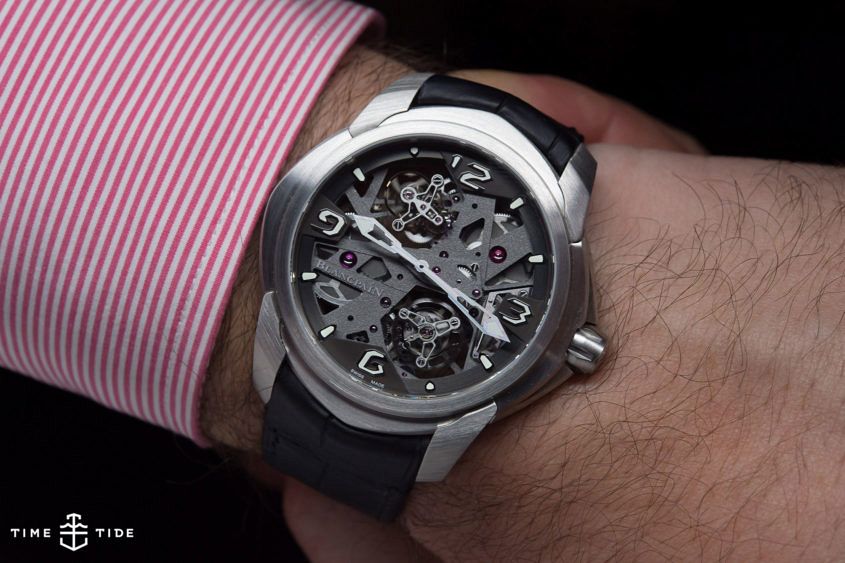