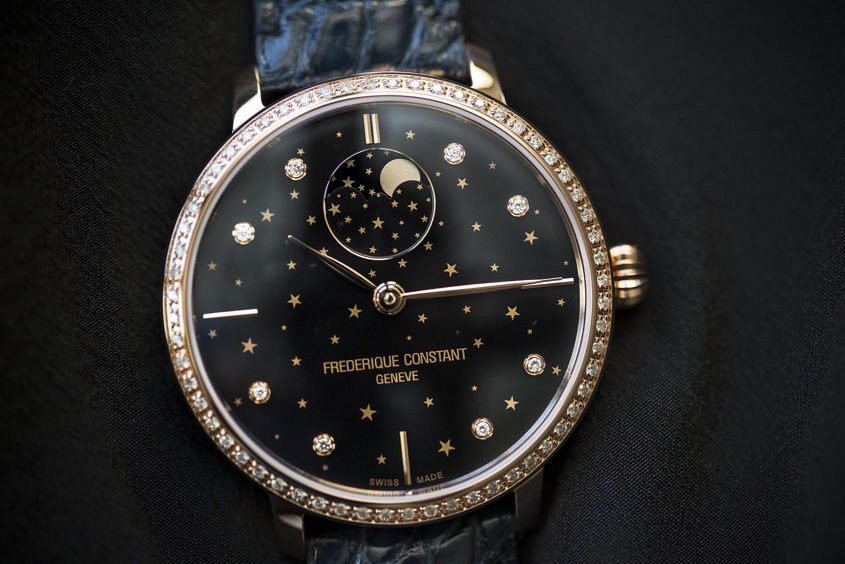 Even here in Australia – relatively under-populated and enormous as it is – you need to venture out to the country to get a proper look at the stars. There’s really no ignoring the stubborn corporate buildings and incessant traffic  that means our cities and towns are constantly bathed in urban glow.

So how do we get our fix of the pure unadulterated night sky? Easy: regular camping trips out in the bush. And for those times of year when that’s not possible? Well, how about a spot of star gazing via the Frederique Constant Slimline Moonphase Stars Manufacture, which has just been unveiled at Baselworld. 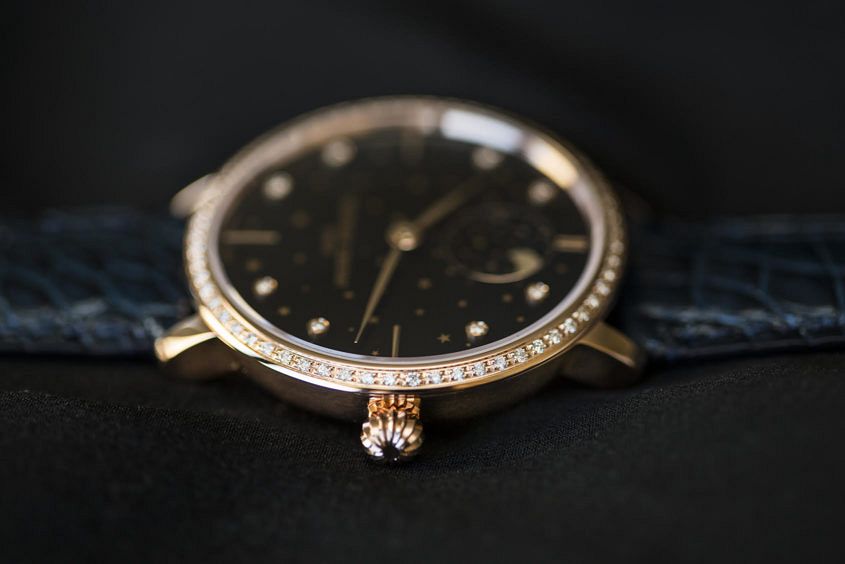 We got a sneak peek ahead of the fair, and it really is lovely. The key feature is clearly the moon phase, which rotates elegantly just beneath the 12 o’clock position, appearing to scatter stars across the midnight dial as it does so.

At 38.8mm, it’s fairly large for a women’s timepiece, and with sixty diamonds sparkling around the bezel, it runs the risk – on paper at least – of being overwhelming. In actual fact, it’s nothing of the sort, and on the wrist, it looks daintier than its size would suggest. There’s even – and even just typing this feels absurd – something minimalist about it. Perhaps it’s thanks to the absence of any numerals, the hours marked instead by a mix of indices and (yes, more) diamonds. 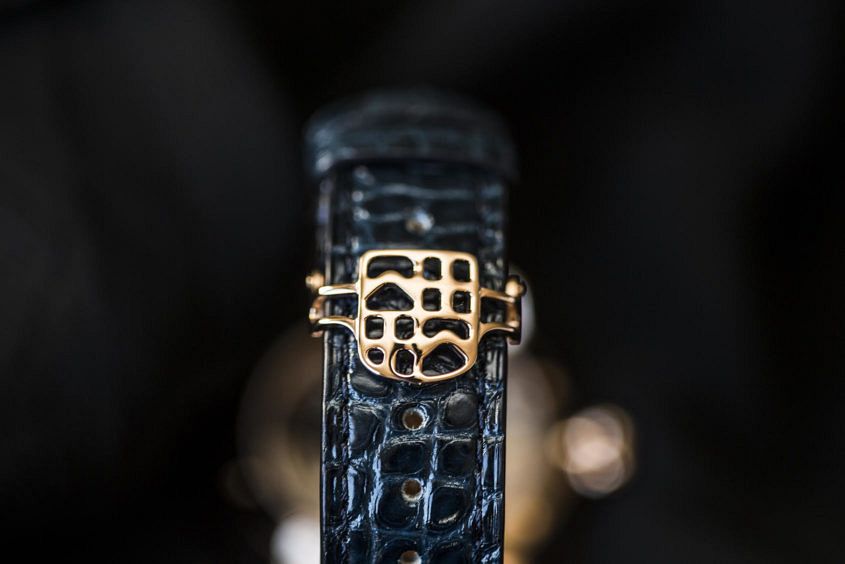 Keeping the watch in place is the super-glossy navy alligator strap, which works beautifully with the theme, as does the intricate gold buckle representing the Frederique Constant logo.

Meanwhile, inside purrs the new automatic manufacture flyback calibre FC-701, which you can get a good look at through the transparent caseback. Given that an in-house movement with a moon phase complication very rarely comes at price point like this, we’re calling this a genuine star-spangled banger. 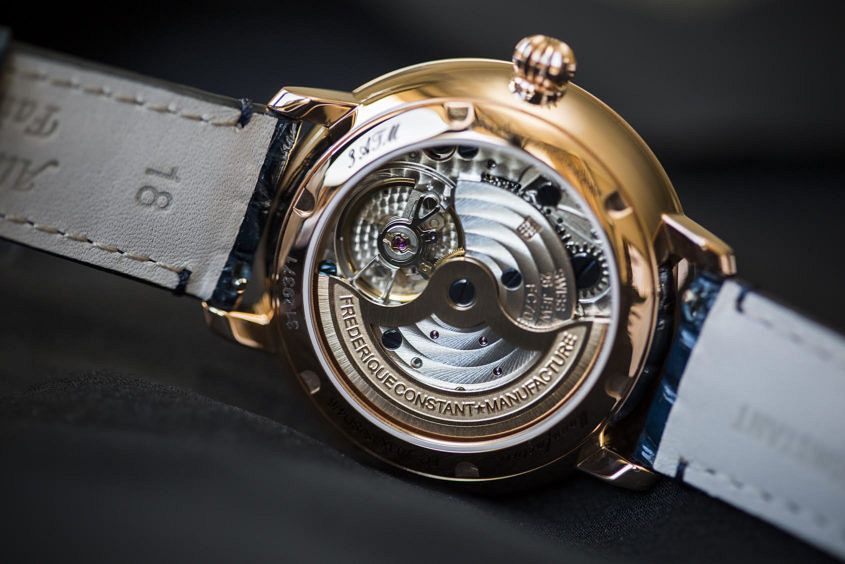 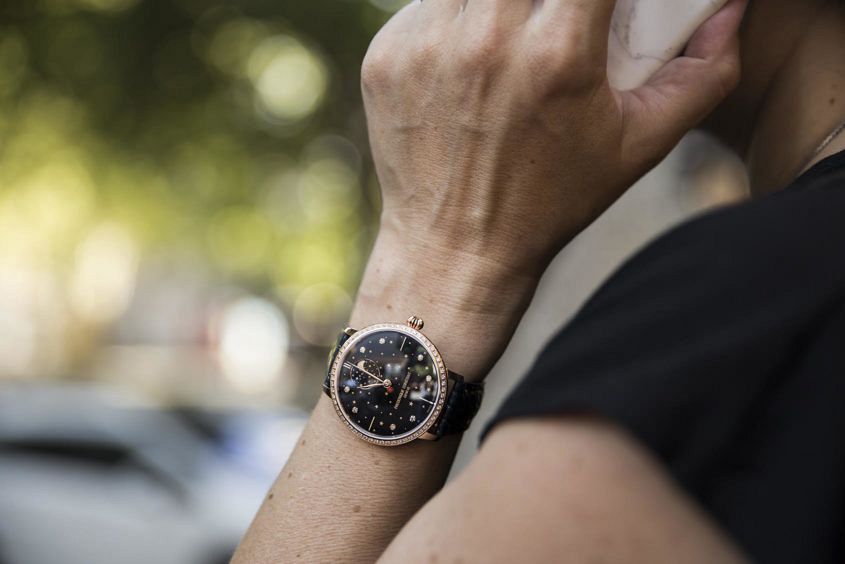