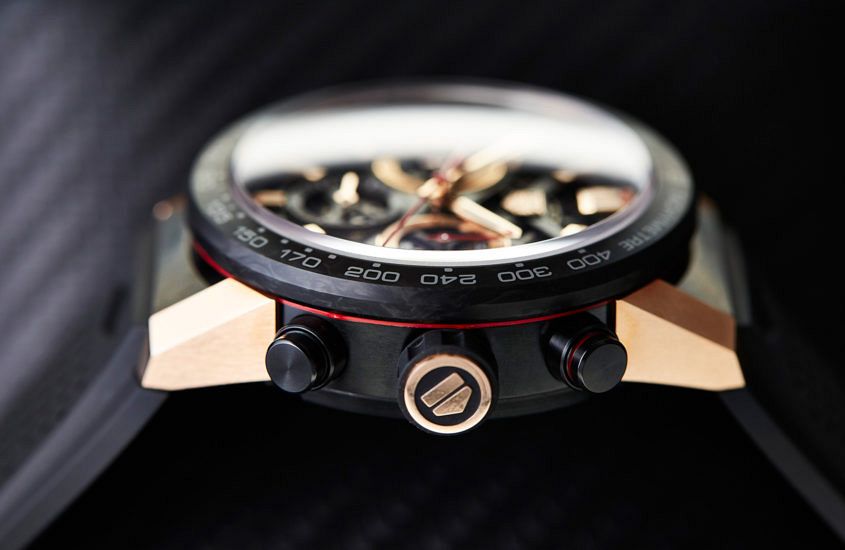 TAG Heuer has never been afraid of trying new things, and the new Carbon collection is proof. To date, it consists of three popular models that have been given a carbon makeover: the Monaco, the Aquaracer and the Carrera. Earlier this week, we showed you the stealthier Carbon Carrera, but today we’re going to make a quick trip to shine town, with the carbon and rose gold model. Now, funnily enough, thanks to the liberal lashings of gold on the dial, crown and lugs, the carbon inclusions on this watch are quite understated, with only the bezel being made of the light and interesting carbon material. 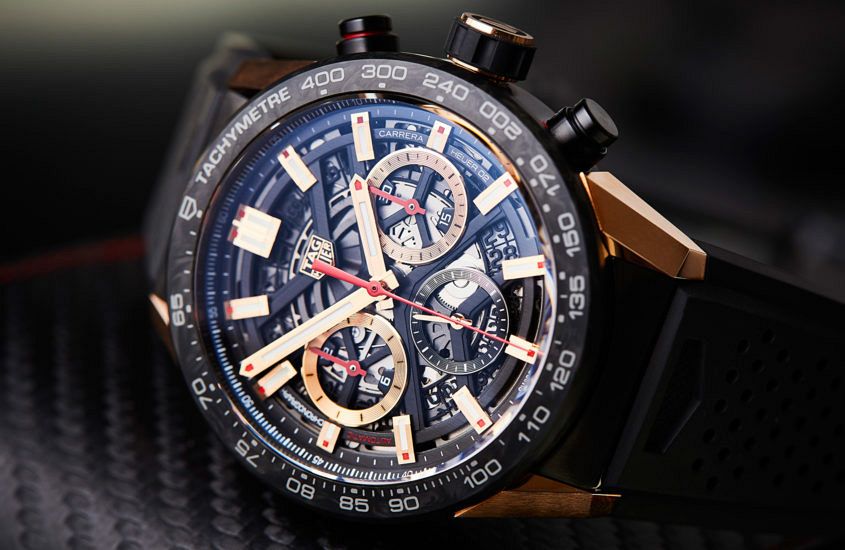 Add to this the fact that the case middle is made from steel given a black PVD treatment, and a rubber strap is attached to the spring bars, and you’ve got a watch that has quite a lot going on. But you know what, it works pretty well, especially if aggressively modern takes on two-tone floats your boat. 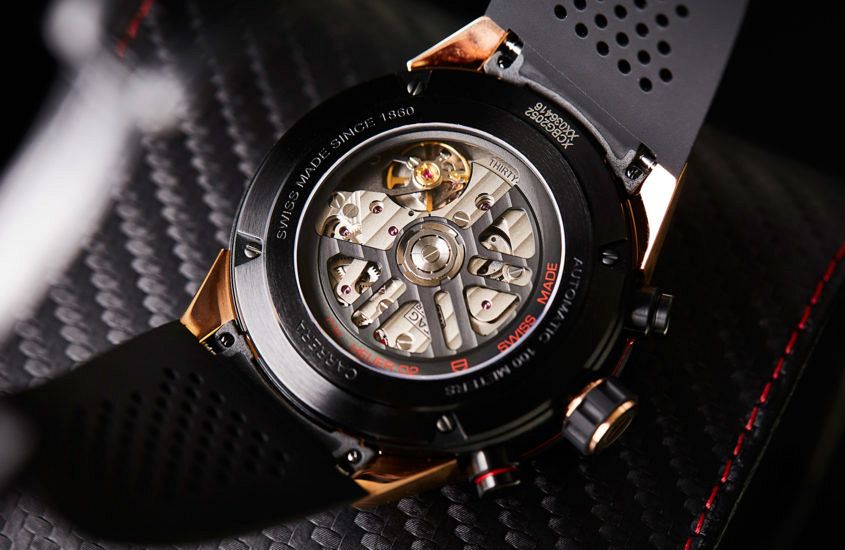 In addition to the obvious aesthetic elements, there are two things worth noting about this Carrera. First of all, this is the 43mm version, which makes a big on-the-wrist difference compared to the 45mm version you may be familiar with. The other big shift is the Heuer 02 movement, which is a pretty great modern chronograph movement, and one that’s becoming increasingly de rigueur across TAG Heuer’s top-tier chronographs. 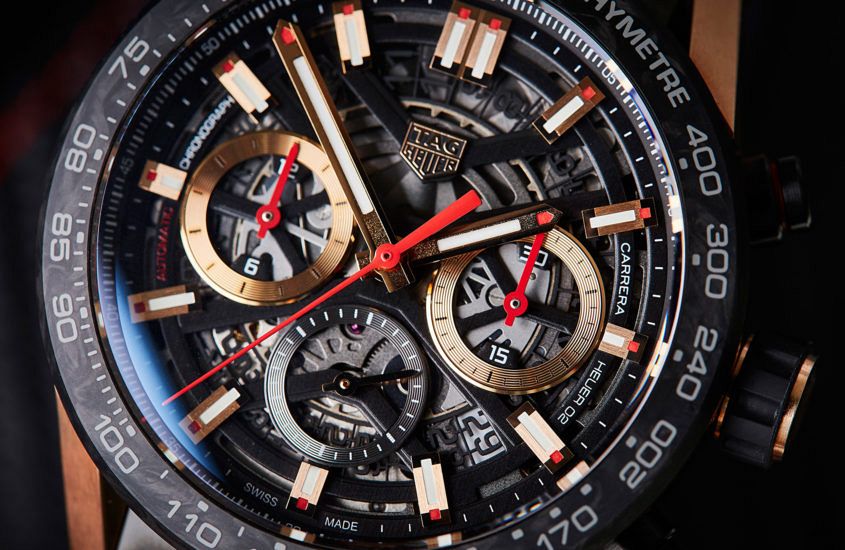 So this entrant to the Carbon collection might be the least carbon-packed of the bunch, but don’t think that it doesn’t pack a hefty visual punch. 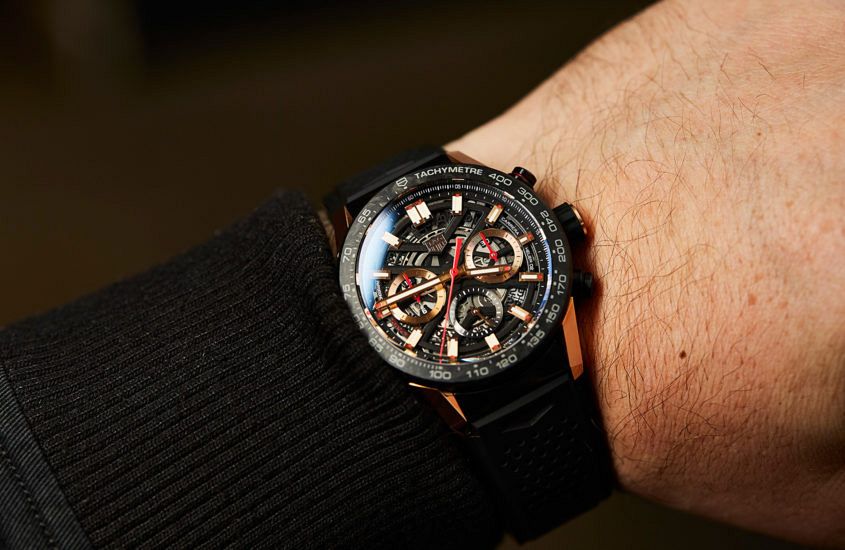