Netflix’s Addams Family spin-off Wednesday has taken the world by spooky storm, with Jenna Ortega’s self-choreographed dance scene going certified viral. But, while much attention has been given to Ortega’s performance as Wednesday Addams, watch enthusiasts may have clocked Game of Thrones actor Gwendoline Christie sporting a Cartier Tank Louis Large in her role as Nevermore Academy’s Principal Larissa Weems.

Costume design and prop selection are key elements of film production, ultimately aiding in the semiotics of a film – helping us all suspend our belief that the individuals are portraying characters, and instead the characters themselves. And, during an interview with Entertainment Weekly, Gwendoline Christie expressed her gratitude to both the show’s primary director Tim Burton, and the show’s costume designer Colleen Atwood, for actively engaging her in the character development process and giving her full agency to develop her look.

Christie told Entertainment Weekly: “It is the first time I’ve ever felt beautiful on screen. I cannot express my extreme gratitude more heartily to Tim and Colleen and our hair and makeup team. Colleen Atwood is rightfully a legend, and what she does is close to witchcraft in terms of transformation. It is an honor of my life to work with Colleen and to work with Tim.” 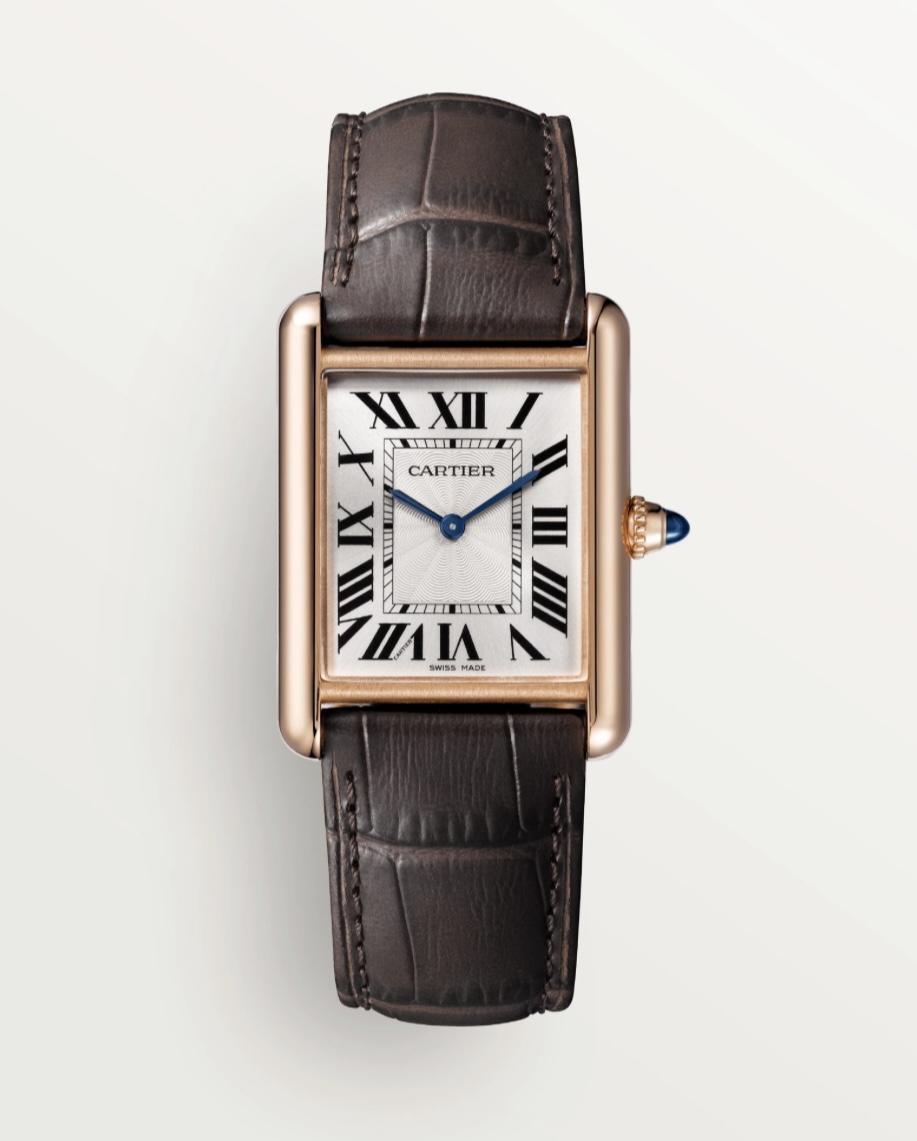 Of course, as a watch lover and journalist, I am curious if it was Christie herself who chose the Cartier Tank Louis for her character to wear. The show separates its characters into two designations, with citizens of the town Jericho as ‘normies’ and the supernatural-powered students of Nevermore Academy as ‘outcasts’. One of Christie’s primary functions as principal of the academy is to manage the public relations of the school and its students within, protecting the interests of the ‘outcasts’ while keeping them publicly palatable to the ‘normies’ in the town. As an ‘outcast’ herself, who is clearly trying to exude power, togetherness, in and outwardly normal way, the Cartier Tank Louis does feel like the suitable wrist wear to portray such an image. And, as we all know quite well, Cartier timepieces have long been the go-to watch brand for powerhouse-professional female characters.

For more on the Cartier Tank Louis Large Christie wore, you can head here.