The world timer complication on a wristwatch has been popular for decades, long before the commercialisation of the jet aircraft, thanks to its clean simplicity and obvious usefulness. The capacity for a watch to tell you the time anywhere in the world, without the need for a highly complicated dial layout or training in pure mathematics, was as profound as it was a sign of the times when it was first invented – in 1931, the world was already shrinking. The world timer complication has only become more relevant over the last nine decades, with more business happening across time zones and more loved ones to arrange Skype calls with, but there are a couple of problems. Firstly, some world timers cannot account for daylight savings in a location that it is relevant. Secondly, some world timers do not count time zones that are less than one-hour increments apart — for example, Adelaide. This week I saw a number of posts of world timers on Instagram, and thought it was only fitting that one of the more useful watch complications received a closer look. 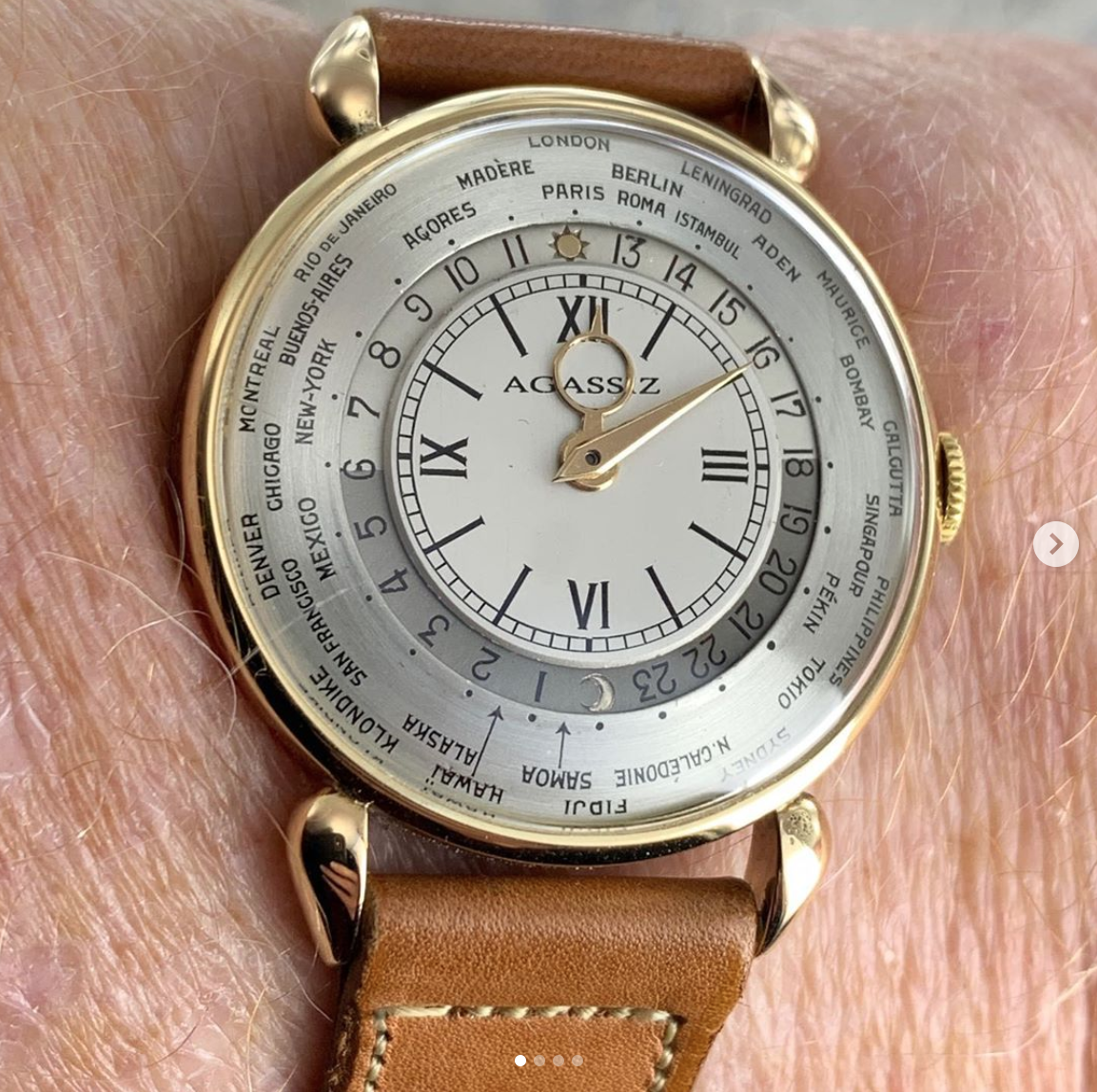 Yesterday I posted 3 oversized white metal, blue dial watches but this doesn’t mean that I sometimes ‘swing the other way’ with much smaller, yellow gold watches. The common denominator between all these pieces is that they are slim, discreet and all come from the previous century and the first three of them are approaching a century old themselves. The Agassiz/Cottier World Time watch came back from my watchmaker yesterday and hasn’t left my wrist since. I love it.

The present-day brand Longines was once known as Agassiz, founded by Auguste Agassiz in 1832. A very special watch to say the least. 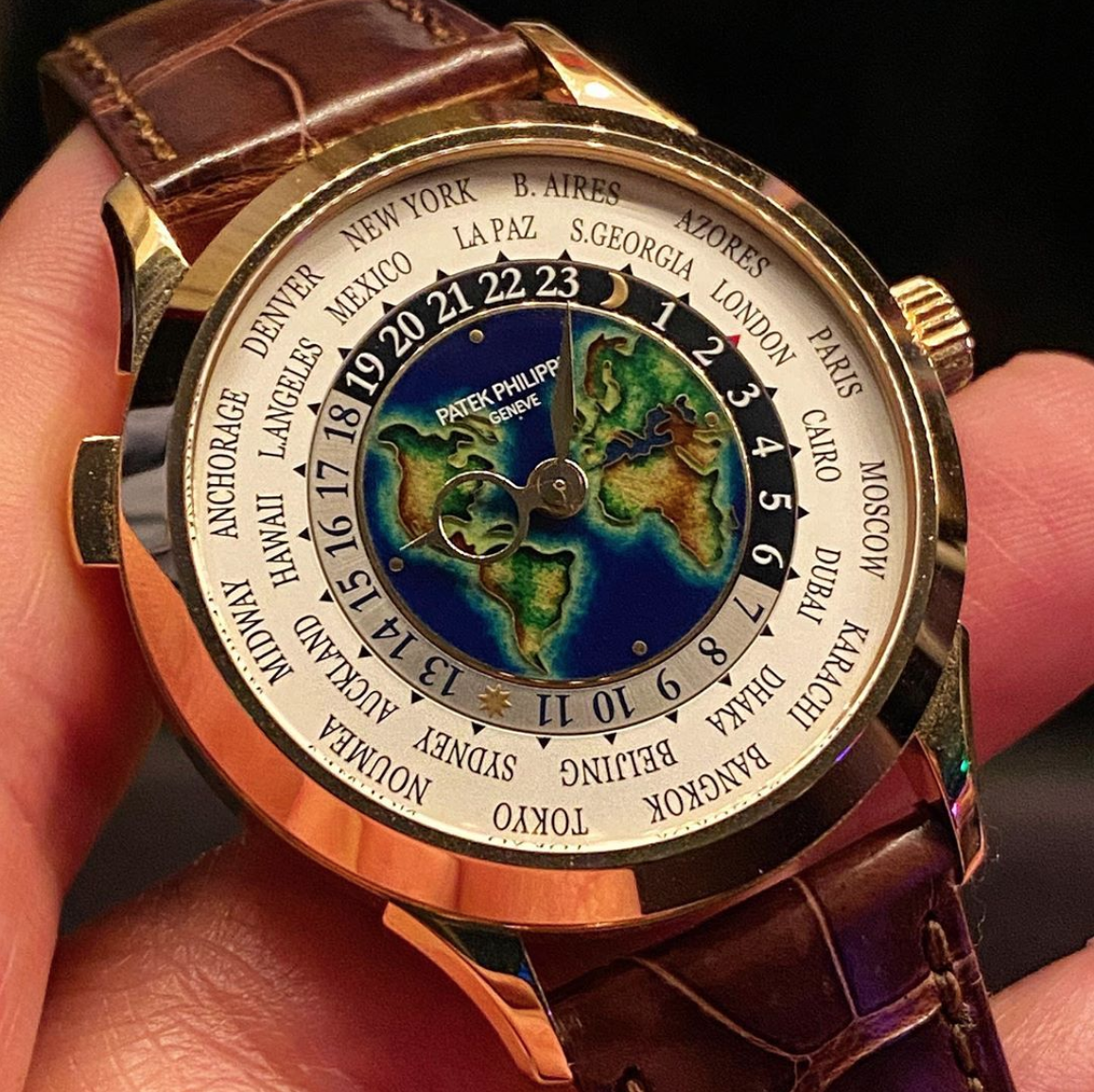 It’s really easy to argue that Patek Philippe have produced some of the finest world timers ever. 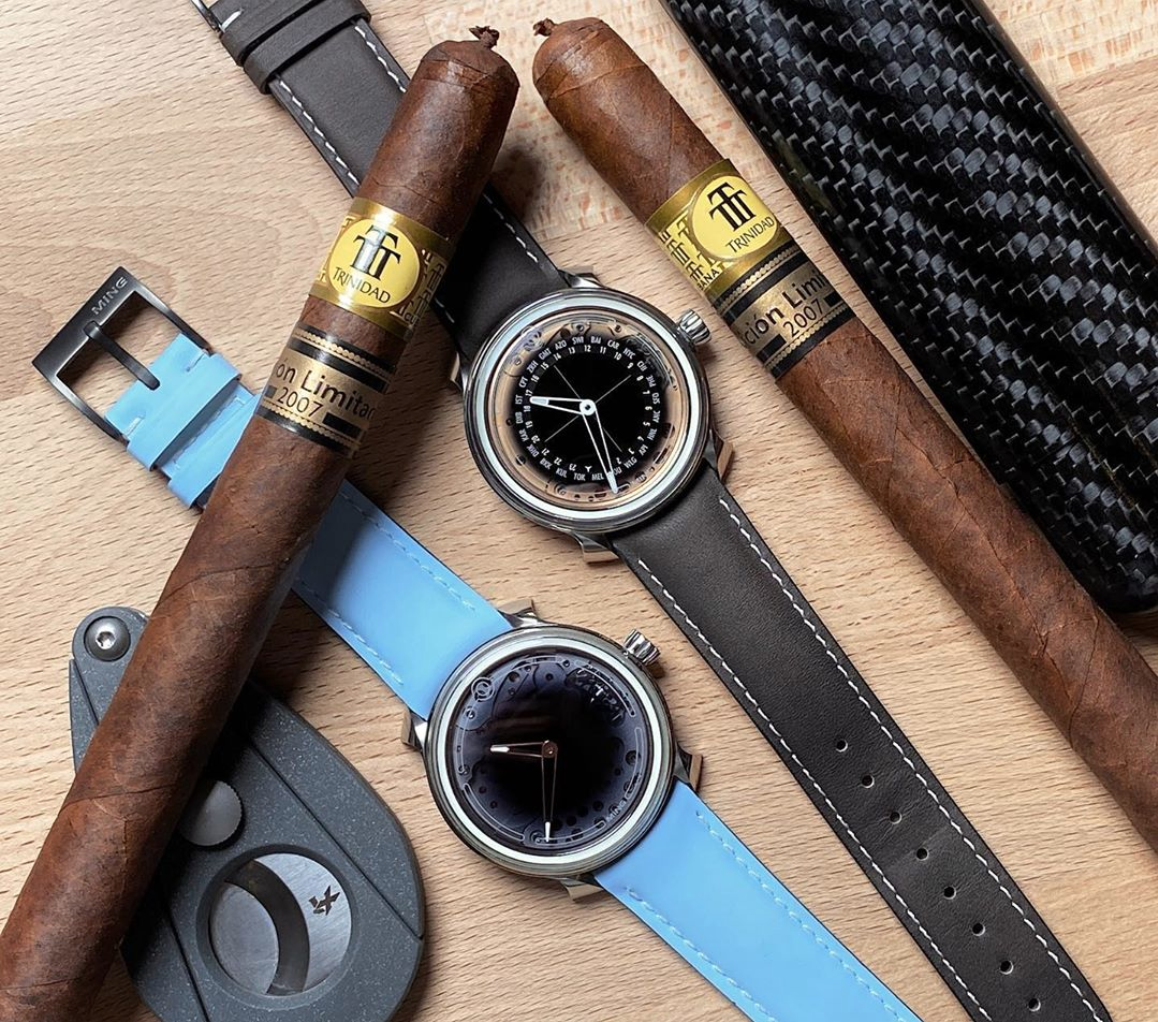 #mingmonday with the #mingwatches 1901 and 1902 #worldtimer – we spent the afternoon reconfiguring the design board.
At any given point, we have 40-60 designs on the board and even before we start R&D on a design, it goes through months of revision and must make it through the sitting period.

One of the most impressive watches released by Ming to date (even considering this award-winning watch) is the 19.02 Worldtimer that features a microrotor movement. As far as contemporary interpretations of an almost century-old concept goes, they have done a cracking job. 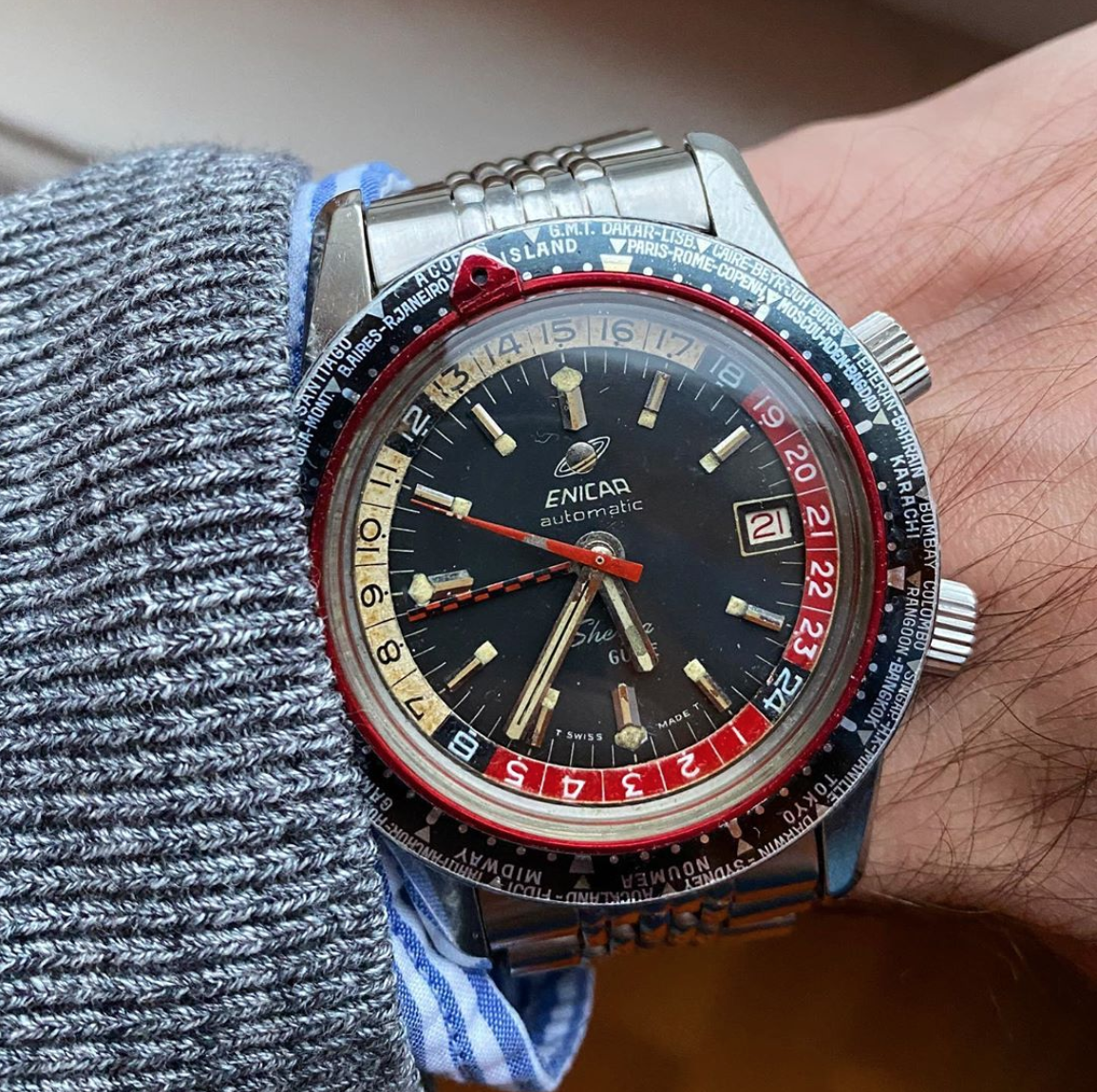 Though in my possession for six months, this is the 4th day I can wear it after 5+ months of repairs. Now, in love all over again 😍

A Sherpa to guide you through life. 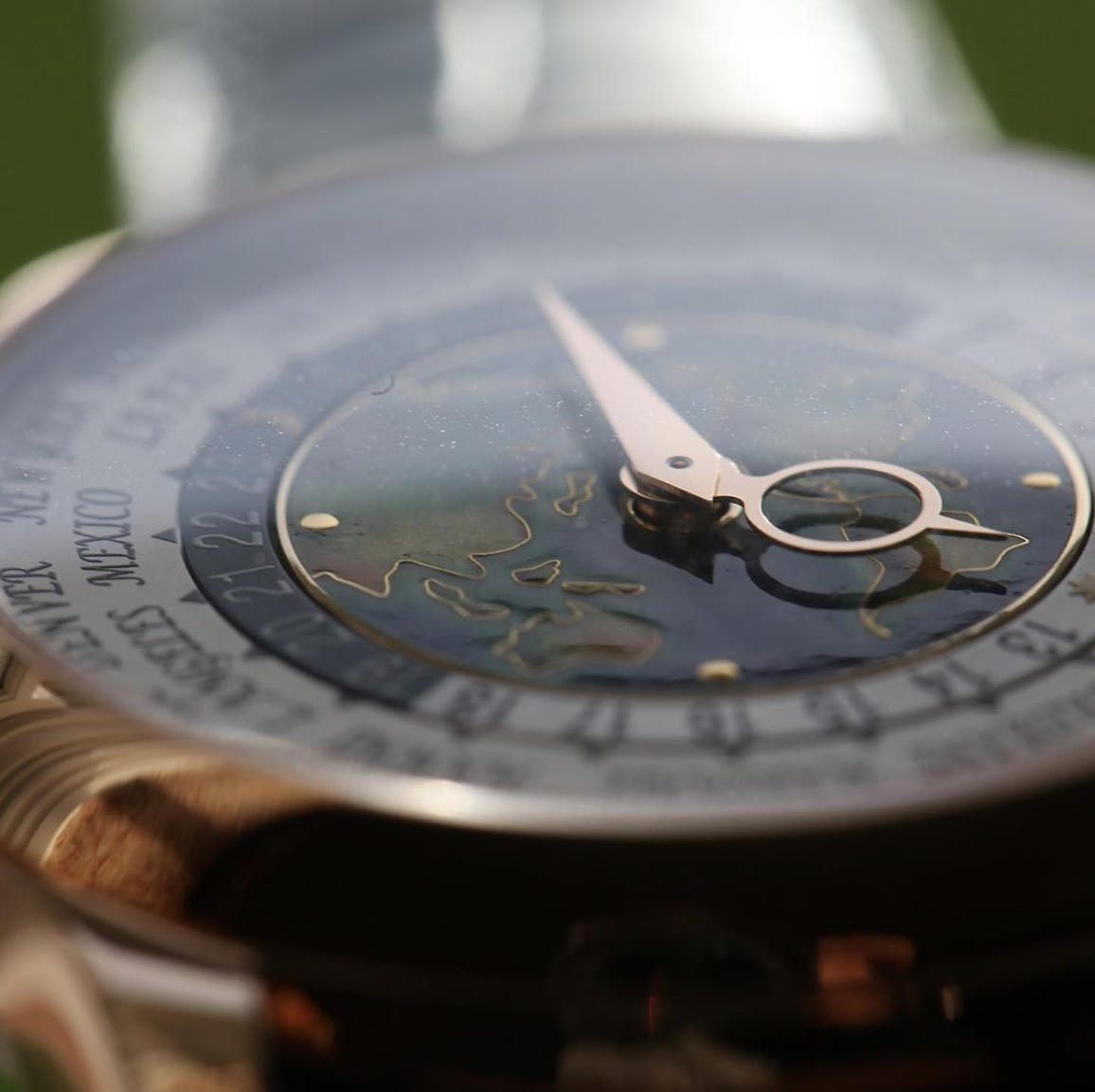 Patek Philippe do world time enamel better than anyone. I have such a lot of love for the 5131R – my favourite version. I prefer this one even to the 5131P.

A very close look at Patek Philippe enamel work is one of the most satisfying things you might do today.