Welcome back to Great ’Grams, where I pick my favourite Instagram posts of the last week and, my word, were there some great stories that hit the feed. One of the coolest I saw was from Jason Heaton, a watch writer and scuba diver, who was selling a very special DOXA to raise funds for an even more exciting project he is working on. The watch in question was a titanium DOXA that was made specifically for Fabien Cousteau’s Mission 31 expedition, where he and his team would spend 31 days in an underwater habitat to conduct marine research. Jason was lucky enough to visit the habitat on the first day, and pick up one of the 331 watches that DOXA made for the record-breaking mission. He is parting with it to raise money for a new expedition in search of the lost ships of Hernán Cortés, the Spanish conquistador. It’s an insanely cool watch, with an important provenance, and it’s also helping further underwater discovery. Enjoy! 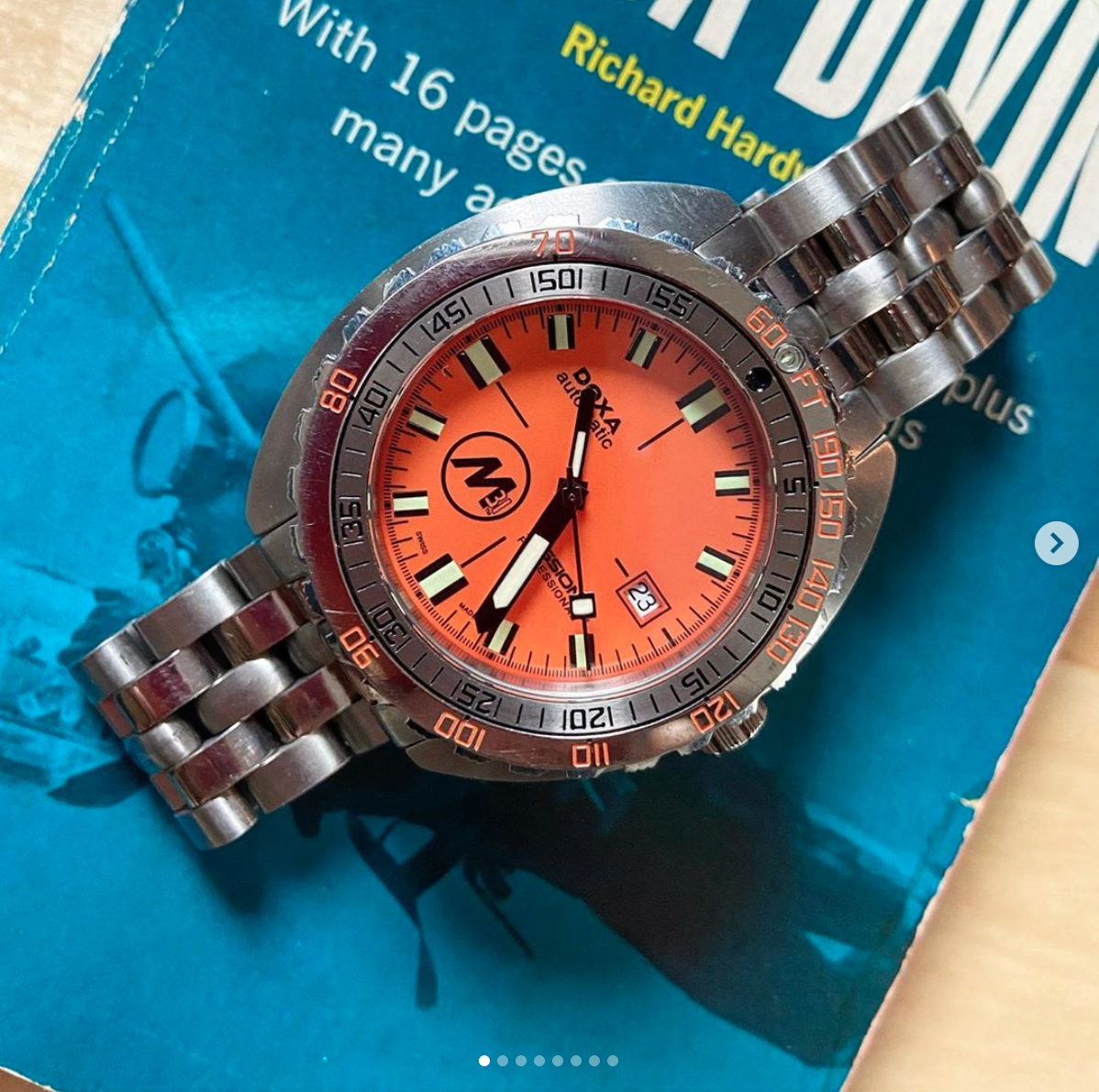 UPDATE: SOLD! Thanks for all the interest and offers! Doxa Mission 31 Professional. From one historic expedition to funding another. Back in 2014, I had the privilege of diving on Day One of Fabien Cousteau’s (@fcousteau ) Mission 31 expedition. The project was the ocean explorer’s quest to live in the Aquarius underwater habitat for a full month. One of the sponsors was Doxa Watches and, as part of that, the company produced a limited edition titanium dive watch. This is one of those 331 watches, and I wore it on June 1st, 2014 to dive to Aquarius and visit Cousteau. I also wrote about the watch and the expedition for Men’s Journal, Gear Patrol, and Hodinkee (swipe for photos of the watch and the dive). Now I’m selling the watch to help fund another exciting venture—the quest to find the lost ships of conquistador, Hernán Cortés. I’m a partner of the Submerged Archaeological Conservancy International (@saci_org ), the group organizing the expedition. In the past two years, the team has found three anchors that strongly indicate that they’ve idenitifed the area in which the fleet of ships was scuttled in 1519. This is one of the most important archaeological searches of our time and I want to help them raise money for this summer’s expedition back to Mexican waters. All proceeds from the sale of this Doxa will go directly to SACI for their Cortés project expenses. The watch is well used but still runs well and is in good condition. I have the Doxa storage tube, original warantee card, extra bracelet links, and the orange anodized screwdriver. DM me for the price. You can own a piece of history while funding another one.

This. Is. So. Cool. Amazing work, Jason. 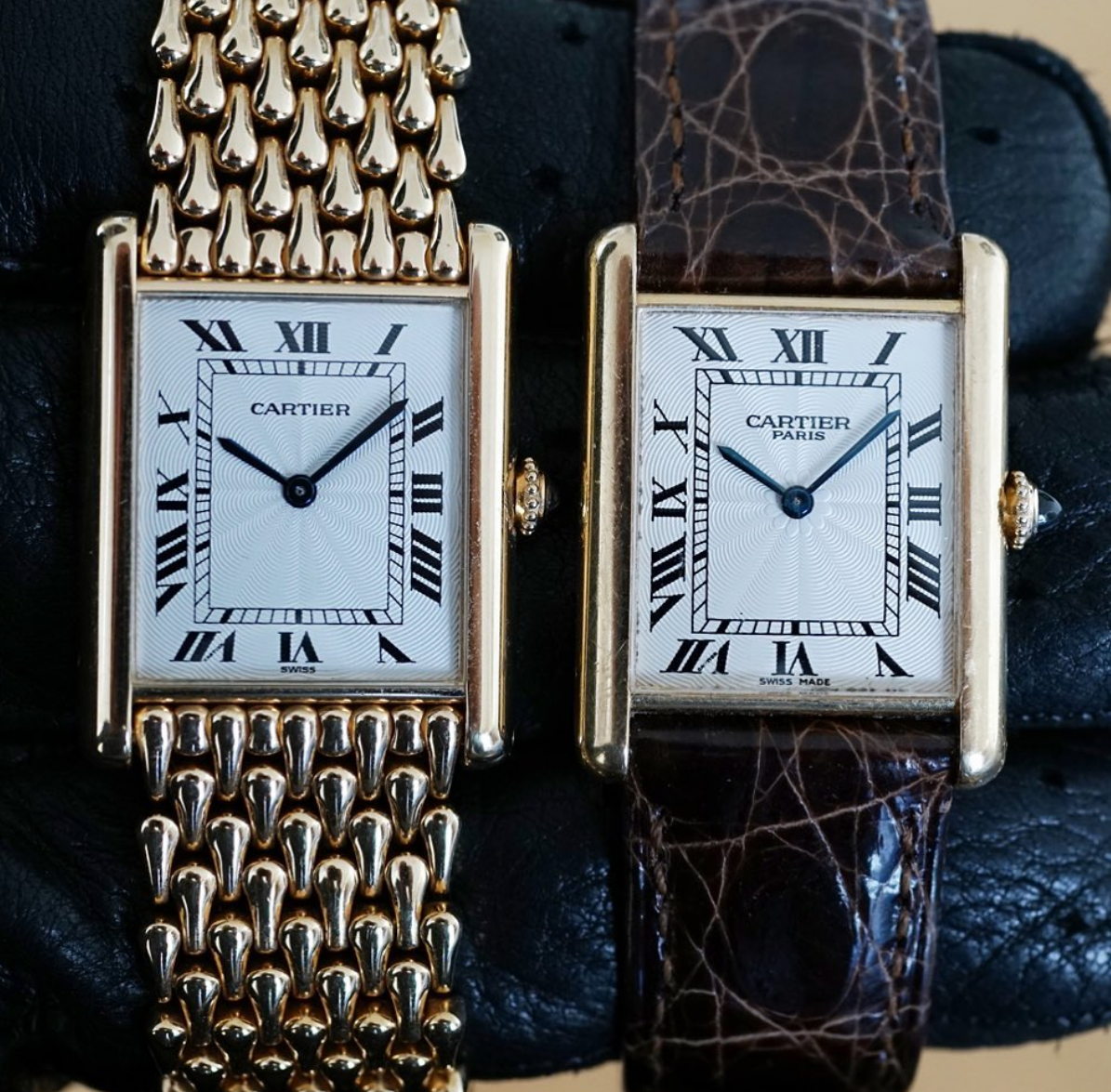 ‘Tank Louis Cartier’ in yellow gold. Pre CPCP and the CPCP version. Both have the same dimensions and same mechanical caliber.

An excellent illustration by George Cramer, a man with an impressive Cartier collection, of the minute details that make the Cartier bug so easy to catch. An essentially unchanged design for the last hundred years, yet you can clearly see the variance in the guilloché pattern in the dial. 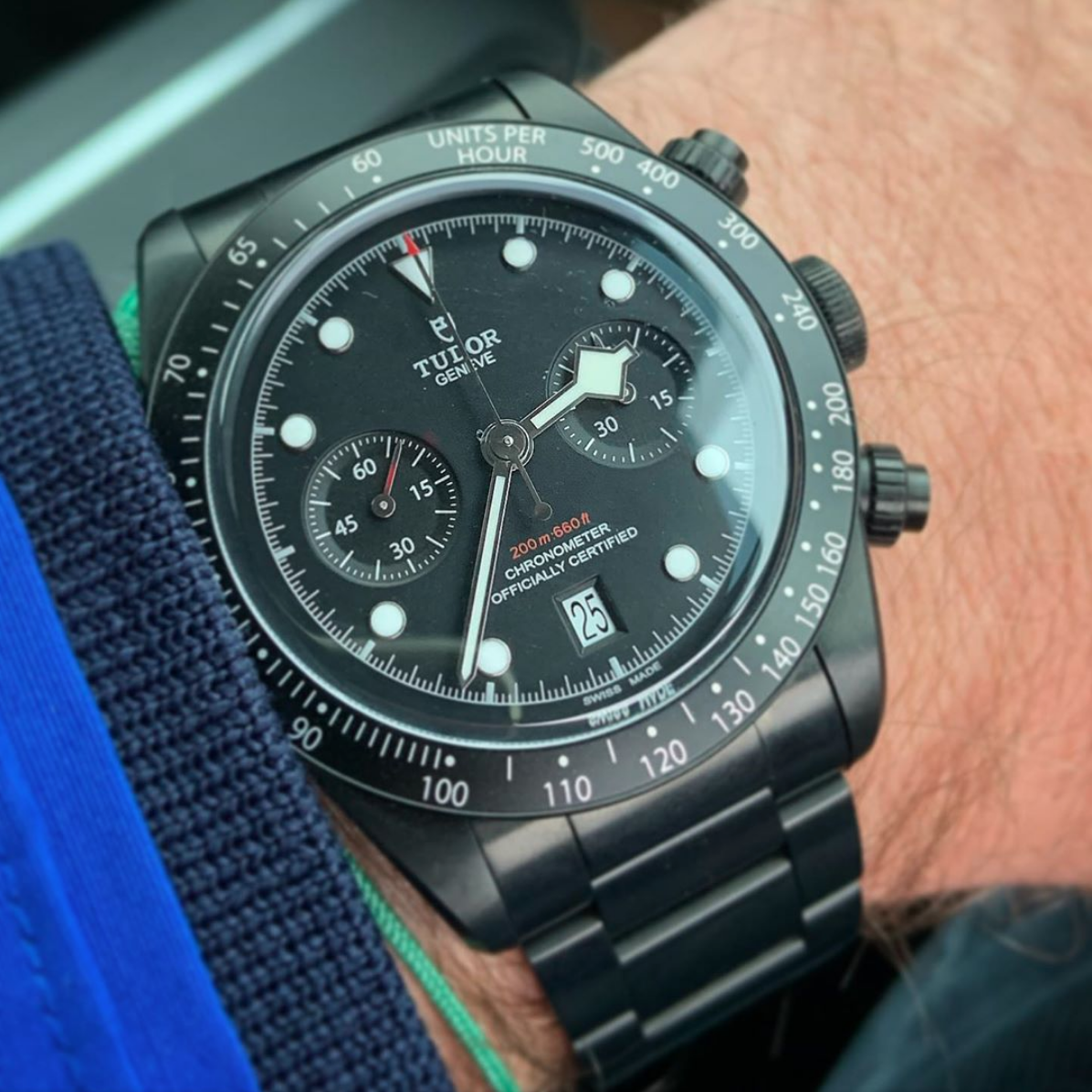 One of Tudor’s more recent releases, the Black Bay Dark Chronograph was issued to celebrate their partnership with the All Blacks rugby team. It might be a modern watch, but it still gets the tick of approval from vintage Tudor expert Ross Povey. 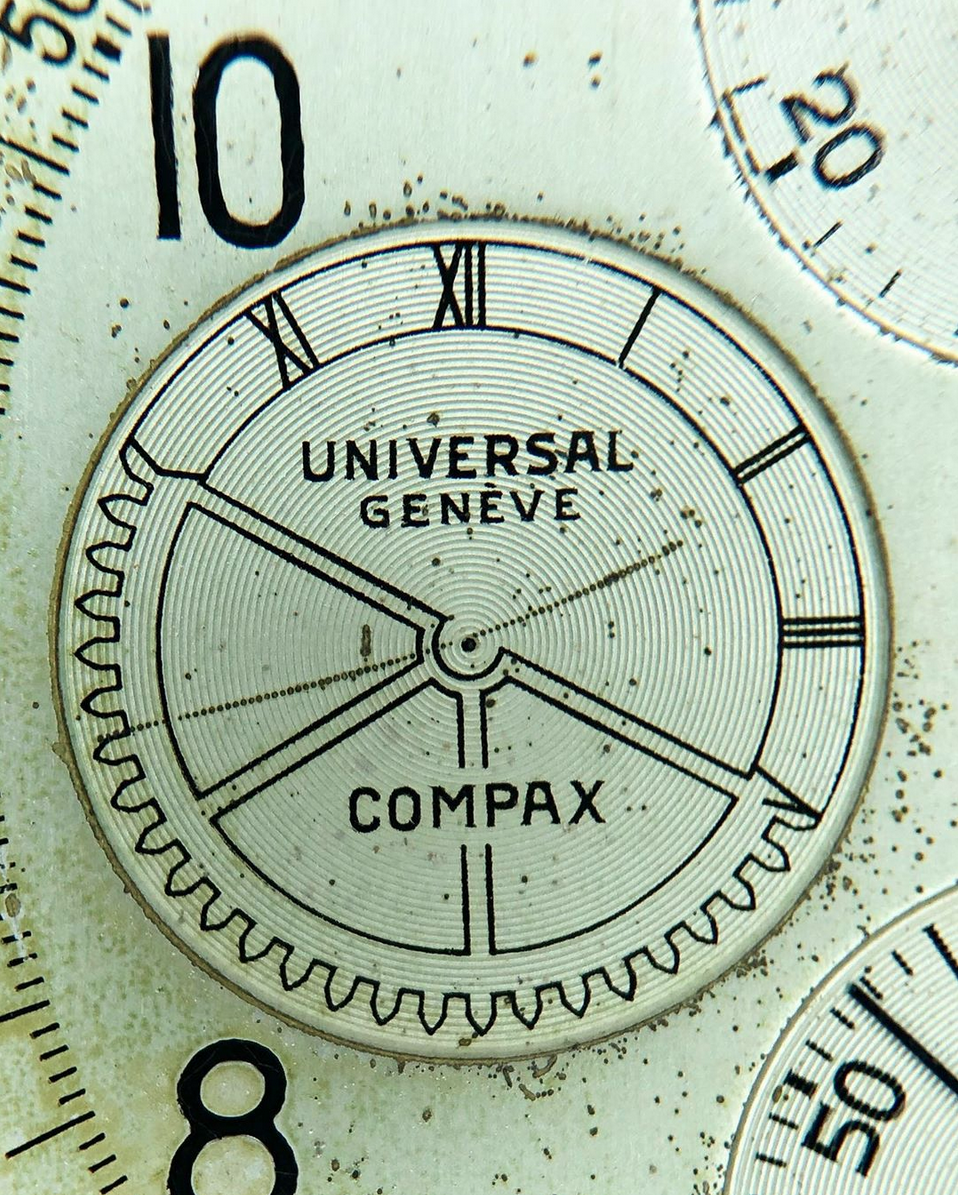 If you don’t follow Mr. A, you definitely should. He offers one of the most comprehensive and visually delightful accounts as he works his way through the rarefied world of important vintage watches, including community building around his hashtag #watchmacromonday. Here we’ve got a macro shot of a sub-dial from a Universal Genève chronograph, with patination laid bare and an unusual track around the circumference of the sub-dial. 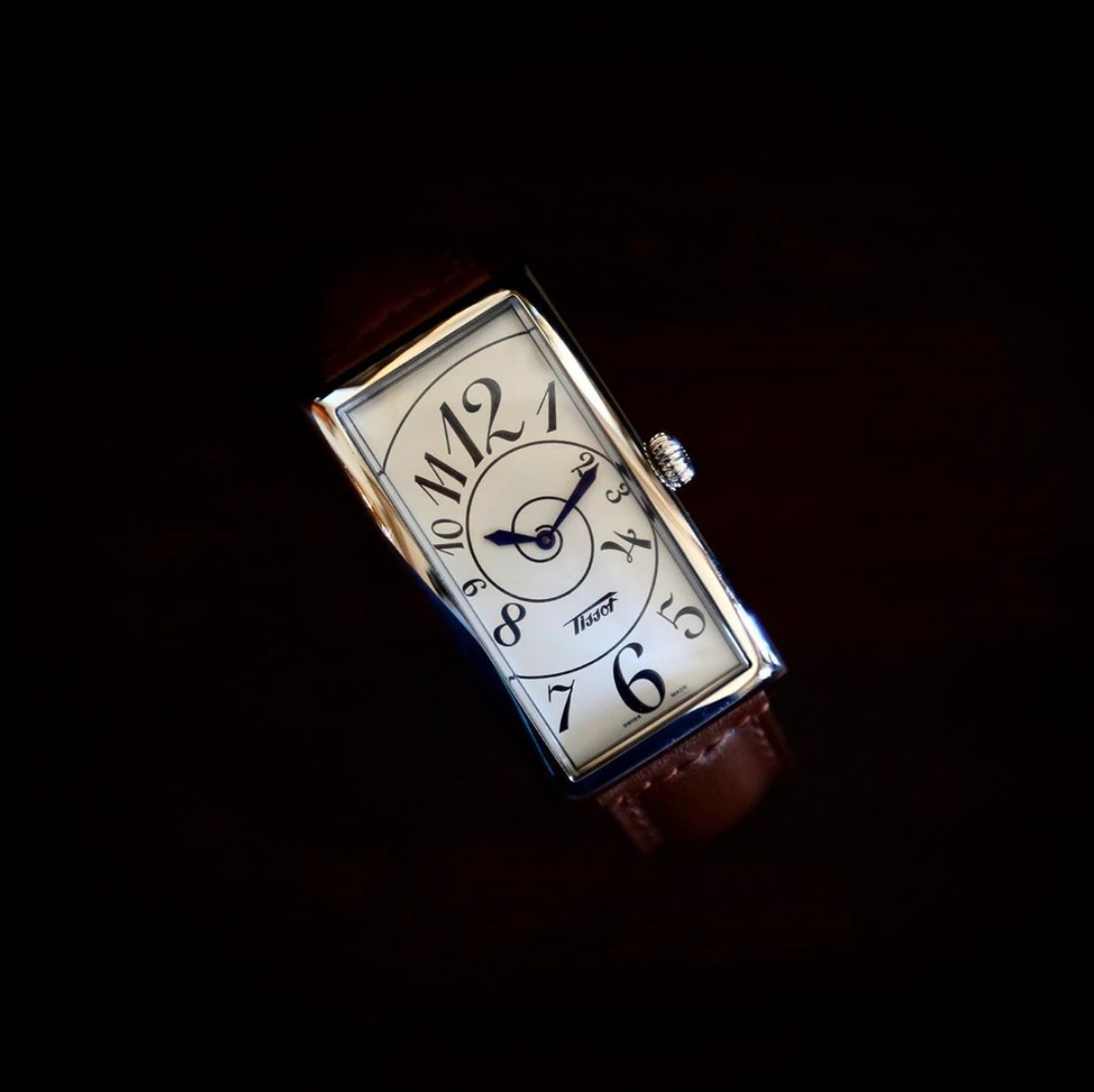 A Tissot with a wonderful elongated rectangular case, and a dial that can’t help but make you think of Salvador Dali. If you’re interested in this style of Tissot case, look into the Tissot Banana, which has the Bolshevik Revolution play a key part in its history.