Welcome back to Great ’Grams, where we take a look at some of my favourite Instagram posts of the last week, by some of the most interesting people in the watch world. Last week we spanned the gulf of limited edition A. Lange & Söhne to the best in vintage Seiko and more, but this week I saw some genuinely excellent vintage Rolex and the delivery of the most accurate watch in the world. Let’s get to it. 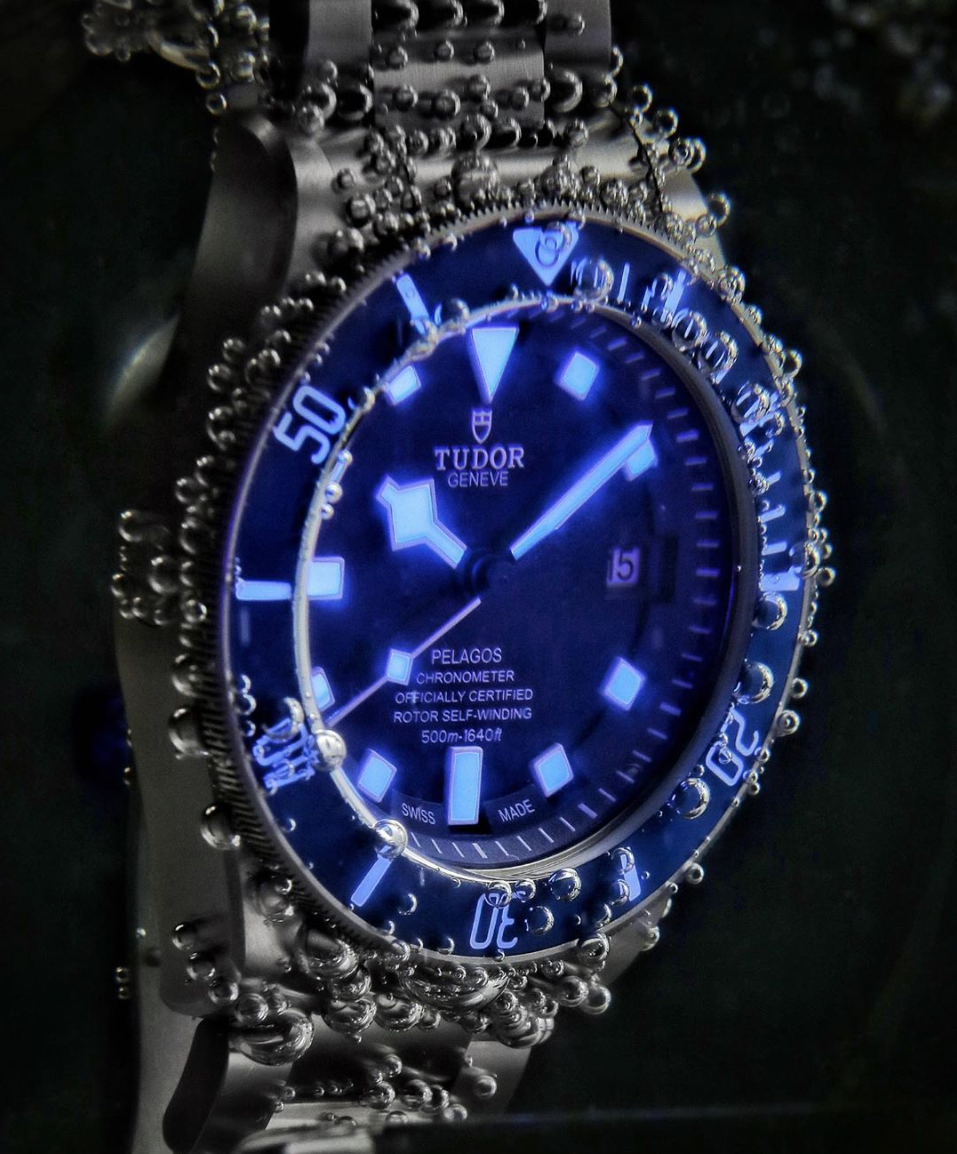 This Friday is in need of some serious lume action 😎.

The blue dial Tudor Pelagos in full flight, bubbling with excitement about being in its natural habitat and glowing like the North Star. Not only is this an awesome shot, but it’s a rare chance to see how the typically white lumed hour markers, hands and bezel light up in a complementary blue tone to the rest of the watch face. 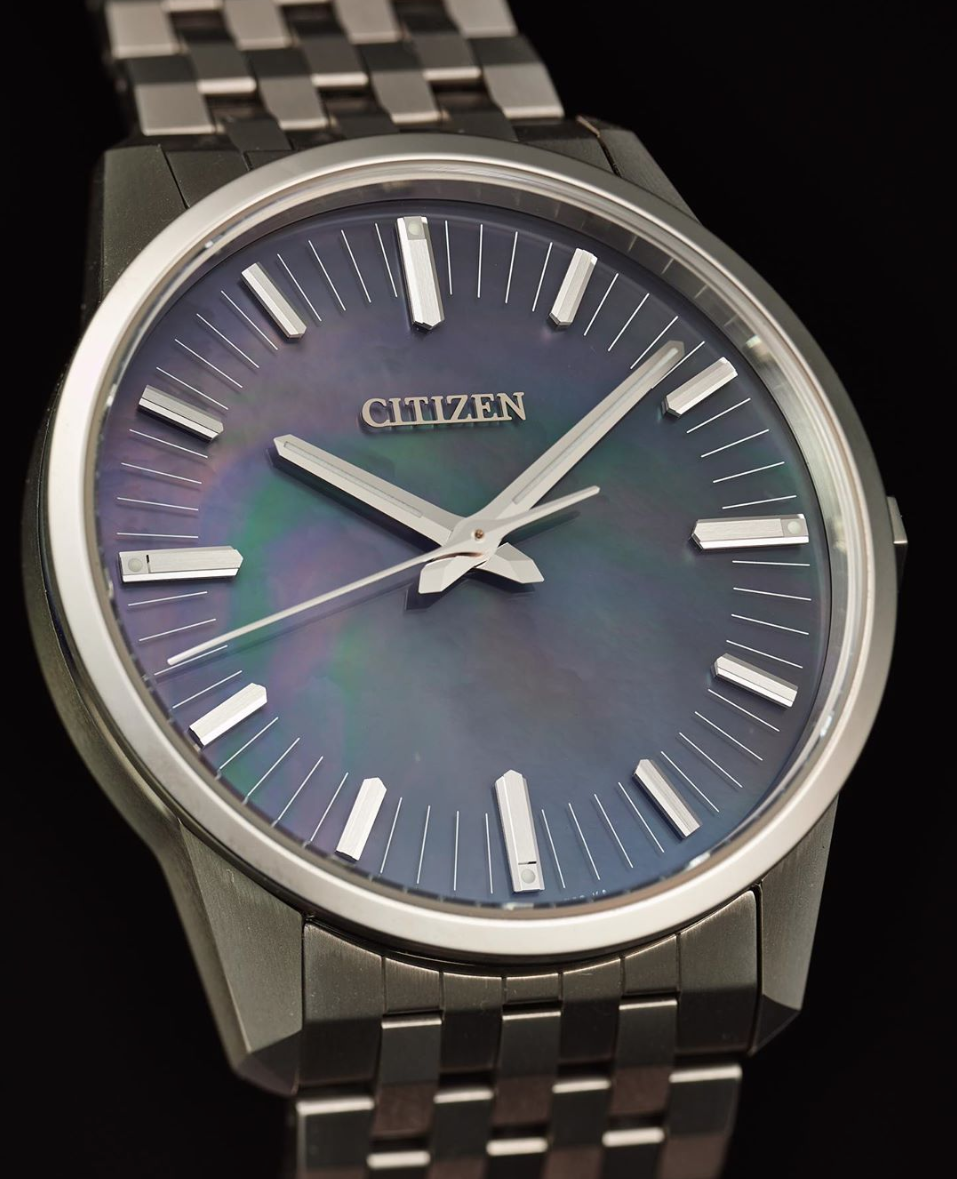 Interesting to note that “Citizen time” (the time shown in the official photographs) is 10:09:35. “Seiko time”, 10:08:42, is much more aesthetically pleasing. It just doesn’t look correct to me when the tail end of the second hand cuts into the space between the hour and minute hands.

Great that this watch has an hour hand that can be independently set without interrupting the timekeeping. Designed of course for daylight savings and time zone adjustments, but very handy for photography too!

There’s no doubt about it, the Citizen Caliber 0100 was one of the coolest watches from 2019. Accurate to within 1 second per year, it might be an example of the last important step forward in watchmaking accuracy. While most enthusiasts liked the look of the watch till they saw the price and fell of their chair, Gerald Donovan recognised why this is an instant classic that should be sought after for decades to come. 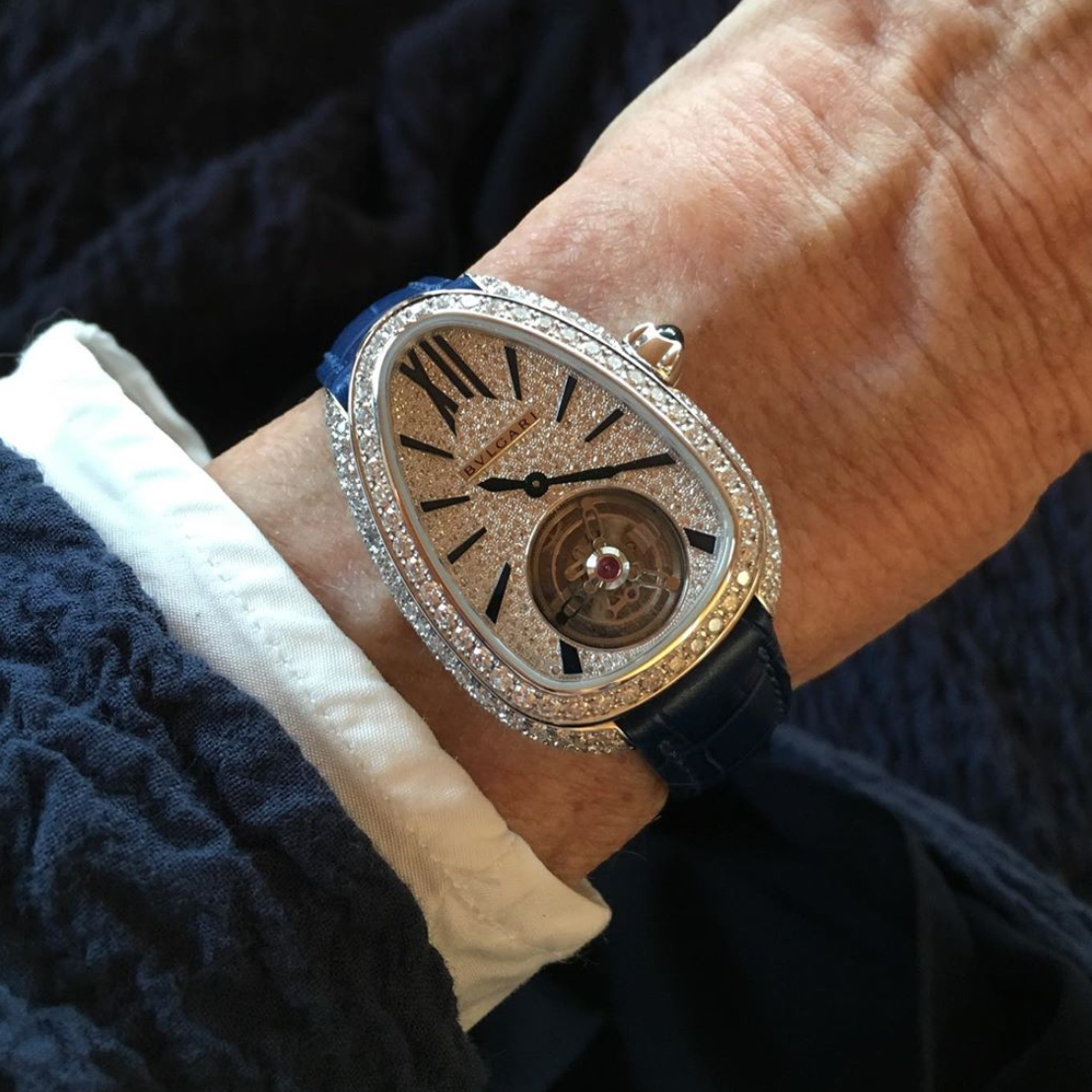 Bravo 👏👏@bulgariofficial for (at last) proving that a small mechanical movement is absolutely do-able for a 21st-century woman’s watch. And double bravo for doing it in such style: a tiny tourbillon AND a shaped movement. This new #serpentiseduttori is a wake-up call for all of those watch brands that have been claiming for years that it is “too hard” to make (or too expensive or too whatever … such as too much “not what ladies want”. Ha!) Thank you, Bulgari.

Time+Tide’s very own Sandra Lane was in Dubai for the LVMH Watch Week this week, where we saw the release of the incredible Bulgari Serpenti Seduttori Tourbillon, making a strong play for the most impressive women’s watch in their current catalogue. Unsurprisingly, Sandra’s indefatigable elegance is evident in her perfect pairing of outfit to the watch she happened to be looking at. 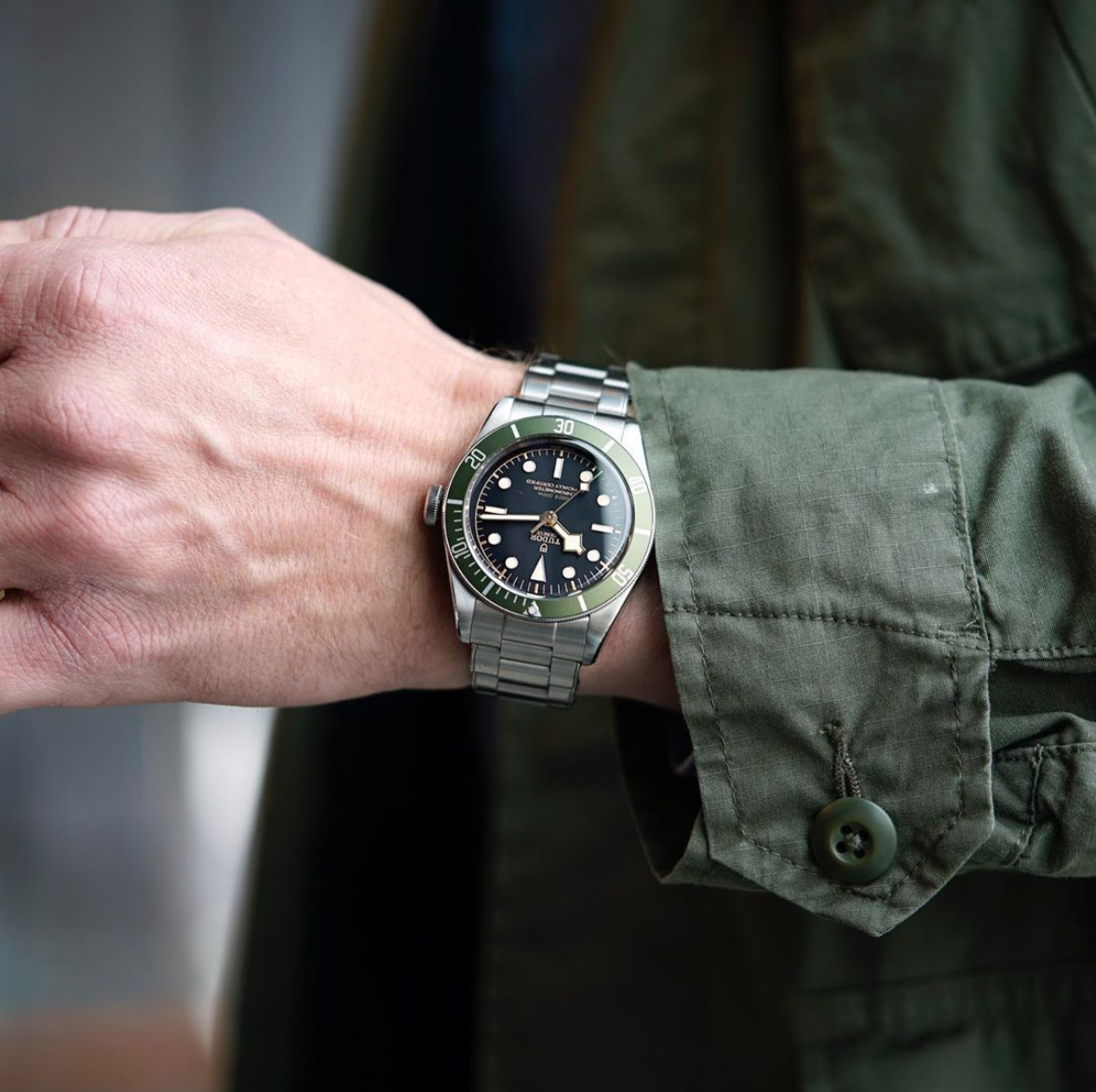 @tudorwatch Harrods Edition out in the wild.

Another example of an eye for sartorial sophistication is the inimitable Kristian Haagen, who this week spotted a viridescent combination of outerwear and watch that can’t help but make you smile. Tudor has released a number of special edition pieces with important retailers, and this is an excellent example of the compelling case that the Harrods Edition Black Bay makes for a daily wear. 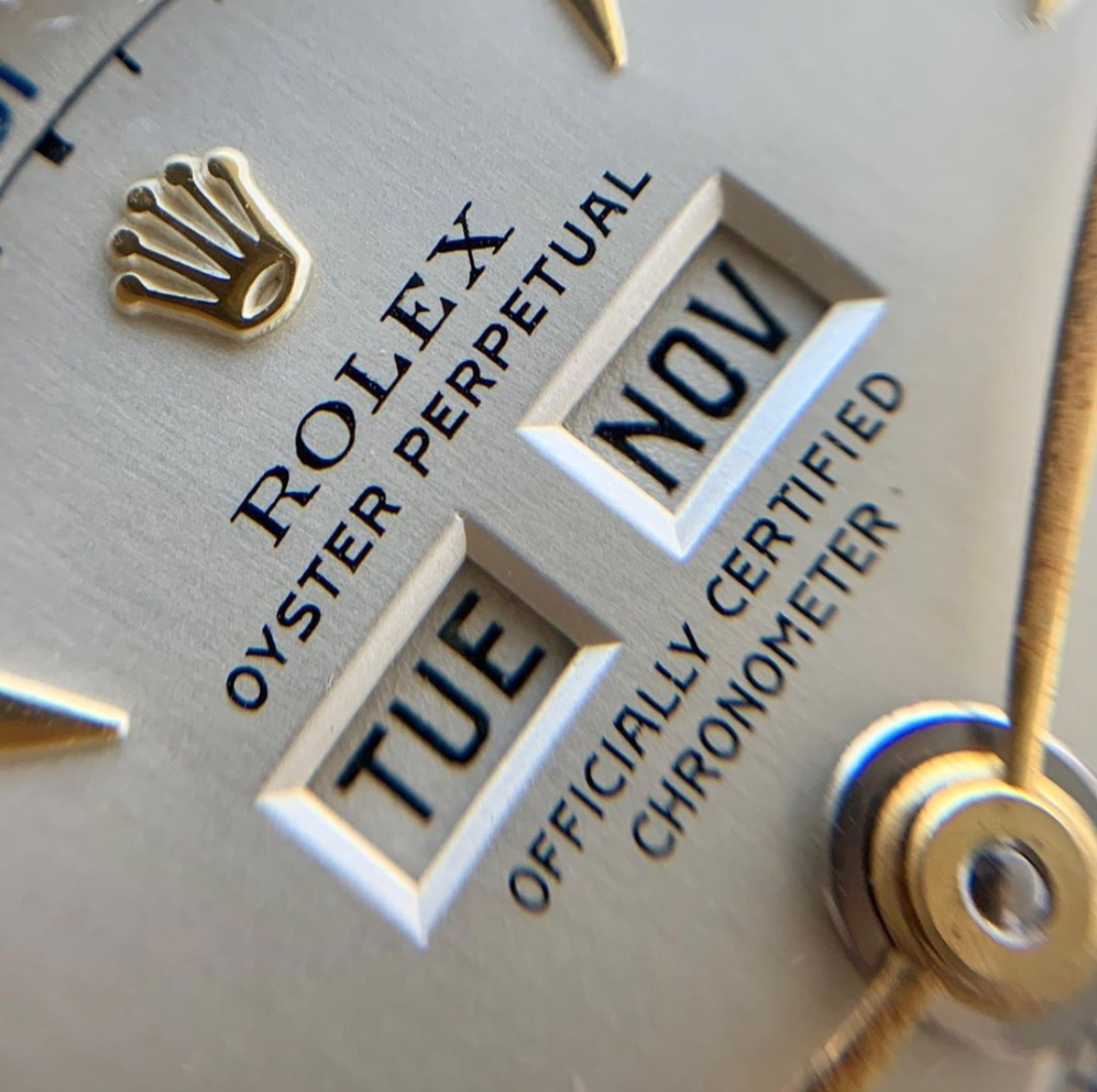 One of the kings of the vintage watch world showing his expert eye when it comes to important Rolex references from the past. Alfredo Paramico posted this macro photo of the dial of a Rolex ref. 6062, a rare watch that was first released in 1950, and is, in many minds, one of the finest Rolex designs of all time.
Tweet
Share
Share
Pin
Email