Good news is hard to find in today’s locked down, socially distanced world. But we have some. Because today, after patiently waiting for all watches to be received by their buyers (two of the remaining watches are unique pieces and are still in production), we went to the bank and drew five bank cheques for $30,000 Australian dollars, made out to our bushfire relief beneficiaries. There will be a smaller second-round payment once the final watches are received. The ‘Watch & Act!’ World Watch Auction can now be officially closed off. Celebrate! 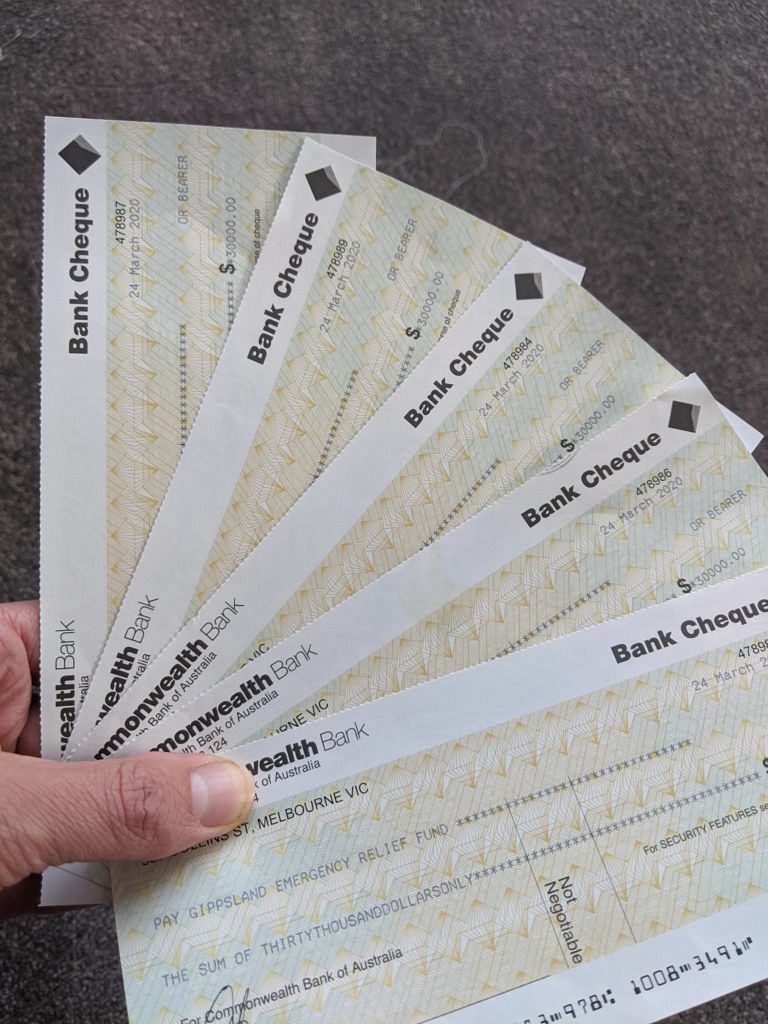 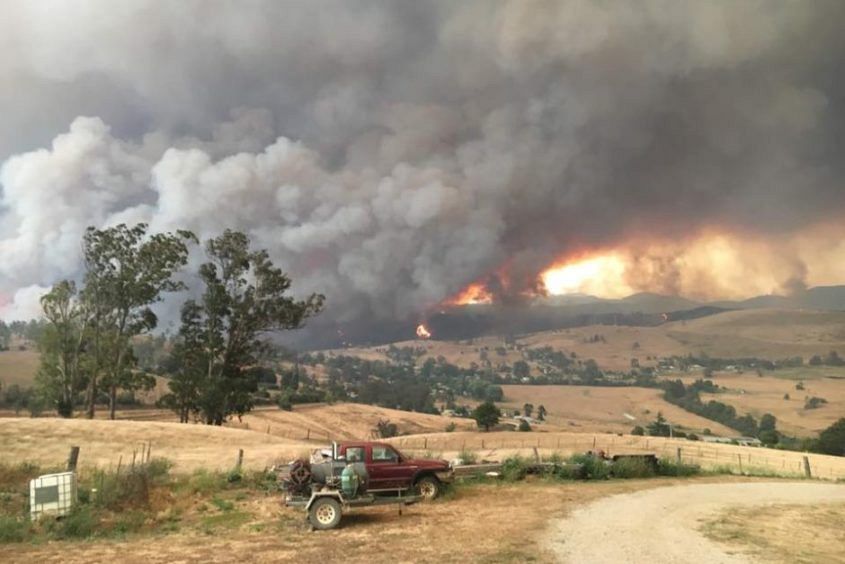 Fires envelope the horizon in the Buchan Valley in Gippsland earlier this year.

Just because the immediate danger has passed, the legacy of our worst-ever fire season lives on for many Australians and for the wildlife trying to survive in savagely denuded environments. The money that has been raised is still desperately needed. Here’s what two of the groups receiving funds had to say about the donations:

All funds donated are still critical, because we have farmers who have lost — in some cases — kilometres and kilometres of fencing. Paddocks have been razed and fodder is needed daily. We raised $10.5 million, which includes $2.5 million from the state appeal, to get funds out quickly. We’ve allocated $9 million, and still have an additional $1 million for fencing and fodder to the farmers. As for wider Gippsland, any person who has lost a principal place of residence qualifies for $17.5K in assistance – about 2080 payments have been made to families. We are completely volunteer run, we don’t even receive reimbursement for our phones or travel. Our GERF Executive greatly appreciate your support and this wonderful donation. These funds will greatly assist those so impacted by the 2020 Gippsland Bushfire event. 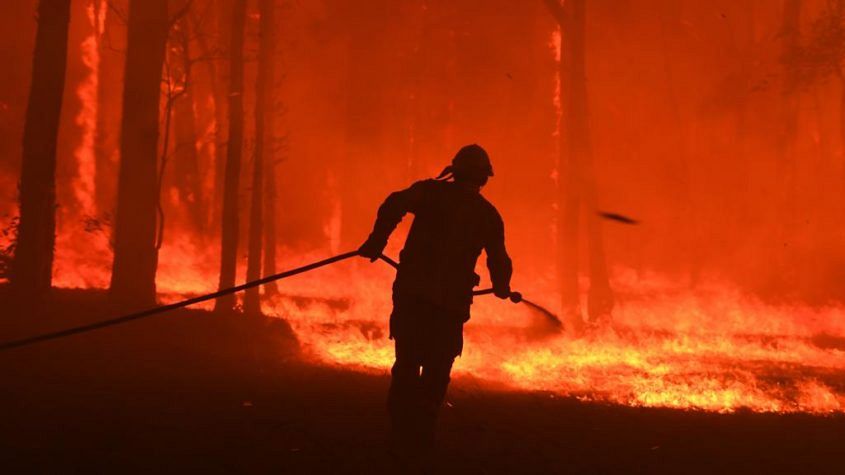 The volunteers of the NSW Rural Fire Service greatly appreciate the donation – the funds raised will go towards brigades, who will use the money to purchase essential equipment to protect their communities. That could be equipment for the station or for their fire trucks. And you can be assured that the money will go to brigades that don’t always get funding – and the equipment will make their life easier as they volunteer their time and energy to keep their towns and communities safe.

And now, the most EPIC thank you section from Time+Tide. If this was an Oscars speech, the music would already be coming up, so here goes…!

The Meylan Brothers from H. Moser & Cie, Edouard and Bertrand, for coming in so strong from the first phone call. It was either a Unique Piece or Adam Clayton’s watch. What a choice. And what a high bar to set. To U2’s Adam Clayton, for getting behind Australian wildlife and firefighters with not only the watch but also a heartfelt video message. Stephen Pulvirent from Hodinkee, who shamed me sliding into his DMs with a request for help with a fully fledged plan on email in response that also included an offer of the first numbered watch of a sold out Limited Edition. To world-renowned collector Eric Ku, who joined the auction midway with a personal contribution (of a Tiffany-signed Rolex no less) and a heartfelt video message that was seen and appreciated by so very many.

To Jean-Christophe Babin, Julien Tornare, Ricardo Guadalupe and Stéphane Bianchi who responded to the request immediately as if it was a total no-brainer. I will never forget Ricardo Guadalupe’s comment after recording a video in support of the auction: “We are doing more than talking though, aren’t we?” he said to his team. “It is one thing to offer thoughts, it is another to take action.” A watch, designed from scratch, swiftly followed.

To Vittoria Pela, Amanda Wijesekera, Megan Taylor, Joel Ruiz and Pascal Brandt for making those CEO moments magically happen. To Robert-Jan Broer, Frank Geelen, Beth Doerr and Sandra Lane who had to hear me talk about the auction for the whole of LVMH Watch Week in Dubai … To Nicholas Hacko’s wife who felt strongly enough about the cause to donate a truly irreplaceable watch. To Shruti Dileep and Jihane Michelle Miller on behalf of Seddiqi Holding for making a watch happen in a matter of hours. To the early responders – Seiko Australia, Swatch Group Australia, Longines – and to those who reached out once the auction had started – Baltic, Farer, William Wood, Oris Australia, Lebois & Co, Revolution, Bausele, Rado and Montblanc — we give our heartfelt thanks. Lastly, respect to Atollon, who designed the brand identity pro bono and did an absolutely smashing job, as always.