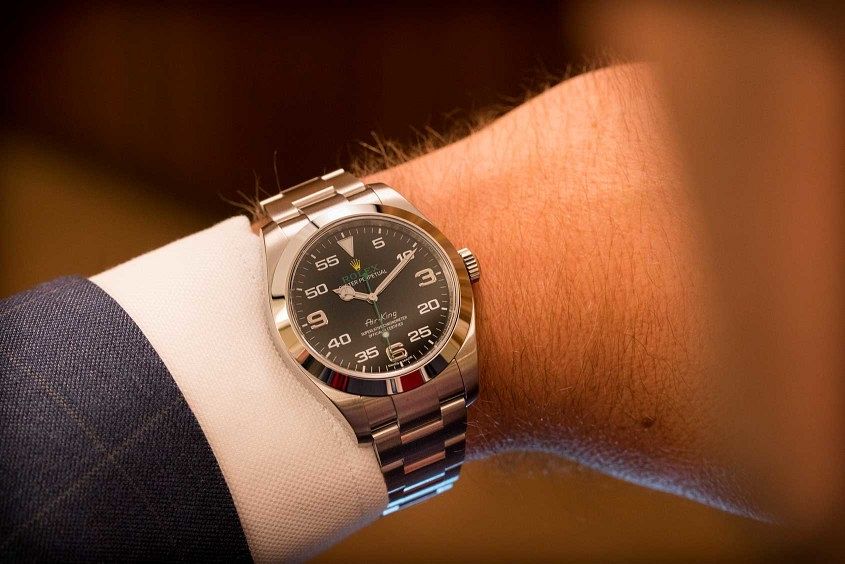 The Rolex Air-King, first launched in 1945,  has been the entry-point into the world of Rolex for generations. But it inexplicably disappeared from Rolex catalogues in 2014 – perhaps because its 34mm case size was too small for men and not big enough women looking for a more masculine watch. Baselworld 2016 marks the triumphant return of the Air-King, heftier than ever in its 40mm case, 3,6,9 dial with prominent minute scale and that green-n-gold logo. And while we were initially surprised to see Rolex take the Air-King in such a bold new direction, we’re now pretty excited to meet the prodigal son, who, after a couple of years away, has returned with some stories to tell. RRP $7850