When life gave Finnish-born watchmaker of more than 10 years, Susan Galvin lemons, she made a refreshing glass of lemonade, donned a watchmakers coat, and began work on a company that is now ready to share the fruits of her labours. 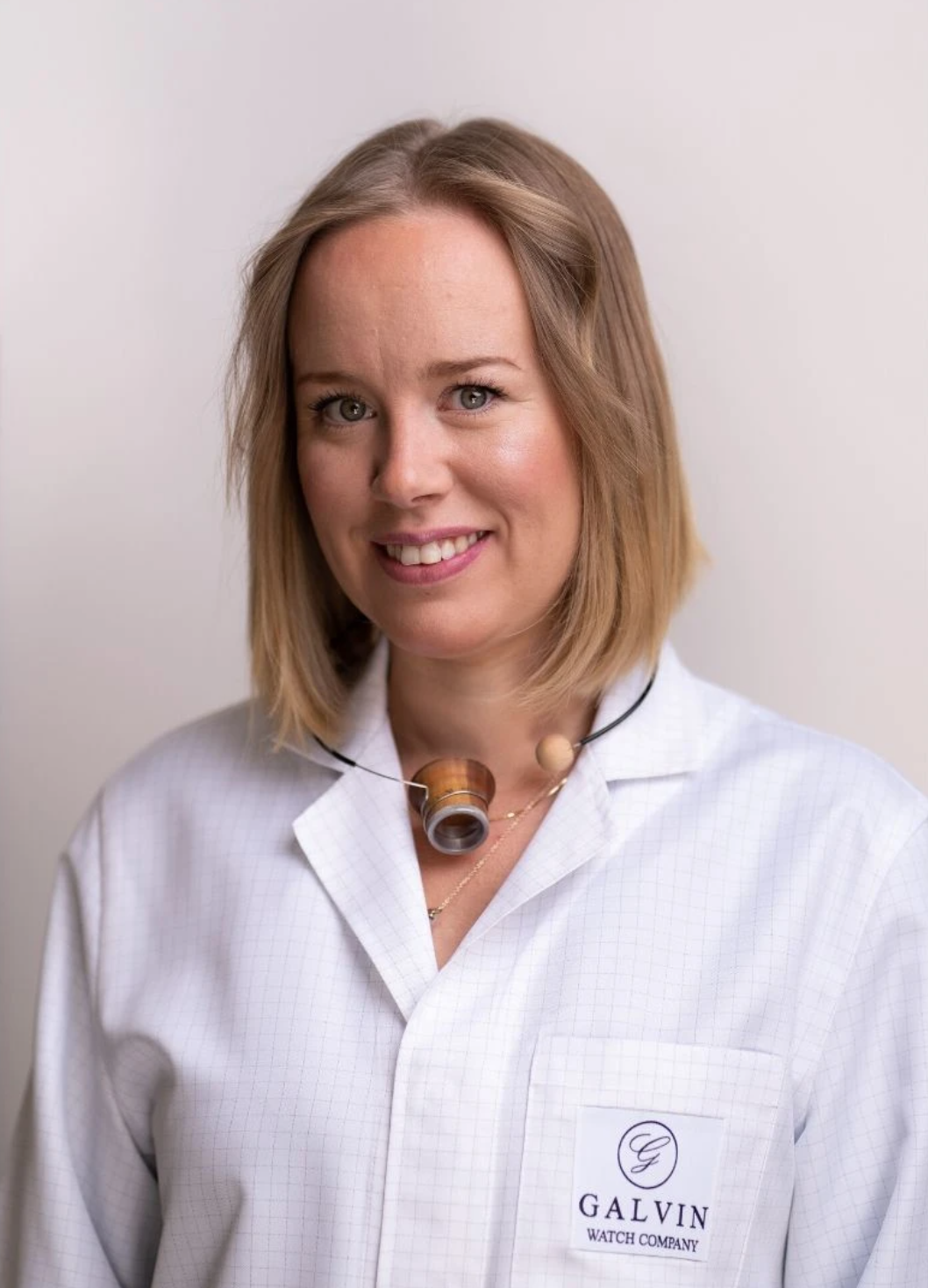 Galvin was made redundant due to a restructure back in March, and to make matters even more challenging, it happened while she was on maternity leave. For many this would have been a debilitating blow, but Galvin opted out of lockdown on the couch watching Netflix, and instead founded her own watch company, designed her first timepiece and raised more than $100,000 in the process. Called the Alku, the inaugural offering from the Galvin Watch Company looks like it could be a compelling entry-level watch, so let’s take a closer look. 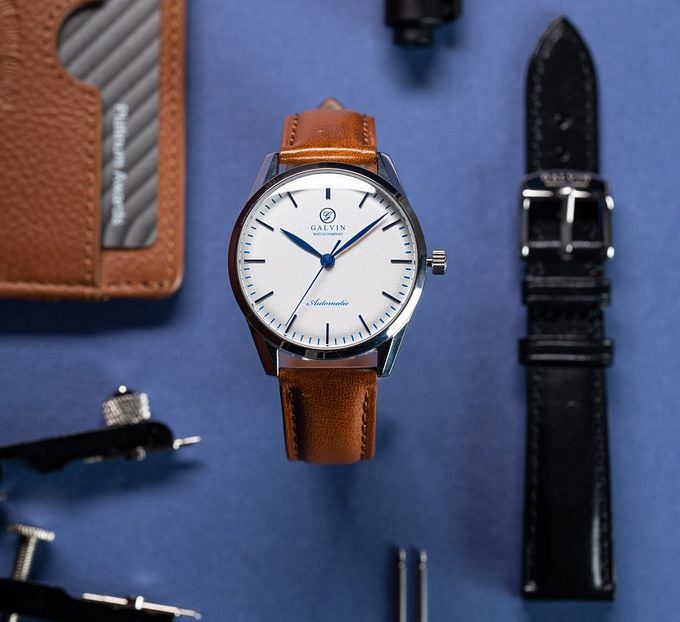 Galvin has clearly employed the full gamut of her expertise working for some of the biggest watchmakers in the game, because the case of the Alku presents as an understated and timeless design. Crafted from stainless steel, the rounded case measures in at a demure 38.65mm across, 12.45mm thick and 44.59mm lug to lug. The case is handsomely polished on all surfaces, and features some nice cues like sharp-looking lyre-style lugs and a decorous knurled crown. The classic case is capped with a domed sapphire crystal, which has been given an anti-reflective coating, and the caseback has also been adorned with crystal, neatly displaying the mechanical movement. 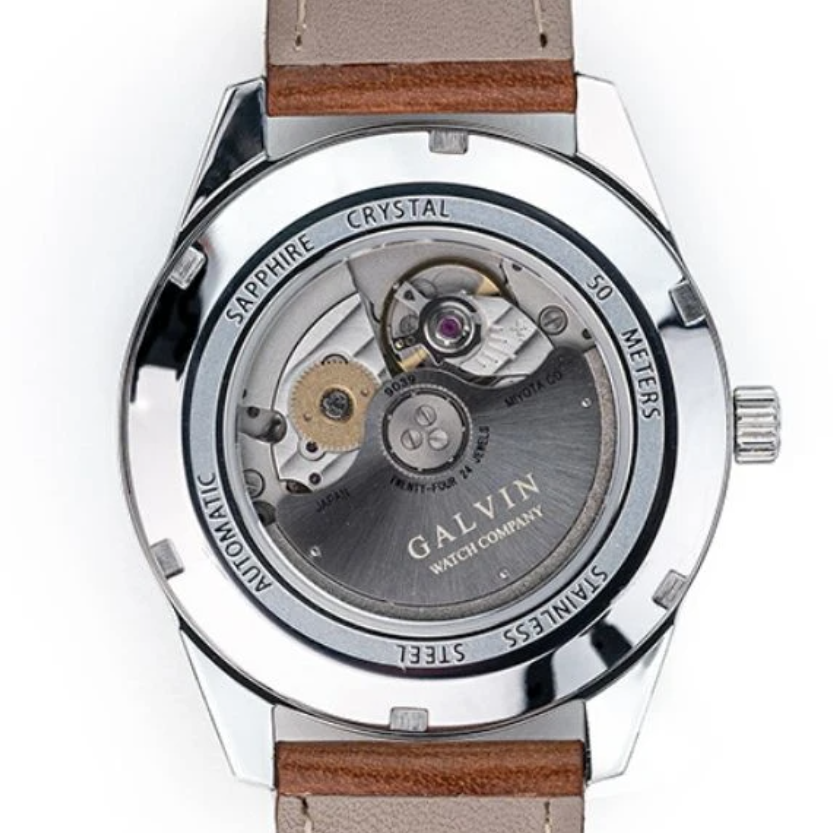 The movement that powers the Alku is Miyota’s Calibre 9039. It is a dependable, tried-and-true self-winding movement with 24 jewels, an operating frequency of 4Hz, solid accuracy and a power reserve of 42 hours. The movement is nicely finished with handsome decorations such as a radially brushed oscillating weight and Geneva striping. 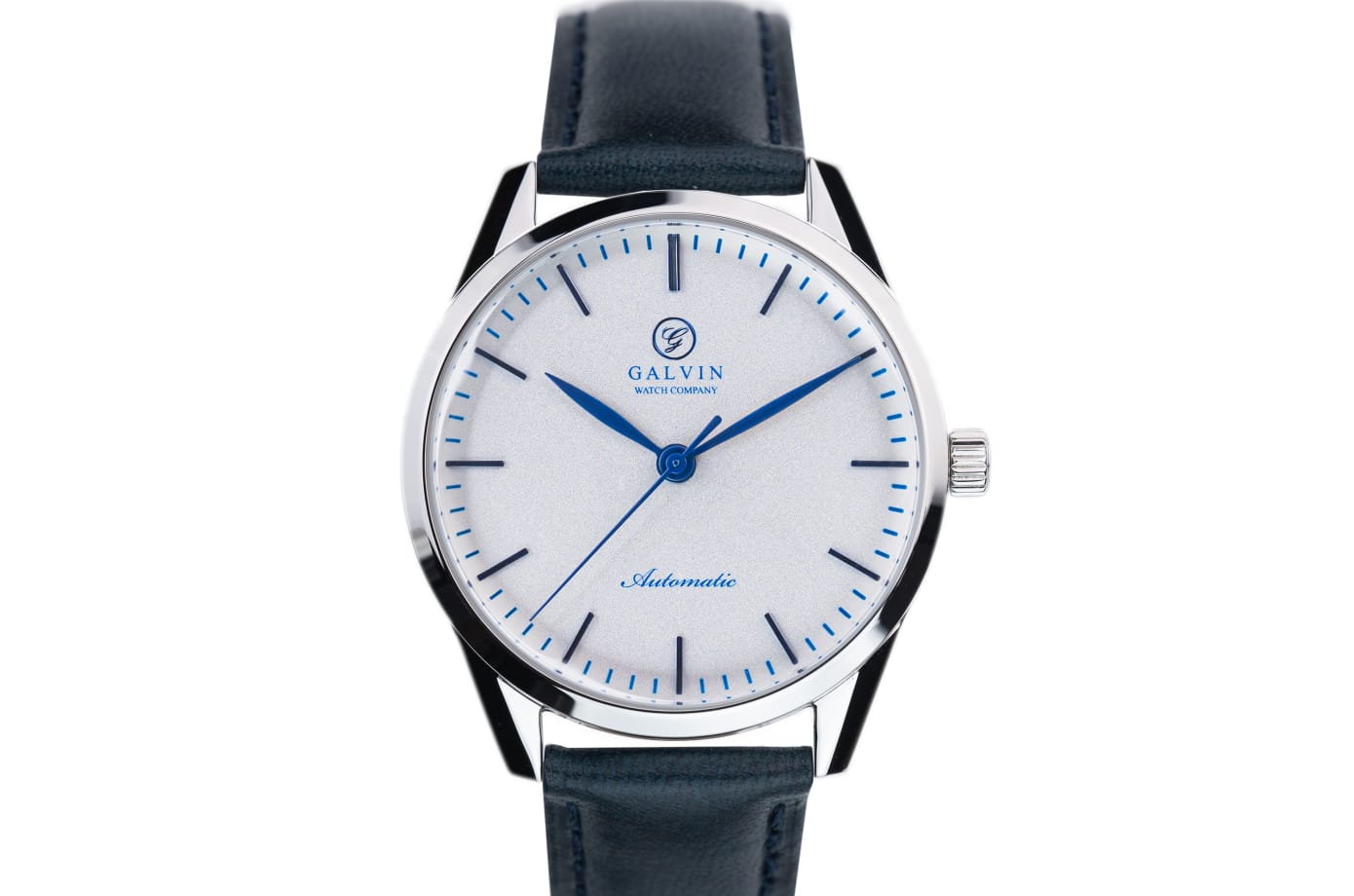 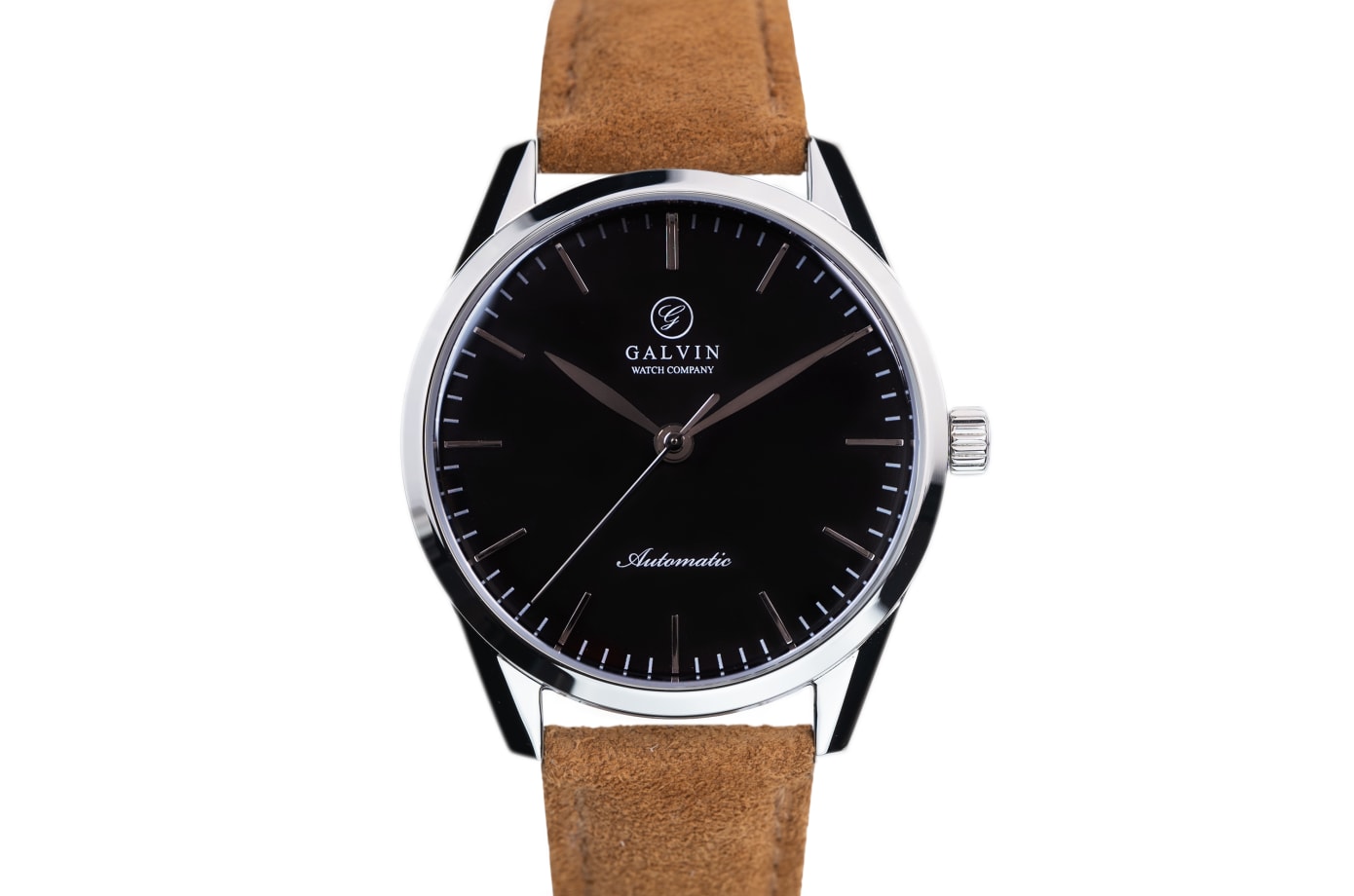 Like the rest of the watch, Galvin hasn’t set about reinventing the wheel with the Alku’s dial. What she has done is once again take her considerable expertise from the industry and create something that draws the best individual elements inherent in classic designs. Available in either white or black, the domed dials, perhaps rather fittingly, have a distinctive Scandinavian design – minimal adornment, maximum practicality. Thin baton-style applied indices line the edge of the dial, as does a sedate open minute track, and these elements neatly complement the sword-like handset. The white dial features electric blue elements, while the black dial is mated with silver accents, and regardless of which you prefer, both will present an elegant and restrained face. 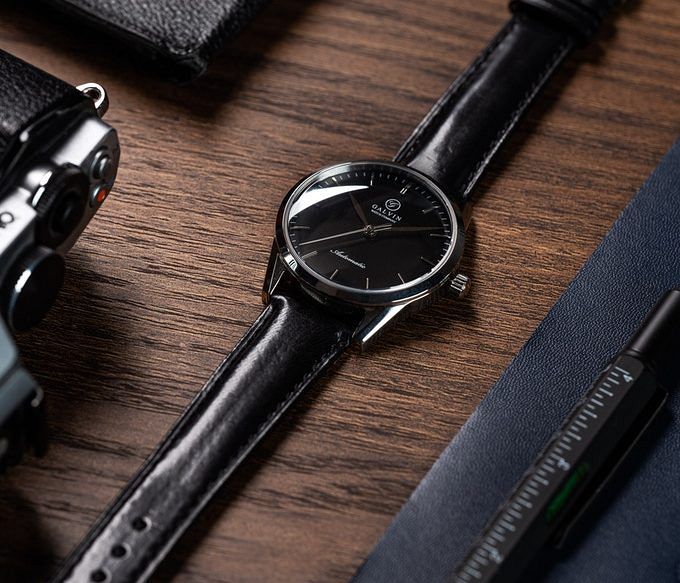 Being a dressier style of watch, the Galvin Alku is, of course, paired with an attractive piece of leather. However, buyers can opt for up to four different strap colours, including black, tanned brown, regular brown or navy blue. Better still, owners will be able to choose whether they prefer a stainless steel pin buckle or deployant clasp to be attached to their leather strap, which is a good way to make a watch feel more personalised. 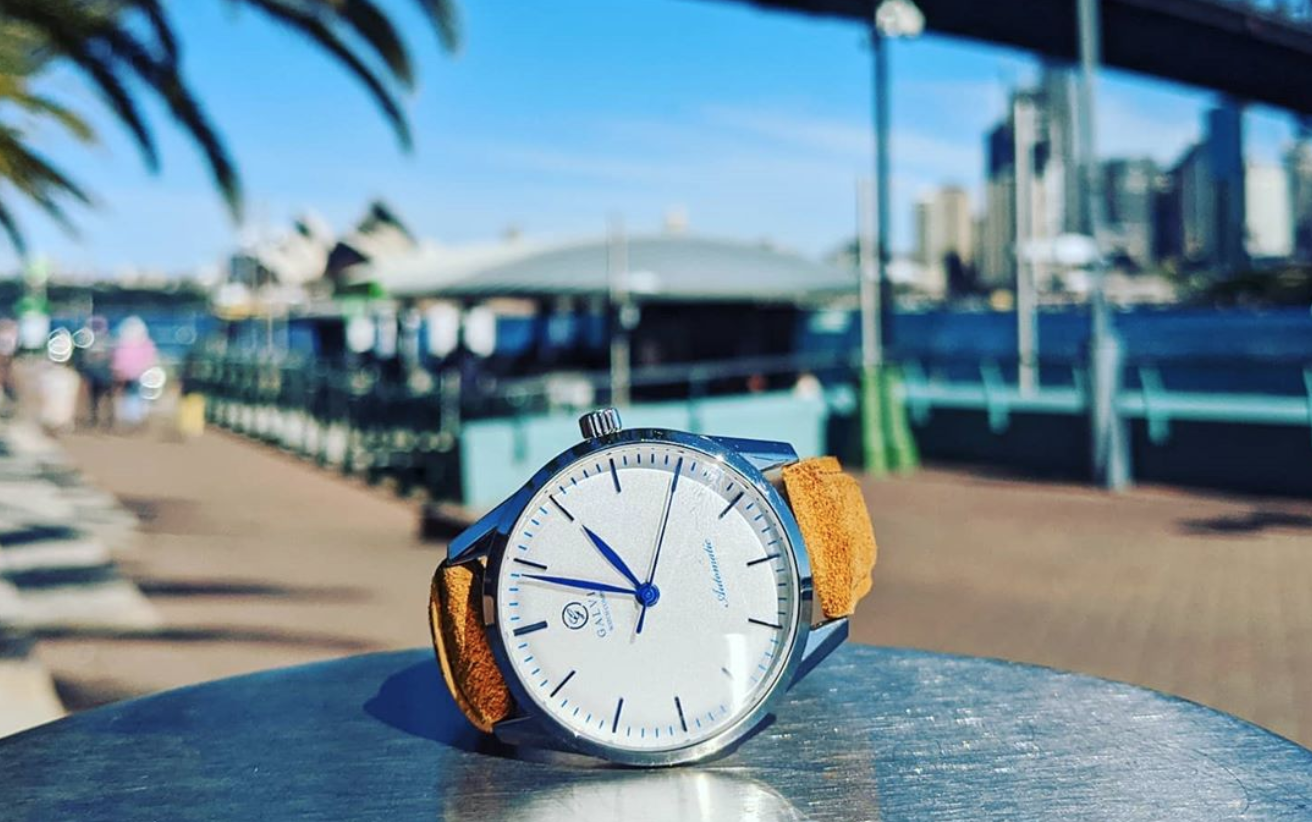 What Susan Galvin has been able to achieve in a few short months, despite tremendous adversity, is inspiring. The Galvin Alku already has garnered hundreds of backers on crowdfunding websites Indiegogo and Kickstarter, and if you’re interested in a good-looking watch made by an inspiring woman that costs just AUD$499 (AUD$649 after the crowdfunding is finished), then it’s certainly worth your consideration.