Let me start by saying that I’ve had quite the week. Summer doesn’t seem to want to end, the T+T Team are working really hard on a few very exciting projects that we’ll be able to announce soon, but that wasn’t all. We were lucky enough to attend the first watch event in real life for the first time in almost exactly a year and it was great to catch up with several Melbourne-based collectors, as well as see some pretty special watches up close and personal. 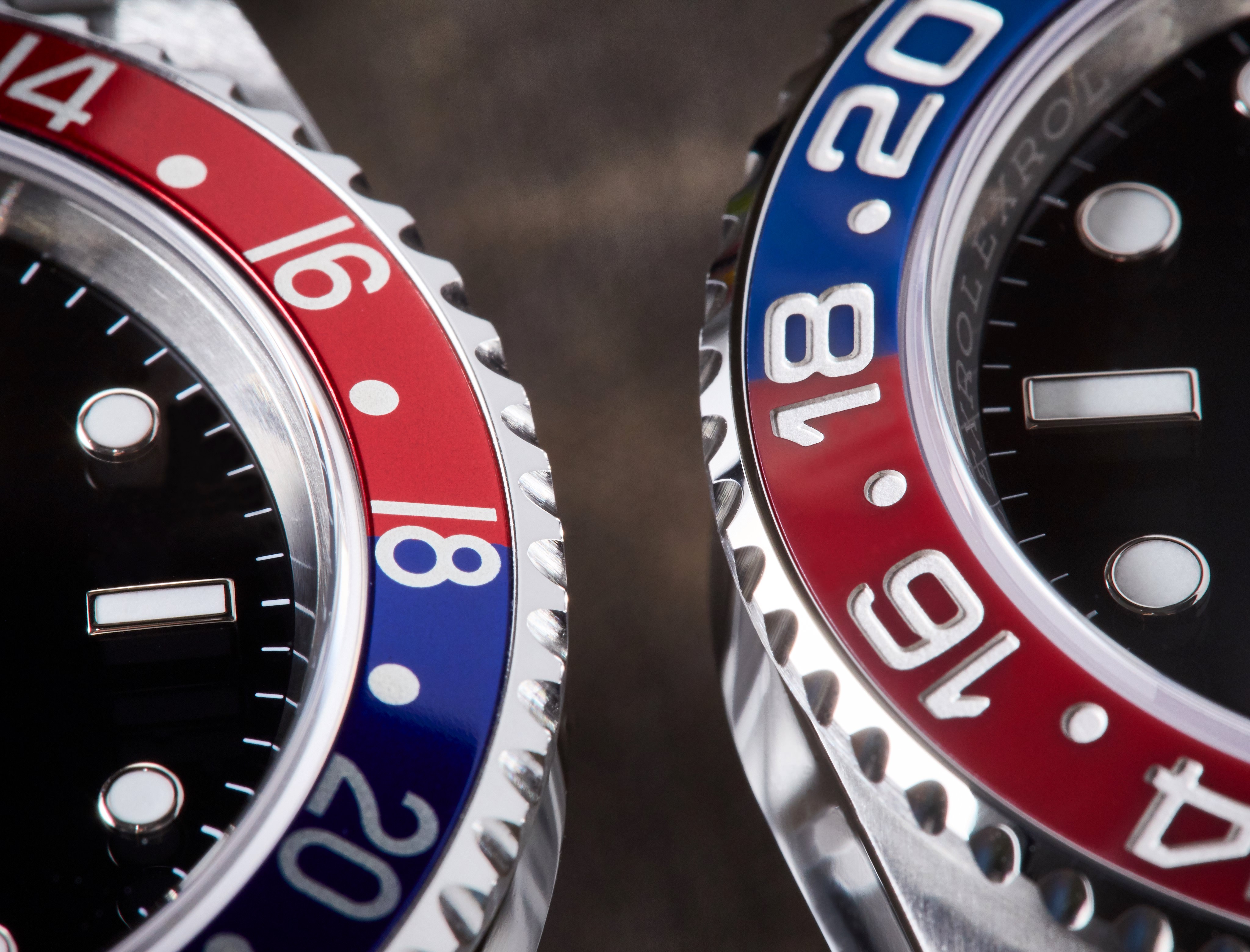 Also, this week we took a close look at a watch that isn’t a new release, but does have a new element to it. The watch in question is the Rolex GMT-Master II Ref. 126710 BLRO that was released in 2018. The element I’m referring to is the colour of the bezel, which has been a hot topic of conversation at T+T HQ. Is the bezel different at all, or is it just the lighting? If it has changed, what are the differences in colour? In our video review, Andrew recalls seeing the watch for the first time at Baselworld and wondering if there had been a mistake, or if these were the colours that Rolex had originally intended? The red seemed more like purple. And the blue, a bright violet? 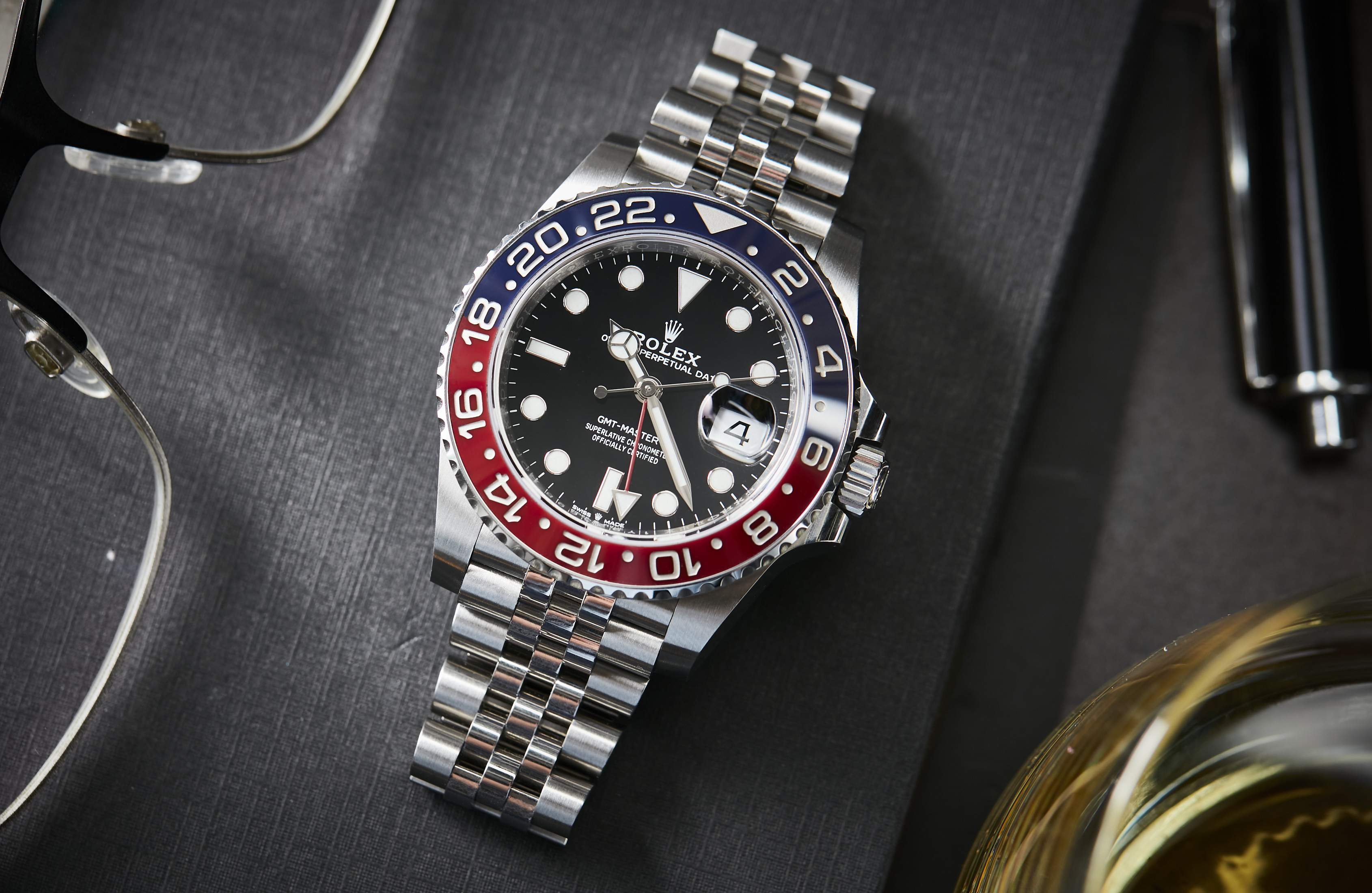 In a photo we tracked down by @swisswatchonist the riddle looks to be solved. When the Ref. 126710 BLRO was first released, Rolex may have used the bezels (known as MK1) from the first ever Cerachrom Pepsi bezel from the white gold GMT Master-II Ref. 116719 BLRO, before tweaking the ceramic composite mix to create the darker, more saturated and infinitely less bright MK2 bezels that we see today. You can see the most recent steel 126710 models side by side in our video below. 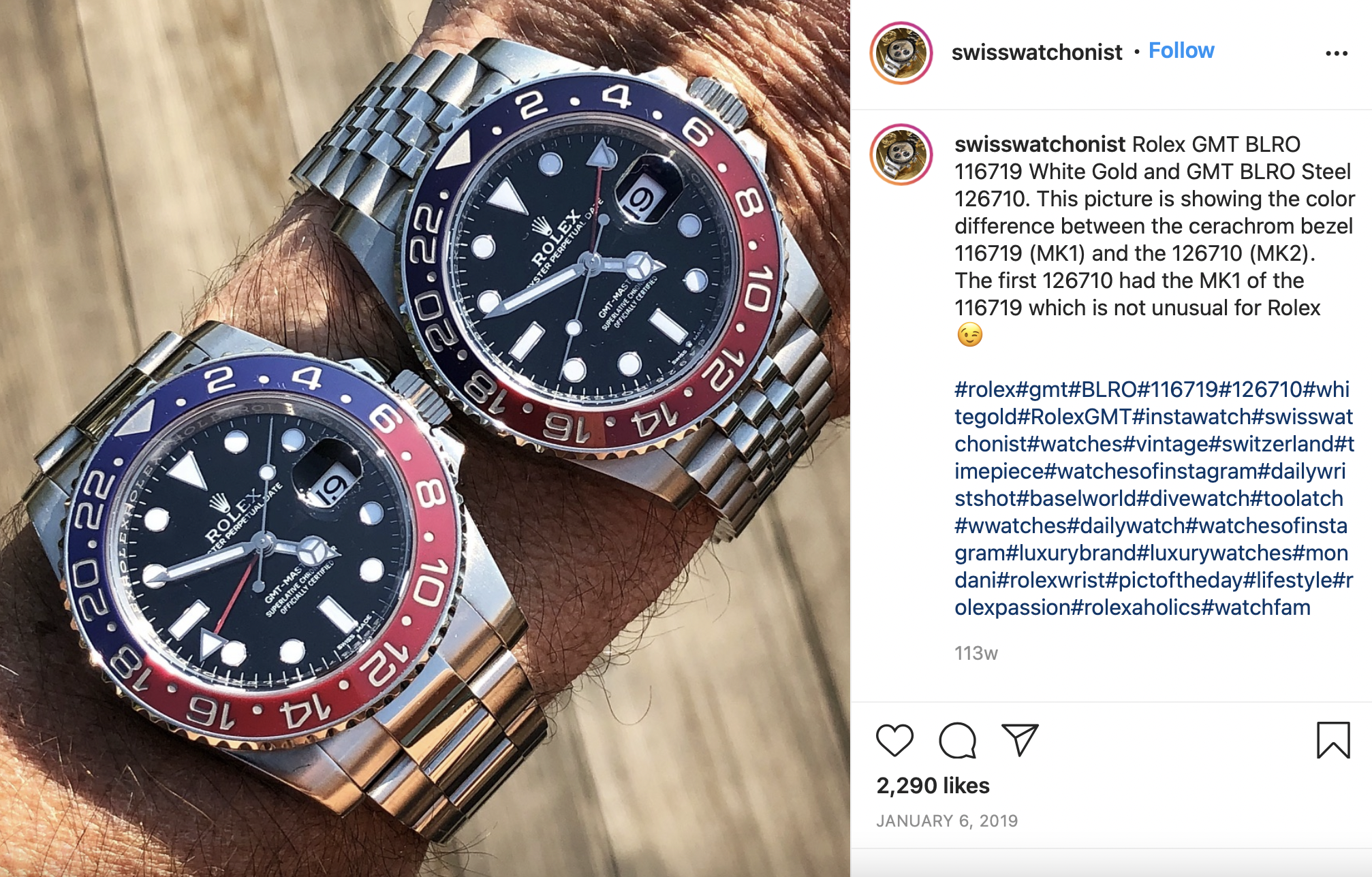 Interestingly in a post on the Rolex Forums however, the MK1 bezels actually look to be a lot closer to the colours of the previous generation of Pepsi in the Ref. 16710, both in their shade and how bright they are. 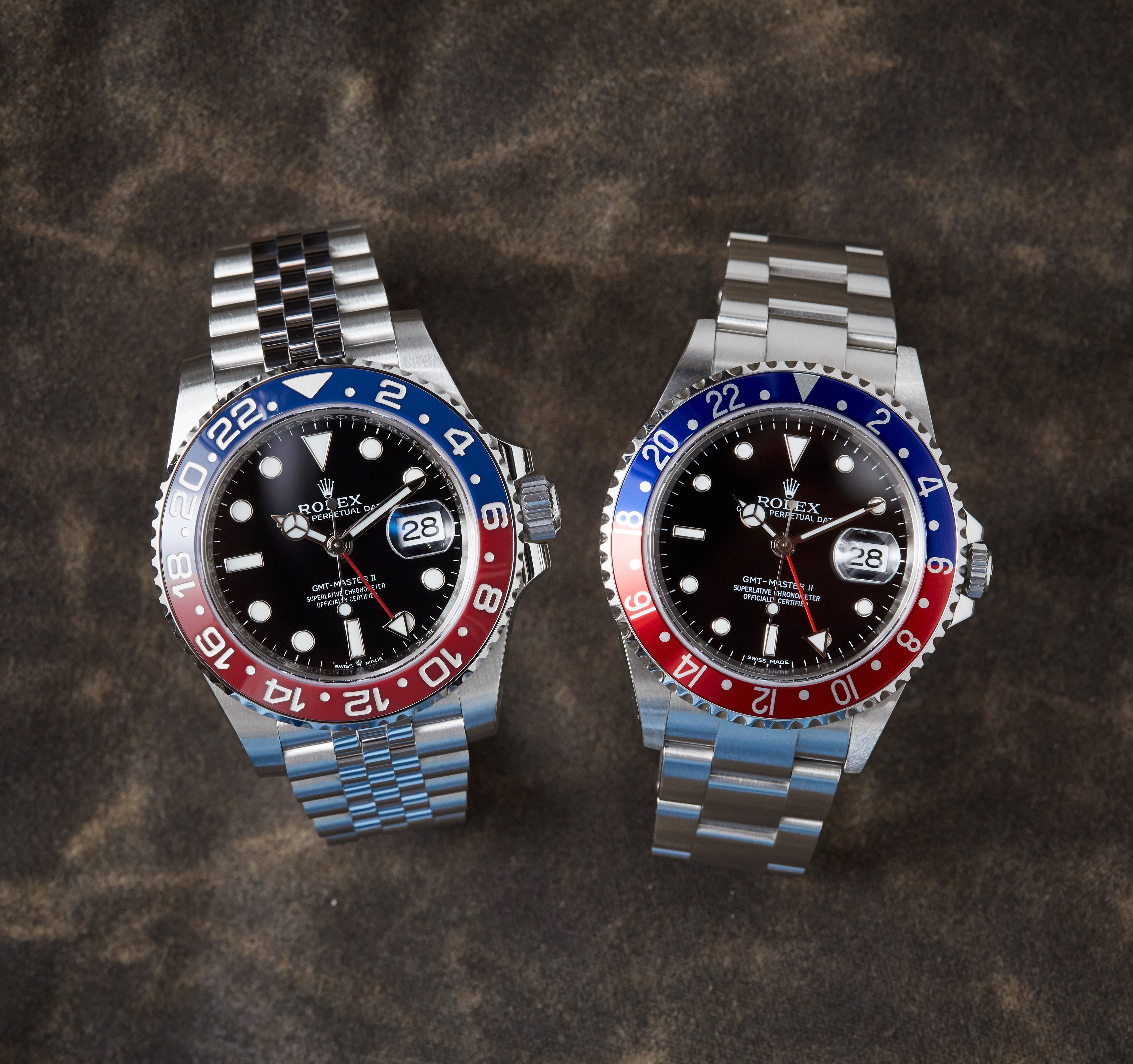 Regardless of what the exact reason behind the differences in colour, the Rolex GMT-Master II Ref. 126710 BLRO is a watch with a lot of history and a lot of hype behind it, so make sure you check out the review to see if it lives up to all the love that it gets.

P.s – Sorry to create the FOMO, but just have a look at where we lay our scene for the Jaeger-LeCoultre event. Heaven. 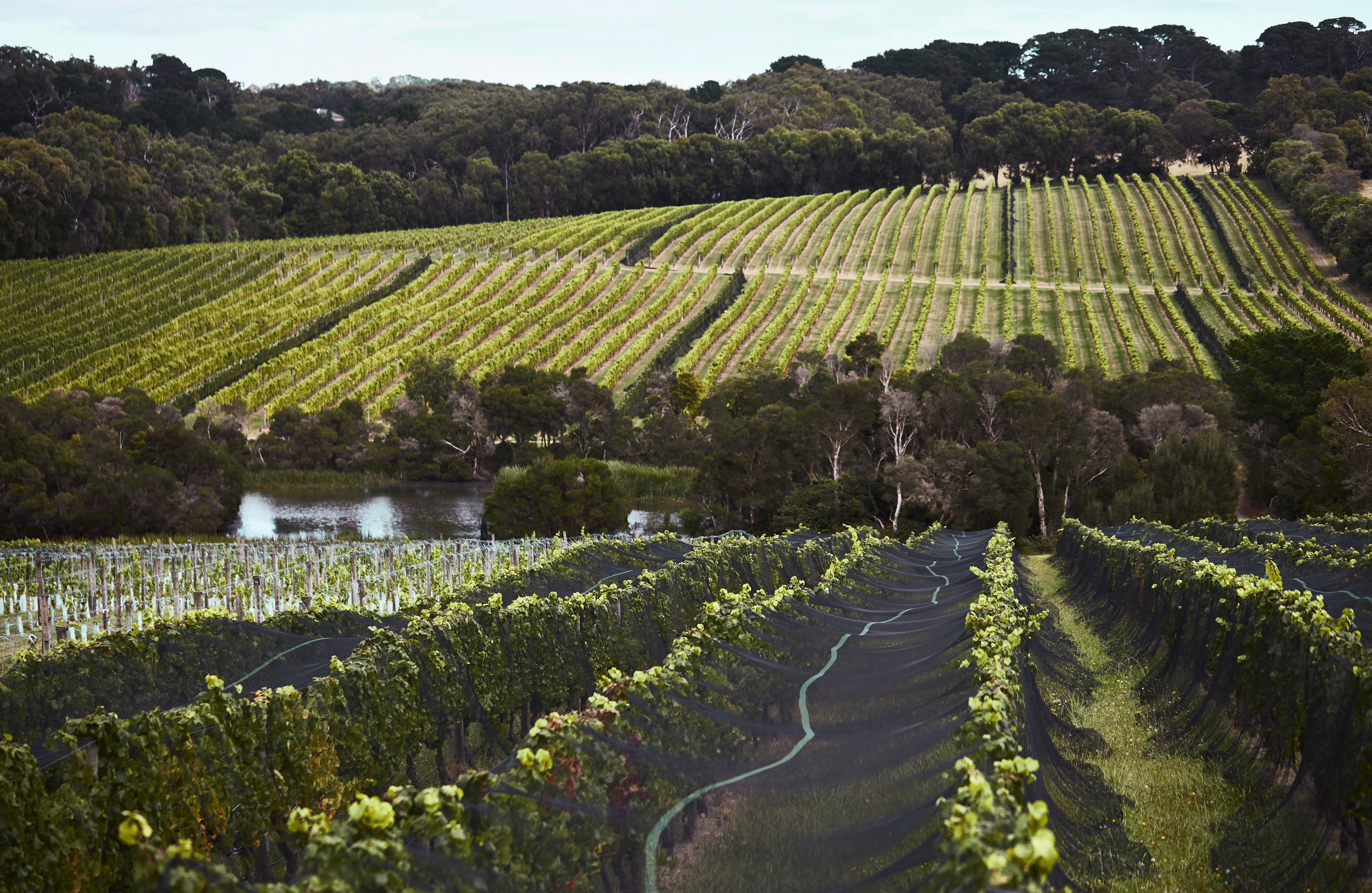 If you’re a regular reader of Time+Tide, you’ll know exactly how much attention the latest generation of Rolex Pepsi gets. But is it warranted? And does it deserve the premium that it commands on the pre-owned market? Check out the video above, and the article right here.

Missing watch events? Don’t worry, they’re slowly happening again, but in the meantime join us on Clubhouse this Friday/Saturday 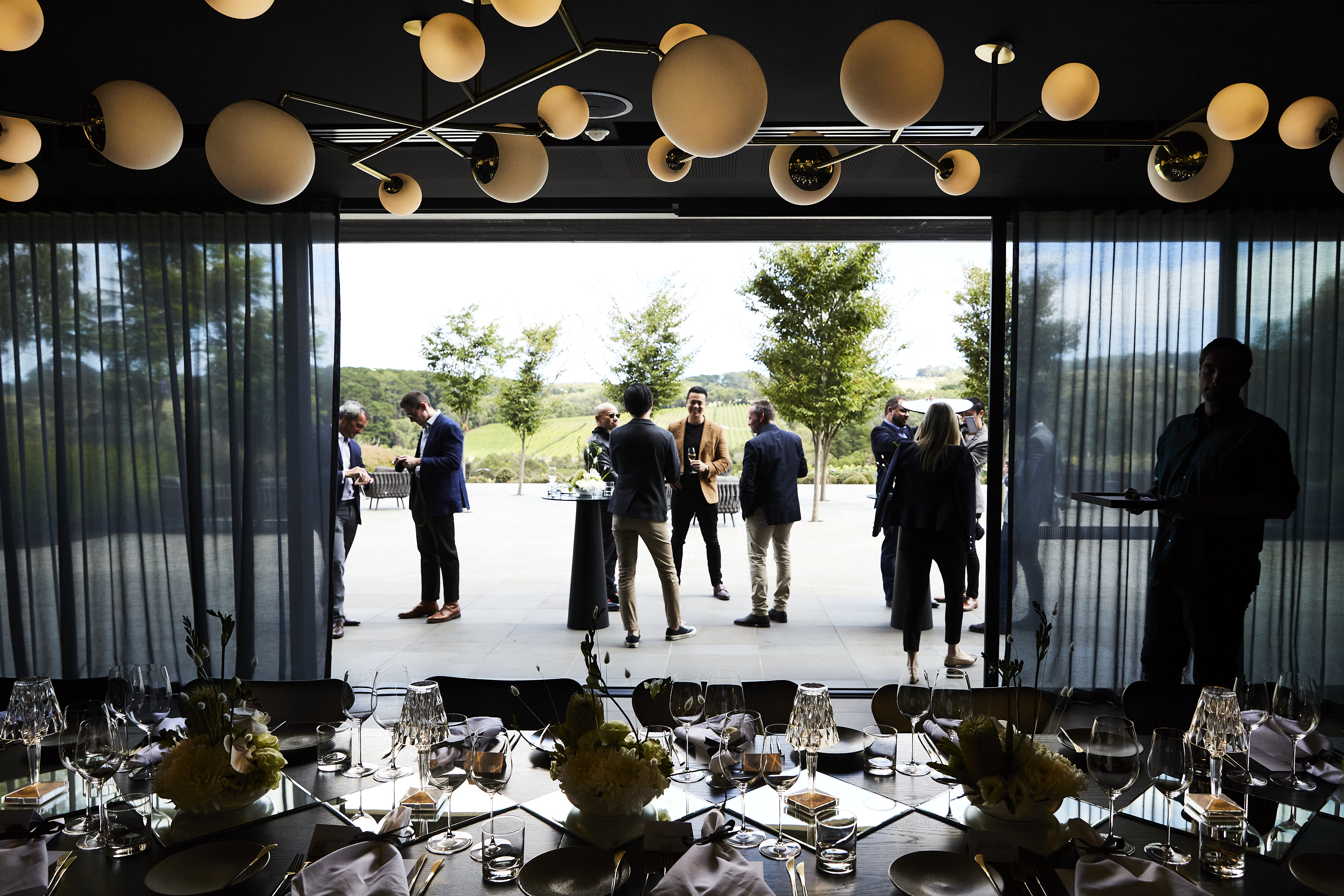 While it was a pleasure to be able to attend an event this week, there are many Time+Tide readers who still aren’t able to gather together again because of coronavirus restrictions. If that’s you, then make sure you join our Clubhouse event this weekend to enjoy the next best thing with us. It’s called ‘The Breakfast Club’ (because when New York knocks off for beers, we’re tucking into brekky down here) it’ll be hosted by our Clubhouse Captain Zach Blass this week at Friday 5pm EST for those in the US and Saturday morning at 9AM AEDT for us Australians. Check out all the details right here.

The craze of collectable Casios 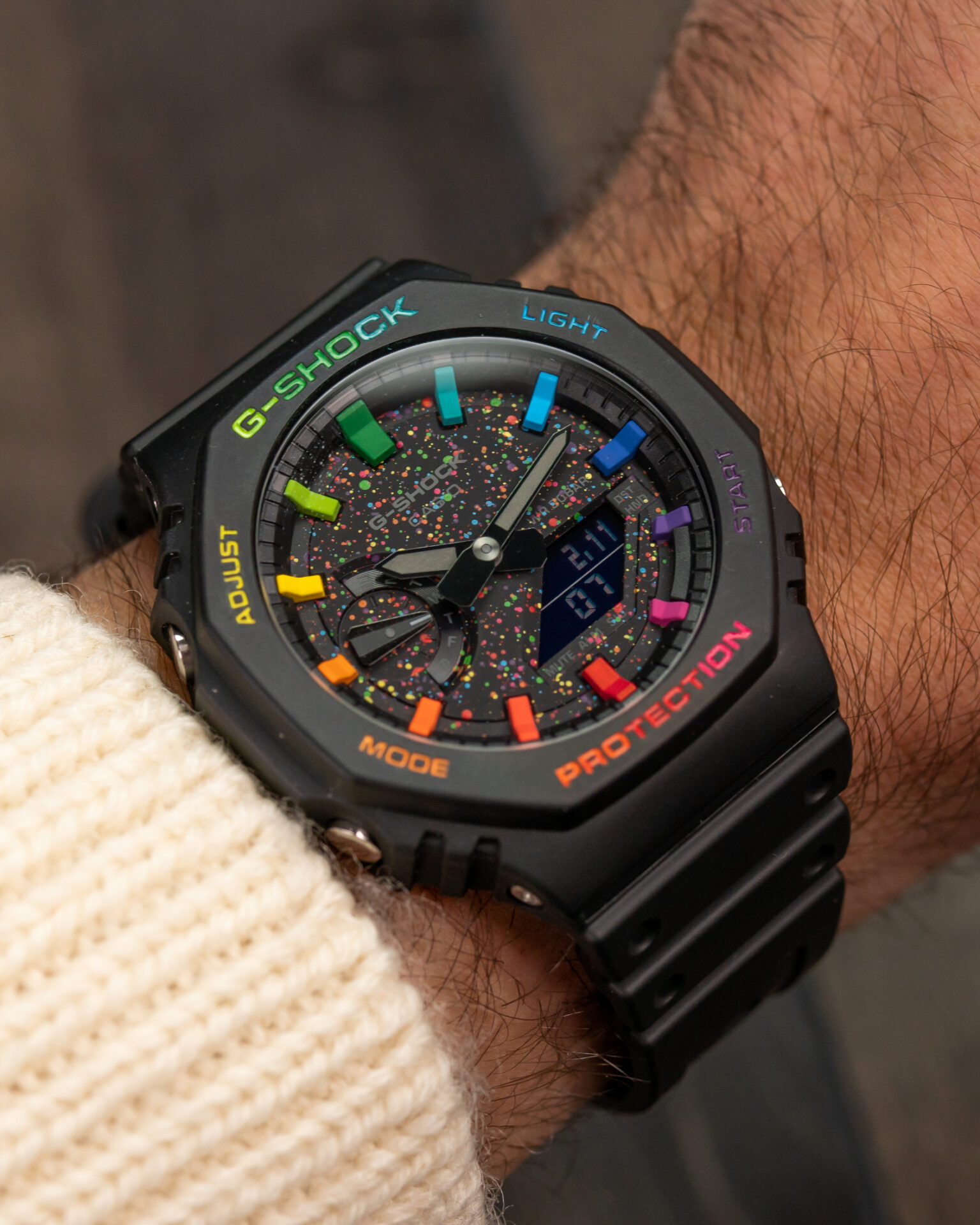 The Casio G-Shock is a humble go-anywhere-do-anything sort of watch, with almost universal appeal. It’s this appeal that is seeing a growing groundswell of an enthusiastic collector community around the G-Shock, boosted even further thanks to the ability to modify G-Shocks as your heart desires. This week we took a look at the growth of the collectible G-Shock and our man in Norway, Thor had the opportunity to speak to one of the better known aftermarket modifiers, The Dial Artist.