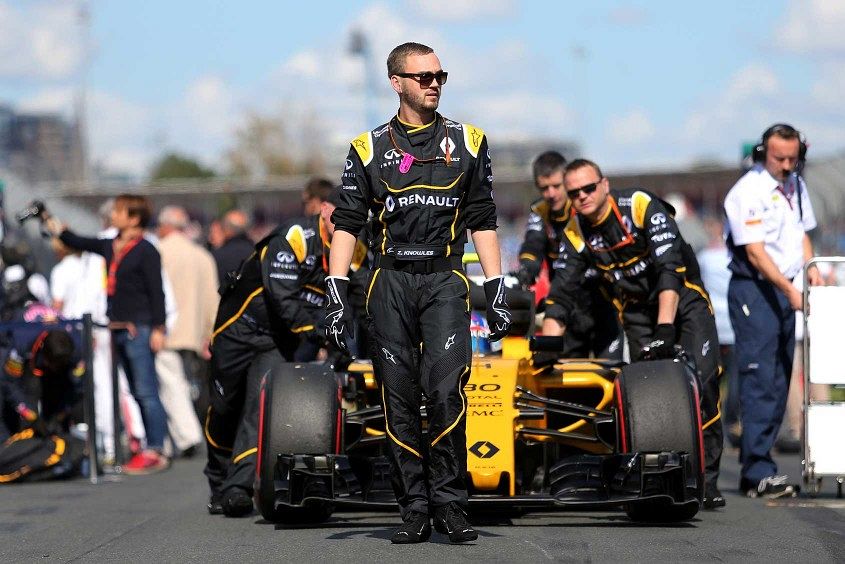 There’s an unavoidable sense of enthusiasm in the Renault Sport F1 garage at the Albert Park racetrack in Melbourne, Australia. It’s the lead-up to the first Formula One Grand Prix of 2016, the Australian Grand Prix, and it’s that particular brand of light-heartedness that can only come with this kind of fresh start. It’s not all fun and games, though. You can still feel the pressure among the engineers, drivers and support staff. But it’s underscored by a great sense of community, and of humour. The world of Formula One is characterised by camaraderie as much as rivalry, after all. 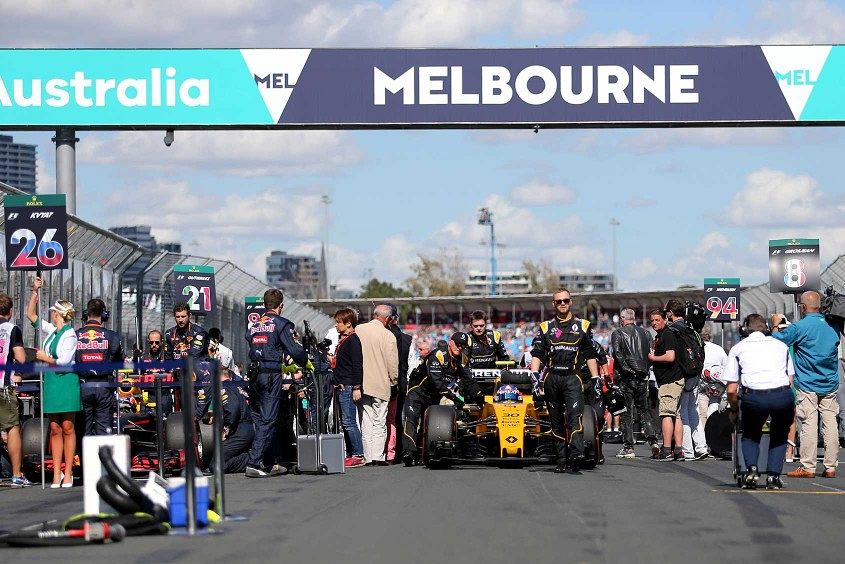 During the off-season Renault secured the naming rights to what was the old Lotus Formula One team, and although most of the personnel are familiar, everything else marks a new beginning. Two new drivers, a new car, new colours, and a new sponsor in Bell & Ross. The team wear crisply pressed bright yellow polo shirts that match their big Bell & Ross watches. In the world of Formula One where Rolex Daytonas and Tag Heuer Carreras clearly dominate the paddock, the square Bell & Ross stands out as a confident upstart – much like the Renault team itself. Technical, modern, thoughtful, and bold. 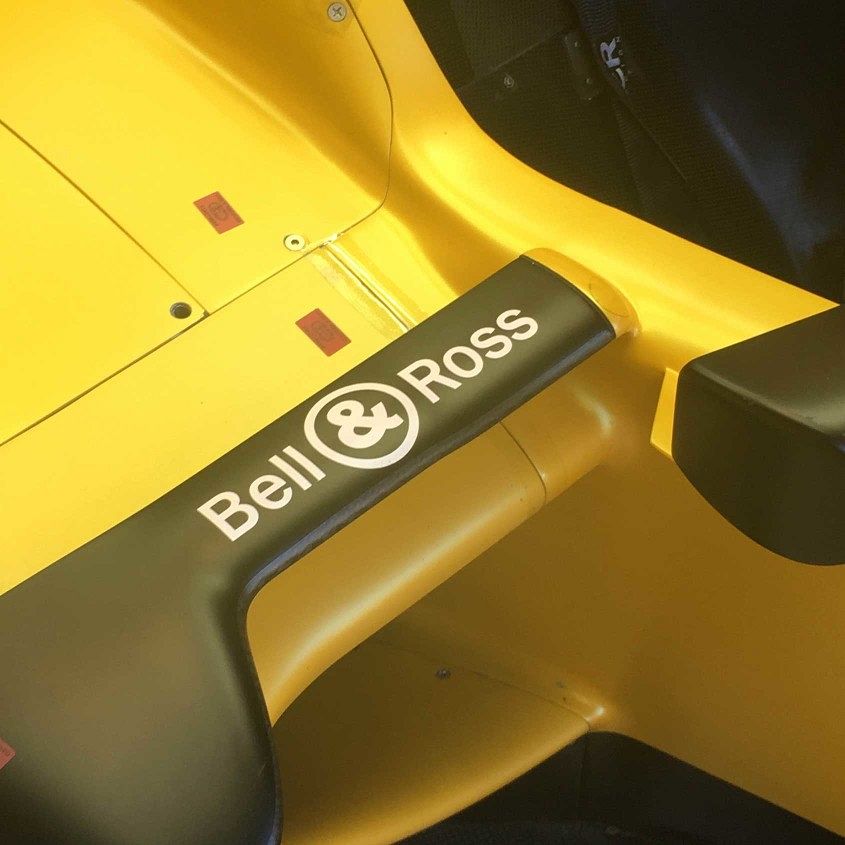 Motorsports and watches have always gone hand-in-hand, but this is the first significant foray into racing by Bell & Ross. Although Renault took over the naming rights to the team in December, Bell & Ross only signed as a sponsor last month and the ink has barely had time to dry before the Australian GP. Head of Marketing for the Renault Sport F1 Team, François Puentes, says that pace of development is something that Renault embraces rather than shrinks from. “We can take a concept from the drawing board to execution within 24 hours. We have to.” François exemplifies the team perfectly: young, cool, candid, and oh-so French. 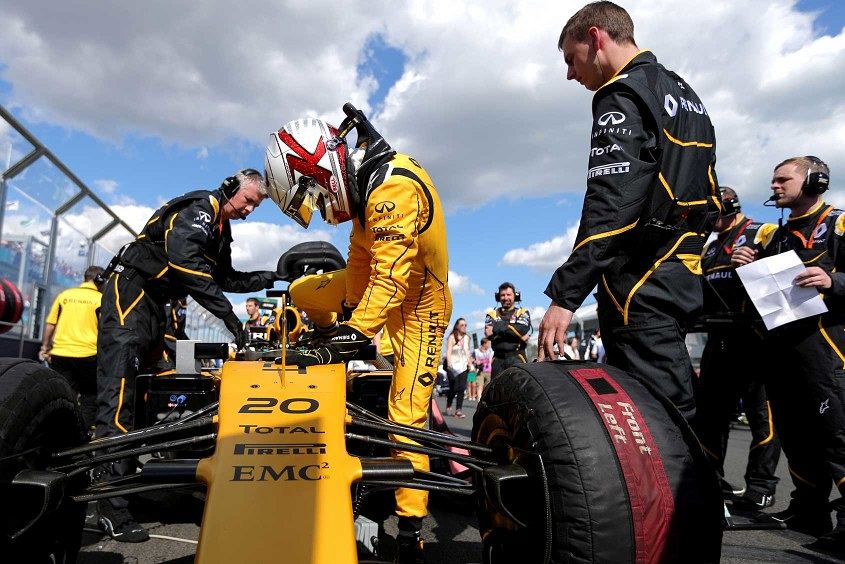 On the opening lap of the Australian Grand Prix 2016, the Renault driver Kevin Magnussen gets a flat and limps the car back to the pits. To ensure no pit stops are faked (in a format where pit strategy is king), the majority of the team aren’t allowed out onto pit-lane until the car is 20 seconds away. The green light flashes and the crew spring into life. After replacing all four tyres on the Dane’s car in around two seconds, the crew return into the garage to take their seats as a joke rubber snake is thrown around playfully. The garage settles into a hum. There is an air of relief that the young Renault drivers have made it through the first few laps of the first race of the season without a major incident or breakdown. The trust and responsibility now lies with them to make the most of the precision instruments that are the Renault cars. 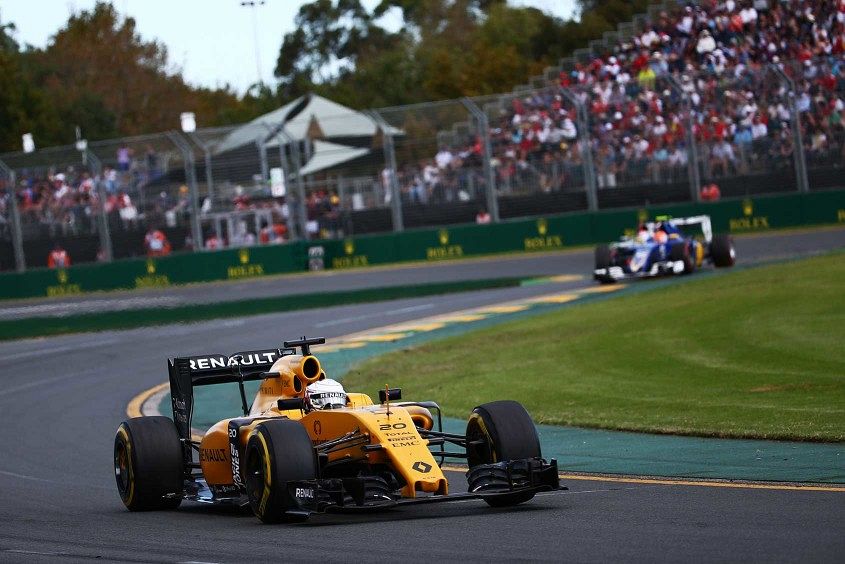 Long known for their association with the aviation world, it’s easy to see why Bell & Ross has chosen to come back down to earth, landing right on the F1 tarmac where they seem immediately at home. After all, many of the guys who design the F1 cars are aerospace engineers. Bell & Ross’ watches are manufactured with the same focus on performance, reliability, usability, and precision. The official watch of the Renault Sport Formula One Team is the BR-X1 Carbone Forgé. We can expect to see a signed version later this year – likely the same model, but with yellow detailing. 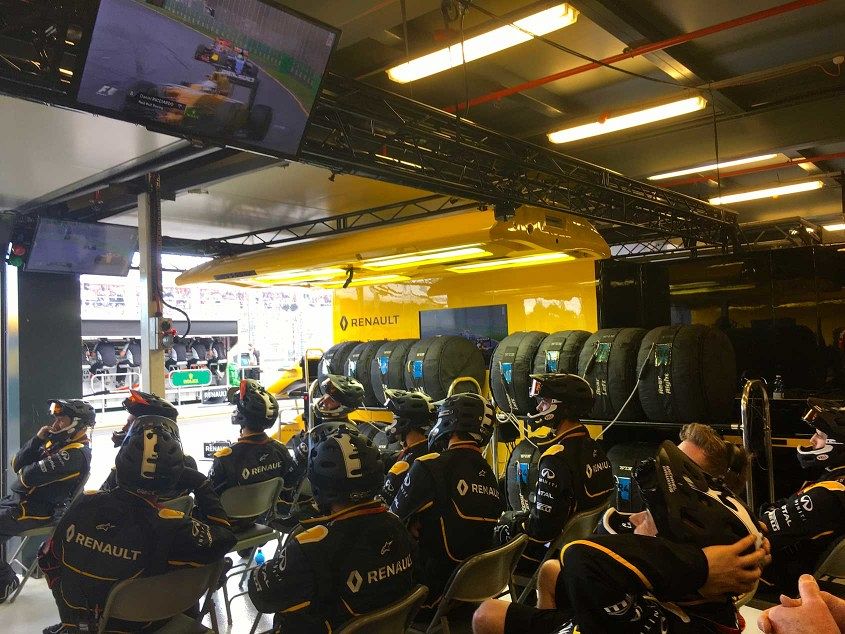 The lightweight 45mm forged carbon case of the Carbon Forgé strongly resembles an F1 car’s lightweight carbon brake rotors, with the skeleton dial showing off the inner mechanism of the BR-CAL.313 automatic chronograph movement. The watch is all of the things that Bell & Ross embodies, but amplified. 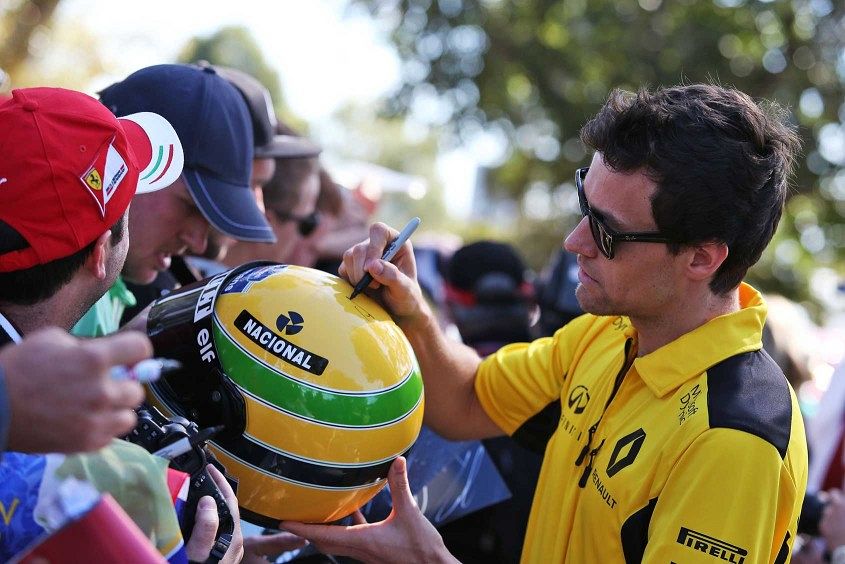 When the race ends, the French Formula One team has left some raised eyebrows amongst the veterans in the paddock. Their two young drivers have proven that they are hungry, talented, and equipped, and cannot be ignored. Very much like Bell & Ross, whose square case of the BR 01 upset traditionalists a decade ago. This looks to be a partnership to watch.

Renault may not have won, but we still had a great day. Thanks to Bell & Ross and the Renault Sport Formula One Team.